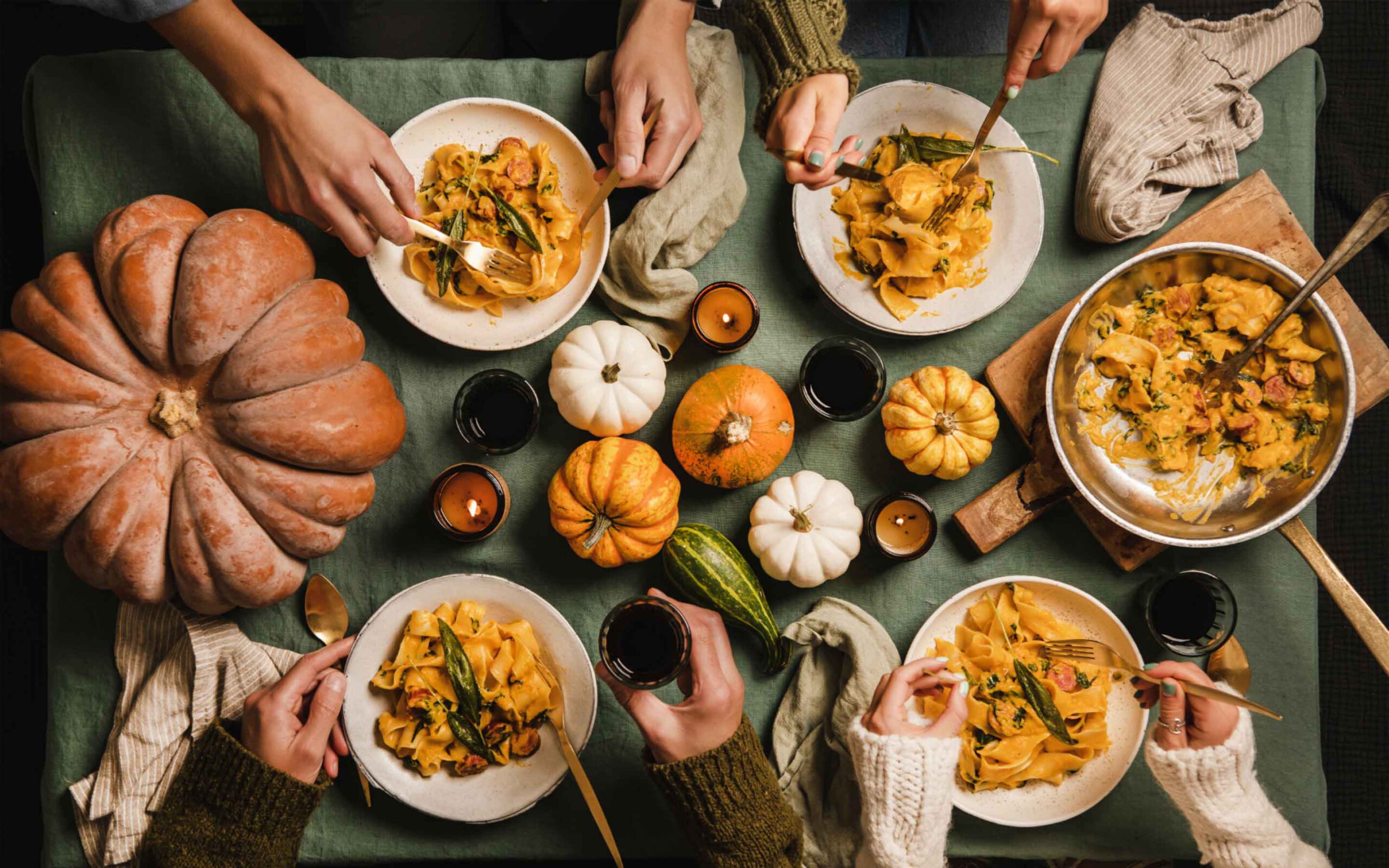 rtificial intelligence uncovers which holiday foods will perform best for advertisers—and the results are surprising.

When it comes to preparing Thanksgiving dinner in the United States, Americans have a lot of opinions. Some families make sweet potato pie with marshmallows, others prefer candied yams. Some serve their cranberry sauce fresh, others canned. And don’t get the masses started on stuffing (it shouldn’t have fruit in it!).

Personal preferences aside, though, what Thanksgiving foods will resonate most with customers?

To find out how to build the perfect Thanksgiving dinner for your upcoming digital marketing campaigns, Shutterstock.AI looked through thousands of plates and millions of meals to determine which dishes had the highest click-through rates (CTRs).

Check out the results—and thank us later.

Trade in the Turkey

Despite being the food most universally associated with the U.S. Thanksgiving holiday, turkey does not perform best in digital marketing materials.

In fact, turkey has seen its click-through rate (CTR) trend down over the last two years. This could be due to pandemic-fueled meat shortages or simply less demand.

So, which protein tops turkey? Ham.

Ham has seen a rise in clickability over the past couple fall seasons, and it’s projected to have a 174% higher CTR than turkey this Thanksgiving. 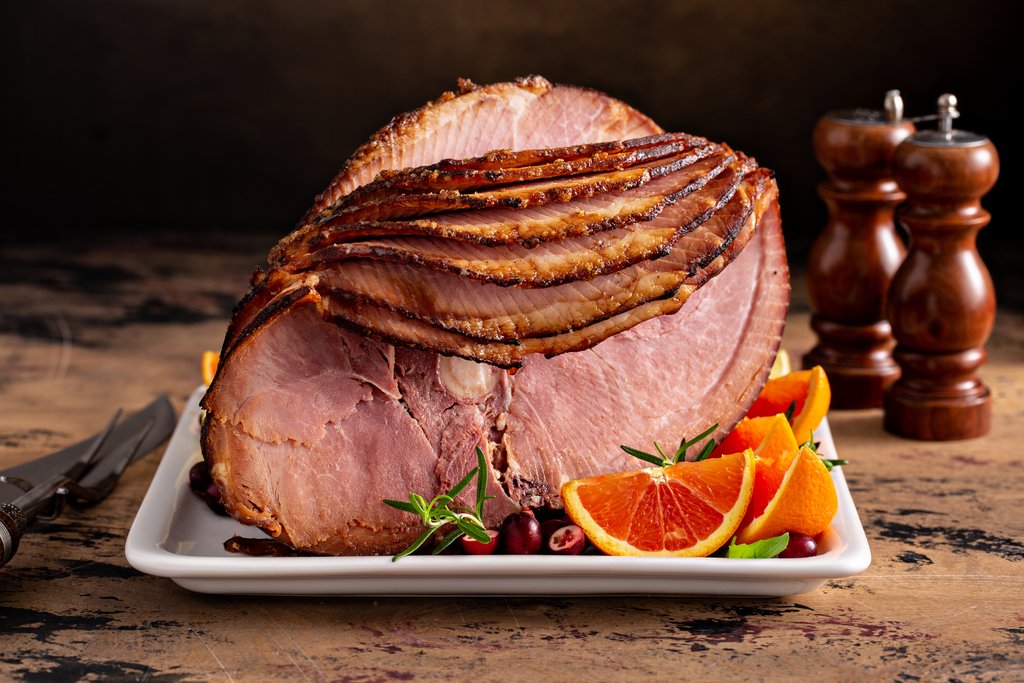 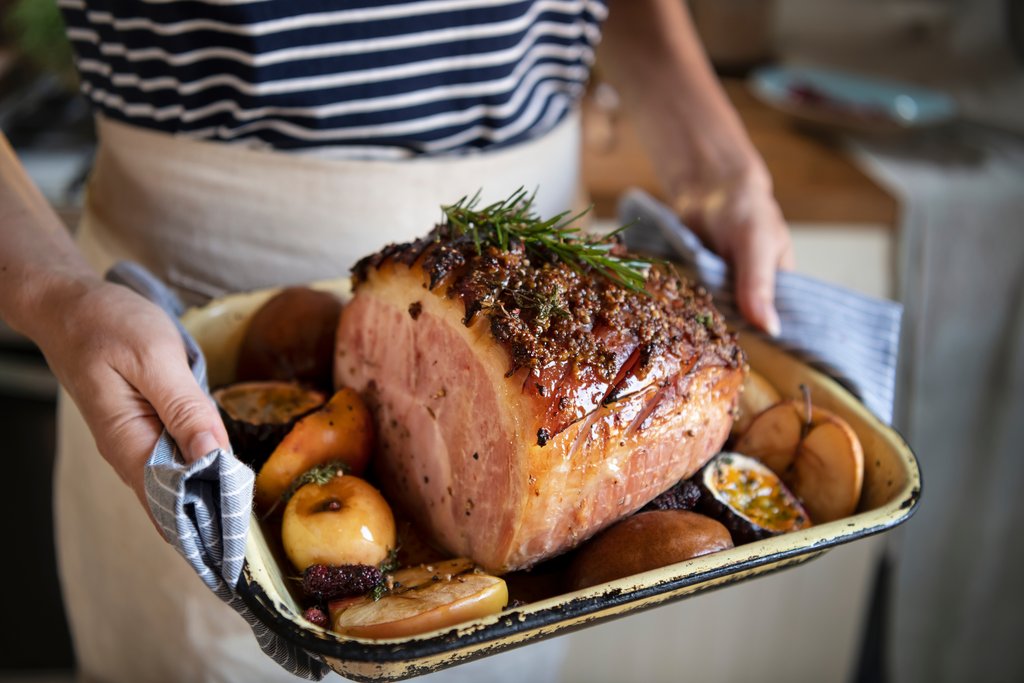 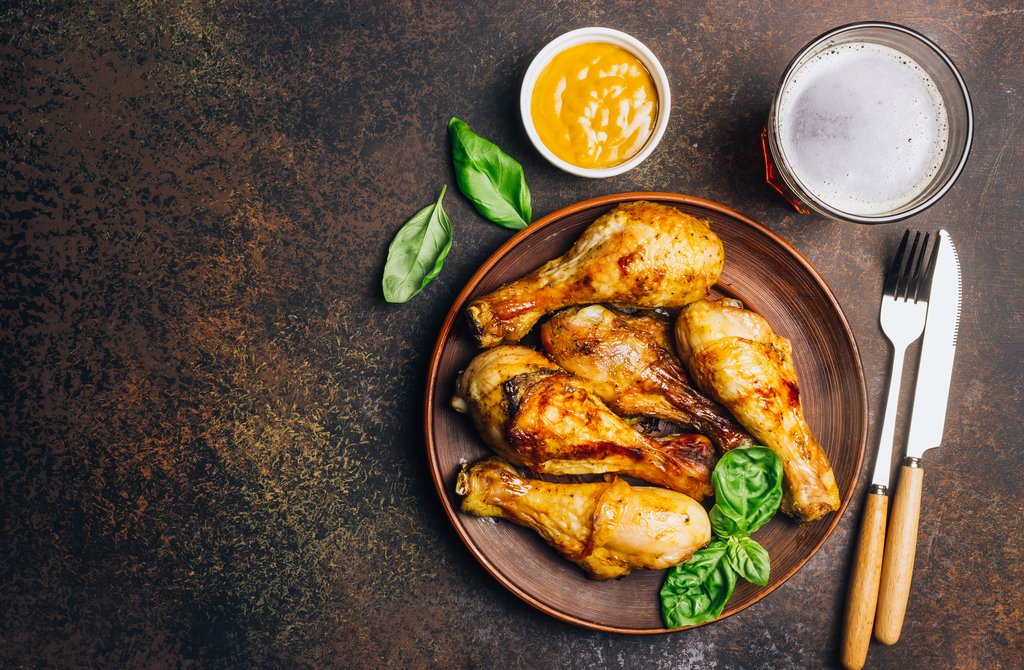 Other proteins that are trending up—steak, roasts, and tofu. Images via Elena Veselova, Rawpixel.com, and Julia Mikhaylova.

Even chicken trumps turkey, with a 52% higher CTR, making it the most clickable poultry of the season.

Pile on the Mac & Cheese

There are so many crowd-pleasing carbs at the Thanksgiving table, but only one wins in terms of clickability—macaroni and cheese. In fact, this gooey favorite is 29% more clickable than stuffing, the second-most engaging side dish. 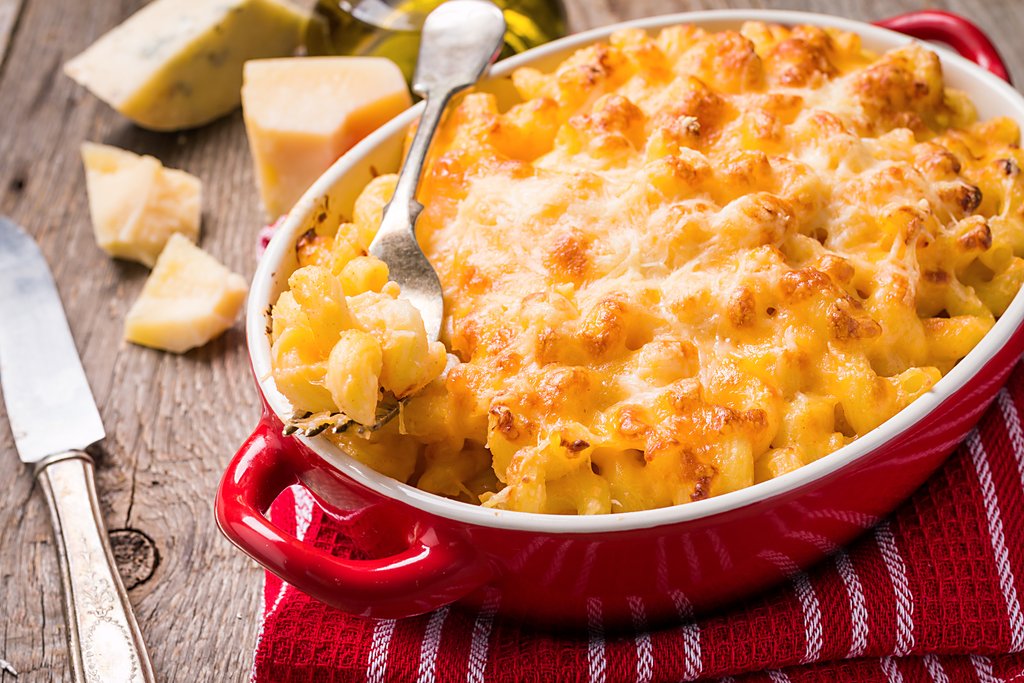 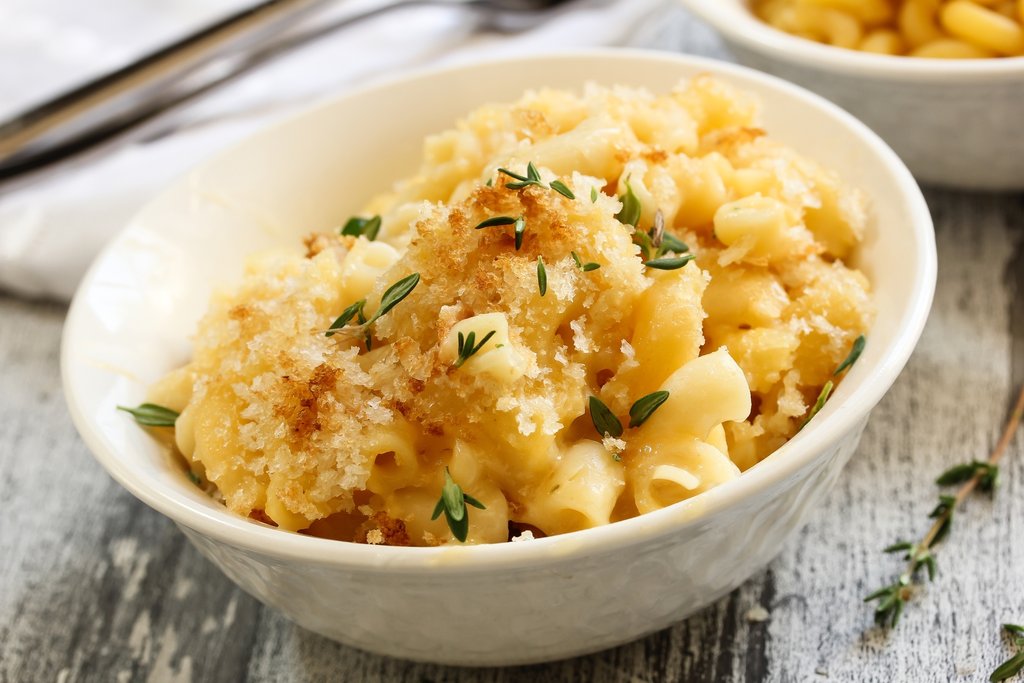 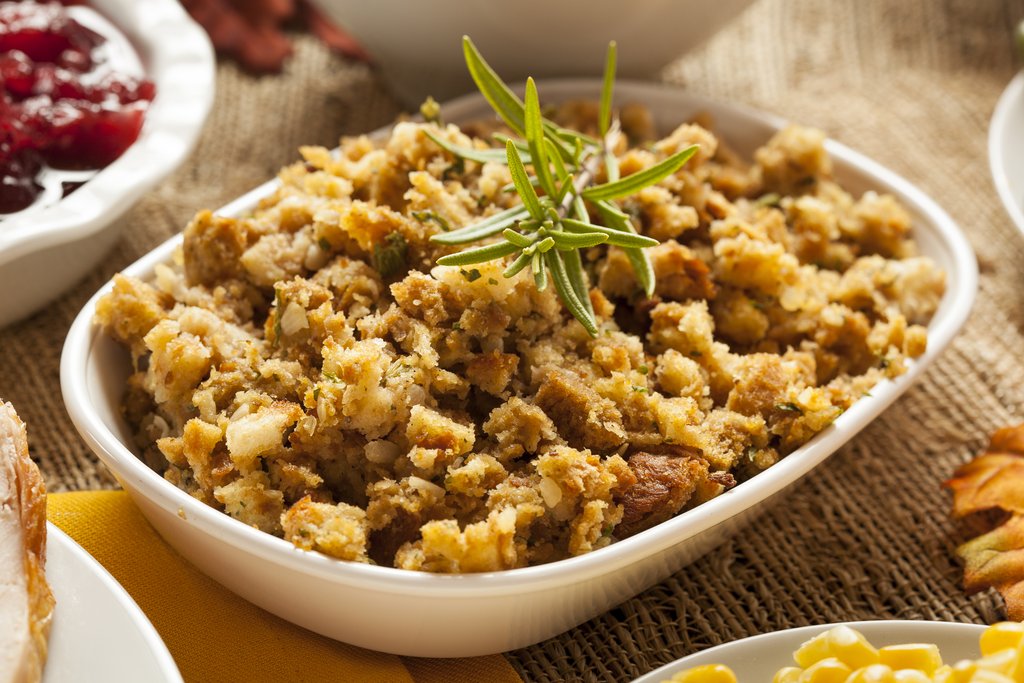 Mac and cheese reigns supreme when measured against the engagement rates of other pasta dishes, too. Its CTR is 109% higher than all other images tagged “pasta.” While stuffing is the second most-engaging side dish Images via Goskova Tatiana, vm2002, and Brent Hofacker.

Potato fans, save your appetite. Despite losing to mac and cheese, certain types of spuds still drive clicks, according to AI. Specifically, sweet potatoes. 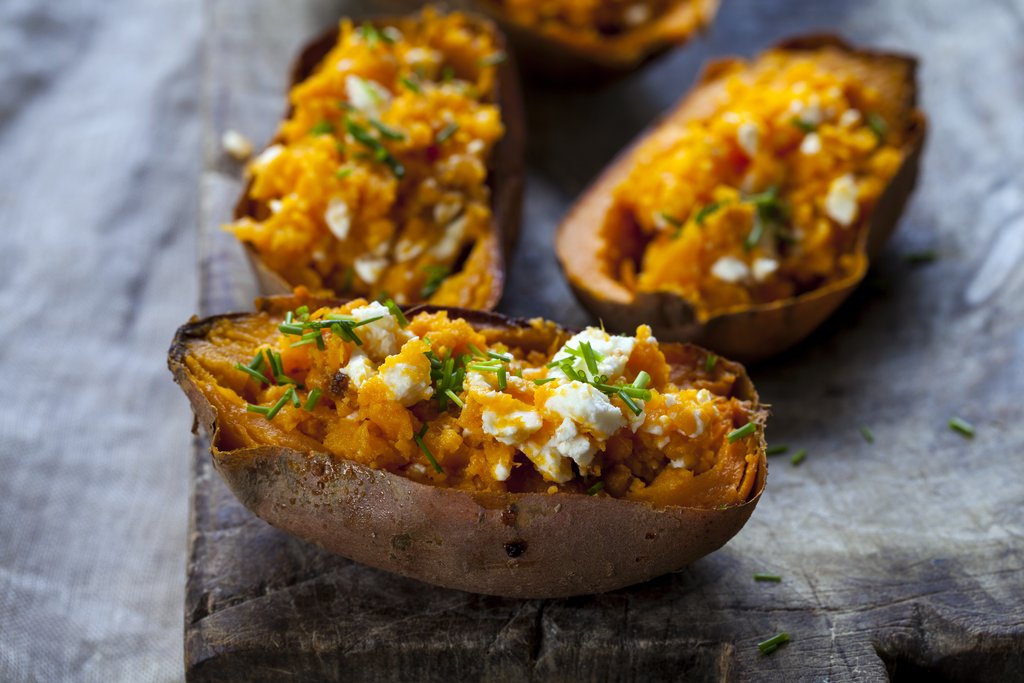 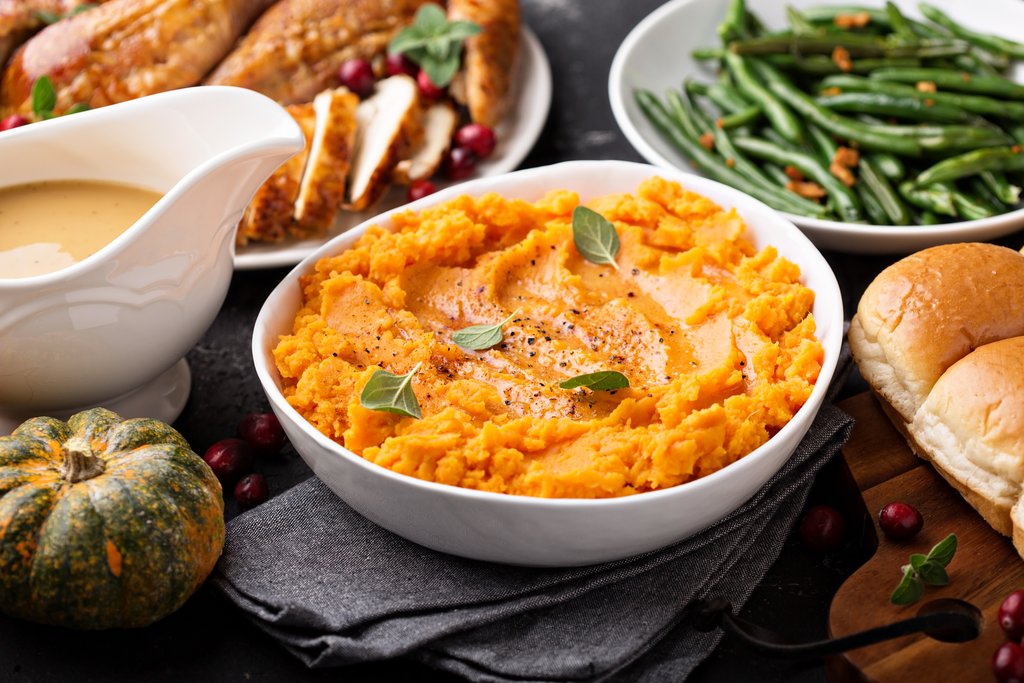 Mushrooms are a somewhat controversial food. (Chances are, you know at least one person who won’t eat them because they’re a fungus. Those people are missing out!)

Nonetheless, mushrooms are the most clickable vegetable across the last two fall seasons. They even beat green beans, with a CTR that’s 8% higher. 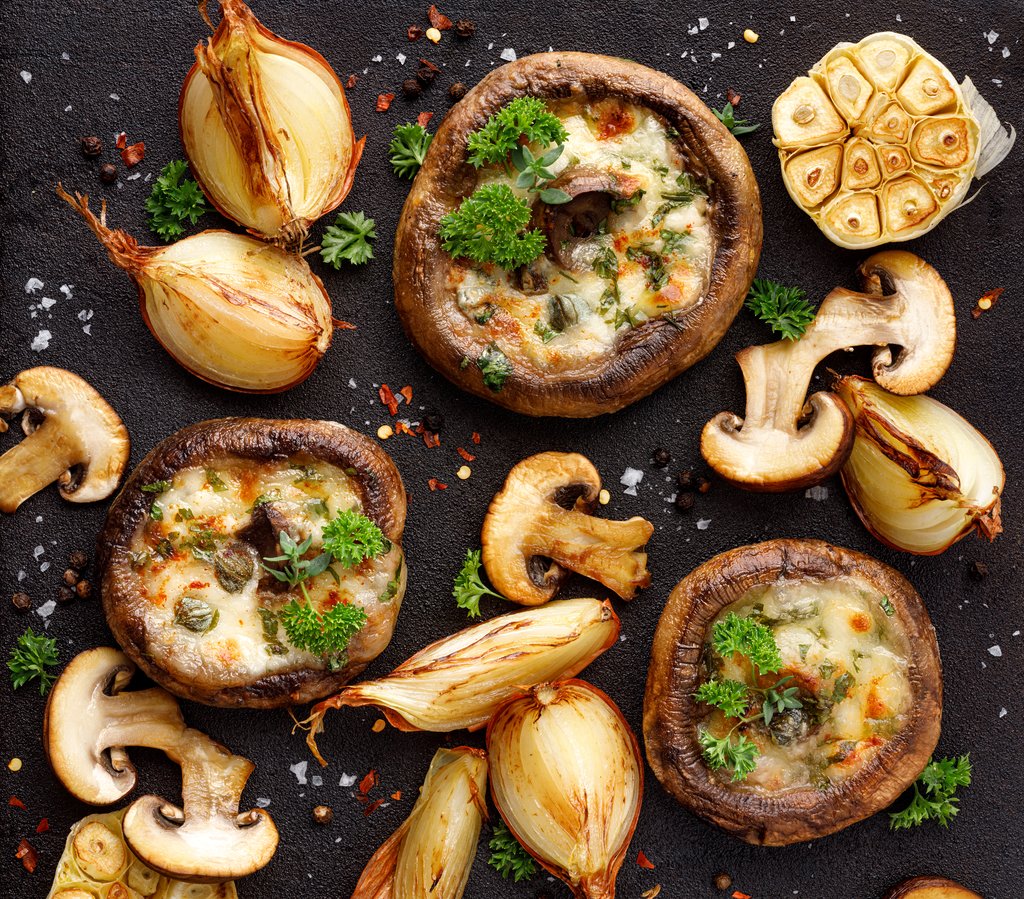 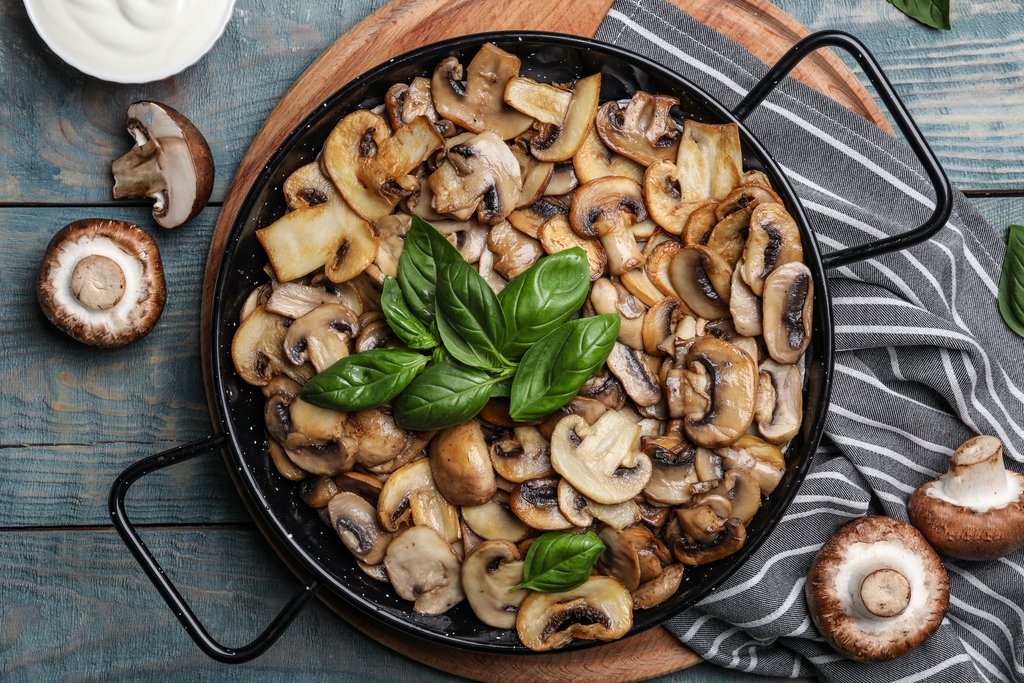 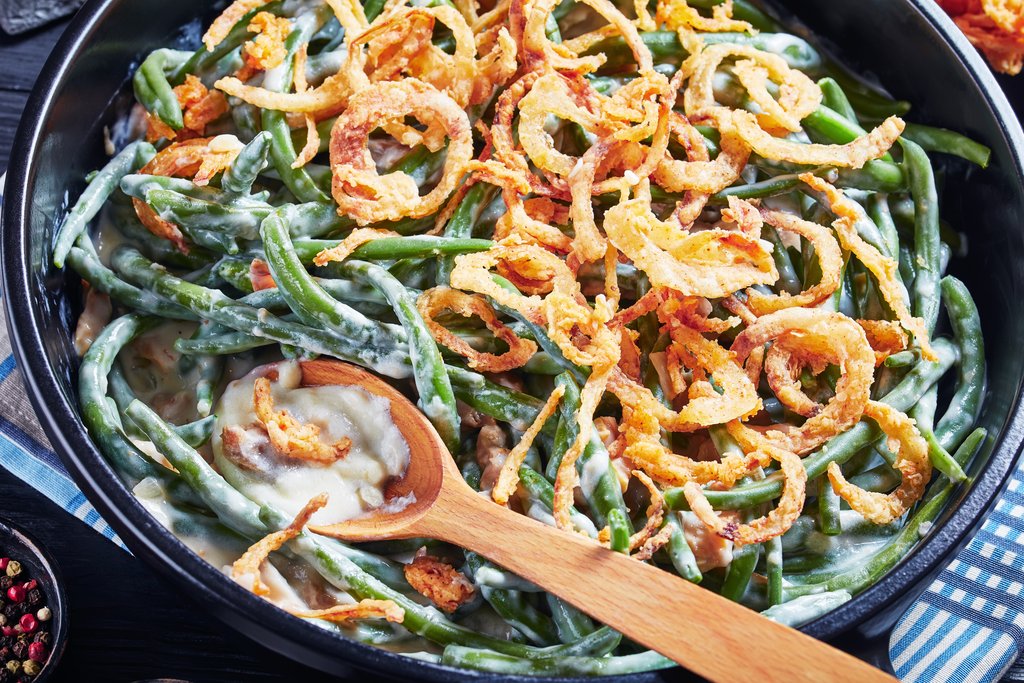 Mushrooms, though somewhat controversial, are a marketing hit. And, even though they didn’t edge out the mushroom, green beans are still highly clickable. Images via zi3000, New Africa, and from my point of view.

Squash (though technically a fruit) has the third highest CTR in this category. 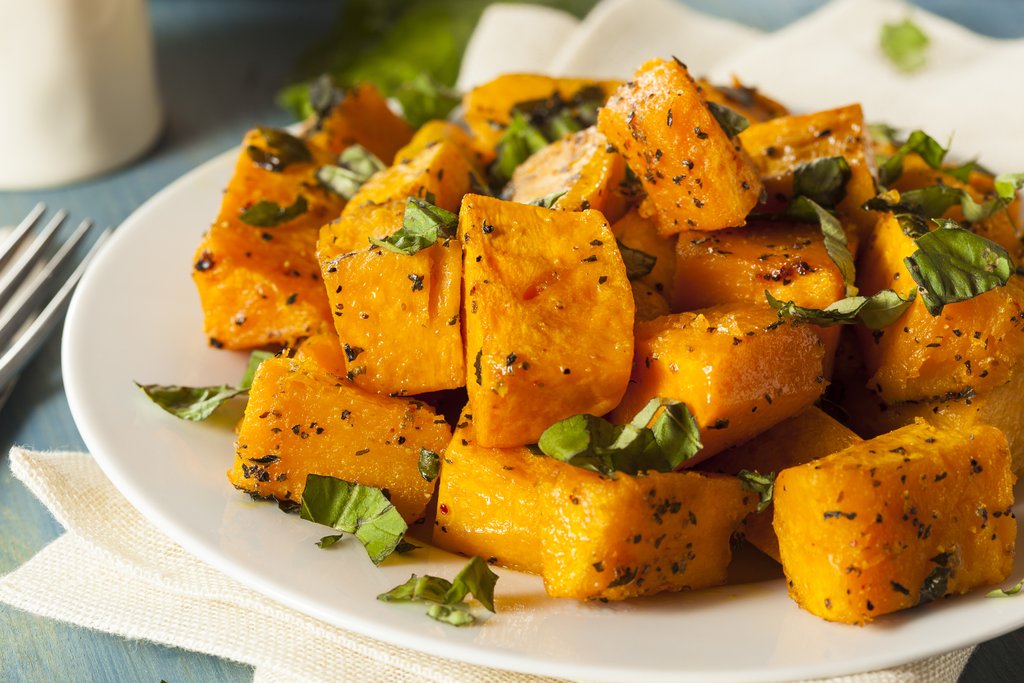 Delicious and good for you! Image via Brent Hofacker.

If you’re looking for veggies to avoid using in your campaigns this year, AI warns to stay away from salads, carrots, and corn.

Roll out the Rolls

For a few years, cornbread had the highest CTR of all breads at Thanksgiving time. Last year, though, its engagement rate dropped and rolls surpassed their one-time rival as the most clickable bread.

This year, the clickability of content containing rolls is projected to rise 54%. This is on top of last year’s boost in engagement, when rolls were 32% more clickable than cornbread. 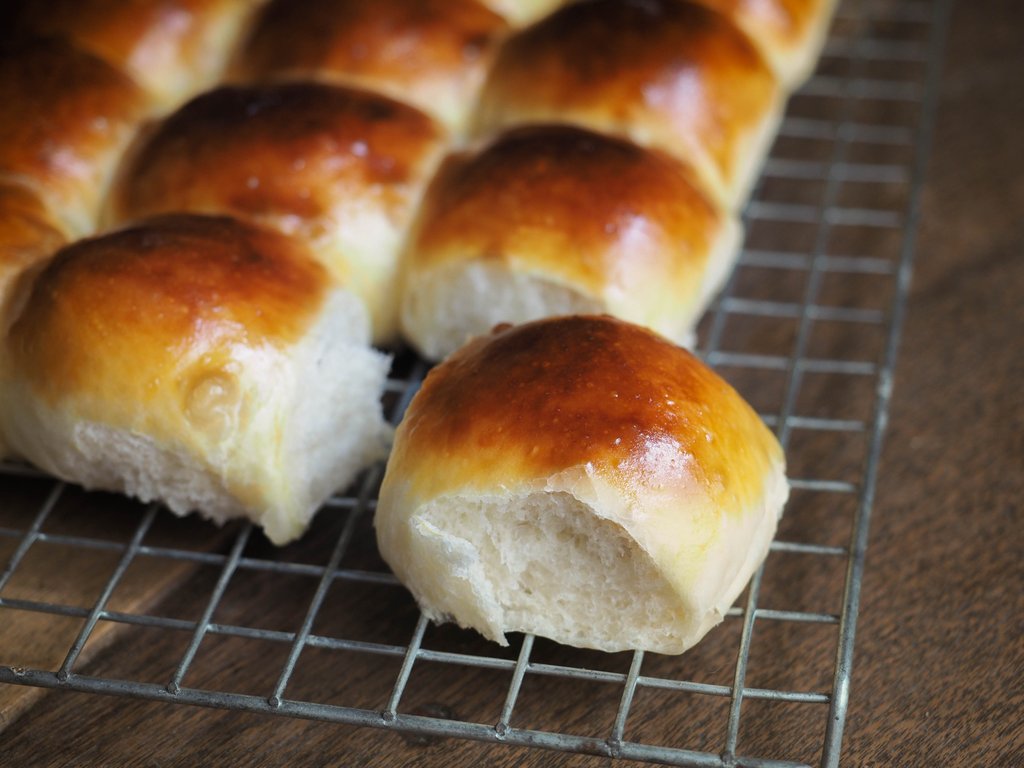 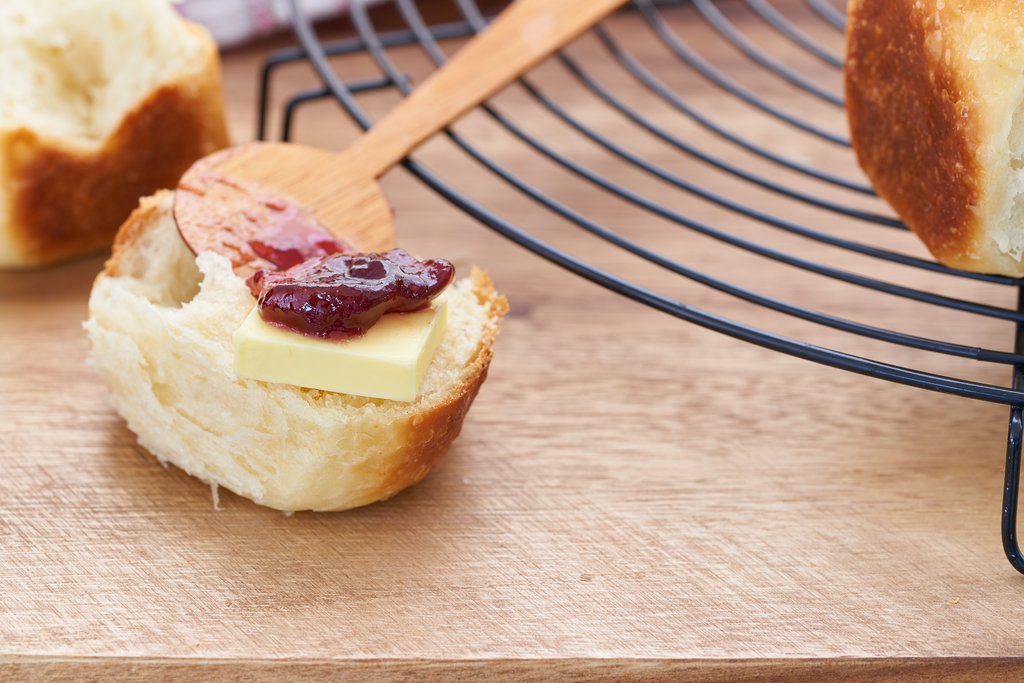 If you plan to dress your rolls, AI says to opt for jam, which is 43% more clickable than butter. Images via chaechaebyv and Jiraphan Poonthanasetha.

What about biscuits? Unfortunately, they have the lowest CTR of any bread measured, year over year.

It’s not surprising that pie has one of the highest food CTRs of the Thanksgiving season. Last year alone, pies had a 63% higher CTR than cake. 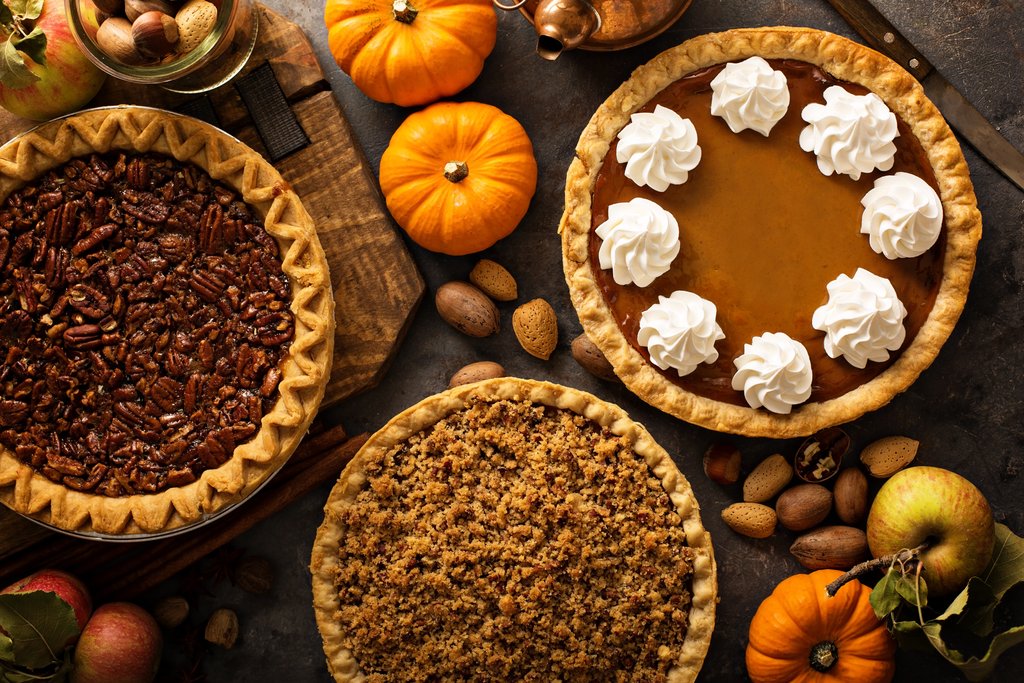 Is your mouth watering yet? Mine is. Image via Elena Veselova.

Artificial intelligence tells us that apple pie is the most clickable fruit pie of all during the fall. Even though berries are quite engaging, apple pies still have a 61% higher click-through rate. 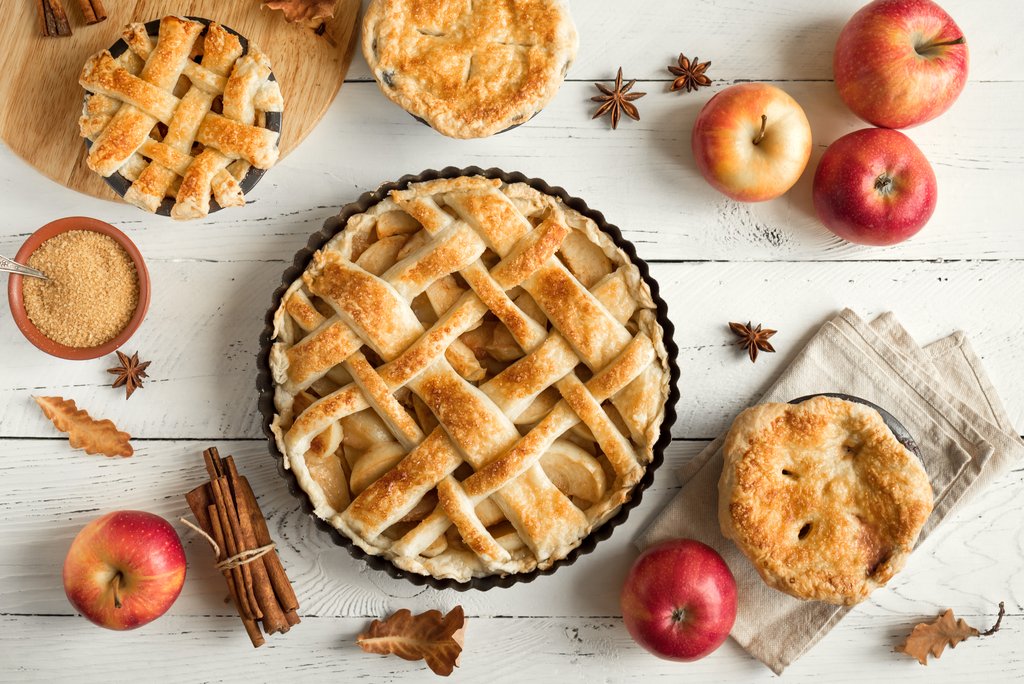 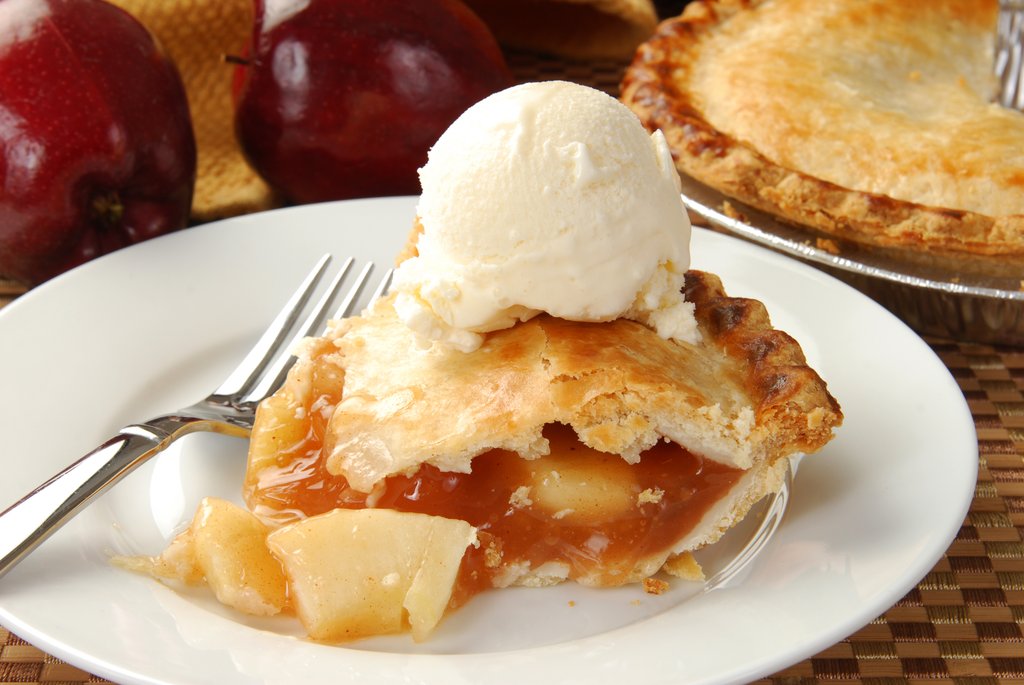 Apple pies win the title as Most Clickable in the fruit pie category. Images via Oksana Mizina and MSPhotographic.

Setting aside traditional fruit pies, how do other classic Thanksgiving favorites fare?

Brace yourself, pumpkin pie fans. Pecan pie has your fave beat. Pumpkin pies were more clickable than pecans in 2019. But, in 2020, something changed, and pecan pies had a 194% higher click-through rate.

Expect these upward and downward trends to continue this year. 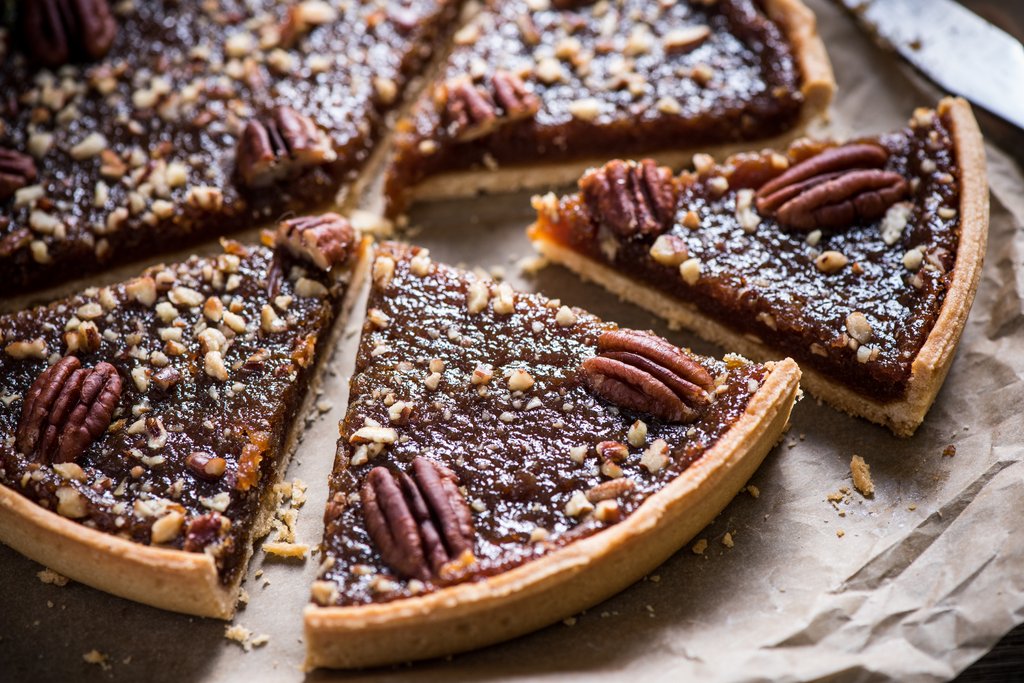 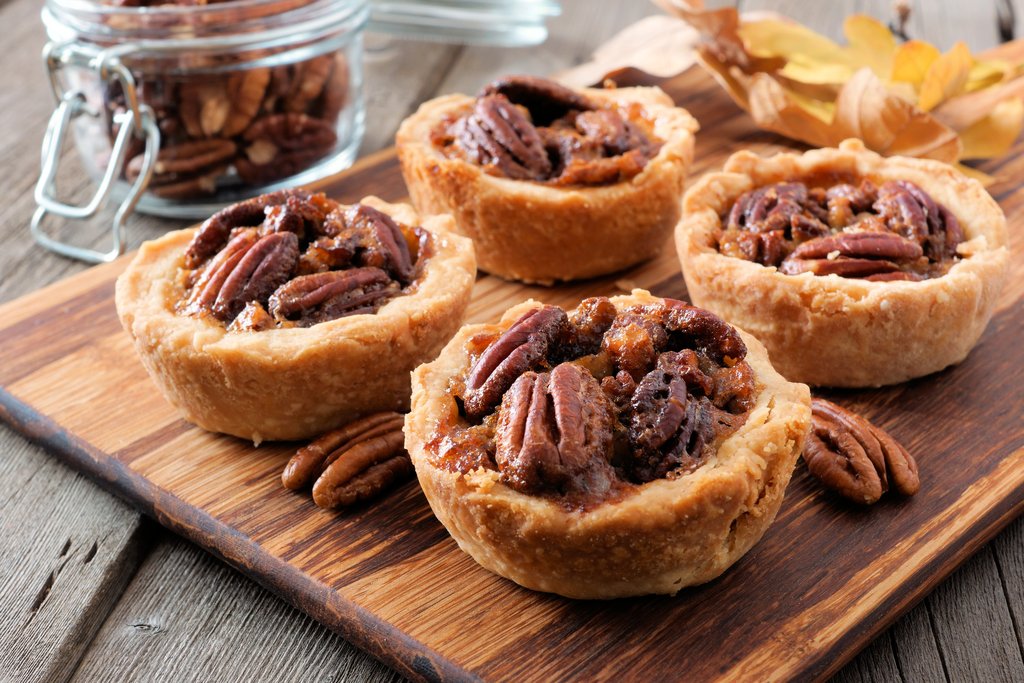 If you’re not into pies, the most clickable non-pie dessert at Thanksgiving is brownies. 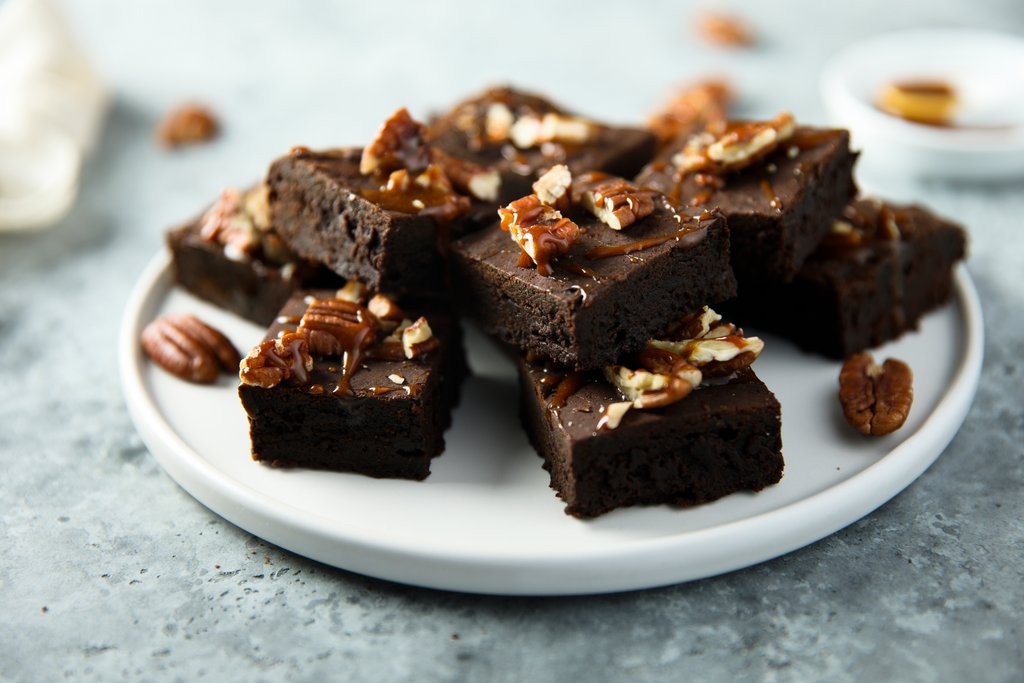 Not a pie fan? How about some hot gooey brownies. Image via MariaKovaleva.

Last year, brownies even edged out ice cream, with an 11% higher CTR.

And, I mean, who isn’t grateful for brownies?

Artificial intelligence to save the day!

The post How to Build the Perfect Thanksgiving Dinner, According to Data appeared first on The Shutterstock Blog. 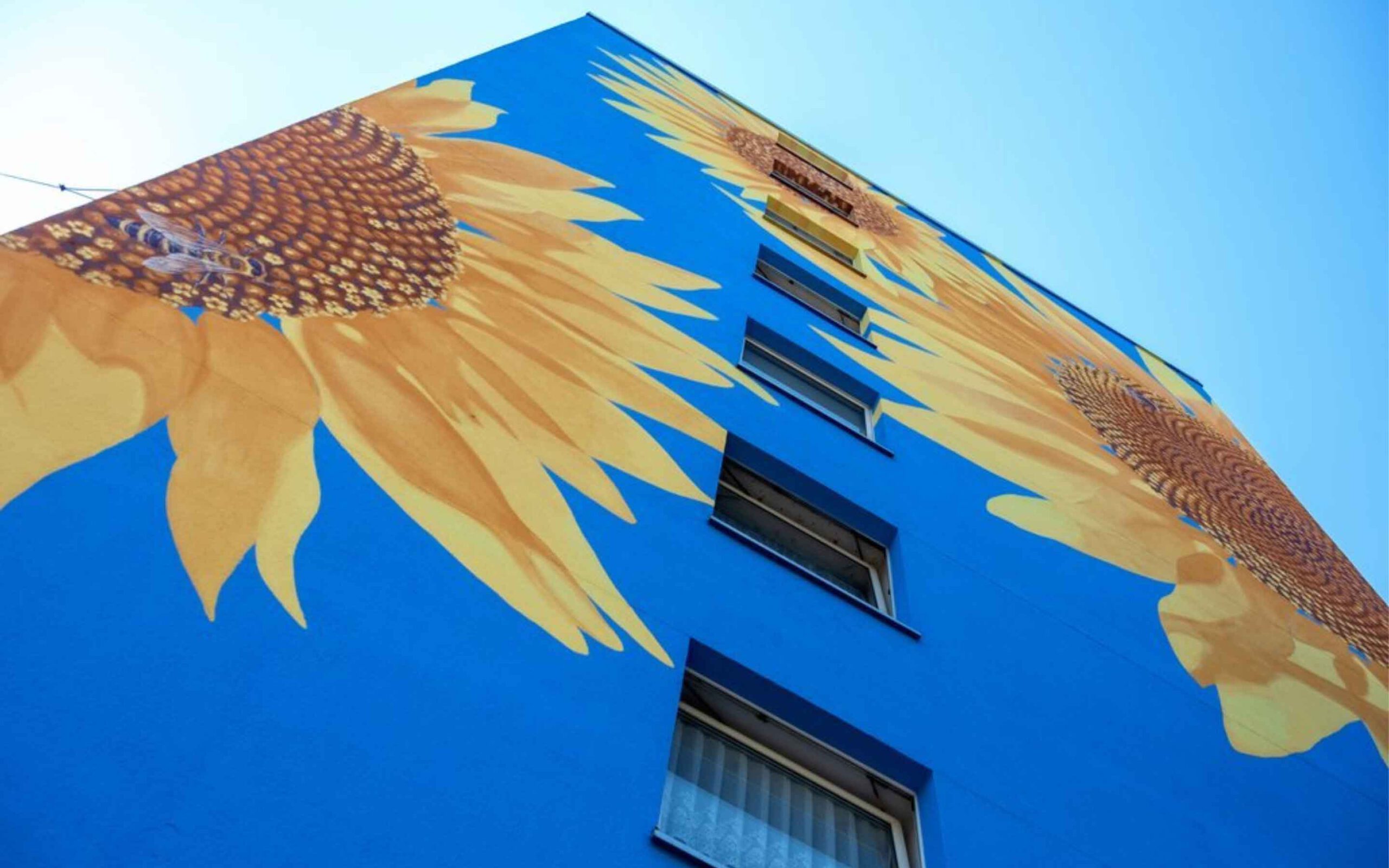 How to collaborate with an artist without alienating them, their community, and your intended audience. Shutterstock has partnered with acclaimed contemporary street artist Bradley Theodore for an exclusive exhibition at Art Basel Miami Beach on December 1. In it, Theodore reimagines photographs of cultural and historical icons, including Andy Warhol, Audrey Hepburn, and Whitney Houston,… 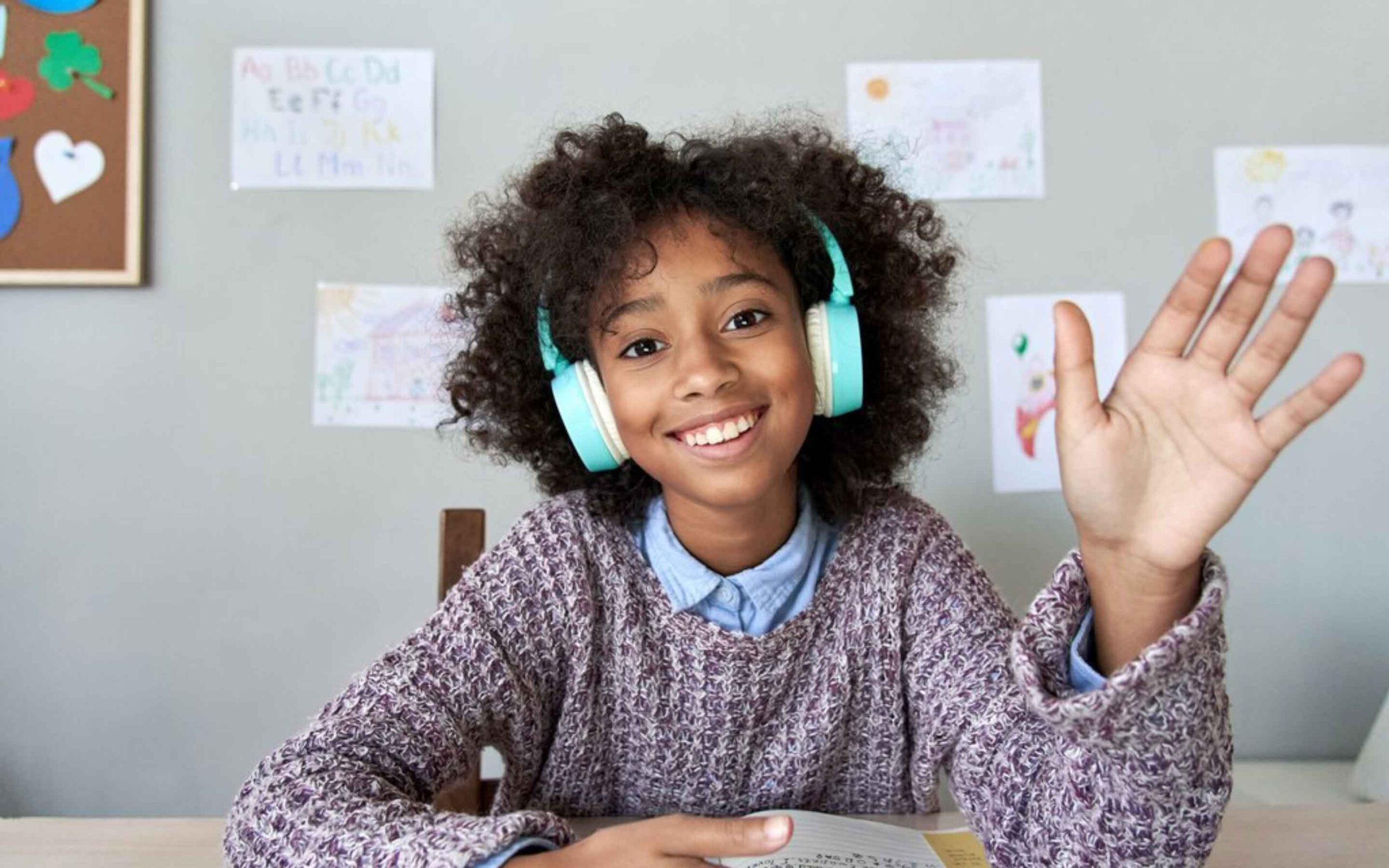 How We Show It: Mentorship

What does mentorship looks like? It doesn’t fit into one stereotypical box. Let’s look at the success and impact mentorship has on all of us. When my father was just fifteen, he emigrated to the United States from Cuba. He lived in an orphanage in Madrid, Spain, for about a year before arriving in the…