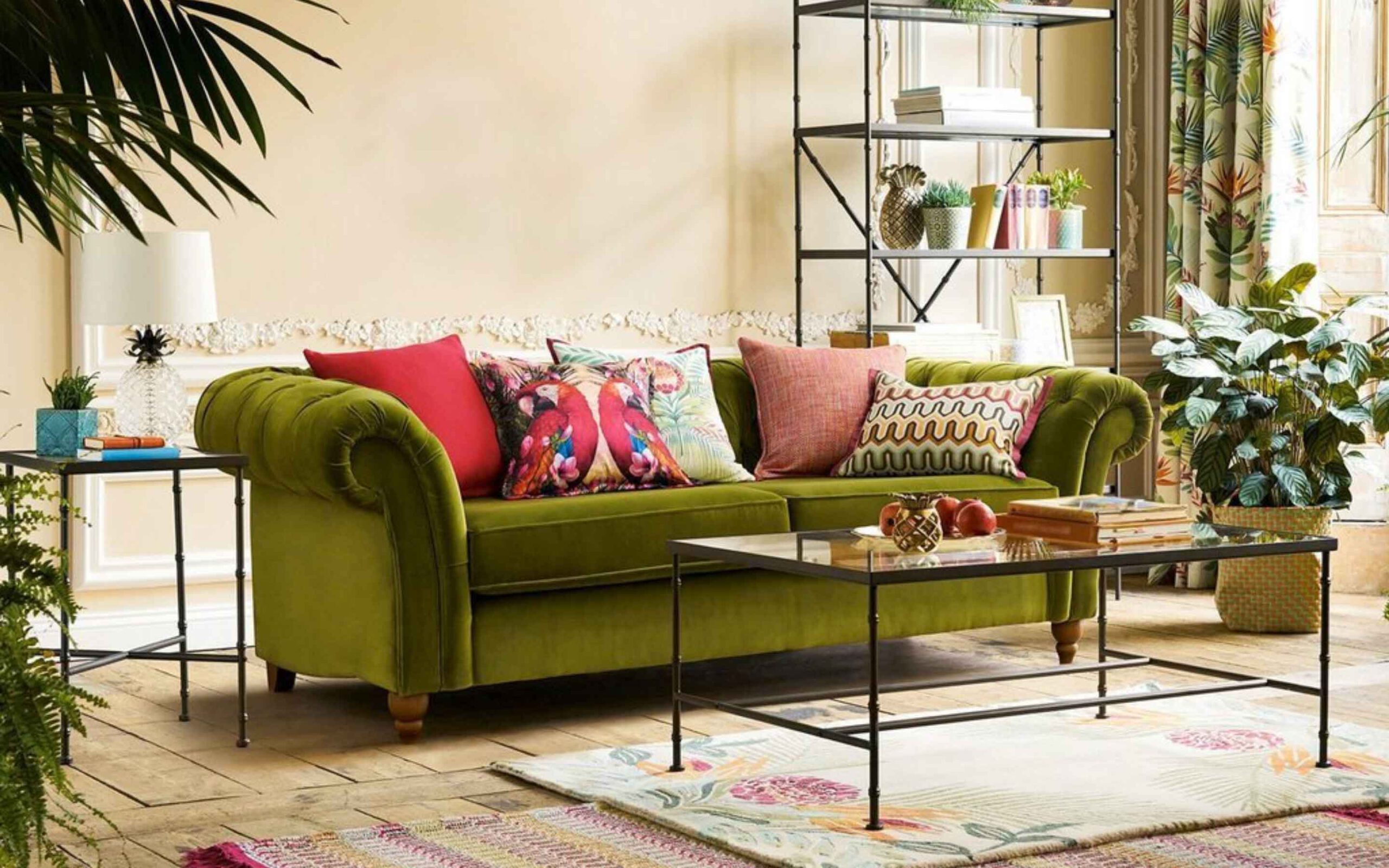 Maximalism, with its bold, striking colors, patterns, and textures, is arguably a response to uncertain times.

In the year 2000, the world felt like it was on the precipice of something incredible. The future had finally arrived. And while many of the luxuries mid-century science fiction promised us—flying cars, robot butlers, weekend trips to the Moon—were still beyond our grasp, the minimalist aesthetic that made up the visual language of our coming techno-utopia was already well at hand: clean lines, open spaces, cool, bright lights.

Everything was sleek and seemingly untouched by man—created, instead, by machines, to look as if it had materialized out of nothing. 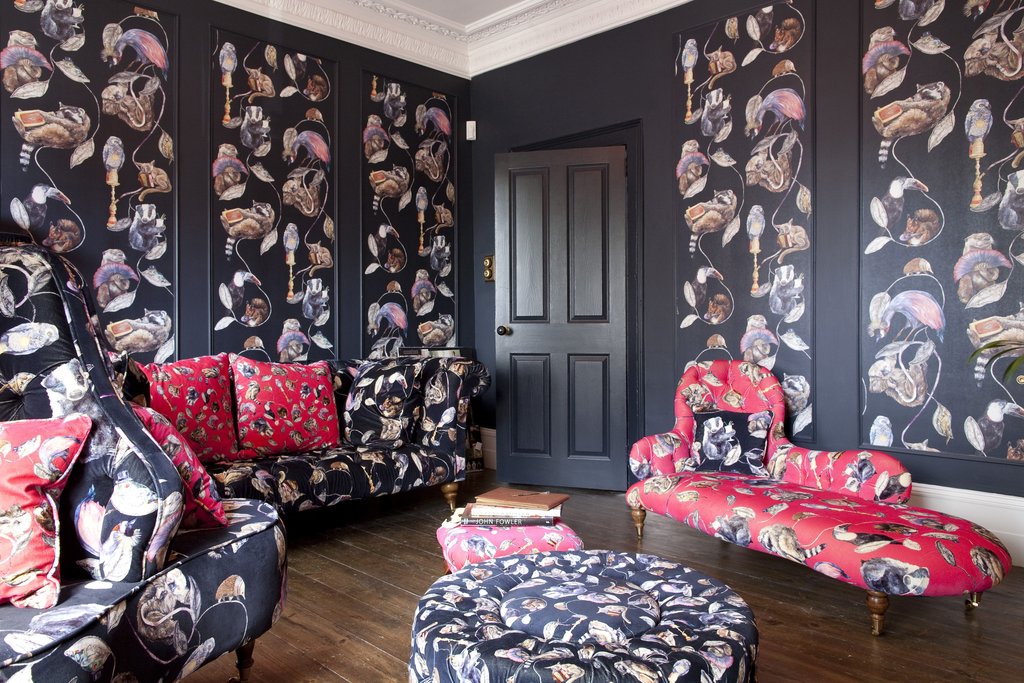 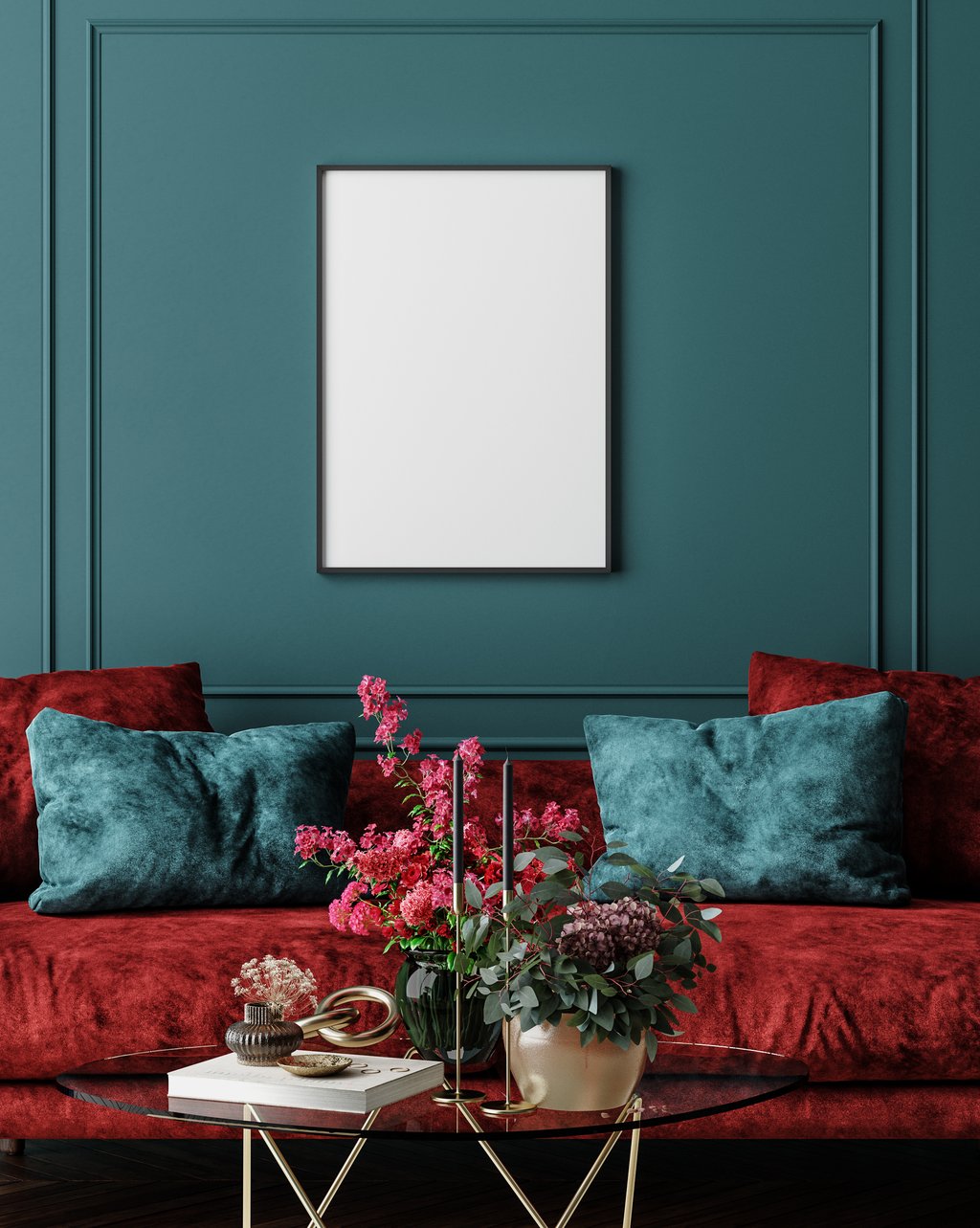 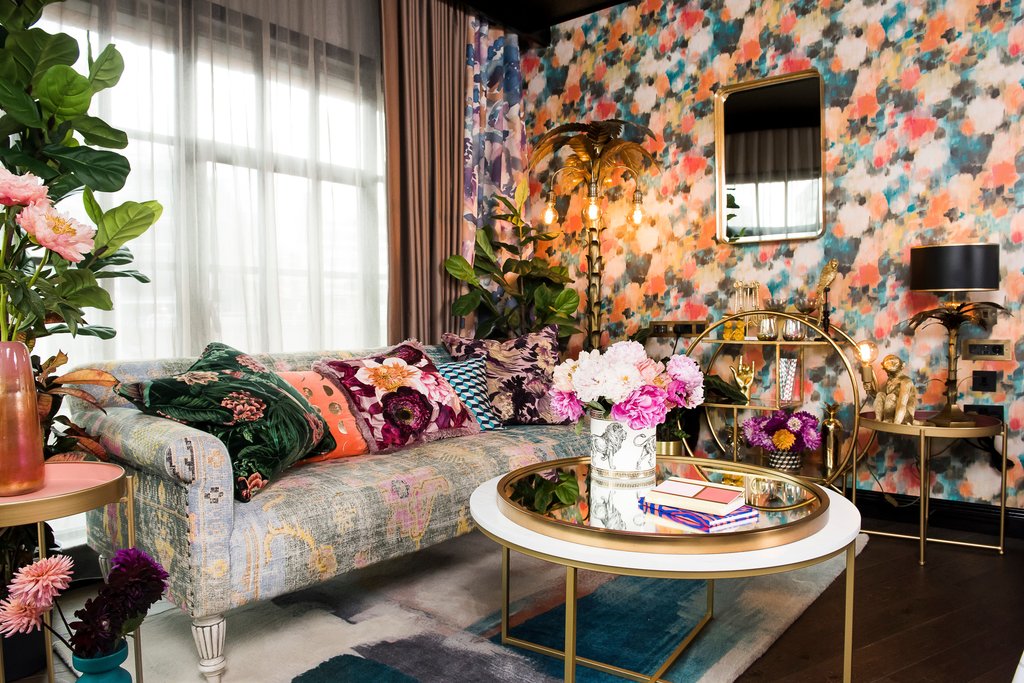 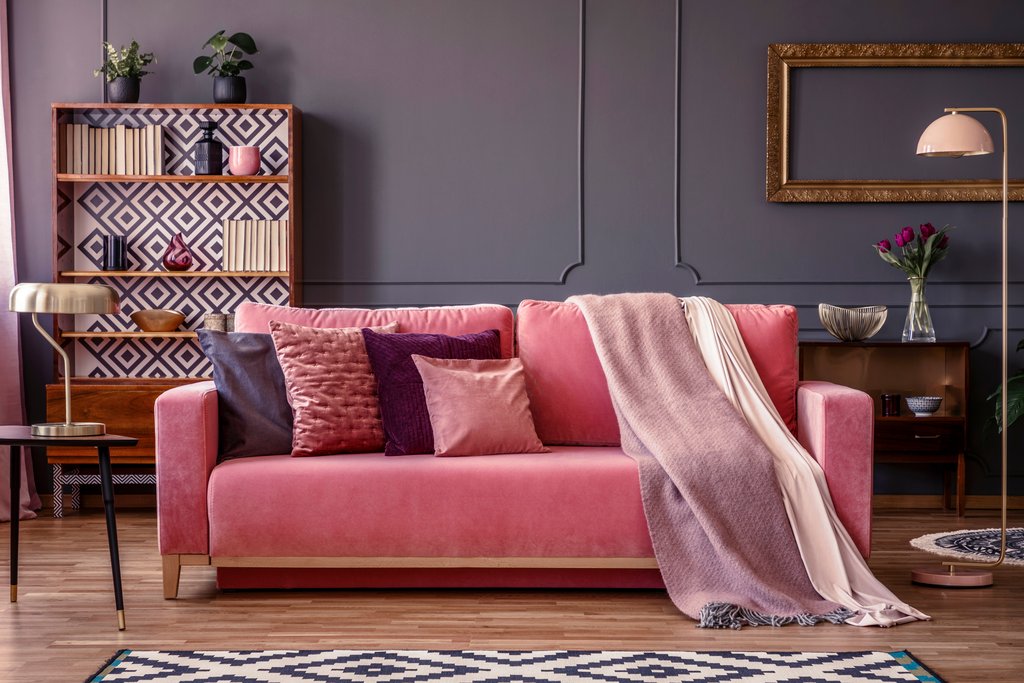 But twenty years on, as the world shut down, gripped by a global pandemic, choked by pollution, and churning with civil unrest, the promises of Asimov, Roddenberry, and the Jetsons remained unrealized and the aesthetics that defined them felt hollow and cold.

The response was a return of maximalism—the all-out rejection of the “less is more” philosophy of minimalism, in favor of complete aesthetic excess: striking colors and boldly mixed prints, patterns, materials, and textures, all crammed into a single space until it seems ready to burst.

Where minimalism is cold and hard, maximalism is warm and soft, every surface begging to be touched. Where minimalist spaces are sober and austere, maximalist spaces are whimsical and inviting—exactly where you want to be during uncertain times, cocooned, surrounded by things collected over a lifetime and brimming with deep, personal significance. 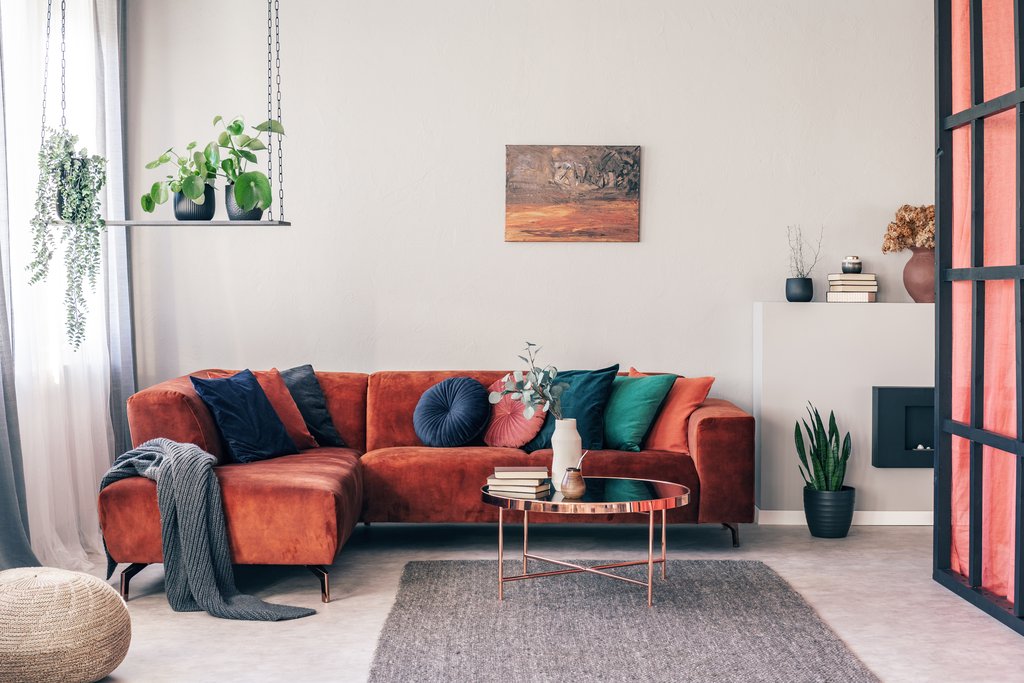 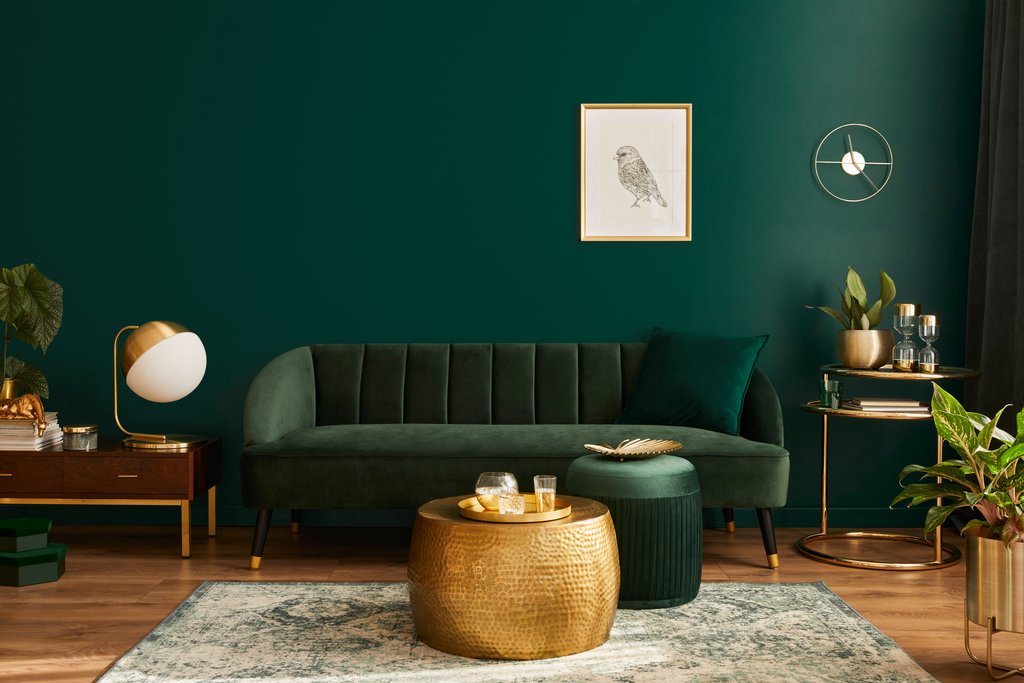 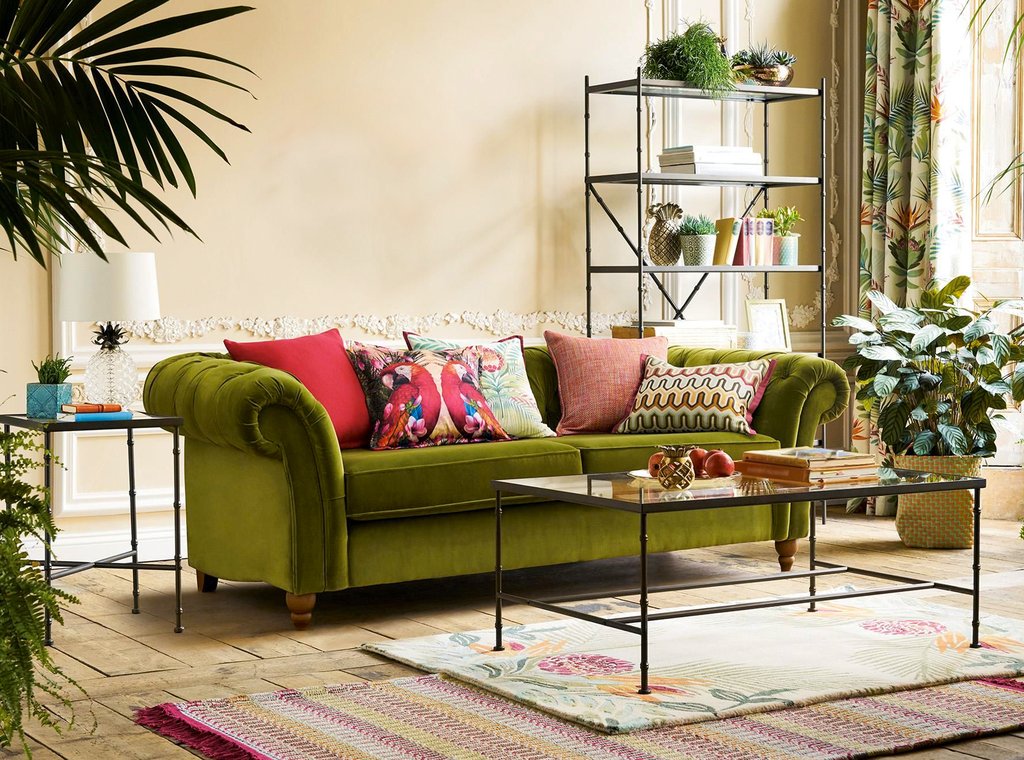 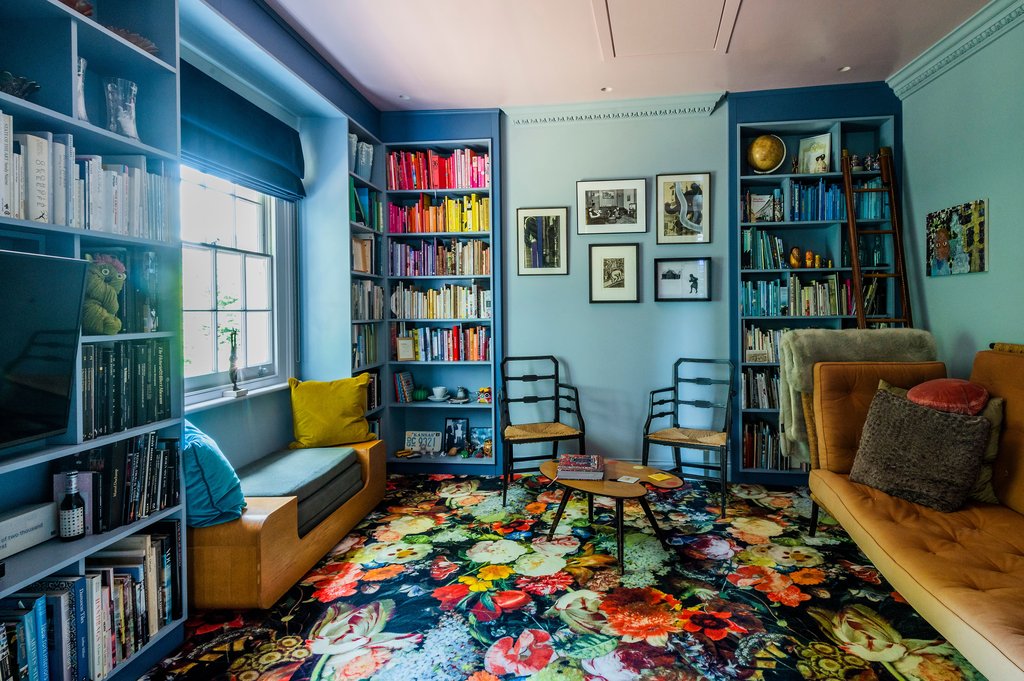 “People want comfort [now]. They want color and pattern and texture. Something they can cozy up into,” says interior designer and architect Larry Peifer of HLW in New York.

“Maximalism gives them that. It’s quirky and relatable and very human, while the super-streamlined environments and objects of minimalism can have an almost alien quality to them.” 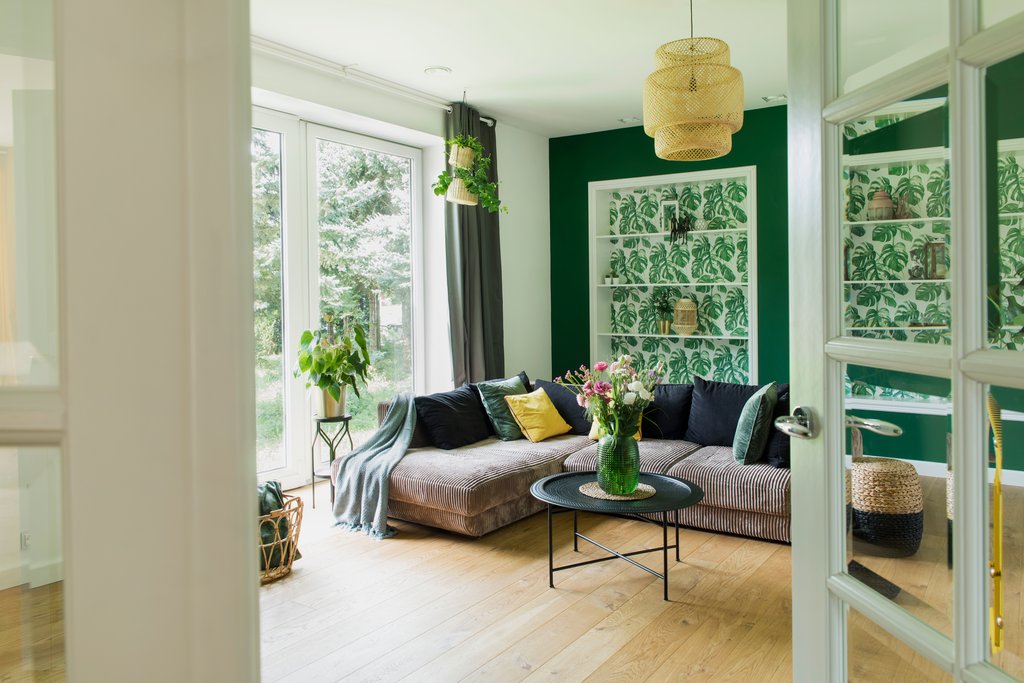 Maximalism in design has existed since the 1960s and harkens back to the luxuriously overstuffed stately homes and palaces of Imperial Europe. It has long been a favorite style of the nouveau riche—anxious to display their wealth—and, when done poorly, absolutely reeks of new money abandon and a lack of sophistication and restraint.

But, it doesn’t have to.

“Maximalist spaces can be just as tailored and rigorous as minimalist spaces,” says Peifer. “It’s not just about more is more. It’s about intent. If you think of a room as telling a story, then every element in that room needs to be [a unique] part of that story. You can’t just throw a bunch of mismatched stuff on the wall and call it maximalism. That’s not maximalism. That’s clutter. That’s tacky. That’s bad décor.” 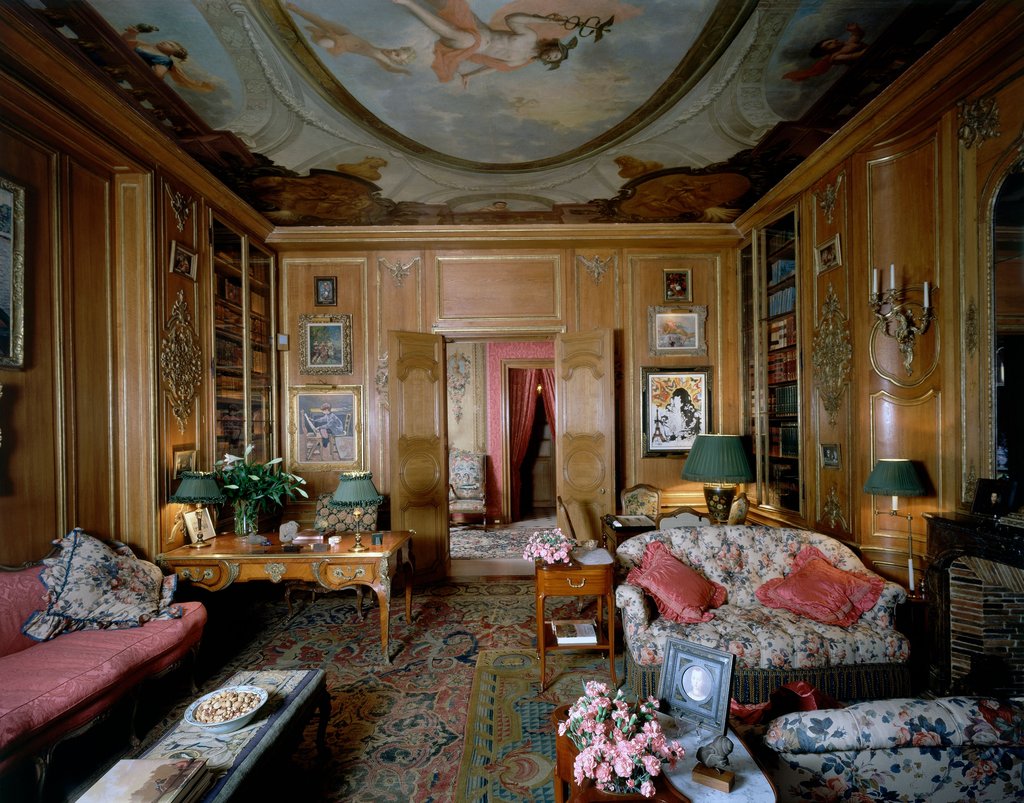 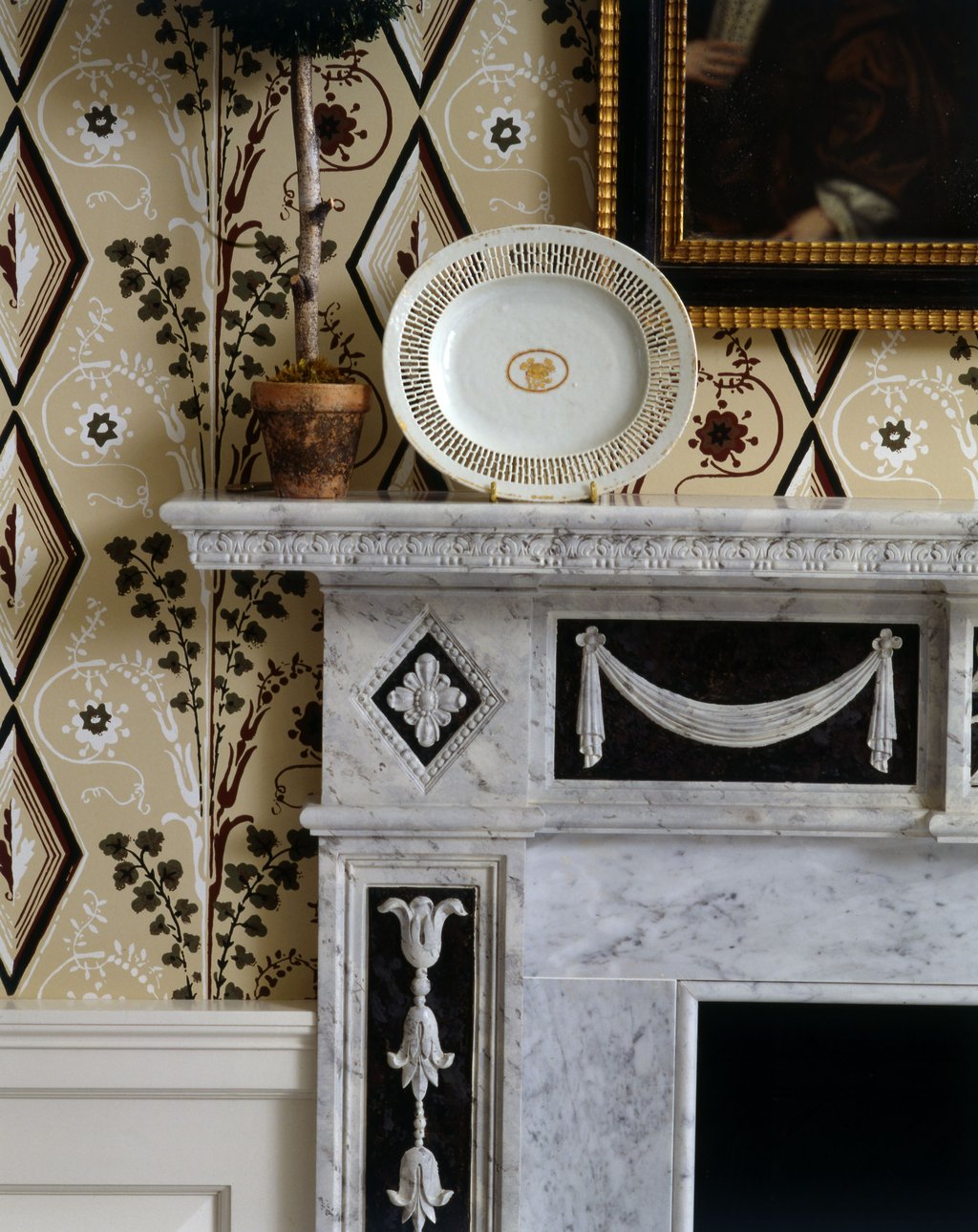 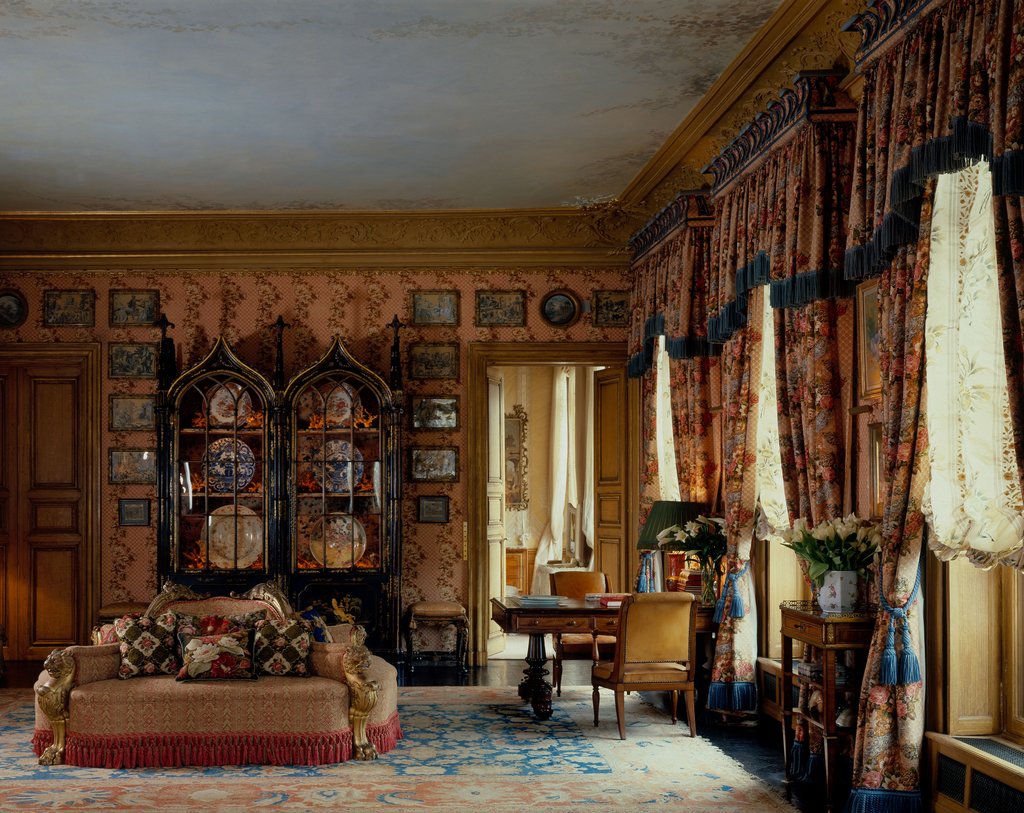 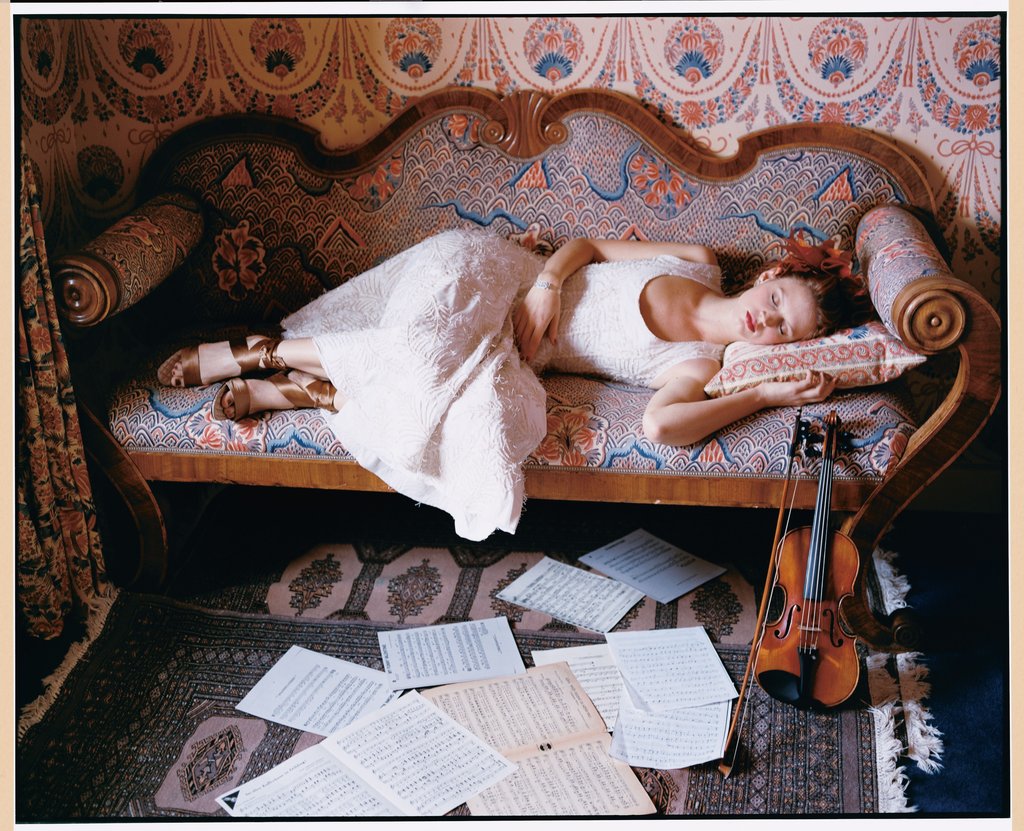 So, how do you do it right?

“It’s all about layers,” says Peifer, “using objects, prints, and colors to create depth, so it doesn’t feel like everything is resting on the same plane.”

Achieving this depth means not being afraid to play with scale and contrast. Think of it in terms of a painting or a photo. Things in the foreground tend to appear larger and more vivid, while things in the background are smaller and more hazy, with the middle ground serving as a transition between the two. Having all three is what creates that illusion of depth and allows your eye to move—not just over a picture, but through it.

One of the fun things about maximalism is that you can mix up these elements so the eye doesn’t just move back and forth. Instead it travels side to side, in and out, dancing across and within the visual plane, never resting in one place for too long, always discovering something new. 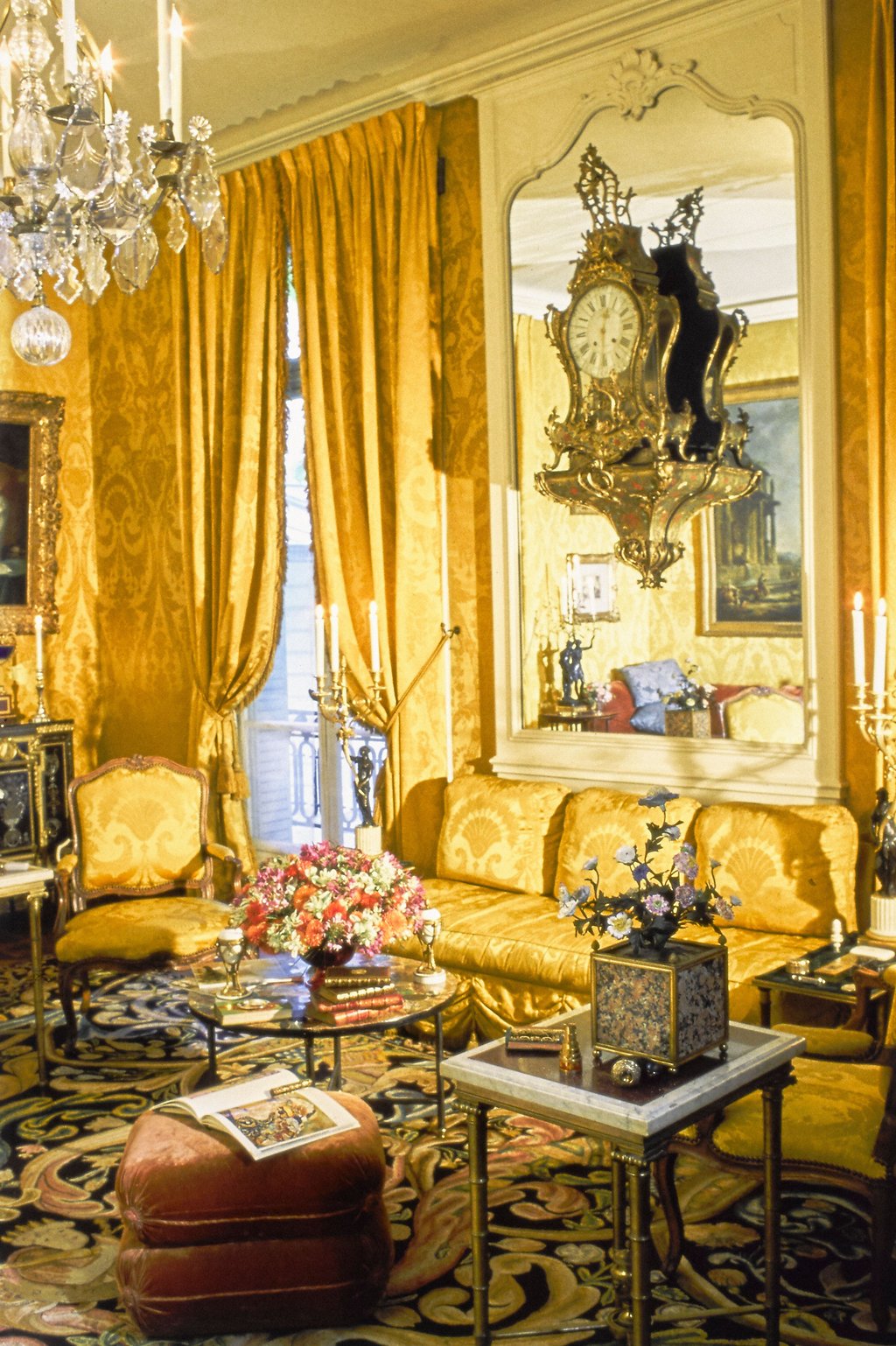 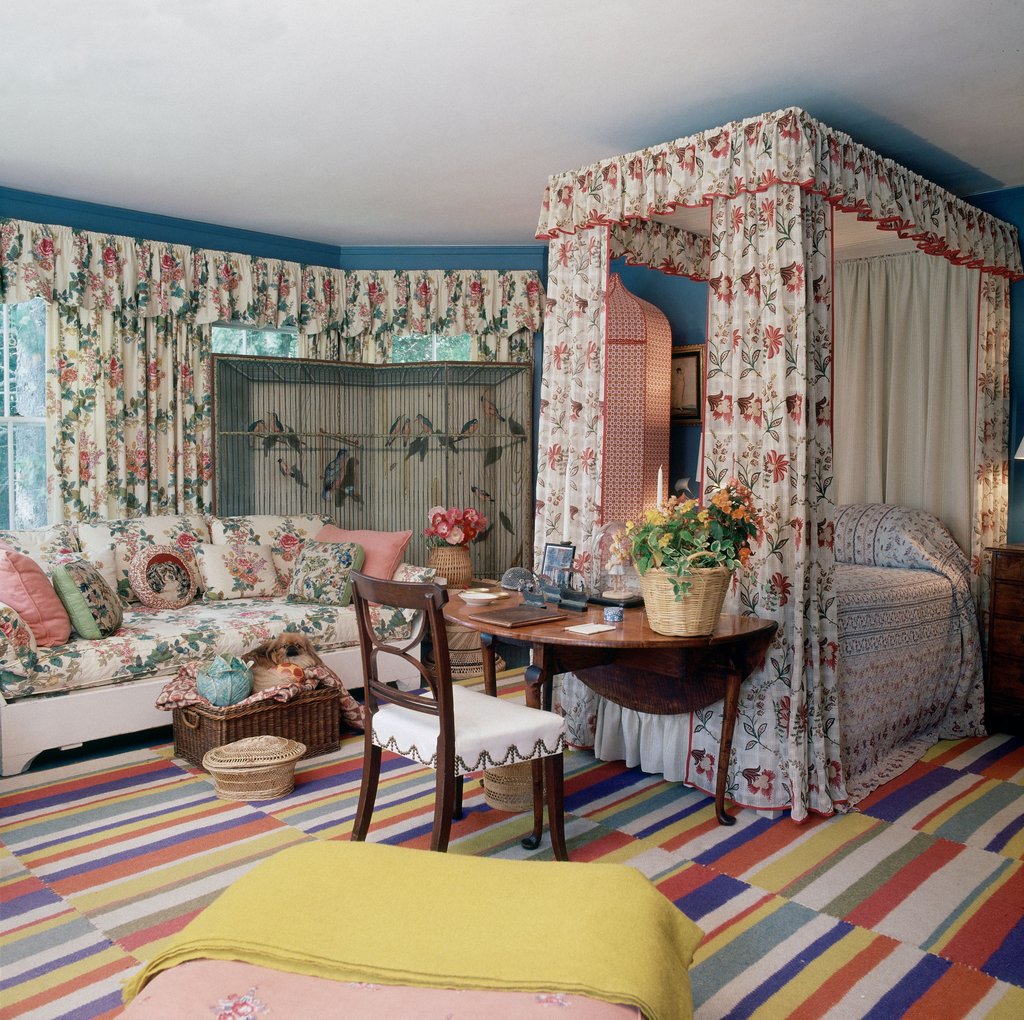 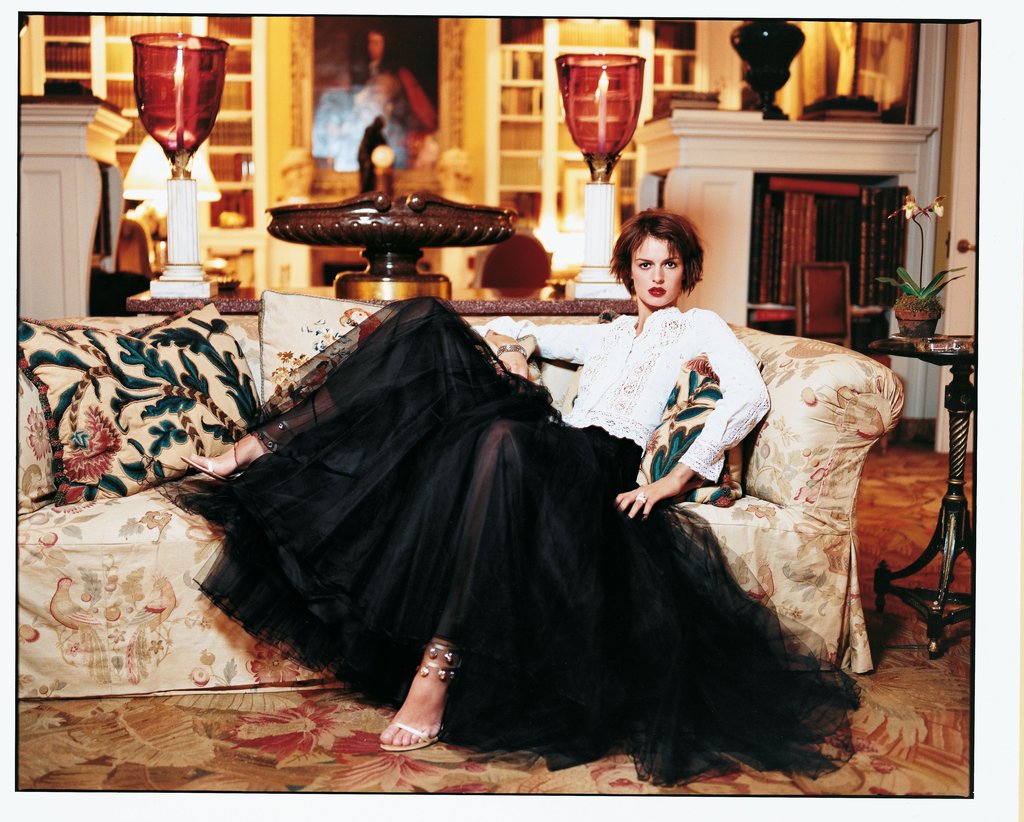 It sounds frantic, exhausting, but it doesn’t have to be. If the elements are balanced—large and small, hard and soft, slick and supple—the overall effect can be one of soothing comfort, like curling up on the couch, wrapped in a quilt, in front of a warm fire. This is exactly where you want to be when it feels like the world outside is falling apart.

It Comes Down to Personal Preference

Maximalist spaces are also deeply personal—the stories they tell are rich and highly individualized. For this reason, they can be quite polarizing. When you look at a maximalist space, you either love it or hate it. You’re rarely indifferent towards it.

Minimalist spaces often have the opposite effect. They’re so paired down that it’s hard to feel one way or another about them until you inject some human element or story into them. Maximalist spaces are built up around a person. By a person. There’s no separating them from the human element that created them. 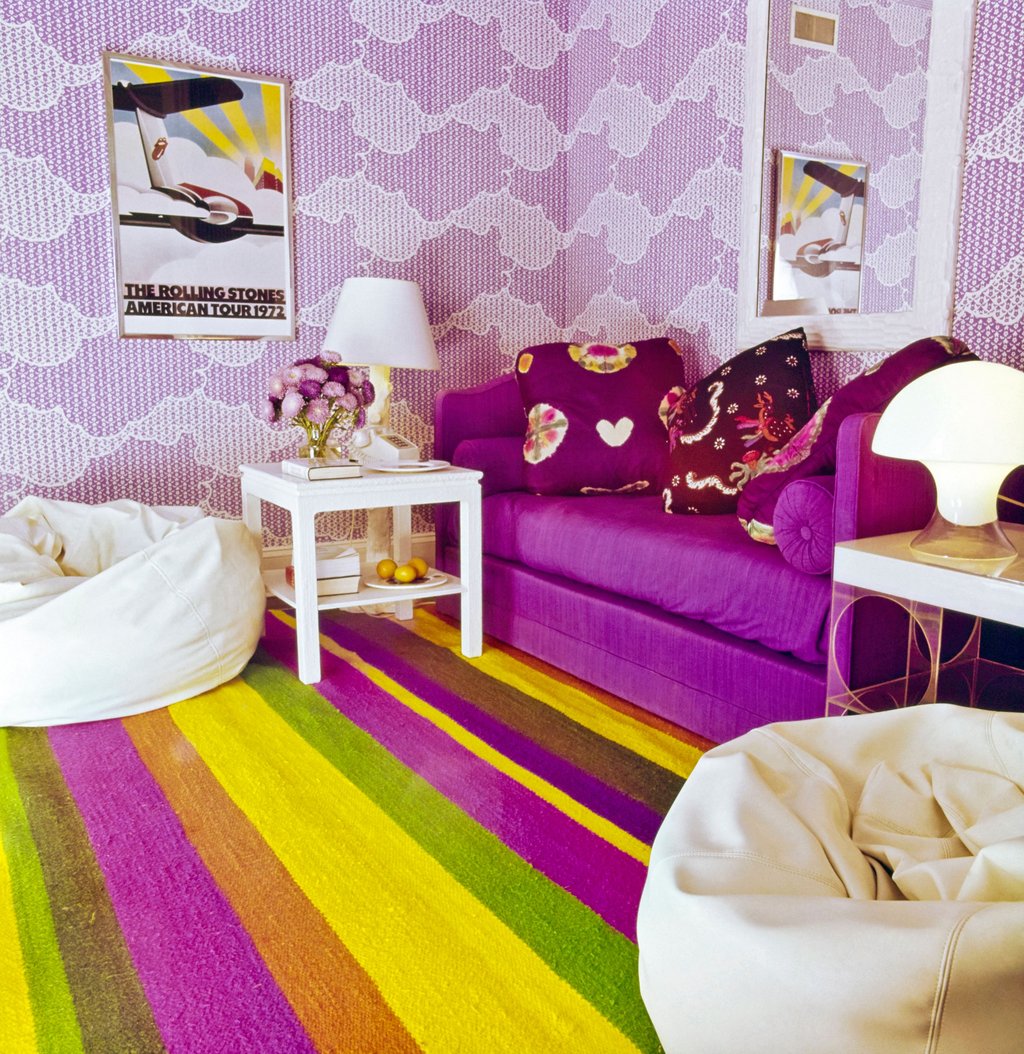 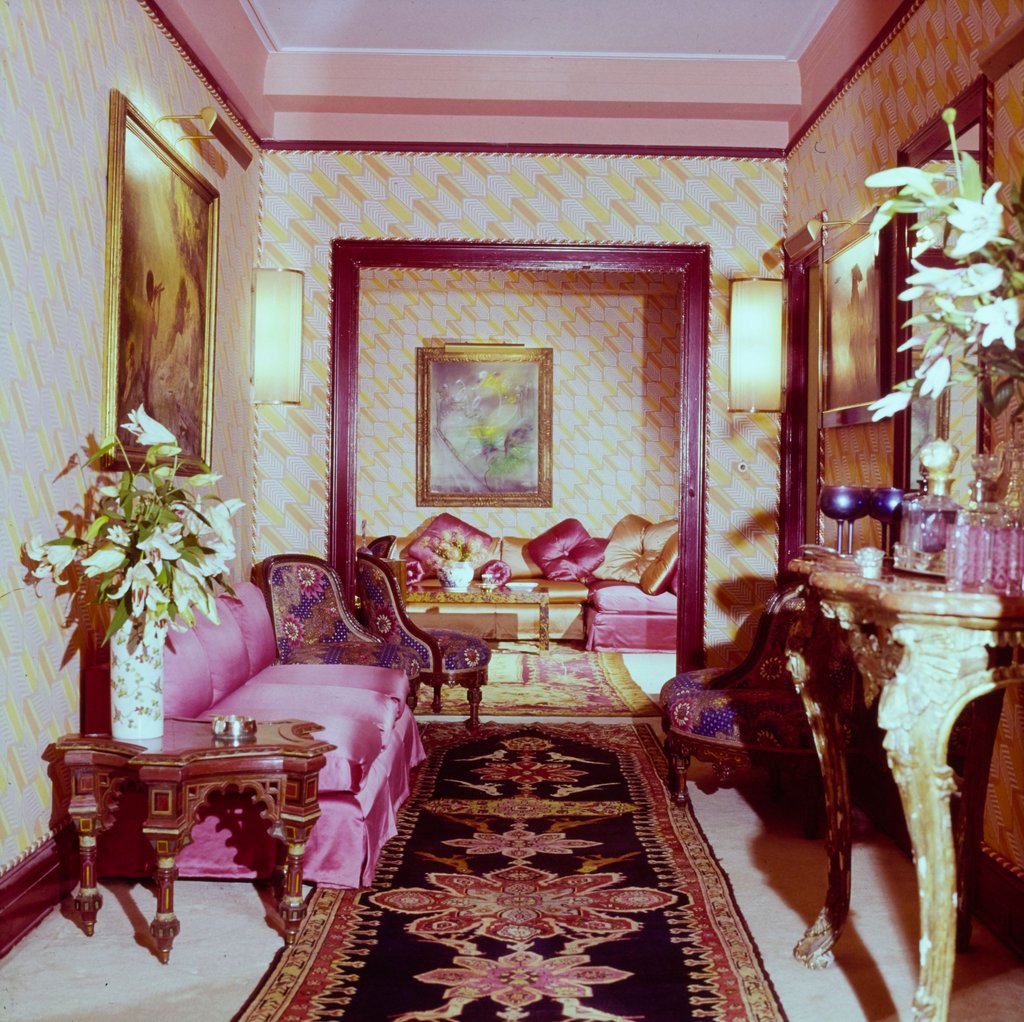 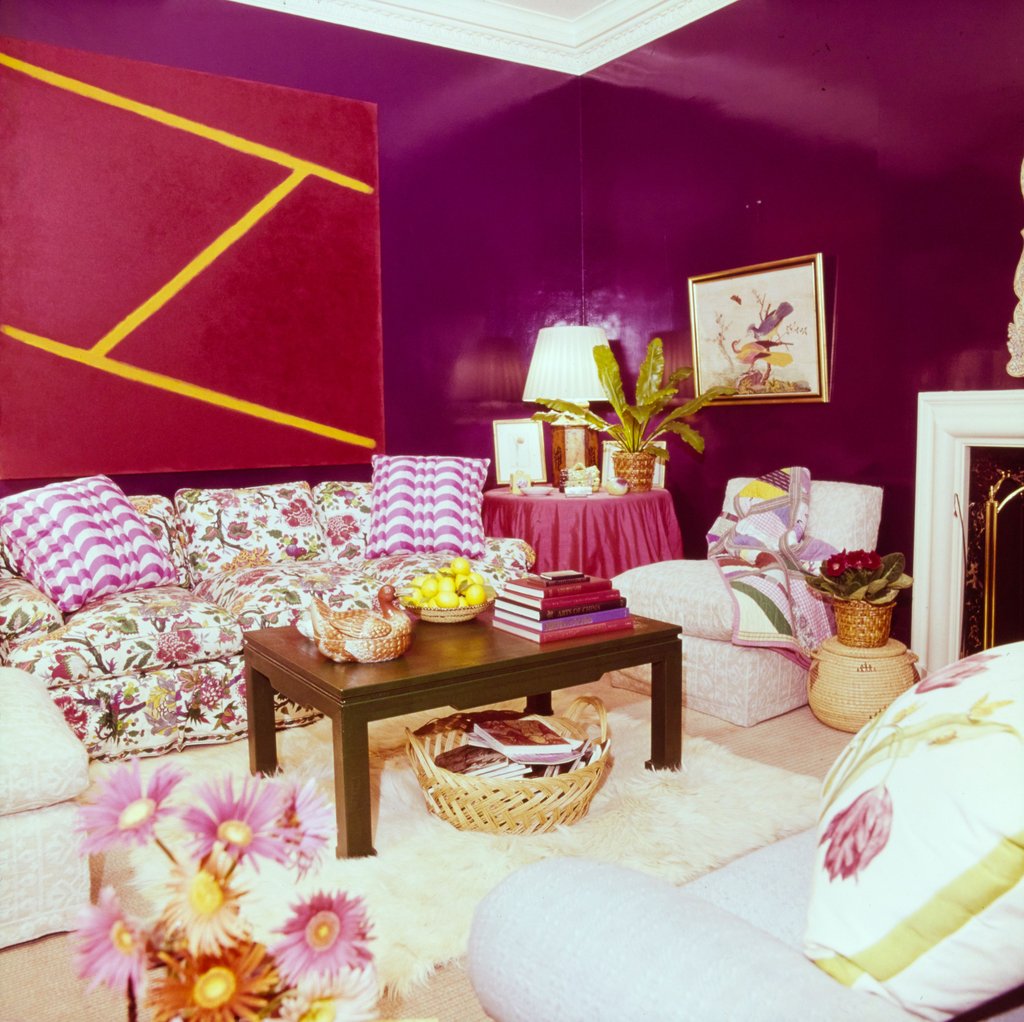 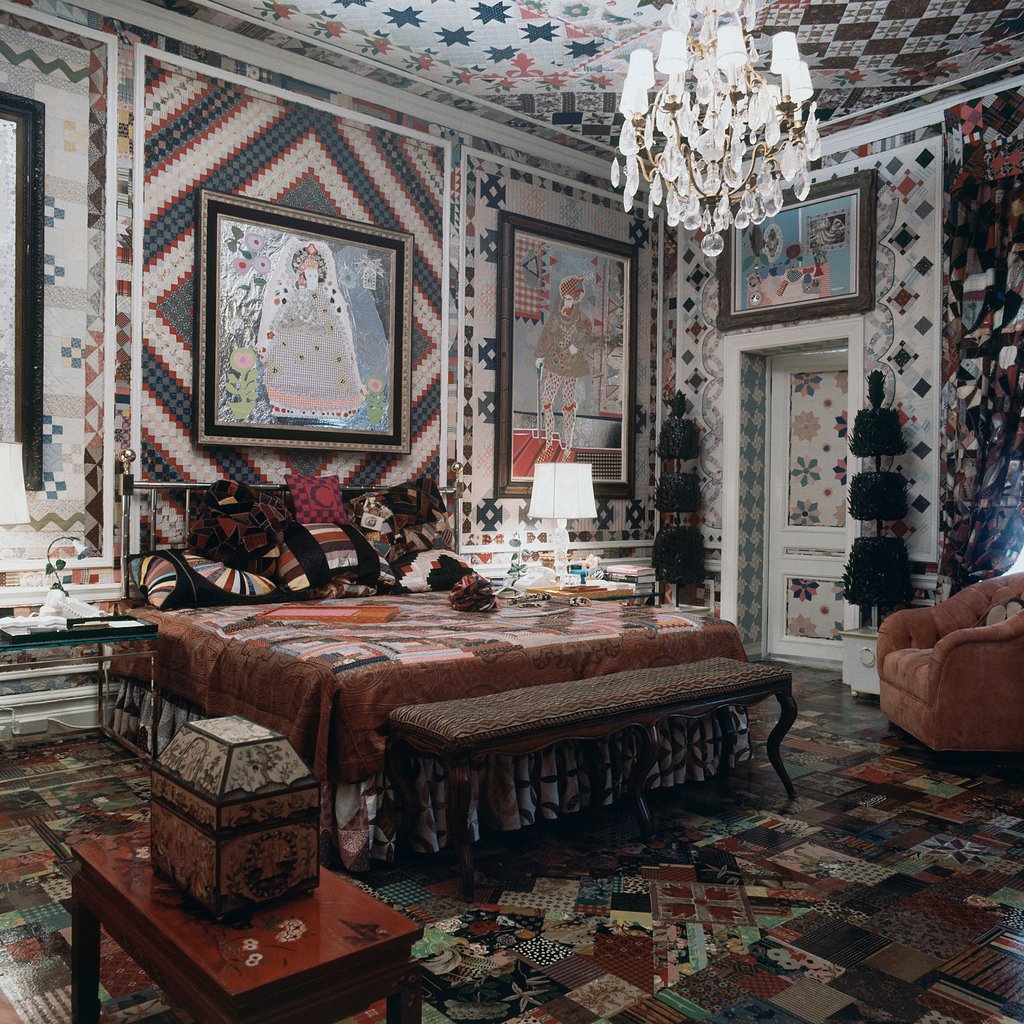 And, what they lack in universality, they make for in resonance. It’s the difference between a blackbox theater and a fully-realized Broadway stage set. One is a blank canvas, upon which you can tell any number of stories. While the other is an entire world, a character in and of itself, able to tell a single story with incredible depth and history, even when there’s no one on stage.

One is not better than the other. They simply serve different purposes, satisfy different needs.

In a world dominated by technology, it’s important to reconnect with the physical. We might live in a digital world, but we are analog. We’re sensual and complicated and messy. It’s what makes us human and what draws us to these spaces. 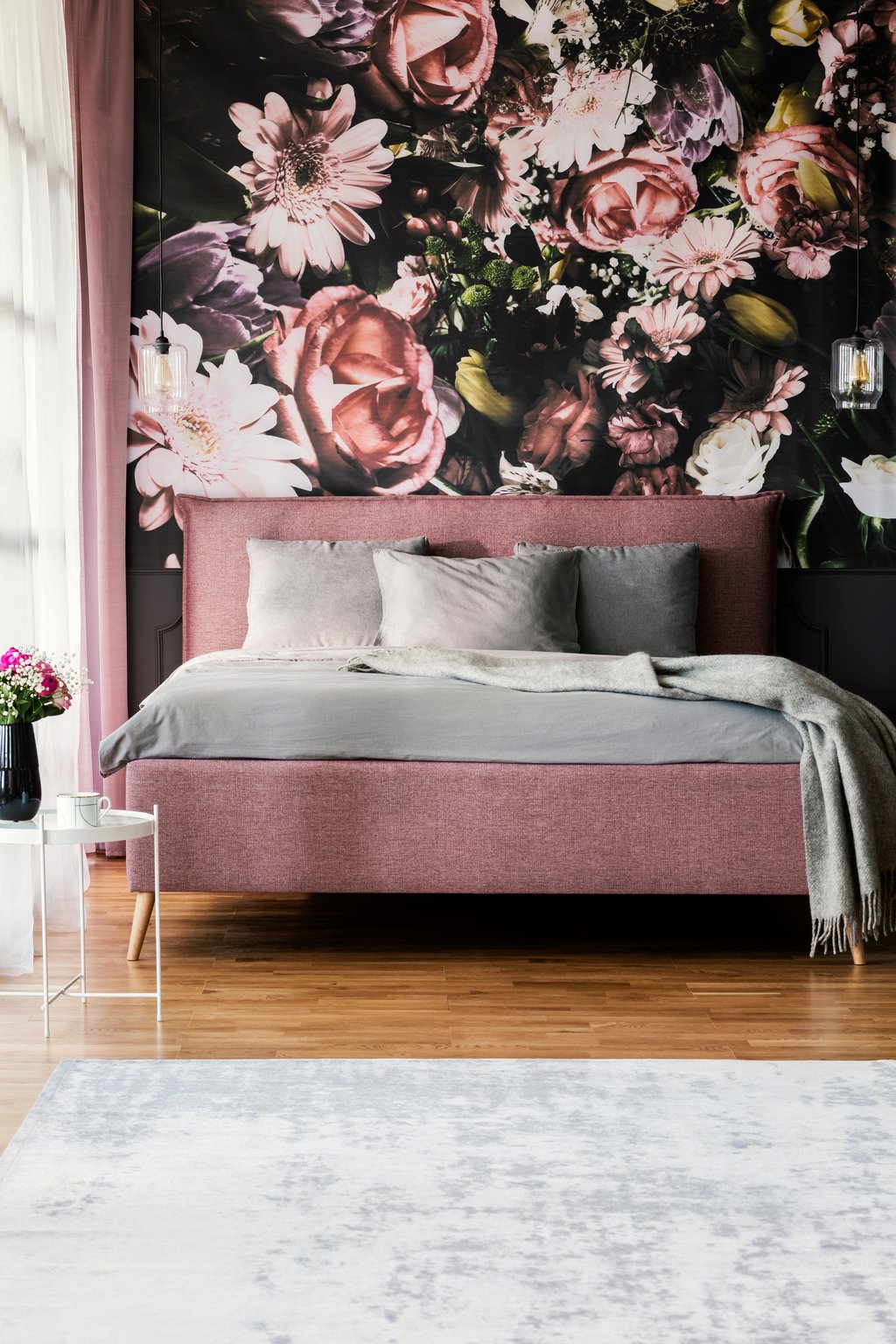 At a time when the promises of technology—peace, cleanliness, tranquility, freedom—feel oversold and under-delivered, Maximalism reminds us of the time before—before the internet and smartphones and social media. It’s nostalgic and comforting and resists mass reproduction. 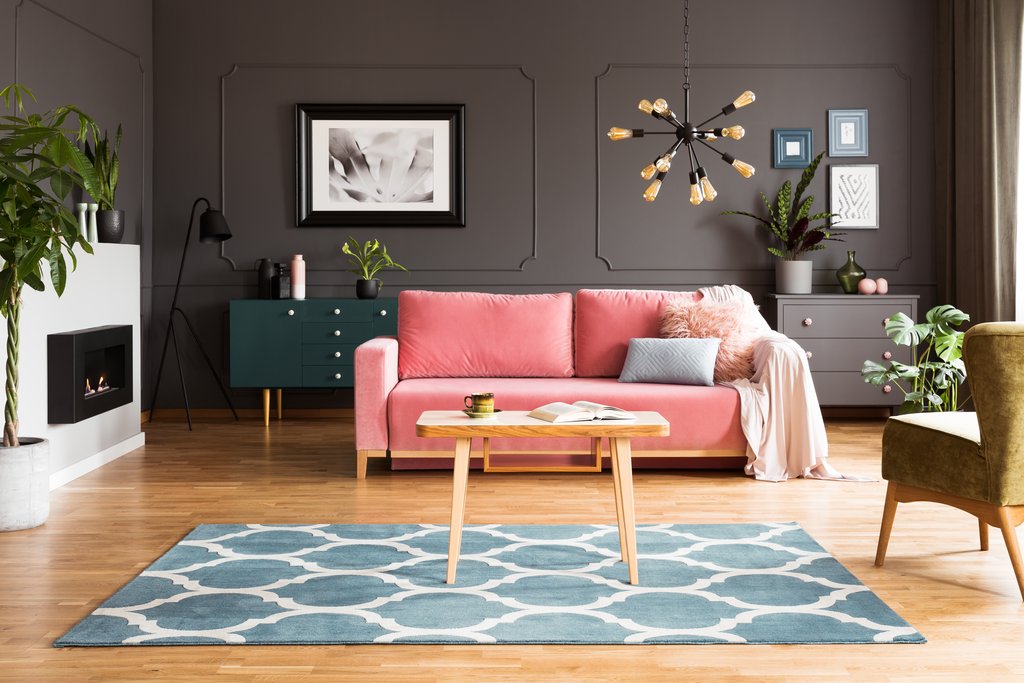 And, while maximalist spaces tend to have a much shorter shelf life than minimalist ones, going from hip to dated in almost the blink of an eye, they also burn brighter and resonate more deeply with the people who connect with them.

This connection may not be long-lived, but it is significant, and in our ever-quickening world, that’s what really matters.

A few more design beauties for you:

The post The Return of Maximalist Interiors appeared first on The Shutterstock Blog.

Did you miss our previous article…
https://www.louisdallaraphotoblog.com/?p=368