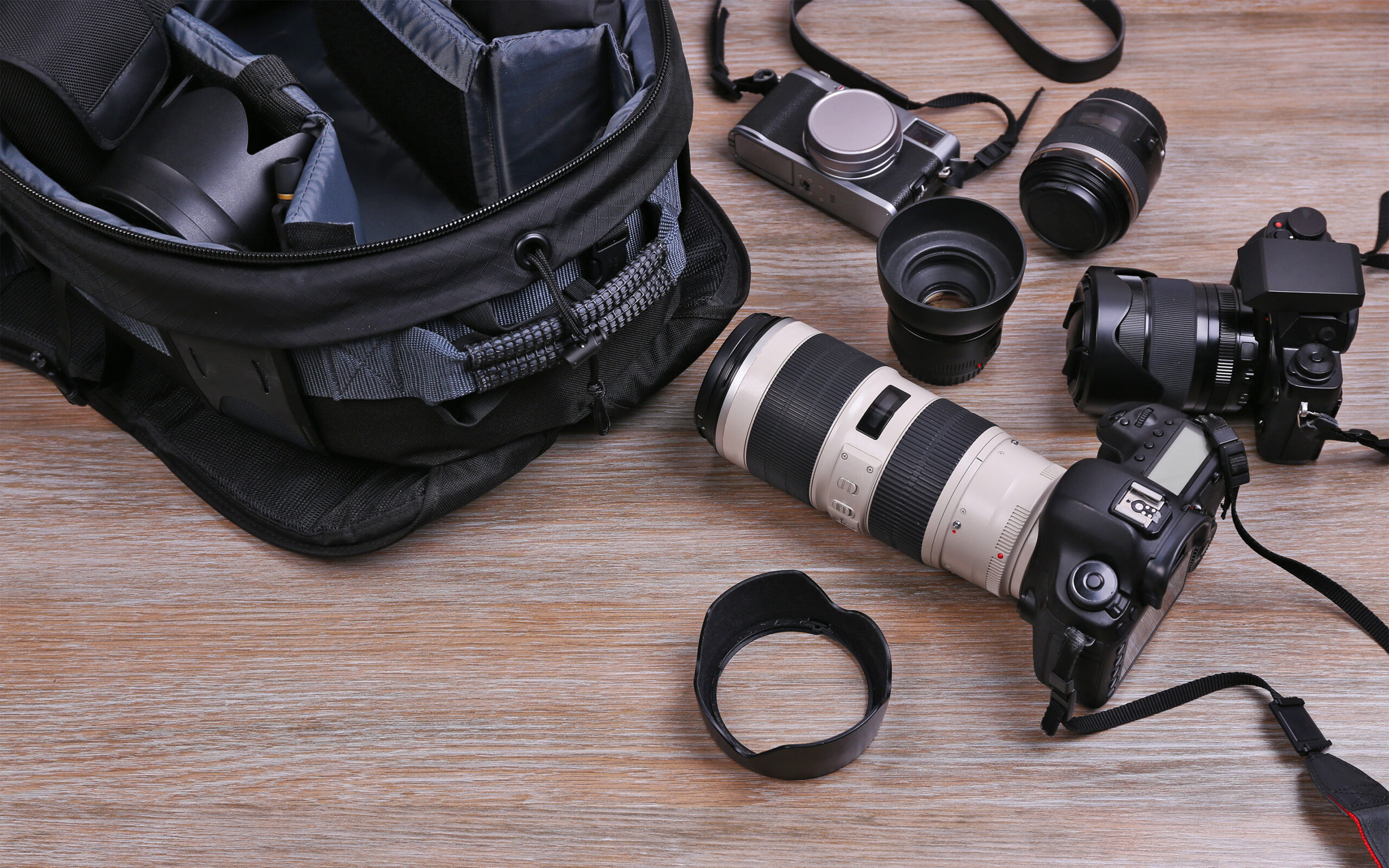 Tripods, light stands . . . a lot of gear and not enough space? Check out these clever DIY options to store all types of film and video gear.

Given the advancements of video production and all the gear, everything from cameras to microphones are getting smaller, more compact, and easier to store. This also makes many items obsolete much more quickly.

That said, filmmakers must often find new and unique ways to store gear without breaking the bank, while accommodating the space you have access to.

So, let’s check out some practical do-it-yourself options for storing your film and video gear.

Mount a Snowboard Rack for Tripods

Too many tripods, C-stands, and any other type of light stand sitting precariously upright ready to fall? In this DIY quick-tip tutorial from Lixi Studios, you can see the frustrations of trying to easily store and access our favorite oblong objects that we rely on for pretty much every aspect of production.

Their solution? Use a cheap, easy-to-install snowboard rack. You can tuck this tightly away against a wall, while giving you full access to your collection of tripods and stands.

Now, obviously, you’ll have to have space on your wall, with studs securely in place for this rack to be able to hold up heavy tripods and stands. But, the amount of room this will free up on your floor is game changing.

Another subtle genius trick for storing light stands or tripods, as demonstrated by The Film Look, is to utilize the highly versatile, fun, and cheap option of bungee cords.

The idea is simple: Get two hooks, screw them into the wall however long your bungee cord can reach, then connect the bungee cord to these hooks—behind the cord is where you’ll place your light stands and tripods.

As you can see in the video, you can use the cords’ flexibility to create ideal storage setups for all types of stands—from a few to several dozen. If your creative partner or editing assistant is acting up, you can store them behind the cord, as well. The sky’s the limit.

Now, this next idea is a bit of a stretch, I know. But just hear me out for a second. What if you built a custom-sized, custom-shaped cabinet to organize your gear? While this seems out of our (filmmakers) depth, putting it to practice is a lot easier than you might think. And, in my opinion, the benefits outweigh the effort that you will put into it.

In this video by Joshua Klinkenberger, he breaks down how building your own staging area can actually save you space in the long run—as well as make all your gear more accessible and easier to find. The key here is that you can build this to fit the exact gear you currently have.

He also gives good advice on laying all your gear out to understand exactly what you’ll need to create a blueprint design before diving in.

As you can see in the finished product, finding gear (and space) should never be a problem again.

The friendly filmmakers at Film Riot drop some knowledge on how to save money on expensive gear cases by customizing and (basically) making your own online. By using an app designed by My Case Builder, you can actually customize foam inserts in the case of your choice specifically to your cameras, lenses, and miscellaneous gear.

Now, while that’s a handy way to approach buying a new case, the other route is to go with the tried-and-true Pelican case, which comes with foam that’s meant for customization. So really, this is a pretty common thing for shooters now.

The 6 Best Cases to Protect Your Video Gear

One problem I’m actually currently attempting to solve right now is the issue of having too many charging ports for camera, monitor, and light batteries, and really anything else I end up having to charge up. The problem I’ve been having can be broken into two parts.

The first is the actual physical space that I need to fit all of these chargers. I obviously have had to buy surge protectors with multiple outlets, but even that is a disorganized mess.

The second problem I’m facing is the proximity of it all. I don’t want to have to go to several different spots throughout my office or house to collect batteries. It takes time and is also easy to lose sight of where things are.

In the video above, you can see the benefit and ease of building your own charging dock. It’s relatively cheap and will keep your batteries and current knowledge (of what’s charged and what’s not) in shape.

Another good trick, which you can read more about in this DIY gear hack roundup, is to simply use golf club travel cases for your gear. This works especially well with light stands and tripods, as they’re usually about the same length as golf clubs.

You can find cheap and discounted golf cases online and at sporting goods stores. As you may have figured out after a few Google searches for filmmaking equipment, this stuff is expensive . . . almost unbelievably so, at times.

I also might suggest going to Facebook marketplace first, because you’ll probably find what you’re looking for—slightly used and for half the price. I rarely buy new gear when it comes to cases, stands, etc.

Looking for more video production tutorials? Check these out.

The post Tips and Tricks for Storing Video Gear appeared first on The Shutterstock Blog.

Did you miss our previous article…
https://www.louisdallaraphotoblog.com/?p=427