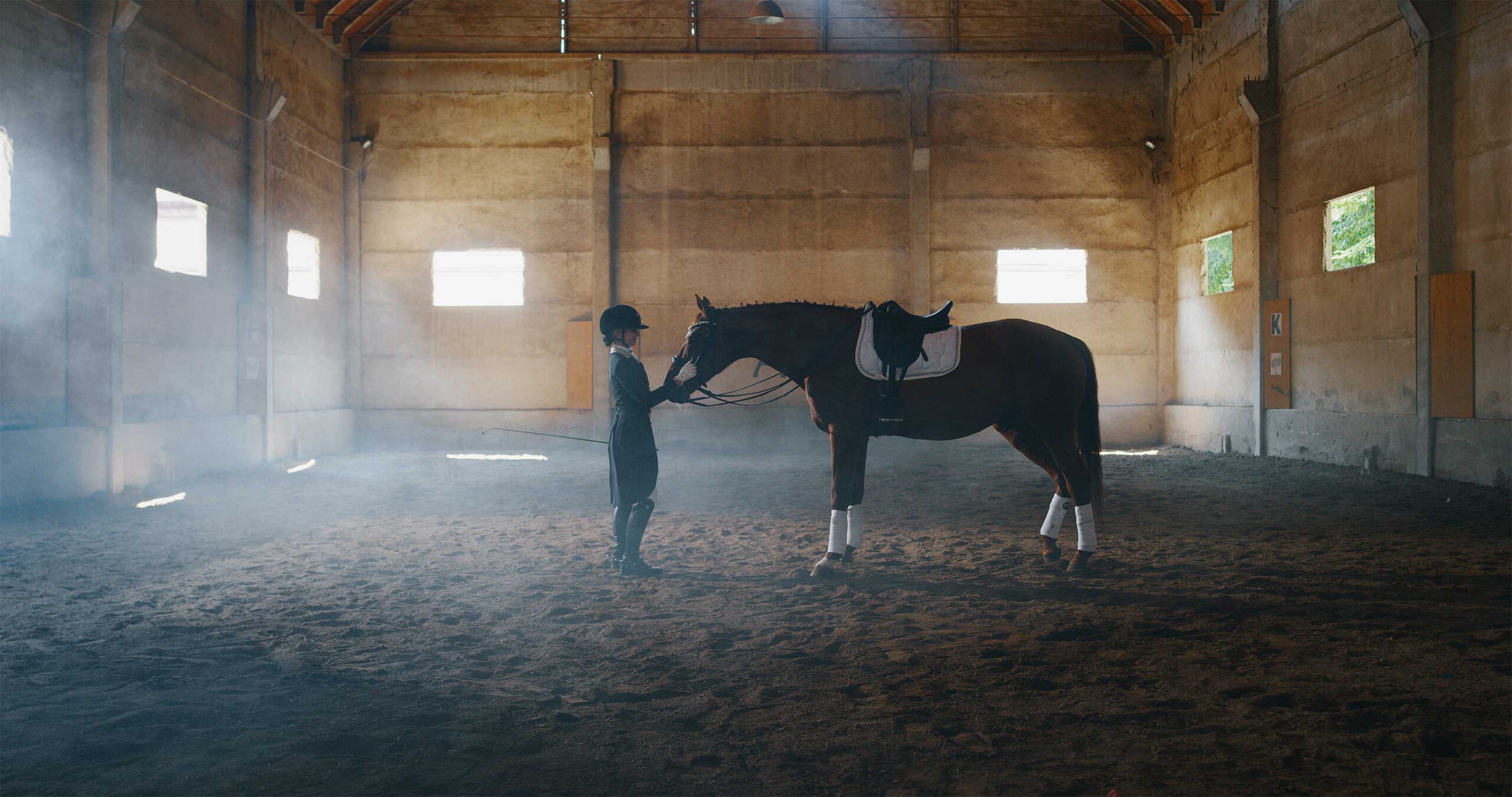 Unlock the cinematic power of color, lighting, and composition by harnessing the creative techniques favored by cinematographers.

Cinematography sets the stage for the overall look, mood, and feel of a film’s visual narrative. It’s the art of photography in a motion picture. But, that doesn’t mean cinematography and photography are the same. As much as the two art forms resemble one another and draw from similar skill sets, cinematography often requires a vastly different setup for images than photography, especially in-studio photography.

For example, in portrait photography, the photo is set up so the subject takes center stage and the background takes a back seat. But, the opposite is true in cinematography. 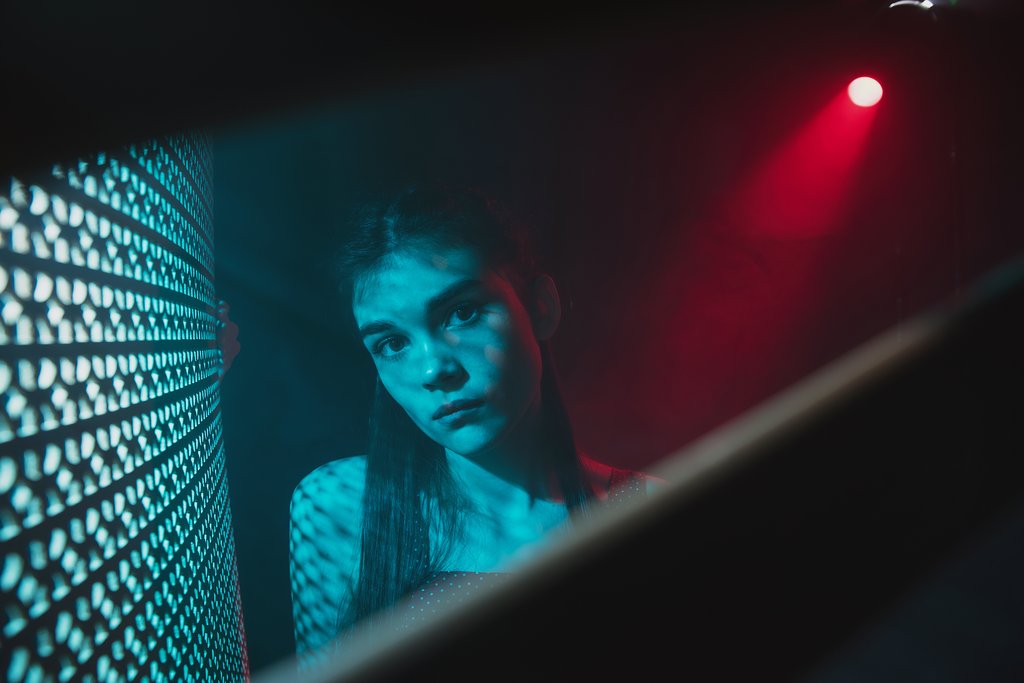 Producing a cinematic photo is to tell a story narrated by the colors, composition, and lighting of the shot. Image via Frunze Anton Nikolaevich.

Cinematography depends on the background to provide context because, without context, there is no story. That’s not to say storytelling isn’t integral to capturing compelling photos. But, unlike cinematography, not all photos are required to tell a story—some can deliver on their aesthetic quality alone.

Others—the ones that do tell a story—are, in many cases, cinematic. Here, we’ll discuss techniques cinematographers use to bring their cinematic masterpieces to life and how photographers can leverage those tools to add a cinematic feel to their work.

To add a cinematic element to your photography, it’s essential to understand how to frame your shot like a cinematographer. Understanding the three layers of shot composition—foreground, middle ground, and background—is the first step to creating an eye-popping and engaging cinematic photo. 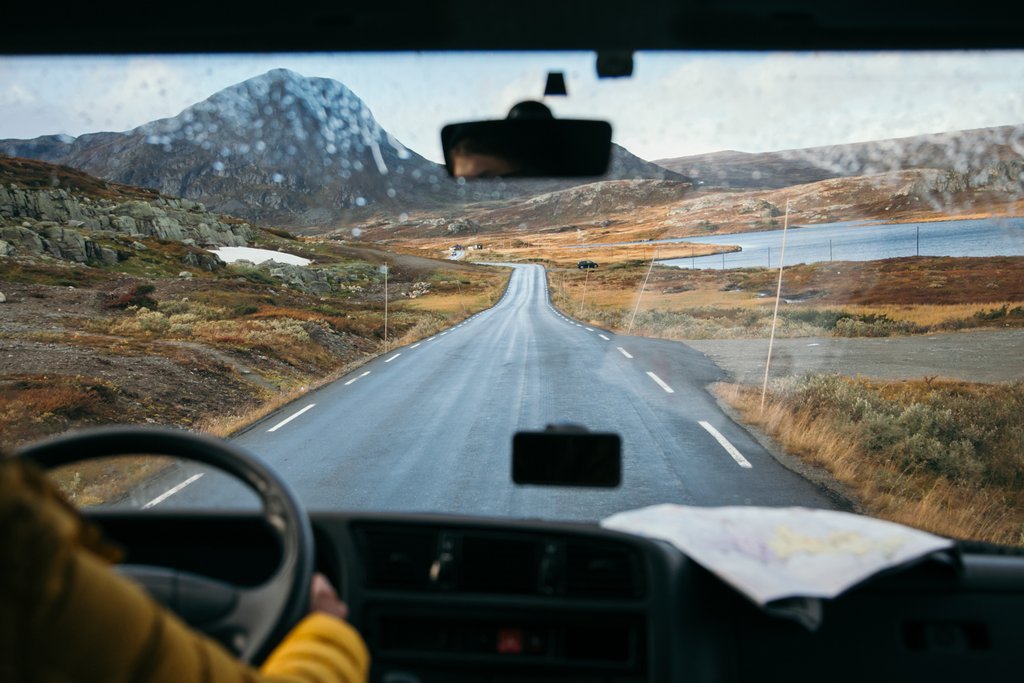 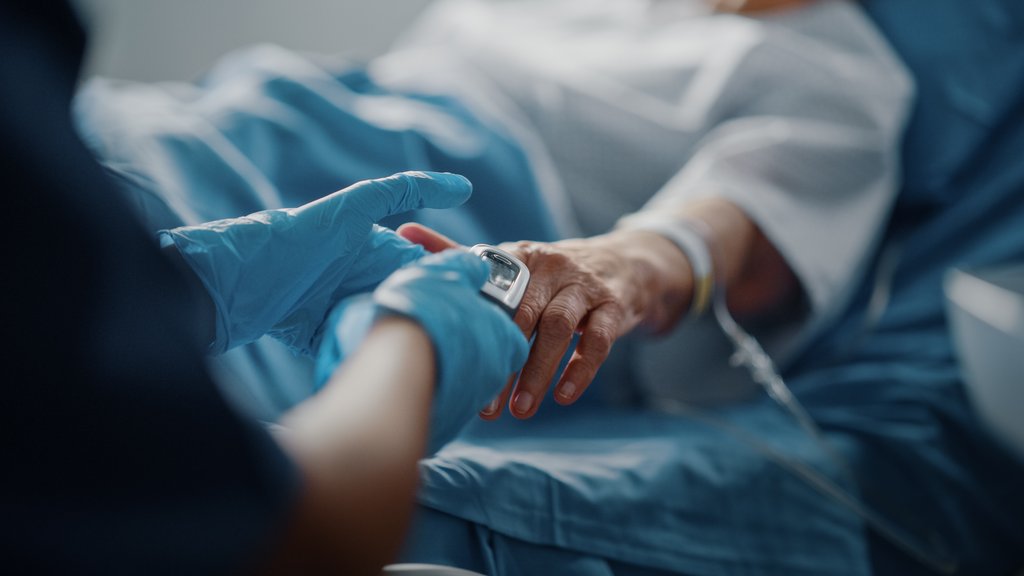 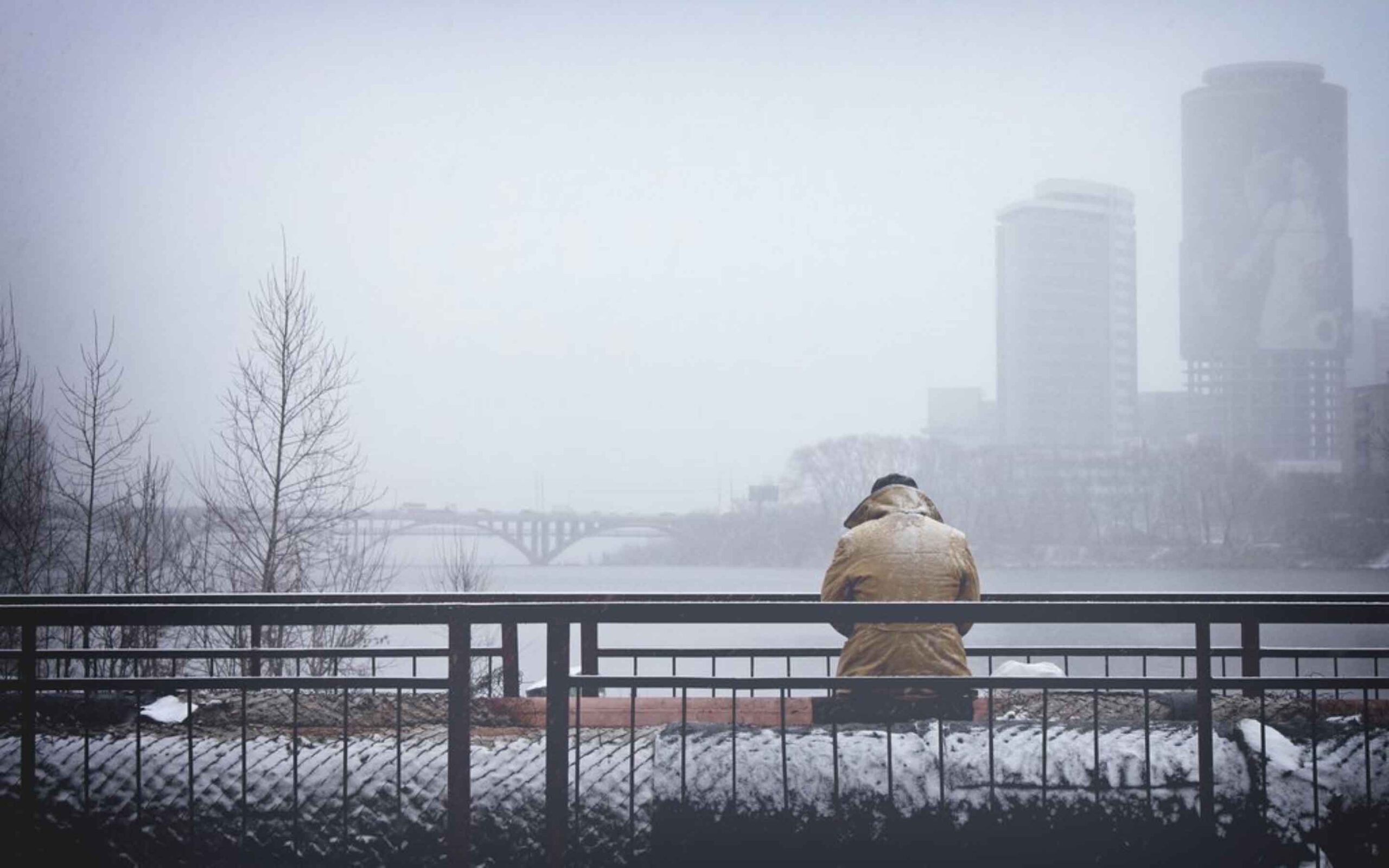 Feature all three layers of shot composition into your photo to add depth and scale. Image via BublikHaus, KatrinkaG, Gorodenkoff, and Dmitrii K

Each layer is unique and serves to enhance and support the visual narrative. For example, the foreground typically complements the narrative without diverting the viewer’s attention from the other layers. The middle ground is normally the main focal point of the scene, featuring the subject. Meanwhile, the background (like the foreground) complements the shot without overpowering or upstaging the main point of interest: the middle ground.

Let’s just say the foreground and background are the supporting acts, while the middle ground is the lead. But, as with anything, there are always exceptions to the rule. 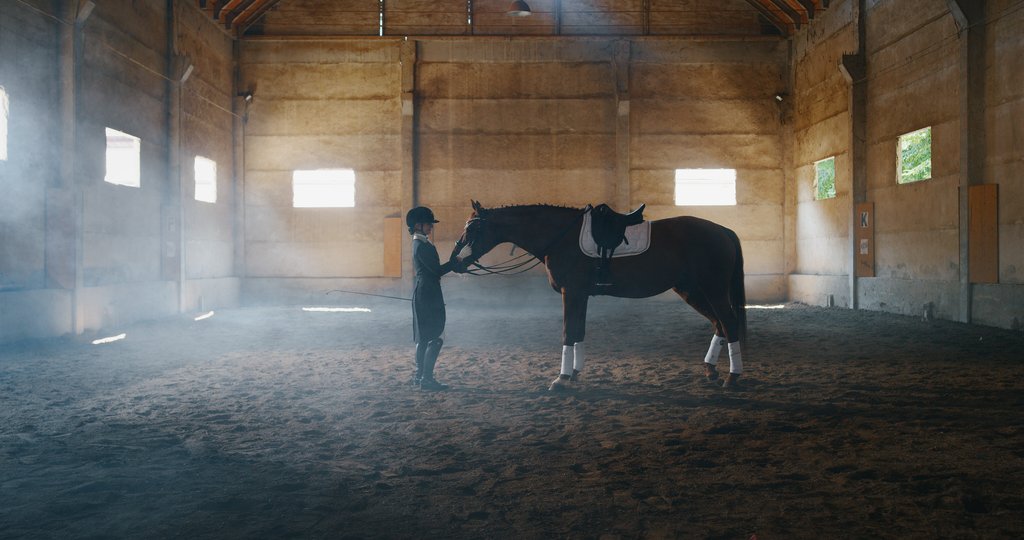 Add depth and dimension to your scene with layers. Image viaHQuality.

So, why is it important to have a foreground, middle ground, and background? Because these layers add a sense of depth and dimension to your frame. As a general rule of thumb, the viewer is going to get the most information out of your scene and a better grasp of the depth and scale of elements if there’s a foreground, middle ground, and background.

Once you’ve trained your eye to recognize all three layers of shot composition, doing so will almost become second nature—and so will harnessing the captivating effect of cinematic photography.

Set the Mood with Lighting

Lighting helps to create a visual mood, atmosphere, and sense of meaning for the audience. Strategic use of light can help guide your viewer through your photo, spotlighting the most important elements, even within a visually busy and complex scene.

There are two main types of lighting to shape the mood of your photos: soft lighting and hard lighting. Soft lighting tends to wrap around the subject, projecting shadows with soft edges that are often diffused, creating a dream-like scene.

Hard lighting creates a harsher contrast. Shadows are darker, and the edges are sharper, adding an element of drama to your shot. It is therefore essential when choosing your lighting to consider how that lighting can support your narrative. 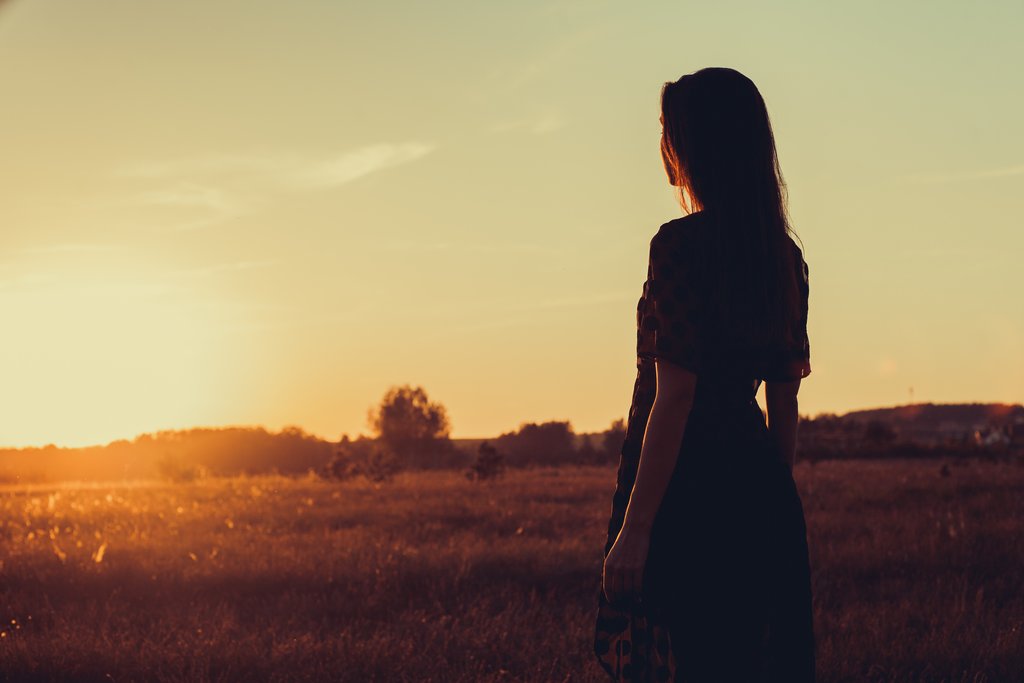 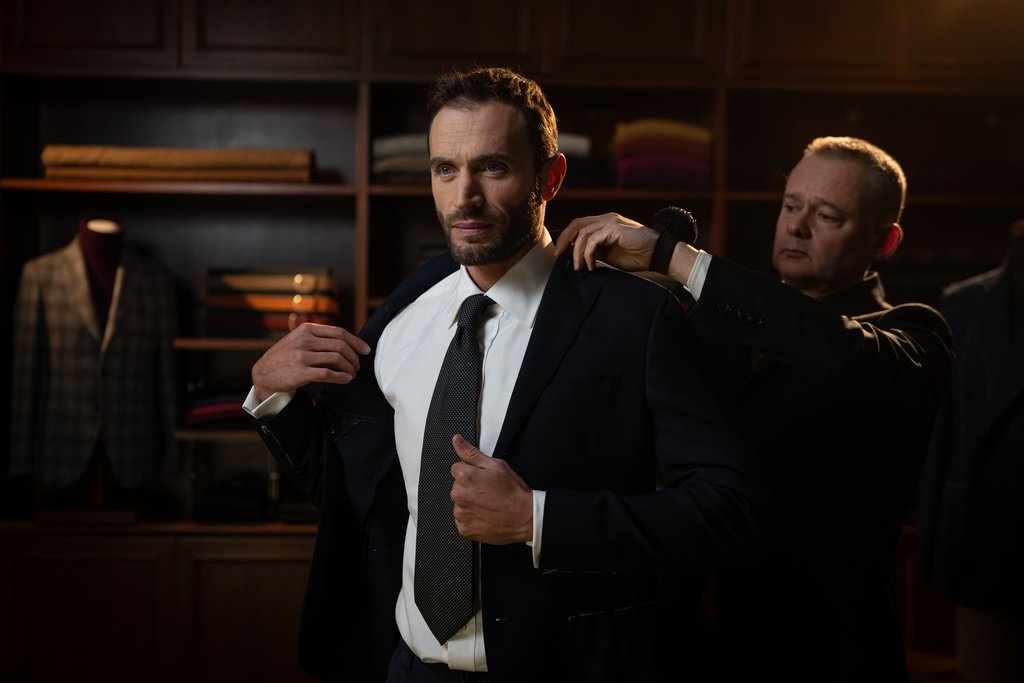 Soft light and hard light can be used to evoke different emotions in a cinematic scene. Images via MaxStrogiy and HQuality.

There are natural and artificial sources of soft and hard lighting. On a cloudy day, light is diffused through the clouds to provide a soft light. Alternatively, softboxes are a form of artificial light that spreads light over a larger surface area. Meanwhile, hard lighting can be sourced from a small direct artificial light or direct sunlight on a bright day.

There are countless ways to set up lighting to produce cinematic results. However, the three-point lighting technique—in which three different light sources are placed at various angles and distances around a subject—is perhaps the most widely employed setup in cinematography. 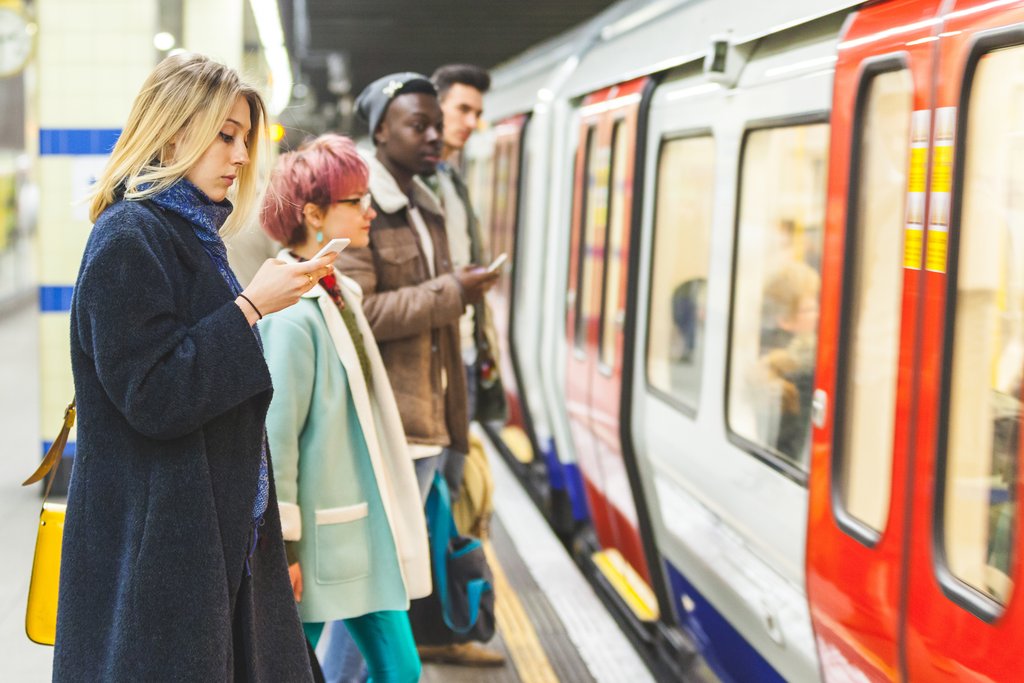 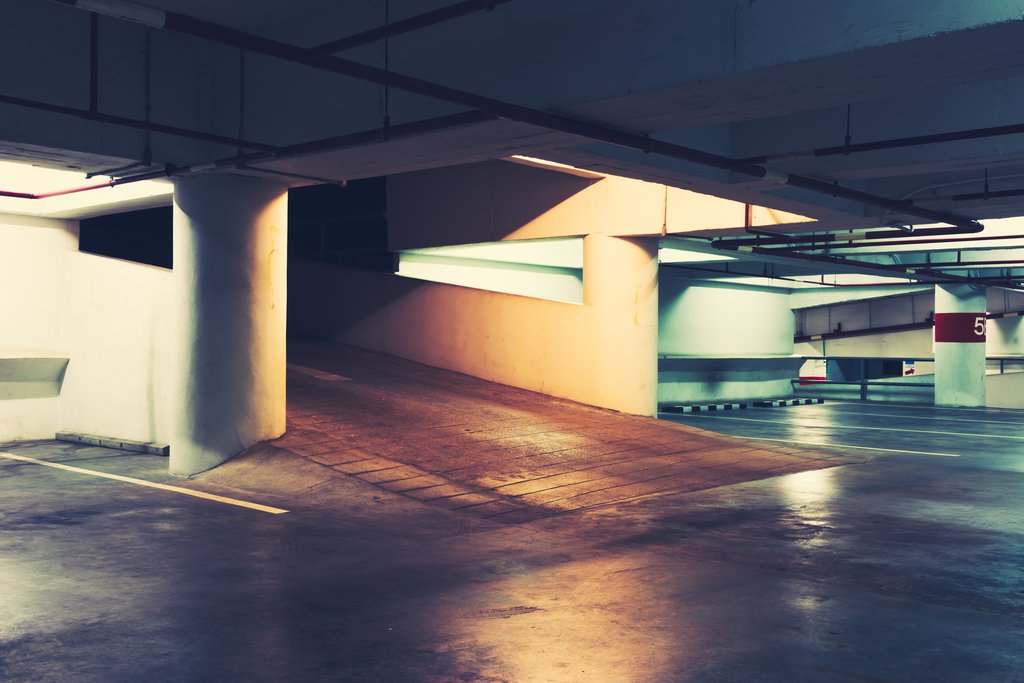 Three-point lighting generally consists of a key light (or a primary light that makes up approximately three-quarters of the light projected on the subject), a backlight (which serves to define the subject’s outline to emphasize its three-dimensionality), and a fill light (or a secondary light meant to fill the remaining unlit space in your shot).

Each light source serves a different purpose in casting and correcting shadows on the subject, depending on the desired feel or mood of the shot.

Cinematographers shoot movies horizontally because it’s how we see the world. Our eyes are arranged horizontally, so shooting at eye level helps us connect with the subject on a more personable and intimate level. Use the grid on your screen to make sure your photo elements fit into the frame of a wider aspect ratio. 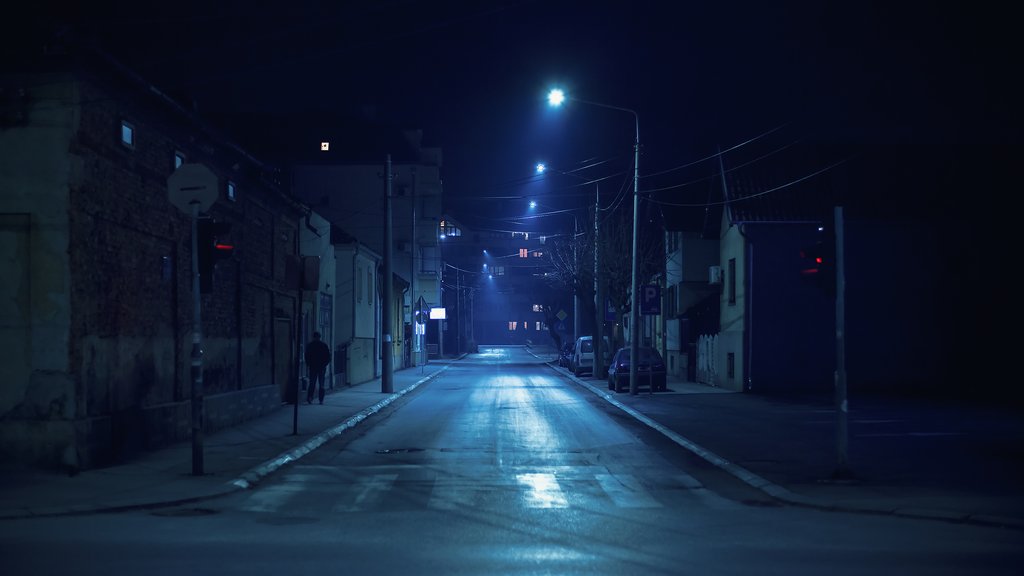 Photos captured at eye level reflect how we see the world. Image via krsmanovic.

Shooting at eye level is the most common angle as it helps the viewer connect with the subject. But, what if you want your subject to appear bigger and more dominant?

Shooting from below can make the subject appear more imposing and intimidating while shooting from above can make your subject look more vulnerable. A tilted angle—referred to as the Dutch tilt—can create a feeling of imbalance and uneasiness. Don’t be afraid to experiment with different angles to evoke different cinematic effects. 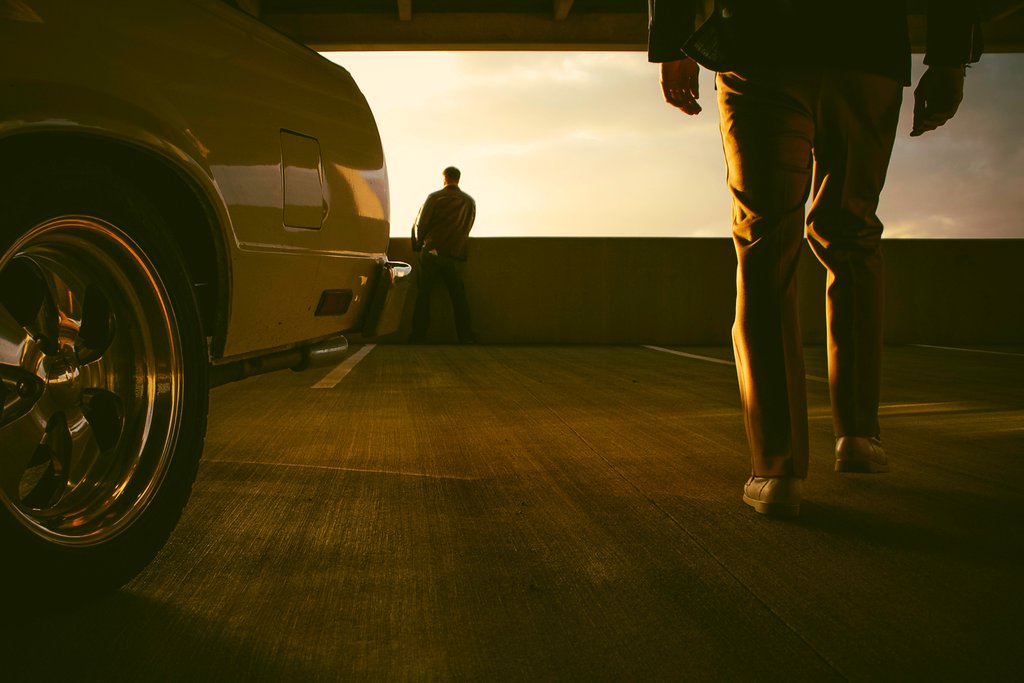 Shooting from different angles can greatly affect how a viewer perceives the subject or scene in your shot. Image via Sean Moorefield.

Crop to a Cinematic Aspect Ratio

To see your photo as a screenshot from a movie, crop your photo to a cinematic aspect ratio. Aspect ratio is the proportional relationship between the height and width of your image.

A widely used aspect ratio in film photography is 1.85:1 and 2.39:1. Whatever you lose in resolution, you gain back in a more visually immersive and cinematic experience. 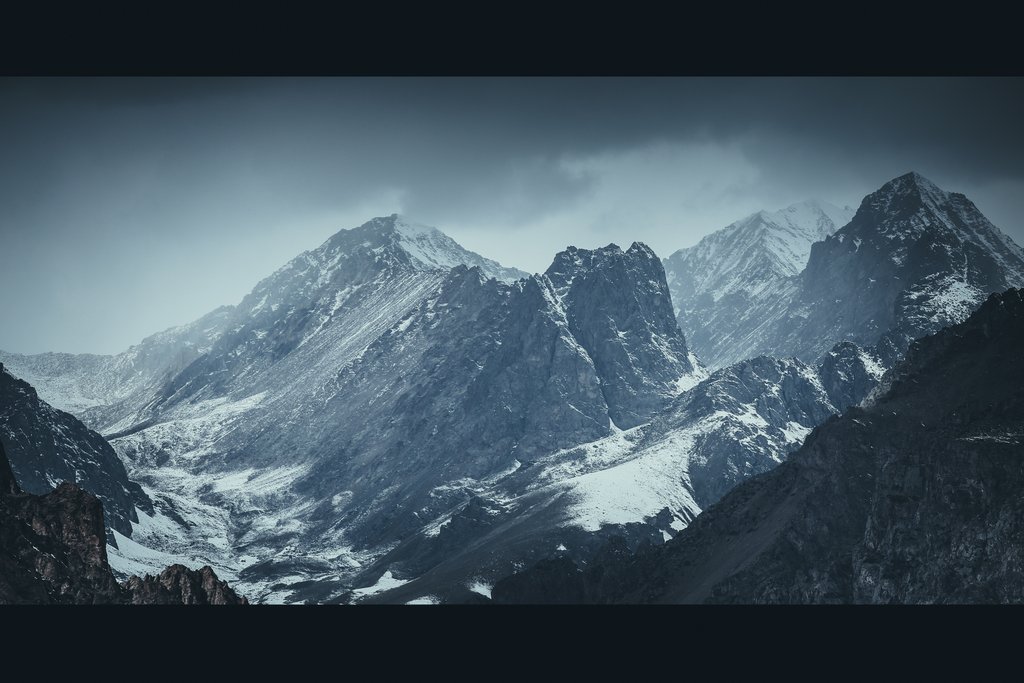 Cropping your photo to a cinematic aspect ratio can enhance the cinematic quality of your shot. Image via DenisBogachev.

Get Creative with Color Grading

Because colors affect a viewer’s perception, color grading in post-production can subtly enhance the cinematic feel of your photos. Manipulating your photos to tones and hues in yellow can create a warmer effect, for example, while shades of blue tend to evoke a colder response.

Legendary director Wong Kar-Wai was obsessed with color and the feelings the use of color would evoke in his cinematic masterpieces. Take In the Mood for Love, a film he produced with cinematographer Christopher Doyle, for instance. Earlier scenes are set to the tones of reds and blacks to symbolize the passion and painful restraint of two unhappily married neighbors who refuse to act on their feelings due to their respective marriages.

Later in the film, there’s a noticeable shift to shades of greens and blues—representing sadness at the realization that a romance between the two protagonists would never be. The audience can read into the scene based on color alone, without relying on the dialogue. 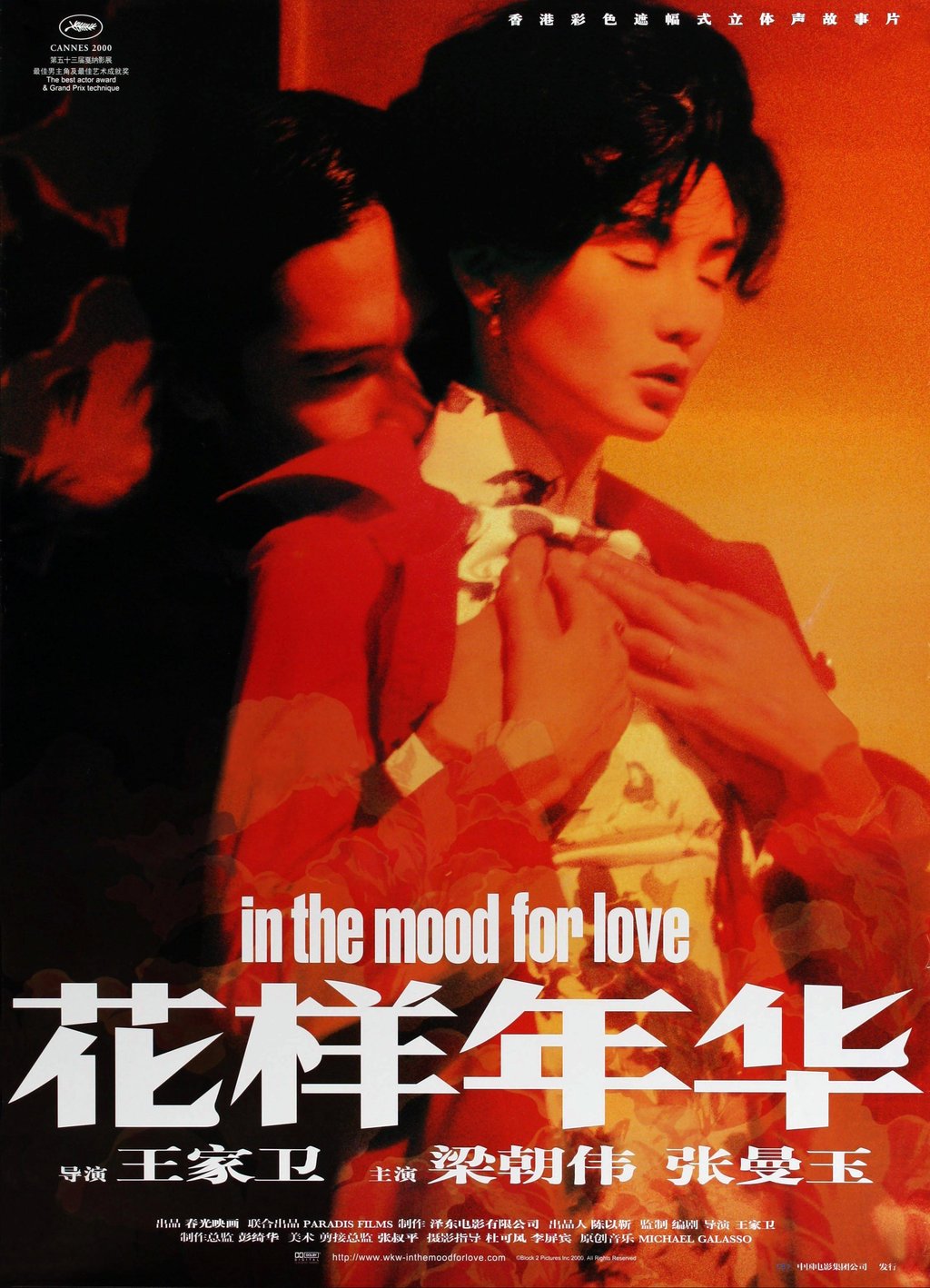 Ultimately, color grading is an artistic choice. There aren’t any exact rules to follow, so have fun with it. Experiment with different hues, saturation, and luminance until you achieve the color palette and cinematic feel you desire.

More photography resources, tips, and advice for you:

The post How to Give Your Photos a Cinematic Feel appeared first on The Shutterstock Blog.

Did you miss our previous article…
https://www.louisdallaraphotoblog.com/?p=432