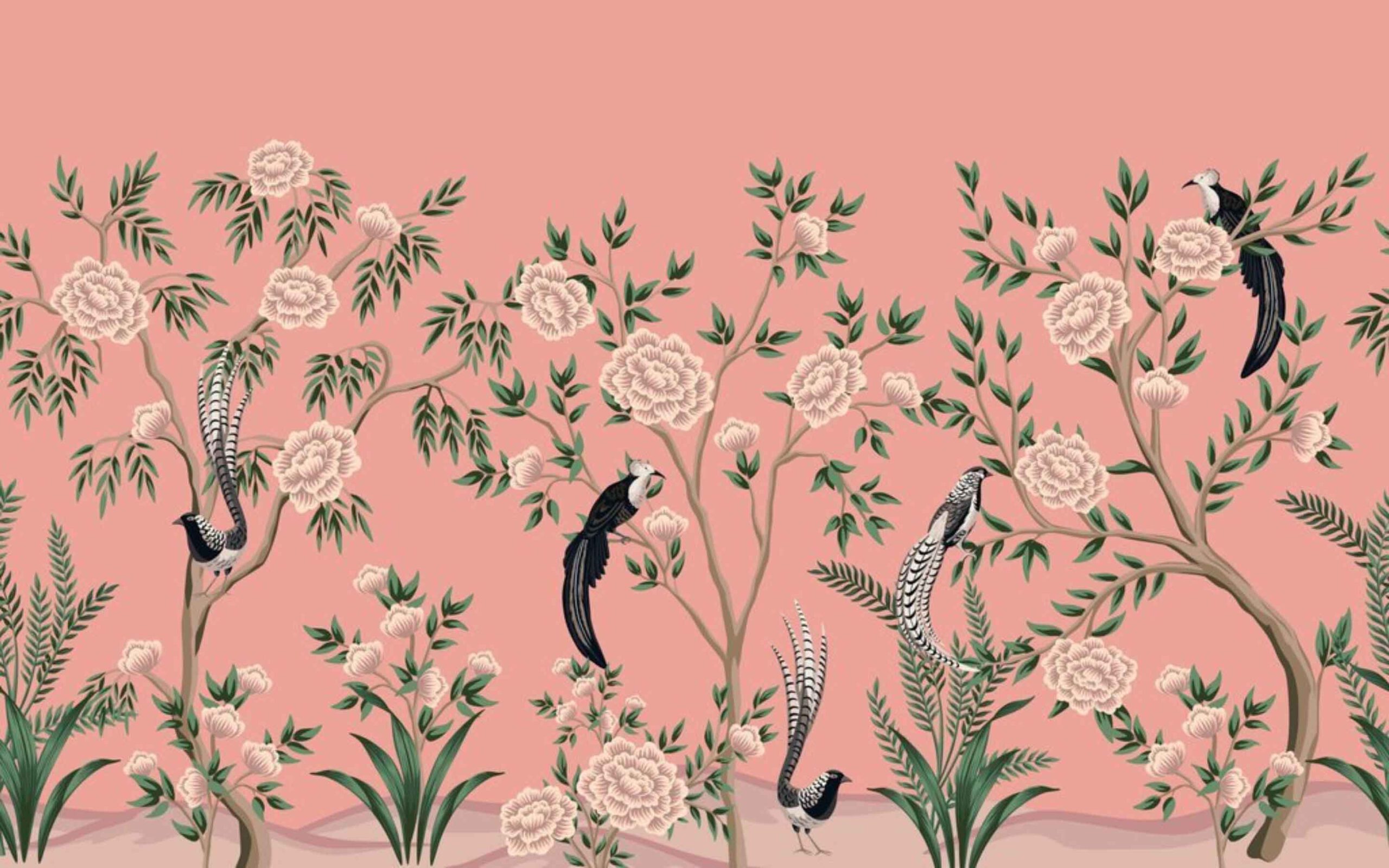 The pattern, which often features birds and florals,is a European interpretation of Asian culture and decorative arts.

The word “chinoiserie” derives from the French word “chinois,” meaning Chinese. But, in practice, chinoiserie is about as authentically Chinese as Americanized dishes like chop suey. The word refers to decorative arts, architecture, textiles, furniture, and more inspired by China and other East Asian countries, popularized from the 16th century onward.

Rather than drawing on the true history of Chinese design, however, chinoiserie reflected an entirely European interpretation of a distant continent. 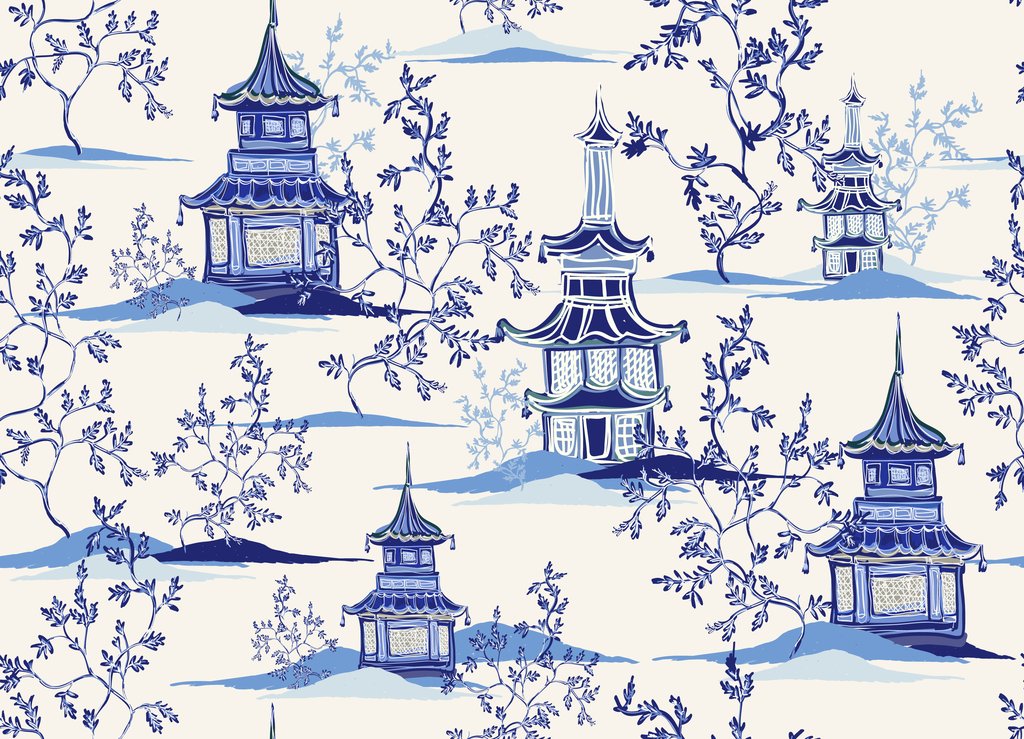 An example of vintage Chinese pagodas, mountains, and trees in chinoiserie style for fabric and interior design. Image via Hanna Kh.

Fascination with all things Eastern started after trade routes between Europe and Asia became more accessible in the 13th and 14th centuries. Italian explorer Marco Polo described a visit to Kublai Khan’s summer palace Shangdu, a.k.a. Xanadu, in 1275, planting an early seed for interest in elaborate Chinese gardens and interiors. 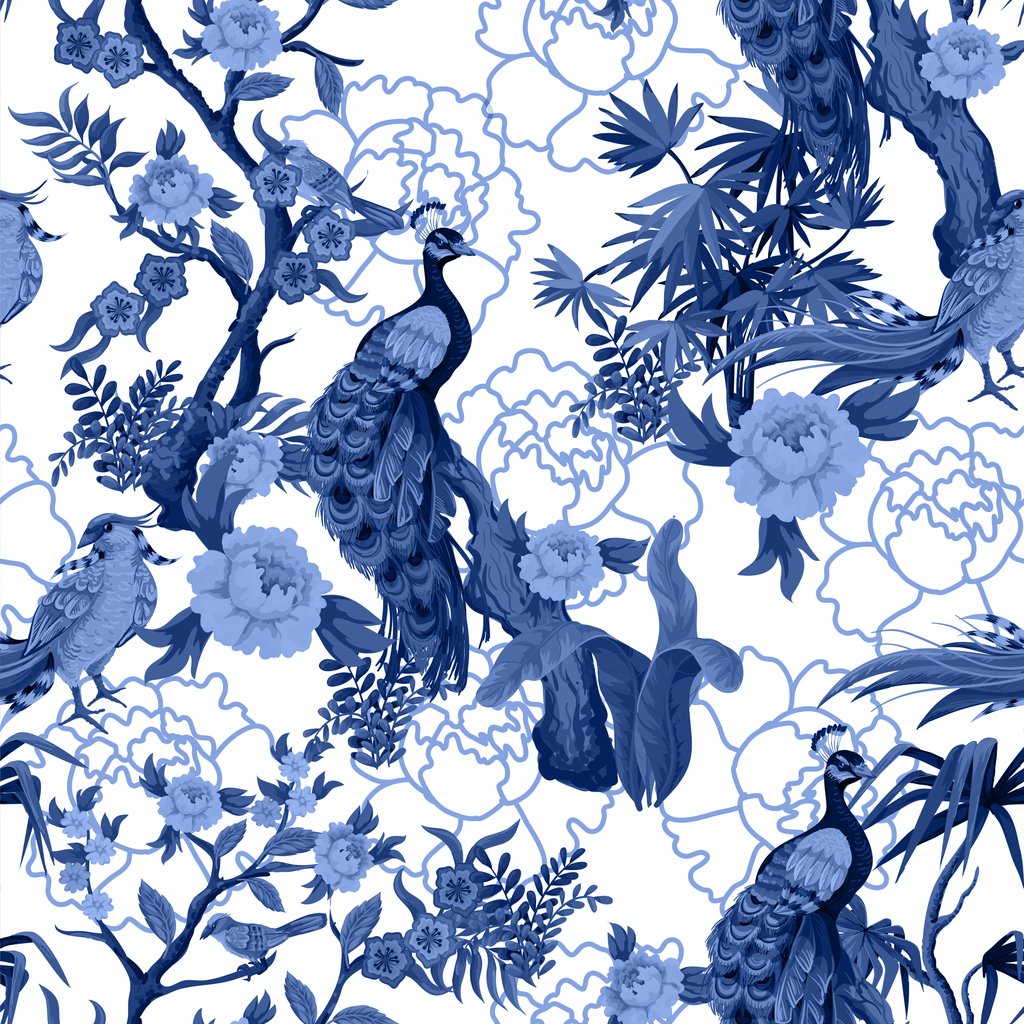 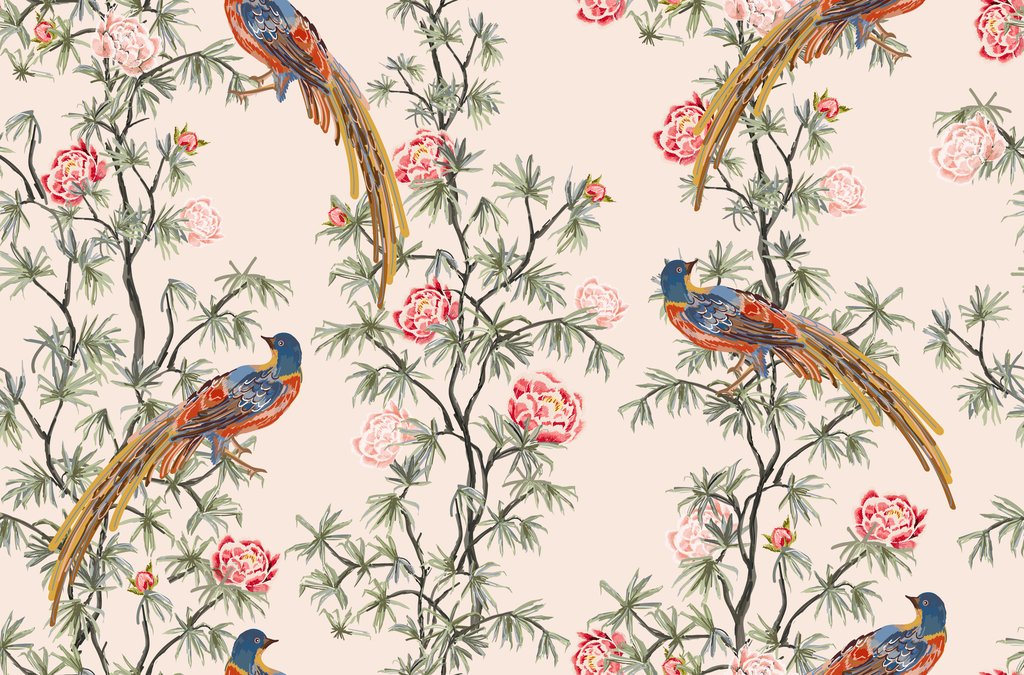 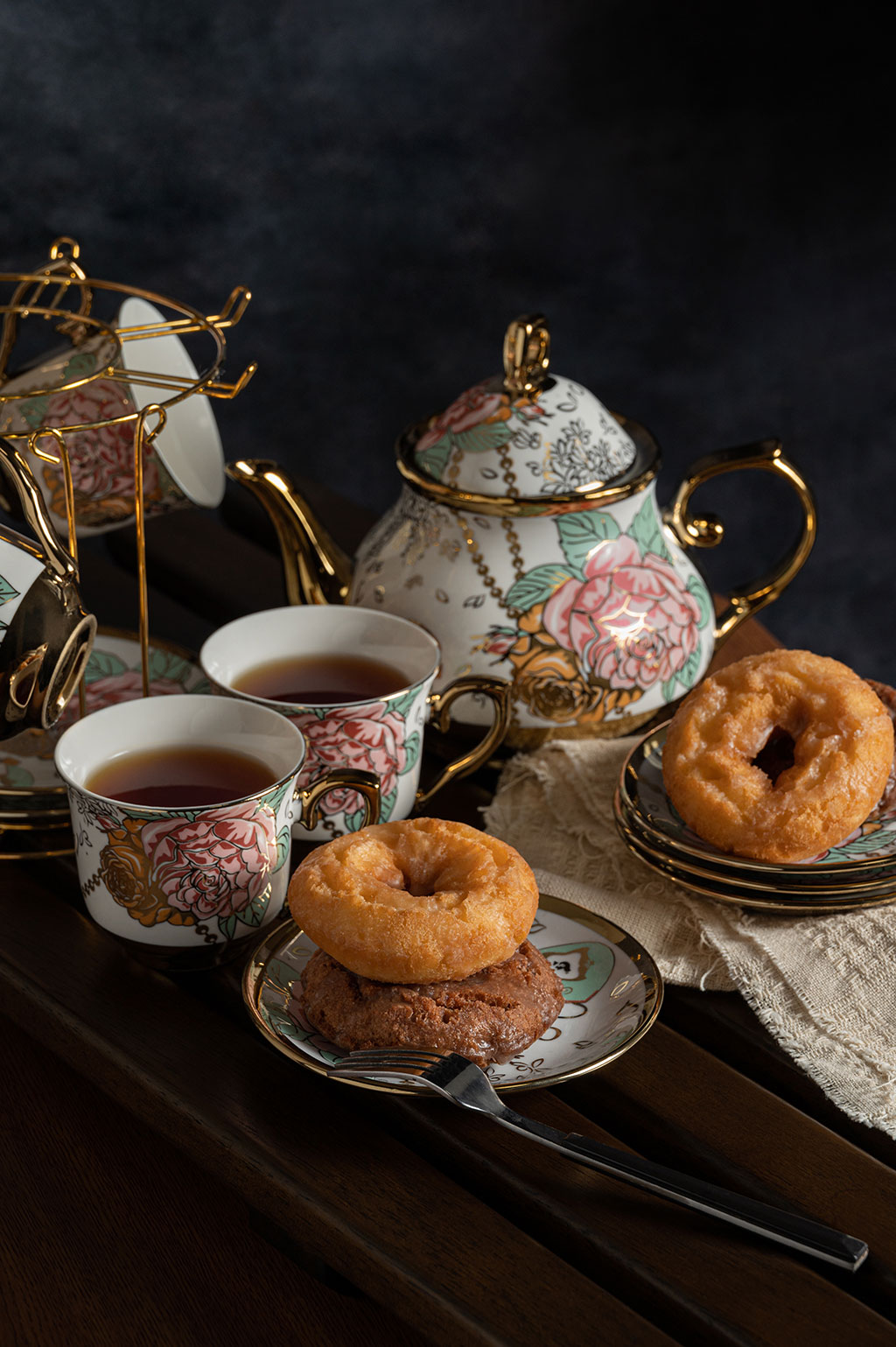 It wasn’t until the 1600s that interest in Chinese design really took off. And, at first, it had little to do with textiles or furniture—it was all because of tea. As tea became the beverage of choice for upper-crust Europeans all over the continent, demand for intricately-crafted tea sets exploded.

But, while the tea was still coming from China, the tea sets weren’t. They were often made in Europe, created to resemble what artisans imagined as “authentic” Chinese design. 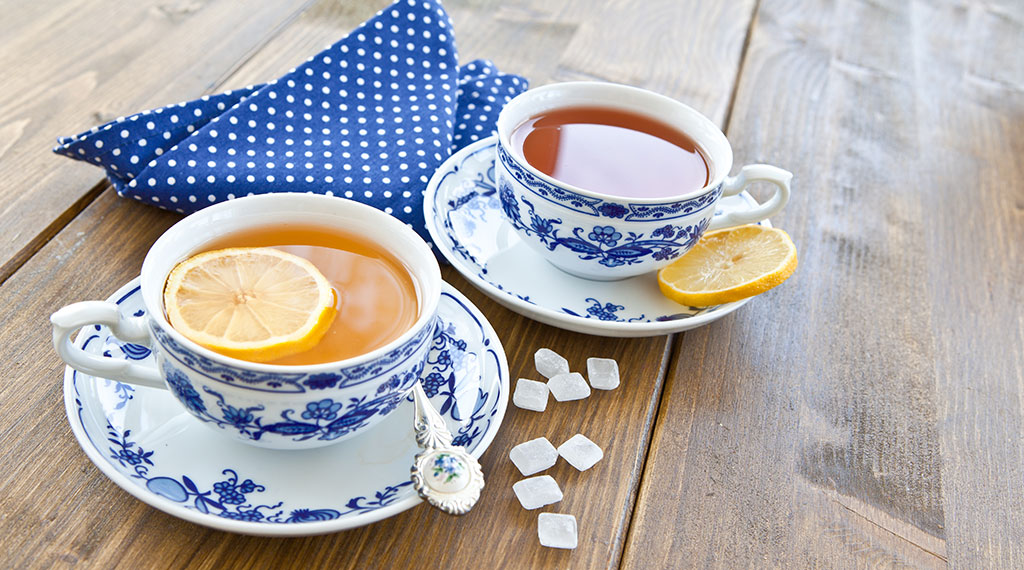 Some Chinese imports—porcelain vases, lacquered screens, embroidered silks—made it west, but it was much cheaper for European designers to simply make their own objects that imitated the real thing. These diluted interpretations of Chinese decorative arts became what is now known as chinoiserie.

As is the case with so many European design trends, chinoiserie became a hot commodity thanks to the goings on at Versailles. Louis XIV was so enamored of the East that he ordered the construction of the Trianon de Porcelaine near the castle in 1670, complete with a blue-and-white tiled roof inspired by a tower in Nanjing (but actually manufactured in the Netherlands).

In less than two decades, though, the tiles started cracking, and Louis’s mistress decided she didn’t like the building. It was demolished in 1687 and later replaced with the Grand Trianon, which is still standing. 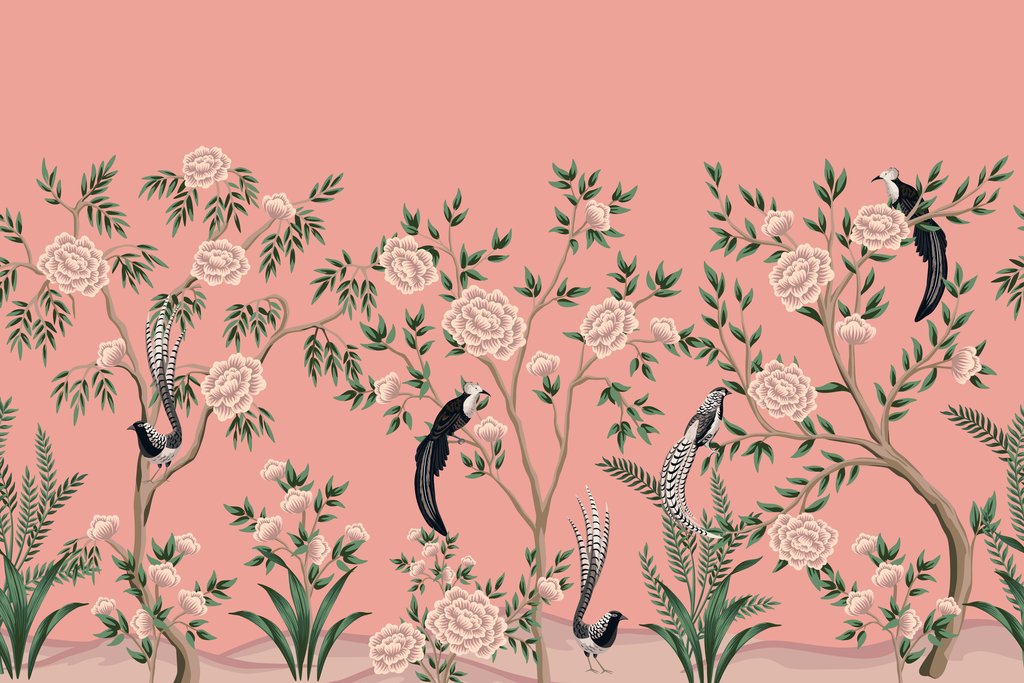 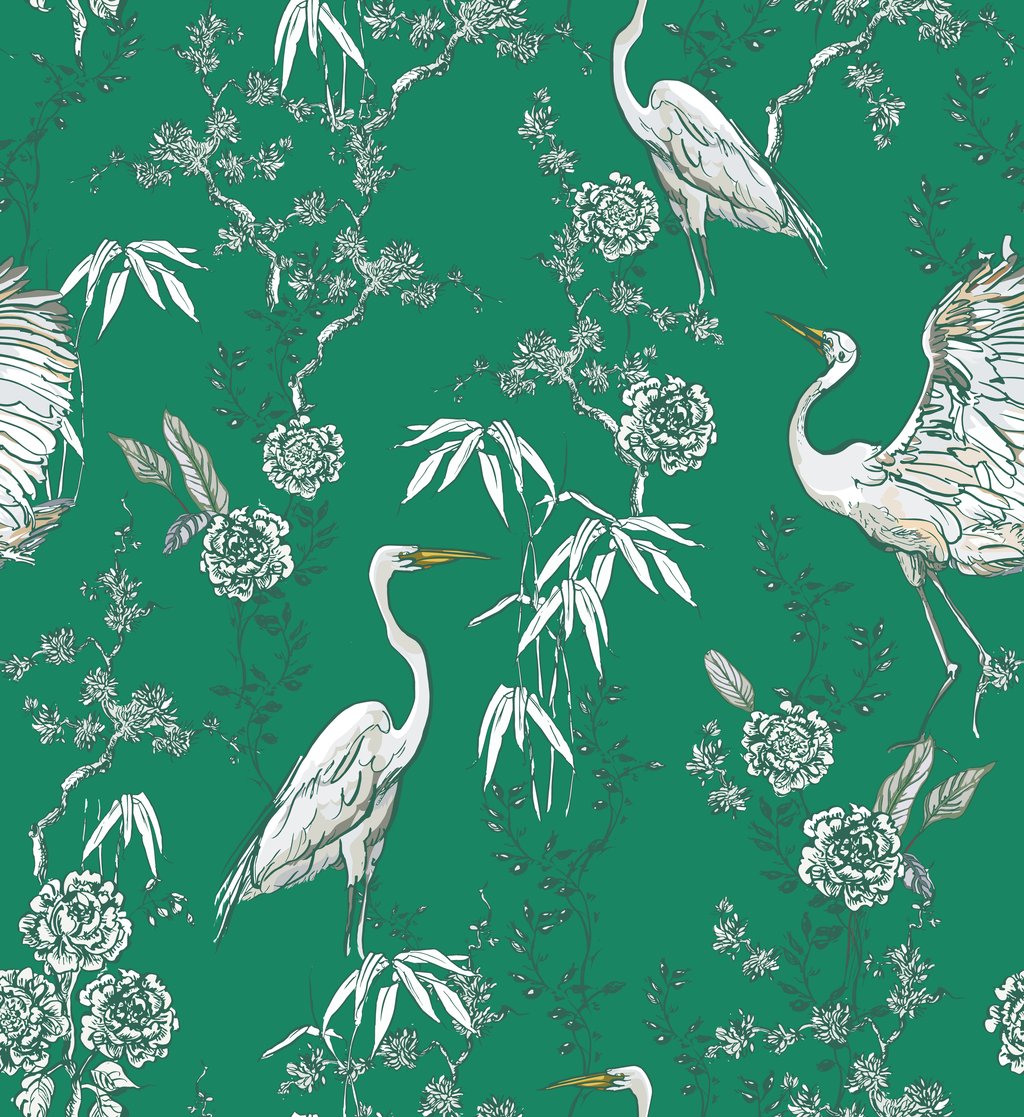 Few citizens had the means to build their own custom mini palaces, but they could cover their rooms in (still quite expensive) Chinese wallpaper. At first, these were imported directly from China via the East India Company, but the designs were still created with a decidedly European sensibility in mind.

These wallpapers featured motifs like floral scenes dotted with exotic birds, or repeating patterns of pagodas and foo dogs (Chinese guardian lions). Despite their Chinese manufacture, these wallpapers weren’t what actual Chinese homeowners used to decorate their own houses—they mostly preferred solid colors for their wall coverings. 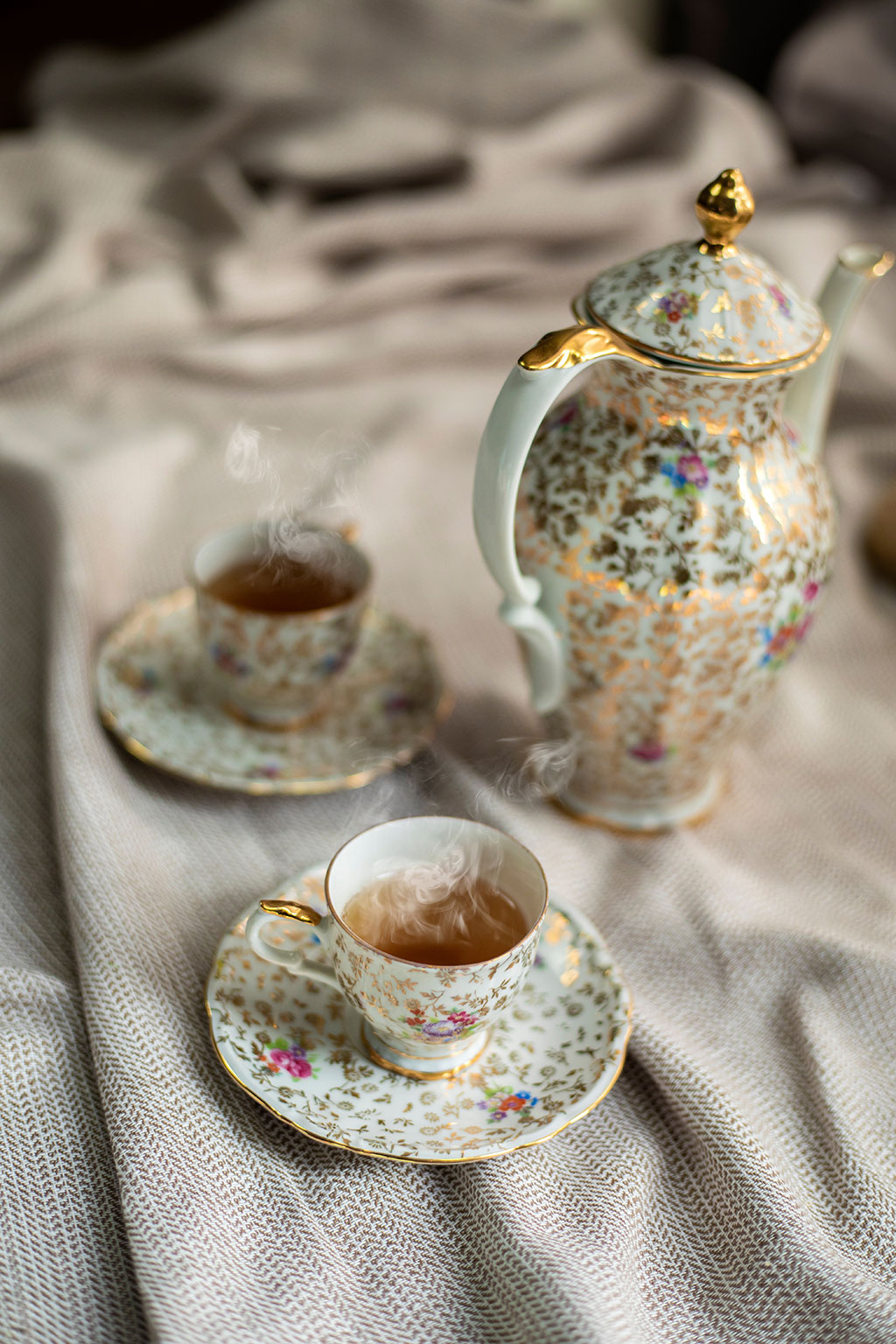 Chinoiserie wallpaper became the rage throughout Europe. Image via A-photographyy.

As with porcelain, furniture, and other Chinese imports, European manufacturers quickly realized that it was easier and cheaper to make wallpaper themselves, especially as custom-designed Chinese wallpaper could take up to eighteen months to arrive.

As a result, chinoiserie motifs that were already designed with a European customer in mind became even more watered down, resembling little that a traveler would find on an actual visit to China.

Royalty’s love affair with chinoiserie continued well into the 18th and 19th centuries, with several kings following in Louis XIV’s footsteps and building their own Asian-inspired rooms. 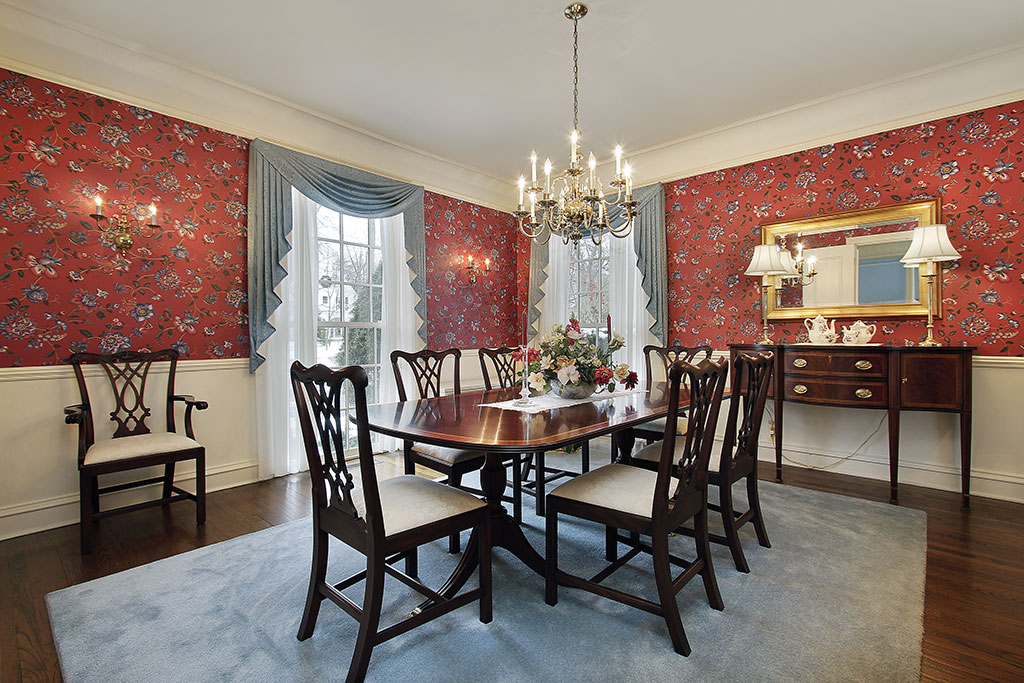 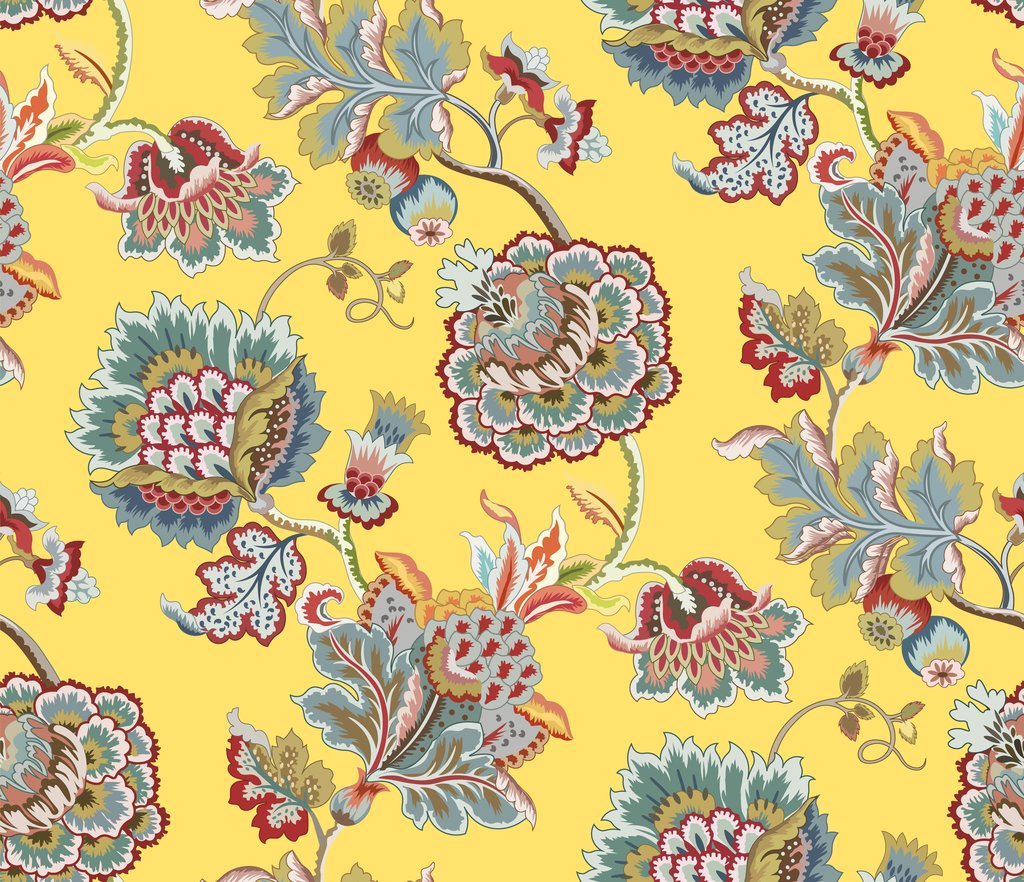 Frederick the Great, king of Prussia from 1740 to 1786, built a so-called Chinese Room near the Sanssouci Summer Palace in Potsdam, Germany. The building combined Rococo elements—gold trim, elaborate scrollwork—with European-designed details that reflected a vague understanding of China. Many of the interior walls were covered with chinoiserie-printed paper and fabric featuring botanical designs. 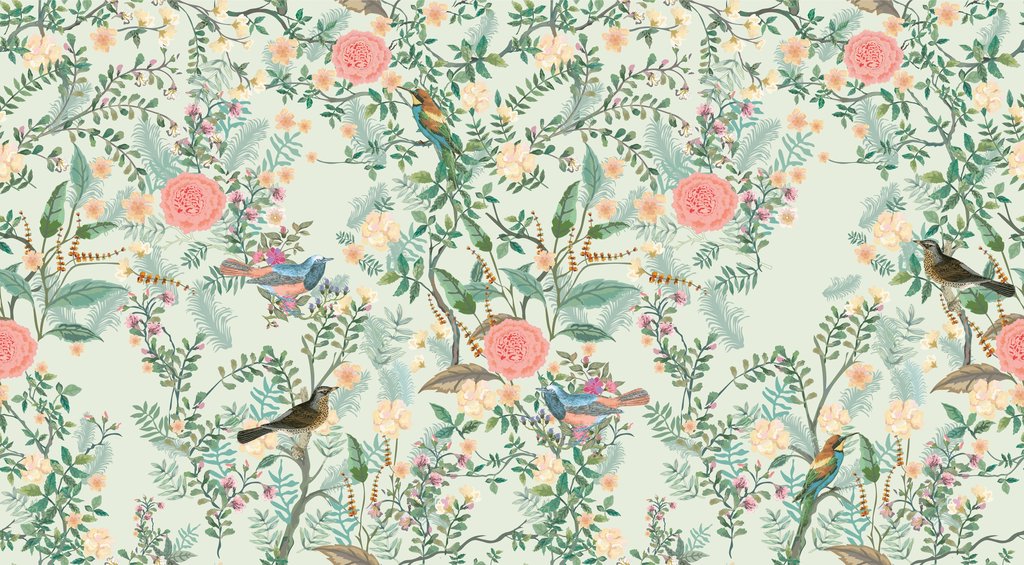 George IV, king of England from 1820 to 1830, spearheaded the construction of the Royal Pavilion in Brighton, which combined Indian-style exteriors with chinoiserie-inspired interiors that drew on both Chinese and Japanese art.

Many of the rooms were covered with chinoiserie wallpaper depicting flowers, birds, and trees, backed by brilliant shades of yellow and pink. 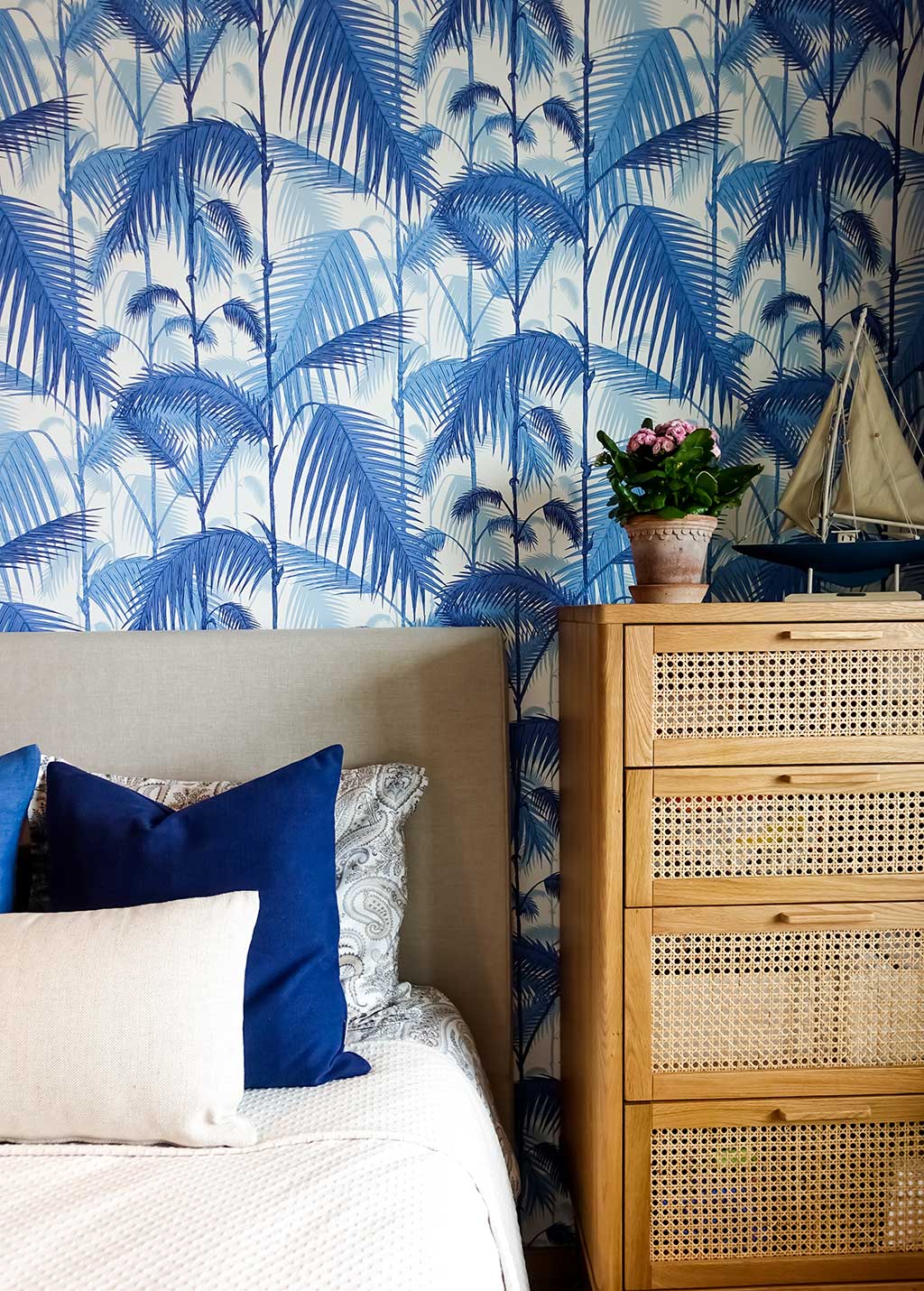 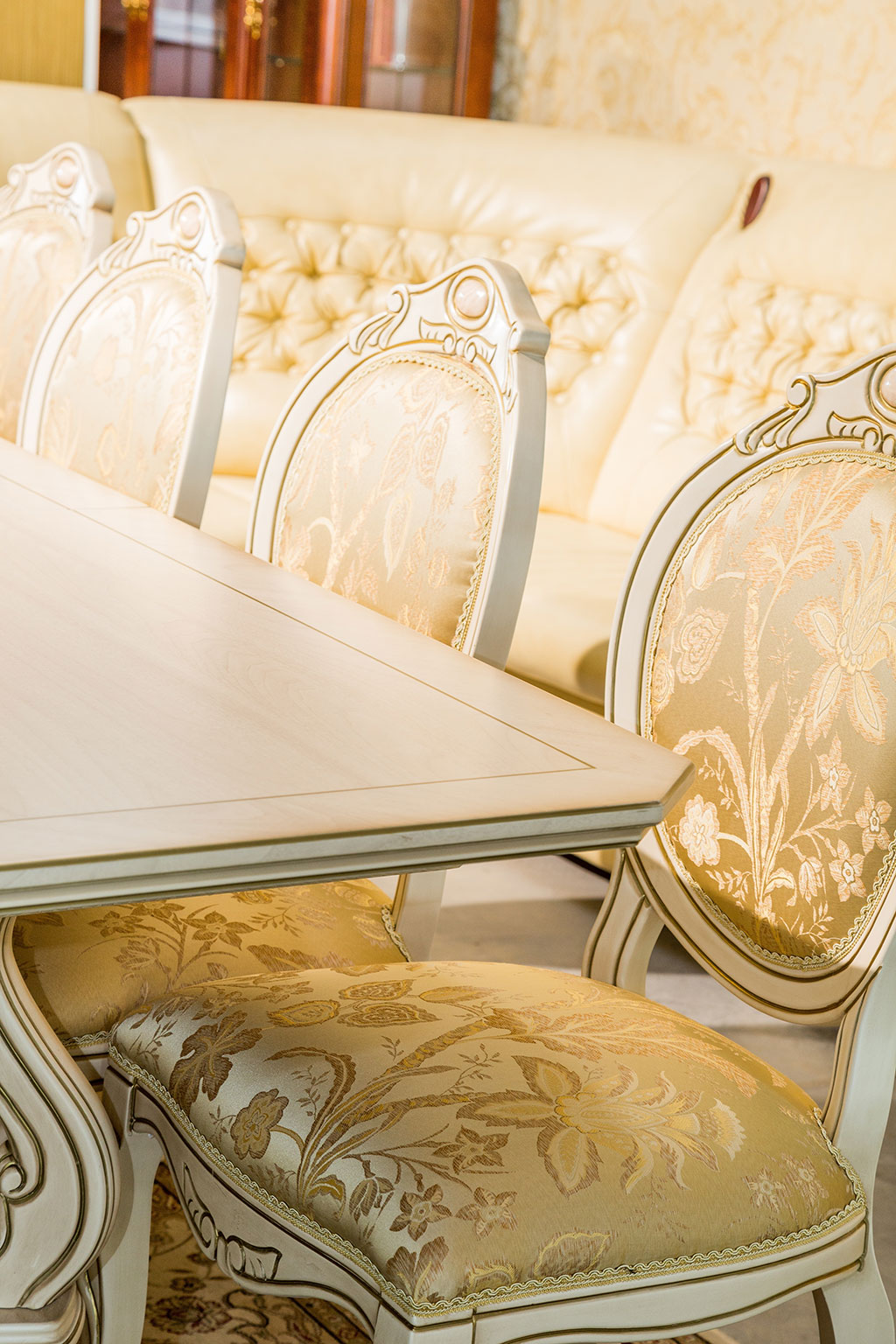 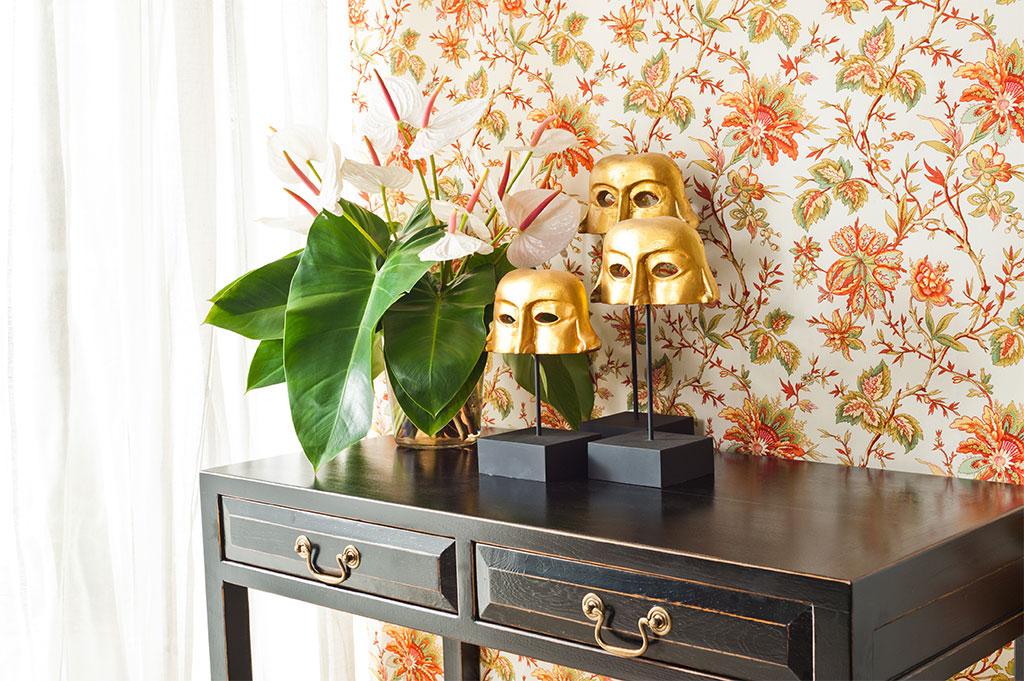 These patterns were adapted for textile, wallpaper, and even paintings. Images via Nicholas Ahonen, and Billion Photos, and 3523studio.

During this time, chinoiserie patterns and motifs also popped up in fine art, appearing in paintings by artists including Antoine Watteau and Francois Boucher. Jean Pillement, a French engraver who moved to London in 1750, published two highly influential books on chinoiserie that featured designs later adapted as textiles, wallpaper, and more.

Though chinoiserie items became easier to find and produce by the 19th century, they began to fall out of fashion as they became associated with newly rich merchants, i.e. new money. 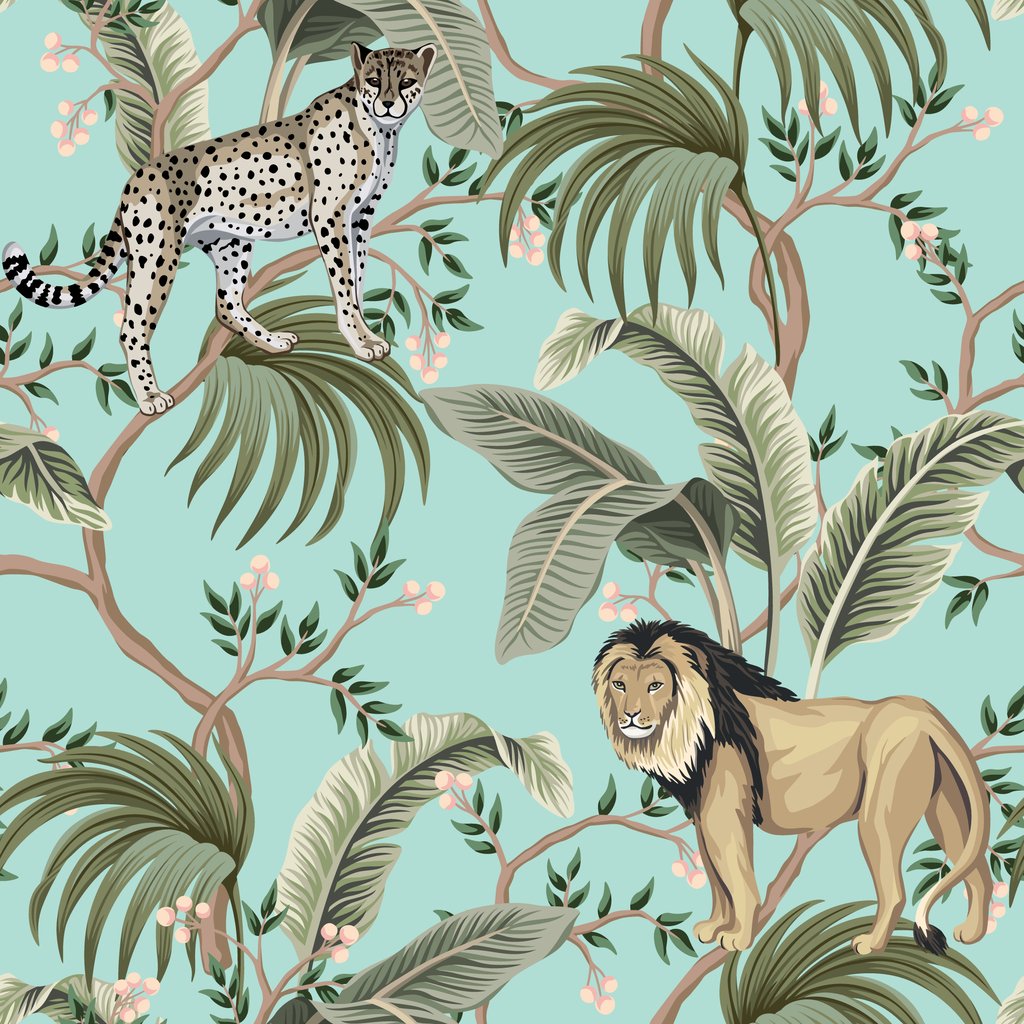 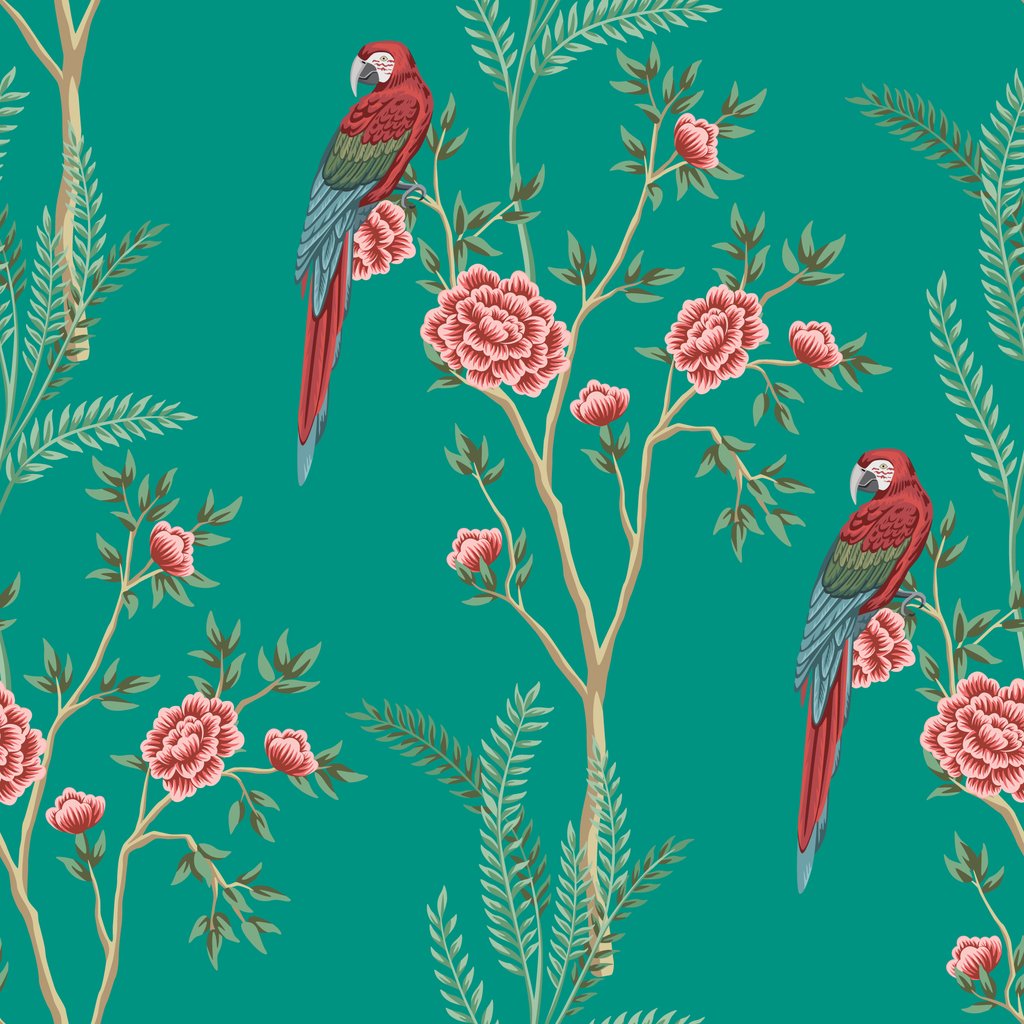 Chinoiserie embraced the exotic, as well. Images via good_mood and good_mood.

In 1839, the First Opium War between Britain and China caused a severe decline in demand for Eastern imports and their European imitations. After the war ended, chinoiserie continued to be associated with the past and lost some of its ubiquity in well-appointed European homes.

Trends always come back, though, and chinoiserie came roaring back in the 1930s during the Art Deco period. 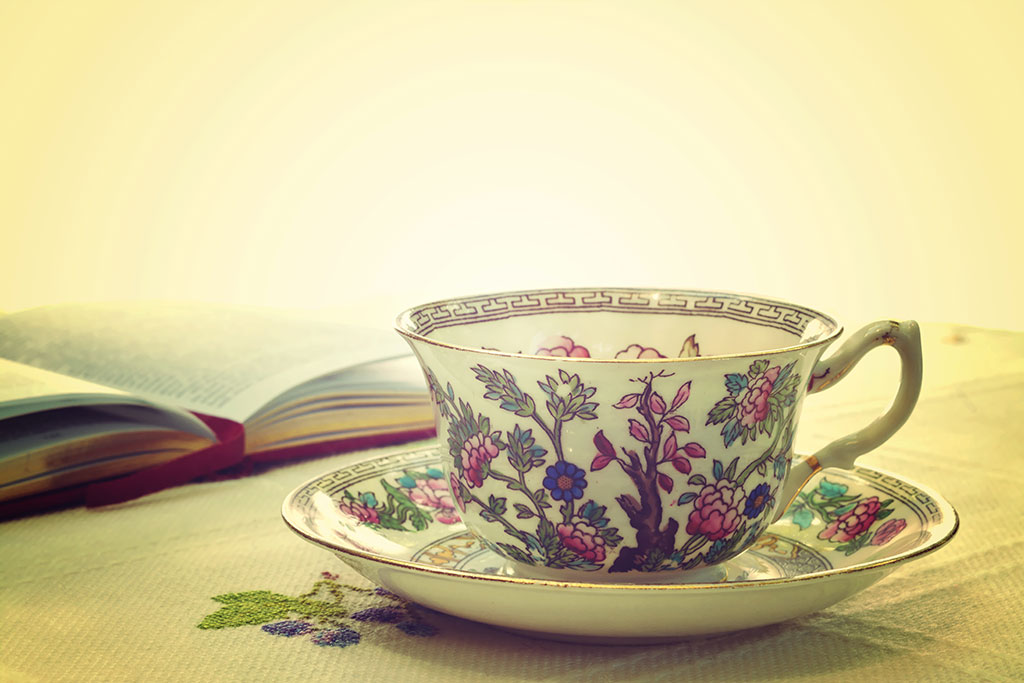 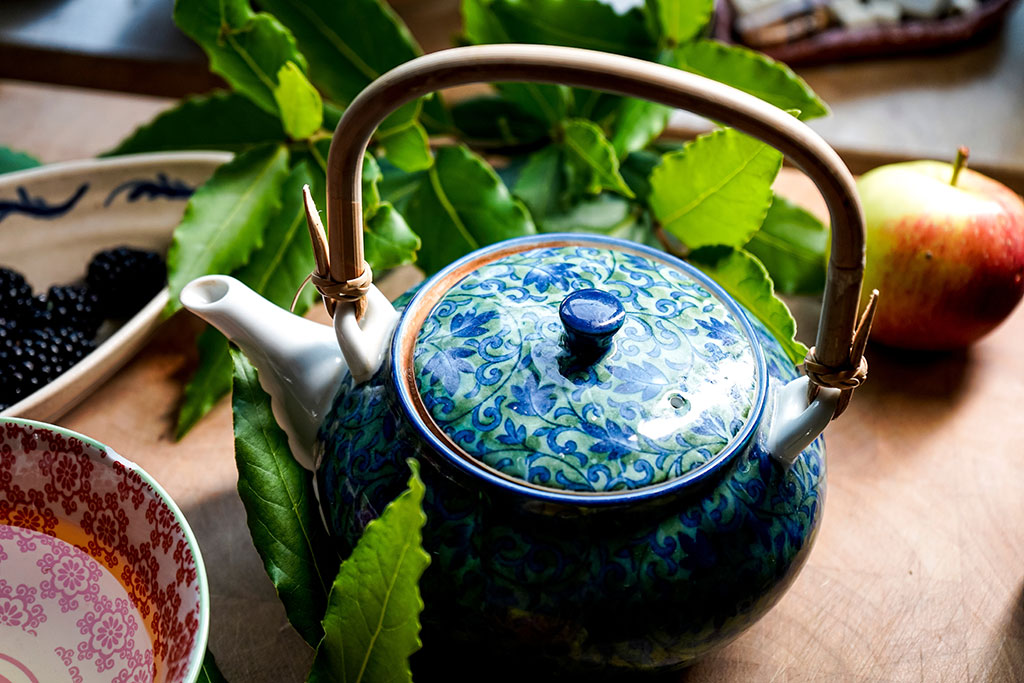 Once relegated to wallpaper, chinoiserie elements began to find themselves on other items. Images via Scapigliata and Johannes Ziegler Photo.

Outside the realm of interiors, fashion designers began to incorporate chinoiserie elements into clothing, using floral prints that were once relegated to wallpaper, as well as silhouettes inspired by traditional Asian attire.

French design house Callot Soeurs, for example, produced a green silk evening dress covered in red and pink flowers that is now part of the Metropolitan Museum of Art’s collection.

Chinoiserie lives on in the 21st century, but not without its critics, who rightfully point out how much of it is based on an outdated idea of what constitutes Chinese art and design—and who actually creates it. 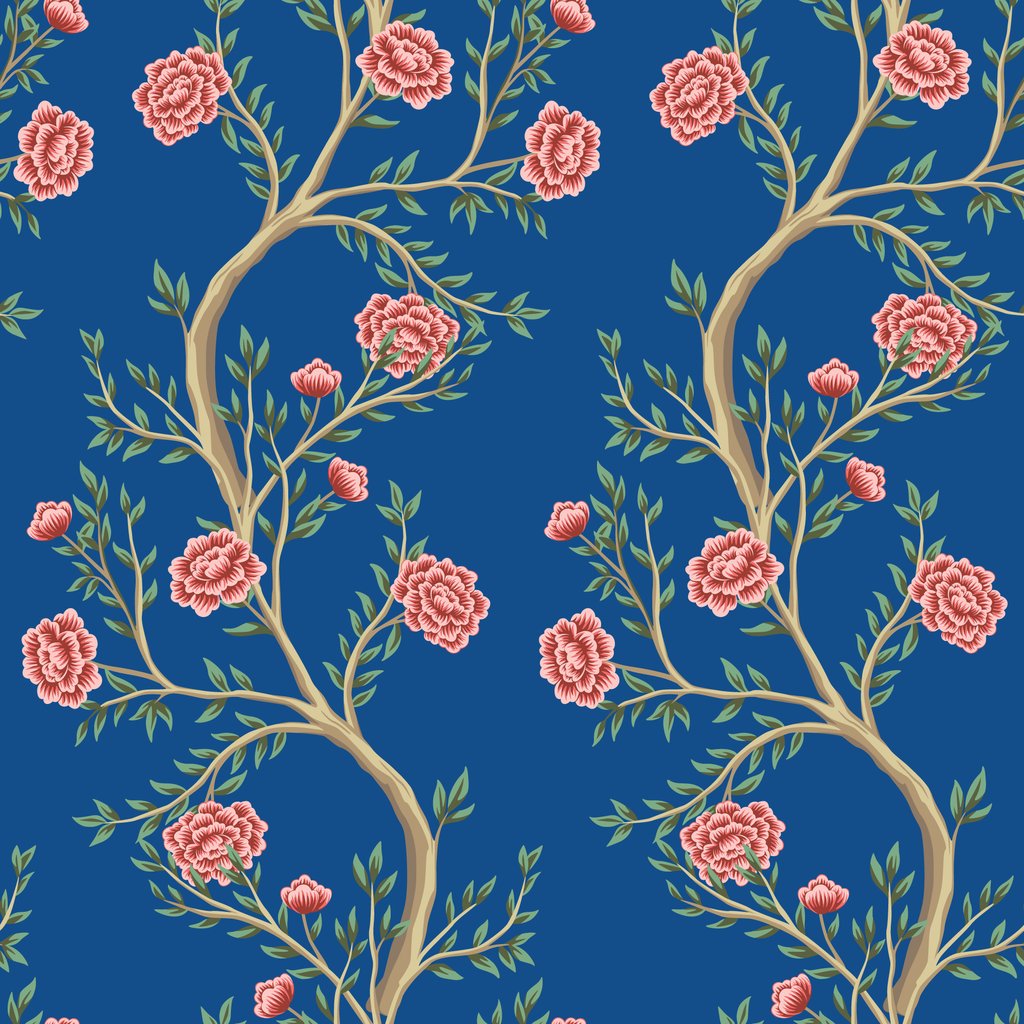 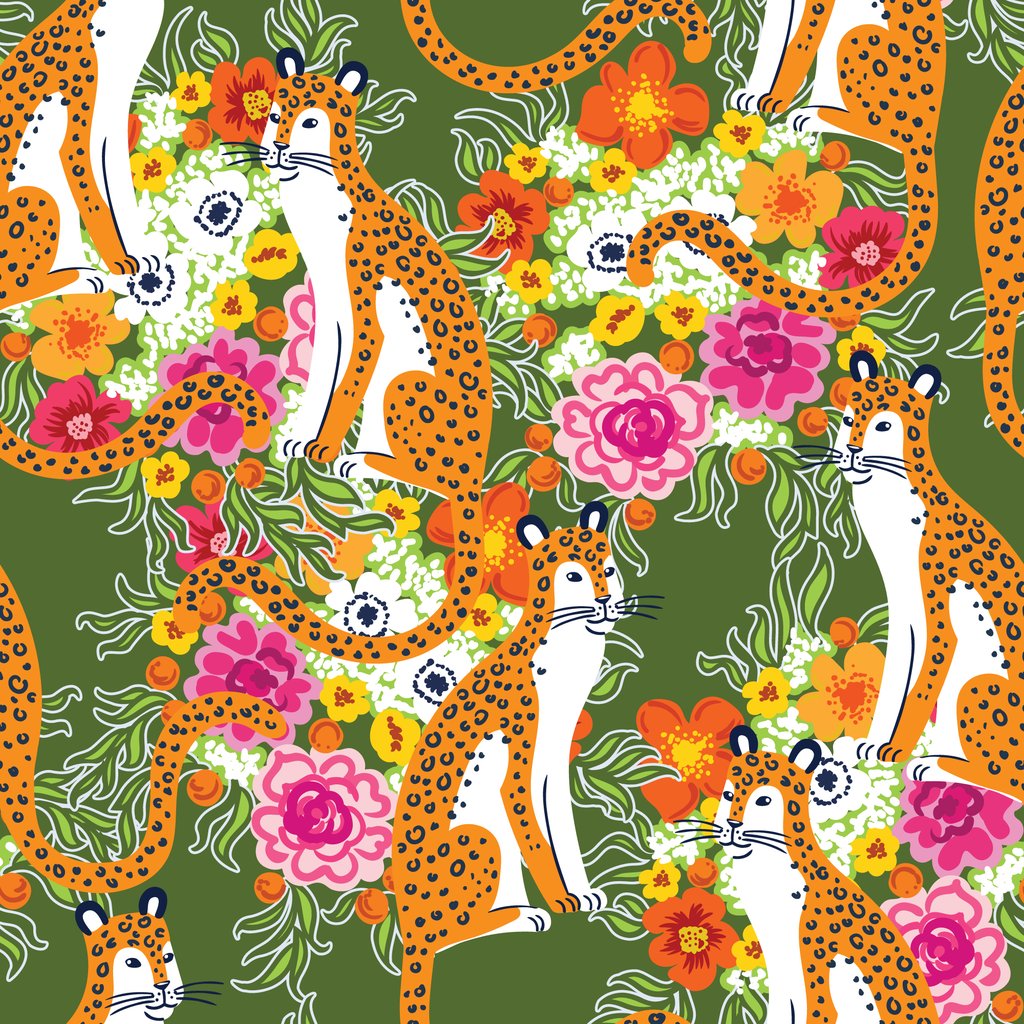 The Met’s 2015 exhibit “China: Through the Looking Glass” faced criticism for featuring too few pieces by Chinese designers while centering work inspired by 17th and 18th century chinoiserie, itself a facsimile of Chinese art.

Still, the popularity of chinoiserie persists, popping up in home design blogs as part of the “grandmillennial” aesthetic that prizes throwback pieces you might find in your grandma’s house—chintz-covered sofas, dark wood furniture, and chinoiserie-printed wallpaper. 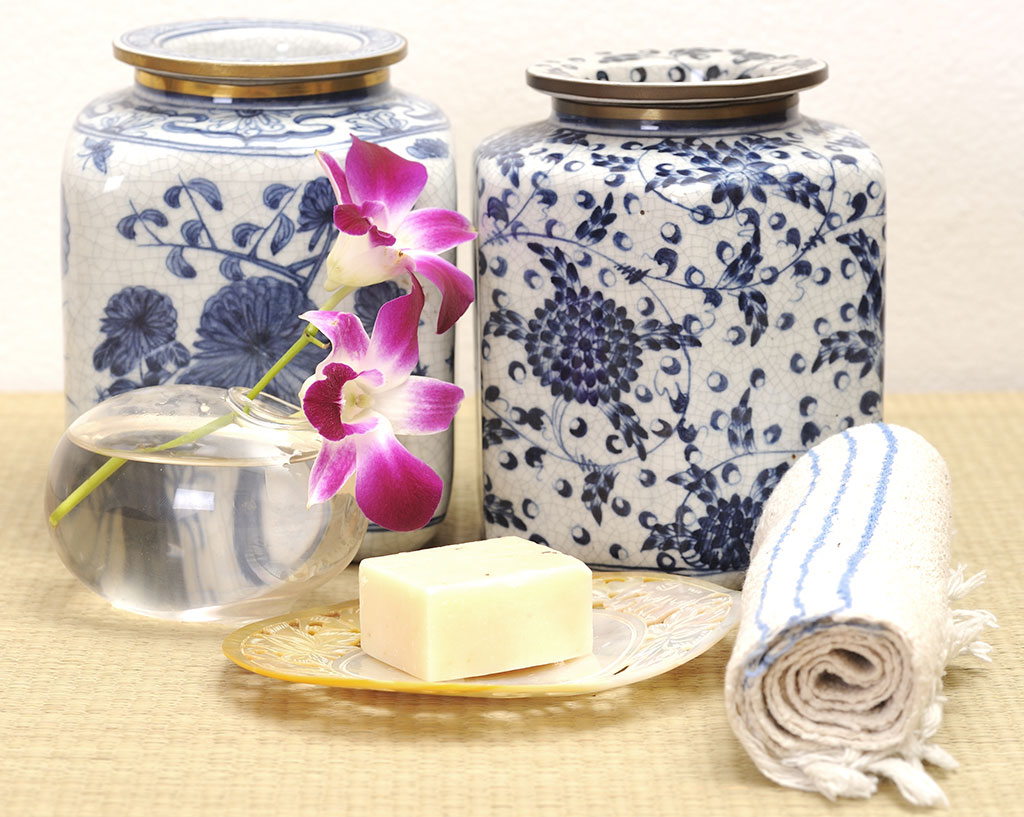 Fashion designers still love it too, with Gucci’s Alessandro Michele putting his own spin on chinoiserie as recently as 2017, with his pre-fall collection of vibrant blue separates printed with a botanical garden’s worth of scrolling flowers.

Chinoiserie may again experience a decline, but for now it remains an important chapter in design history.

Let’s stay on the fashion train with these beauties:

A Brief History of Fashion Week Street StyleEverything a Design Expert Needs to Know About the History of ToileThe History of Camouflage in Warfare and FashionCottagecore and Taylor Swift: Folklore’s New LookThe Influence of Folklore on Fashion

The post A Look Back at the Complicated History of Chinoiserie appeared first on The Shutterstock Blog. 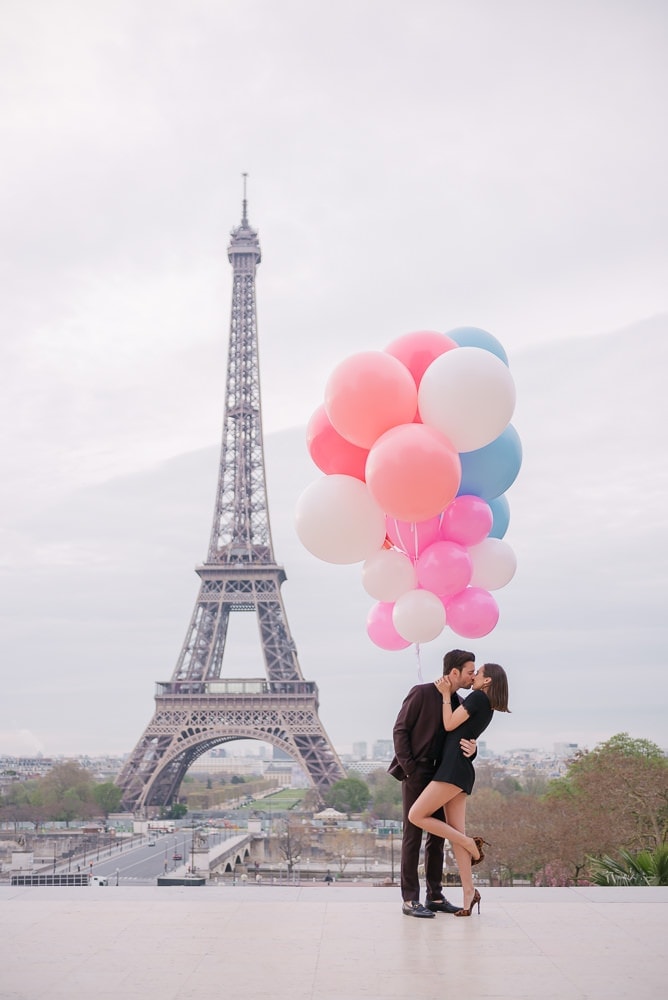 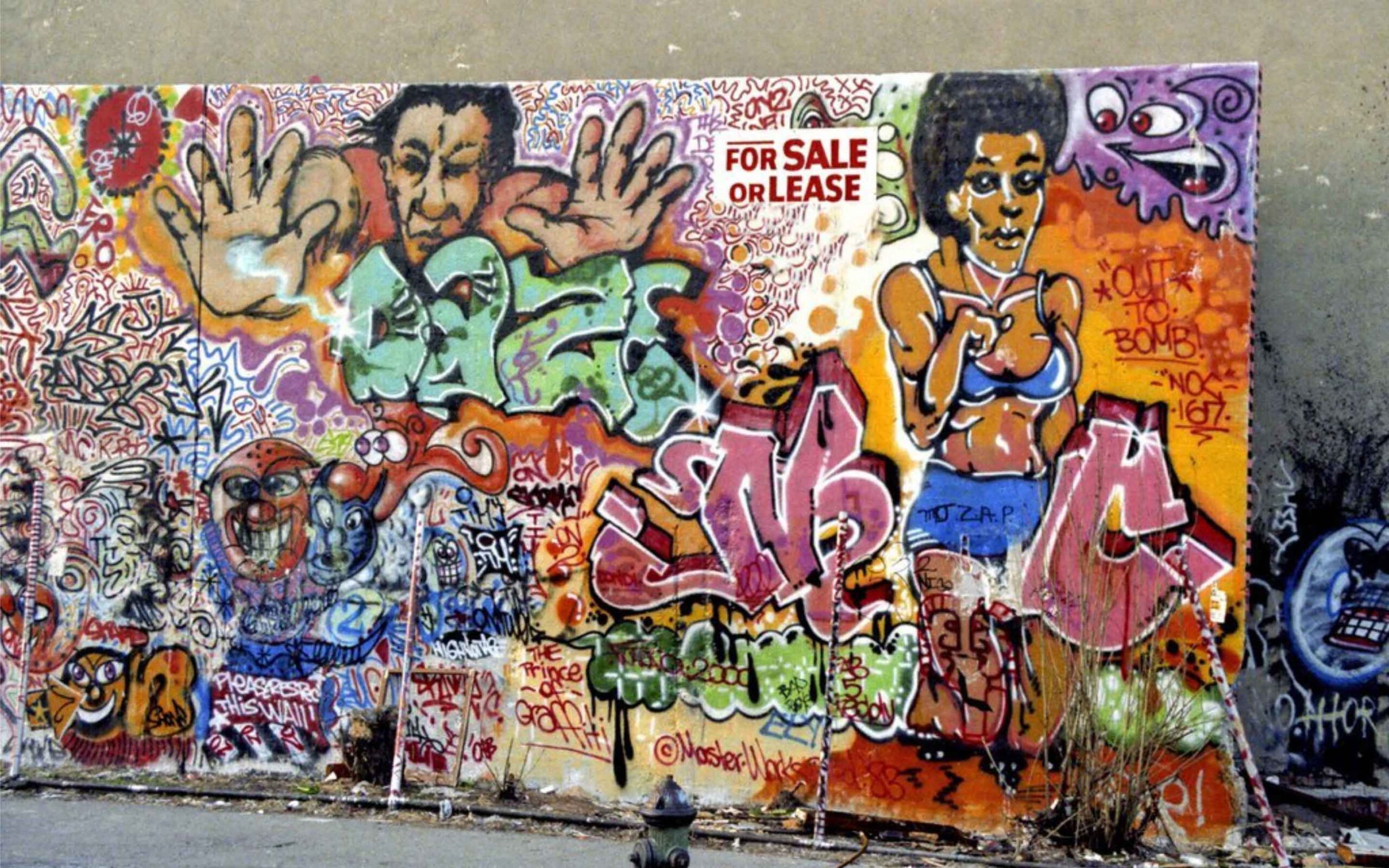