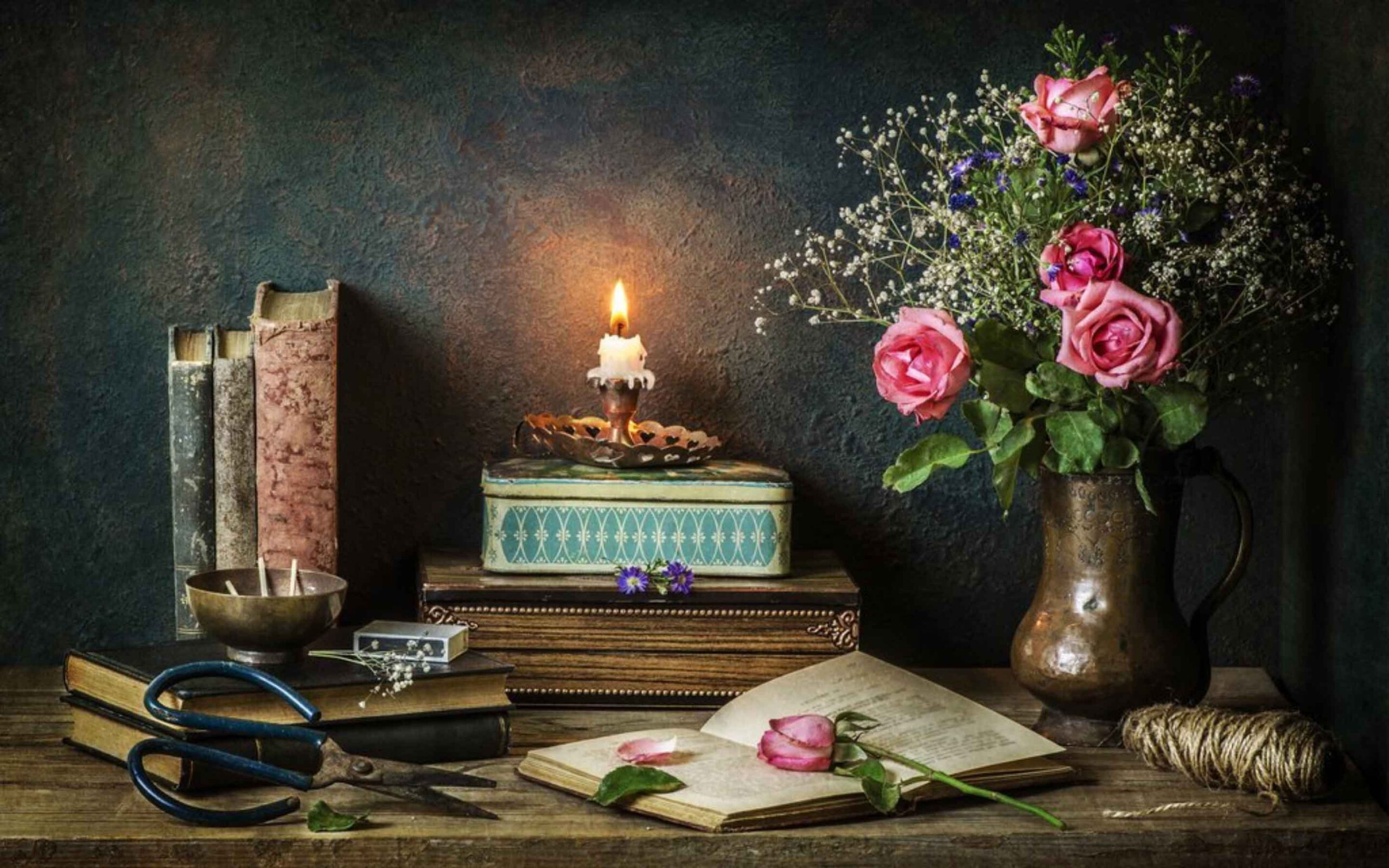 At face value, still life artworks appear to be an arrangement of arbitrary, commonplace objects that don’t move. And, for centuries, critics agreed—reducing still life to an academic exercise in composition, color, and texture recognized only for its decorative qualities. However, the “lowly” genre offered more than just aesthetics.

We’ll discuss some of the most widely-used symbols of still life and the meanings behind each.

Fruit is perhaps the most widely used component of still life. Not only does it provide an abundance of color and texture, but it also provides an abundance of meanings, ranging from religious to mythical.

In Christianity, apples represent the forbidden fruit, signifying temptation and knowledge in reference to the Old Testament’s account of Eve eating an apple in the Garden of Eden.

Seed-filled pomegranates symbolize abundance, fertility, and desire, as well as resurrection and immortality—inspired by the mythological story of Persephone and Hades.

Wine and grapes serve as a nod to Christian values and a reminder of the wine Jesus offered his apostles at the Last Supper. It could also symbolize earthly pleasures through the God of Wine, Bacchus. 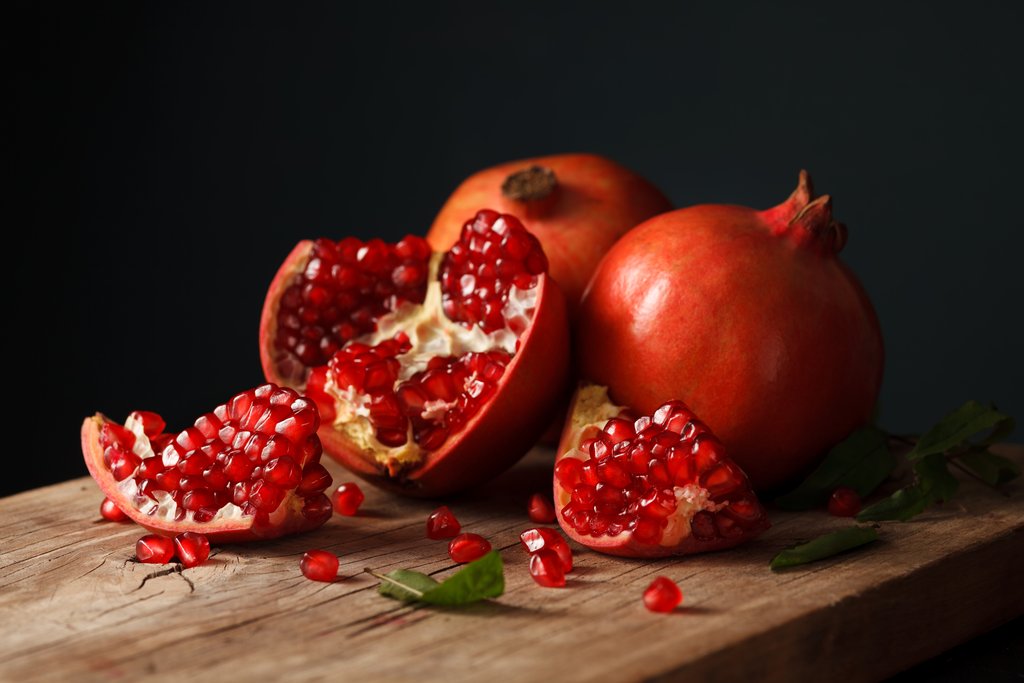 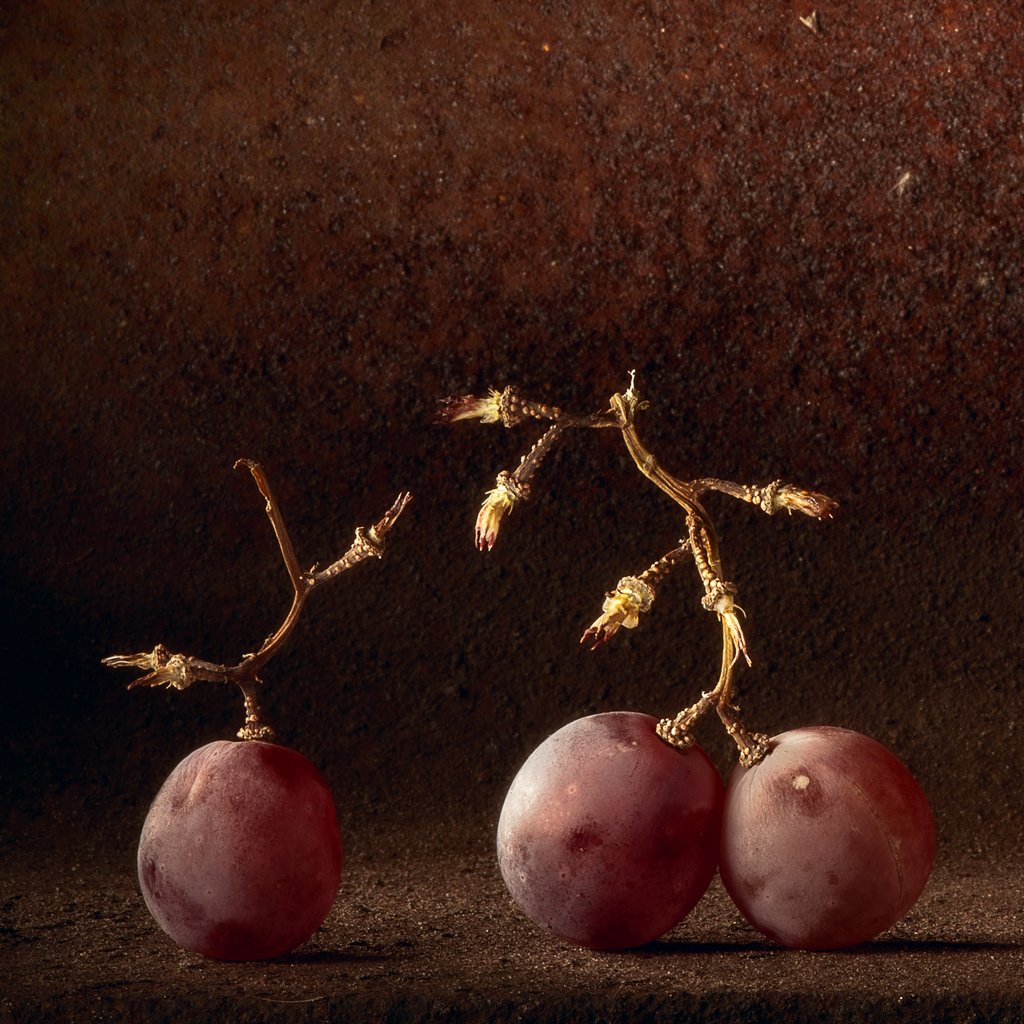 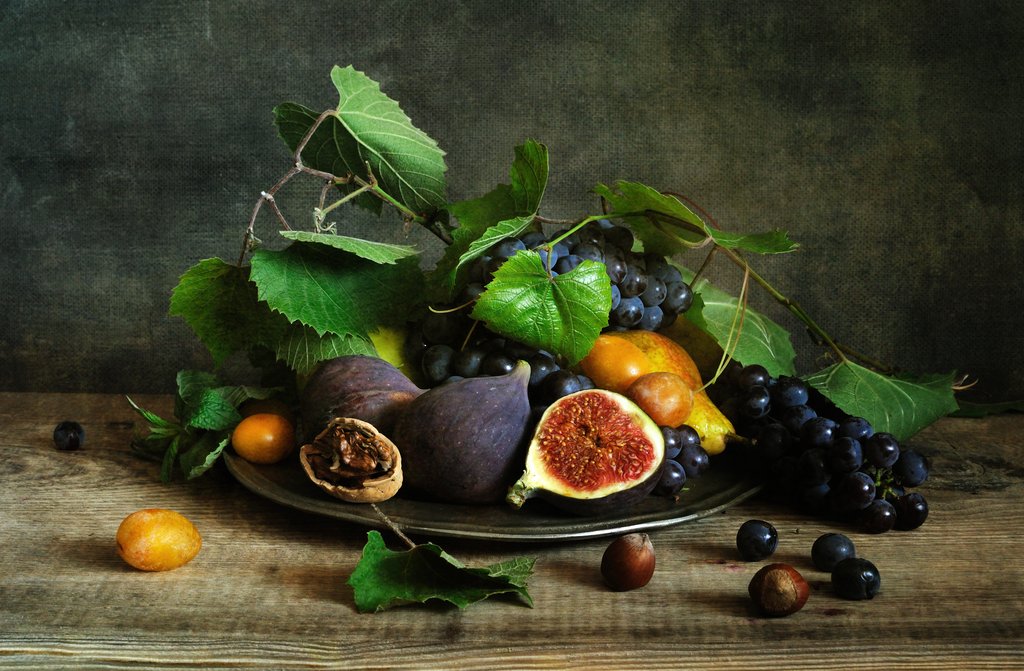 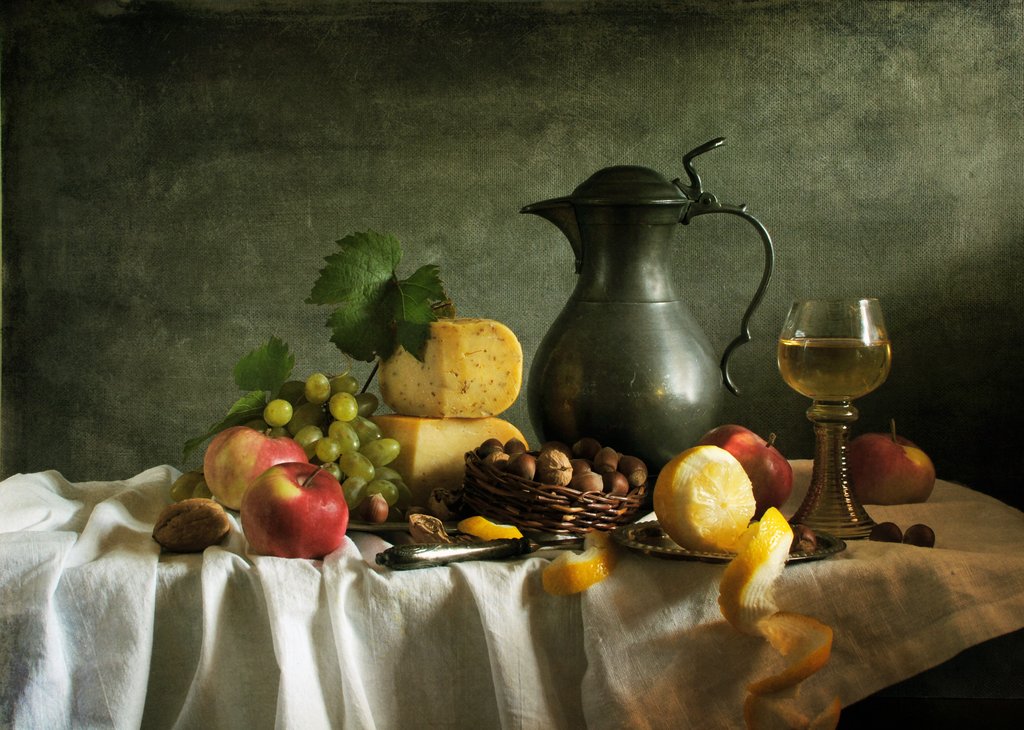 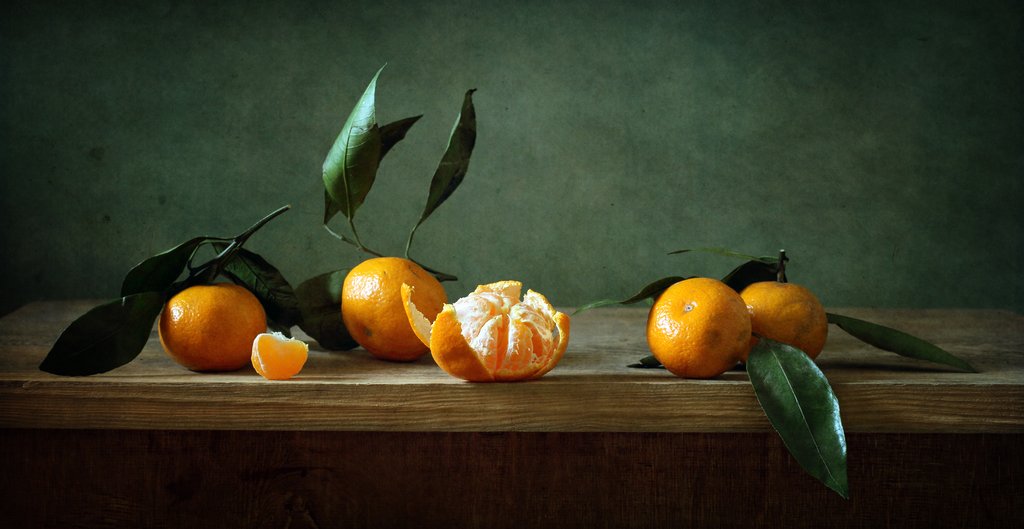 Fruit serves as a representation of the transient nature of our existence. Images via rukxstockphoto, Dirk Ercken and Irina Mosina

As wealth increased among certain demographics in 17th century Holland, luxury goods were often juxtaposed with the presence of a skull or an hourglass to remind the viewer of the transience of life and the futility of materialism. Death is inevitable, and such items will be of little use in the afterlife. These symbols are referred to as Memento Mori—a Latin phrase meaning: “Remember that you will die.”

Paul Cezanne began incorporating skulls into his paintings towards the end of his life, perhaps as he reflected on his own mortality. His most famous piece, Still Life With Skull, was painted in post-impressionist style in 1898. The juxtaposition of the skull—representing death—and an assortment of vibrant fruit is a particularly haunting reminder. 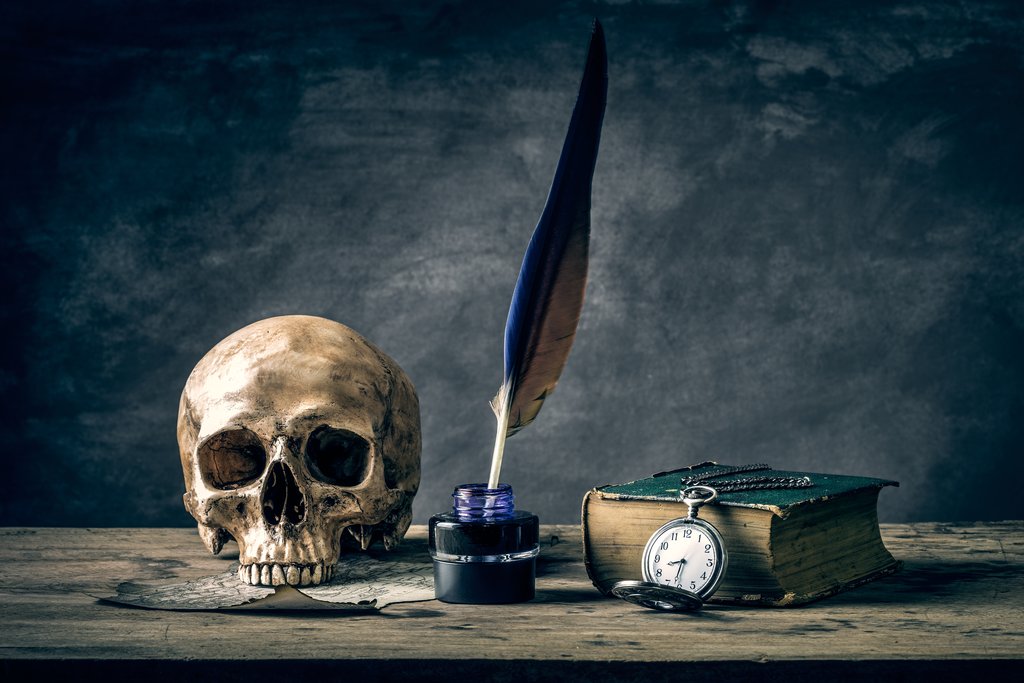 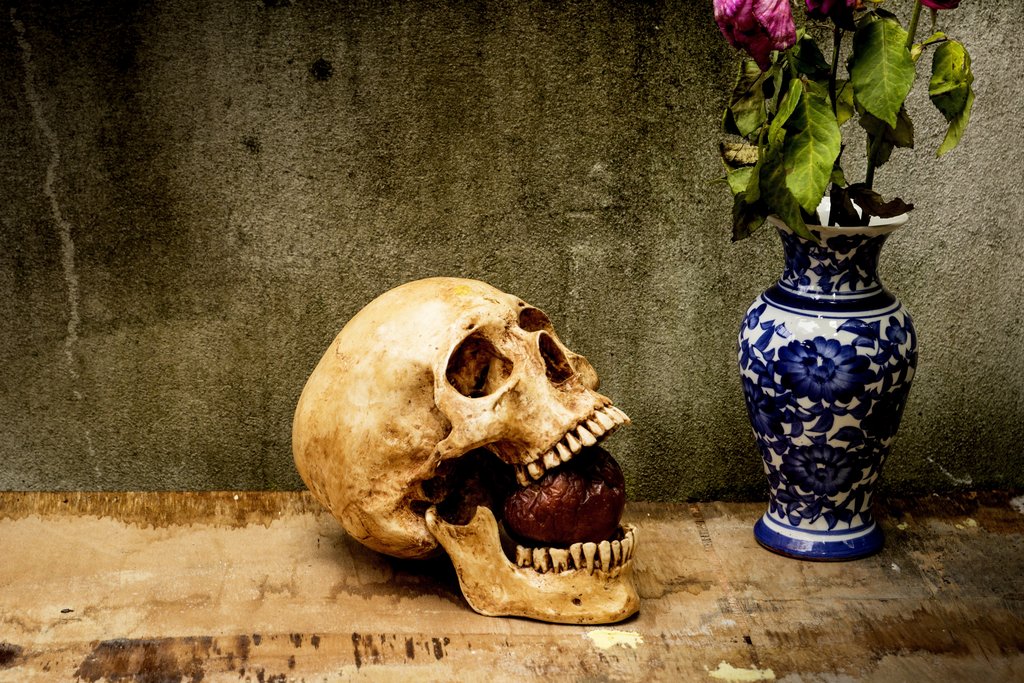 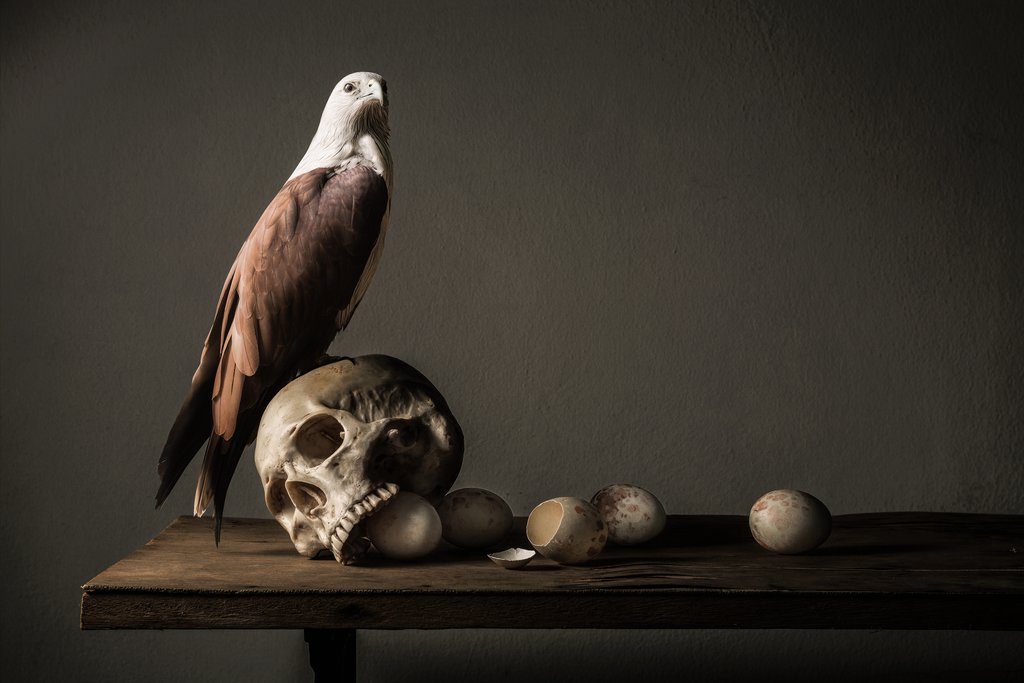 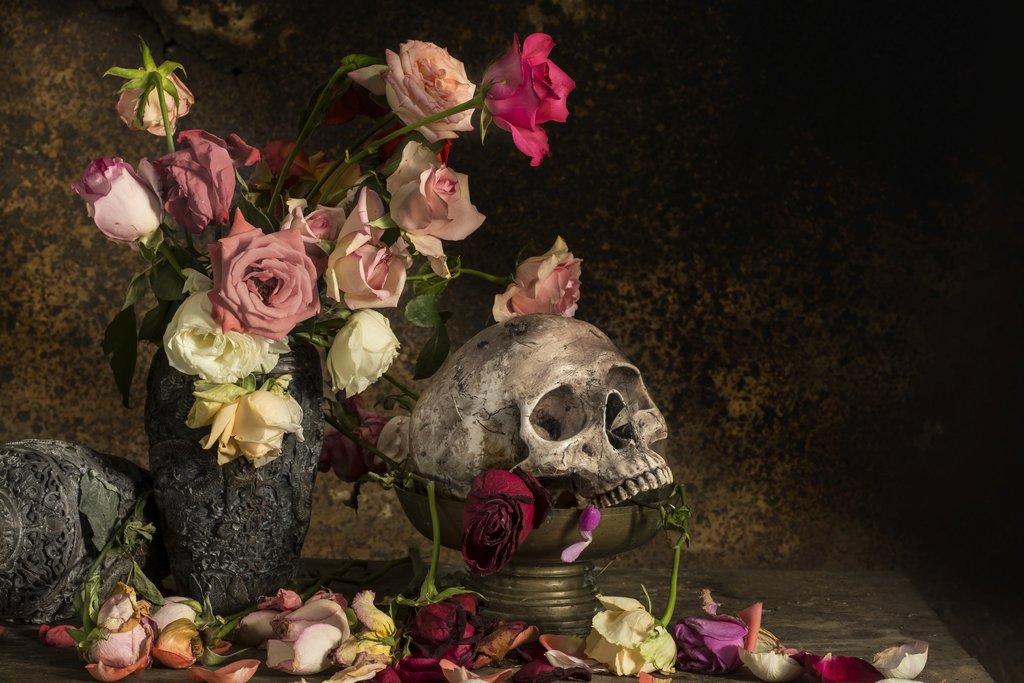 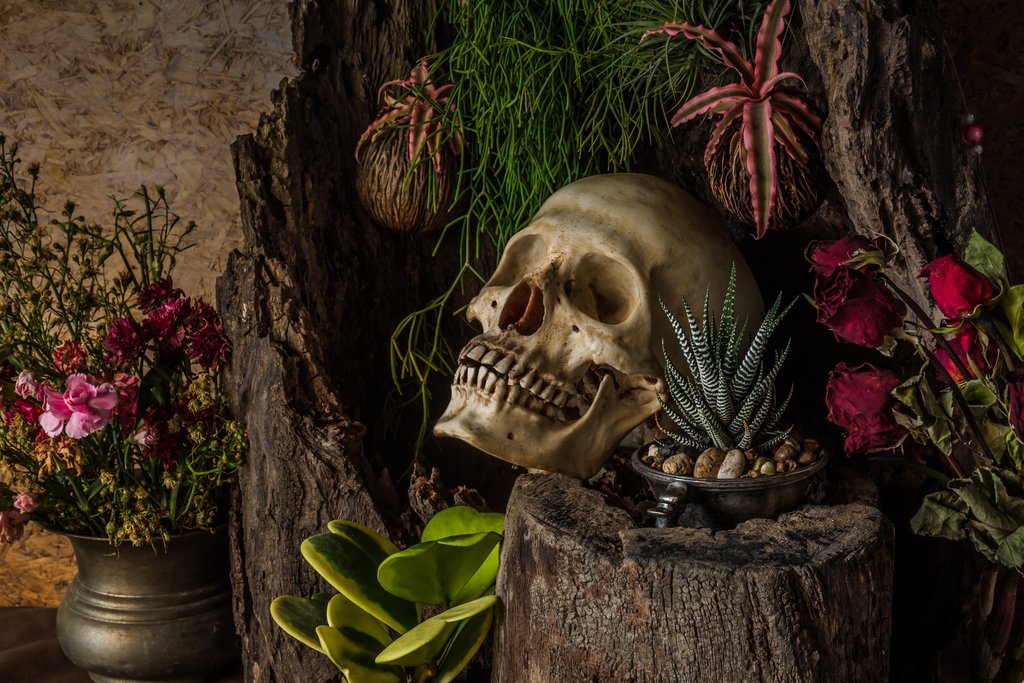 The depiction of a skull in still life is an unsettling reminder of death. Image via Baimieng, B toy Anucha, I am Kulz, kamnuan, and kawephoto.

Candles represent the inevitability of the passing of time. The longer a candle burns, the shorter a candle gets—until there’s nothing left.

A burning candle can represent life, faith in God, or the light of Christ. When extinguished, the complete opposite is implied—a representation of death, loss, the corruption of matter. Other light sources, such as an oil lamp, are also used in still life to convey the same ideas. 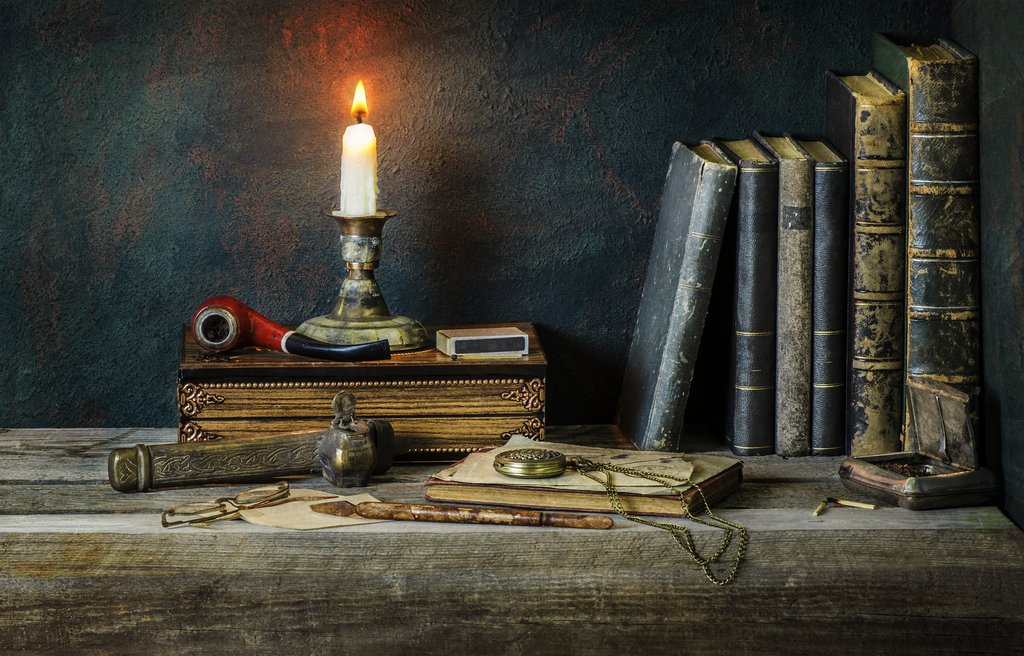 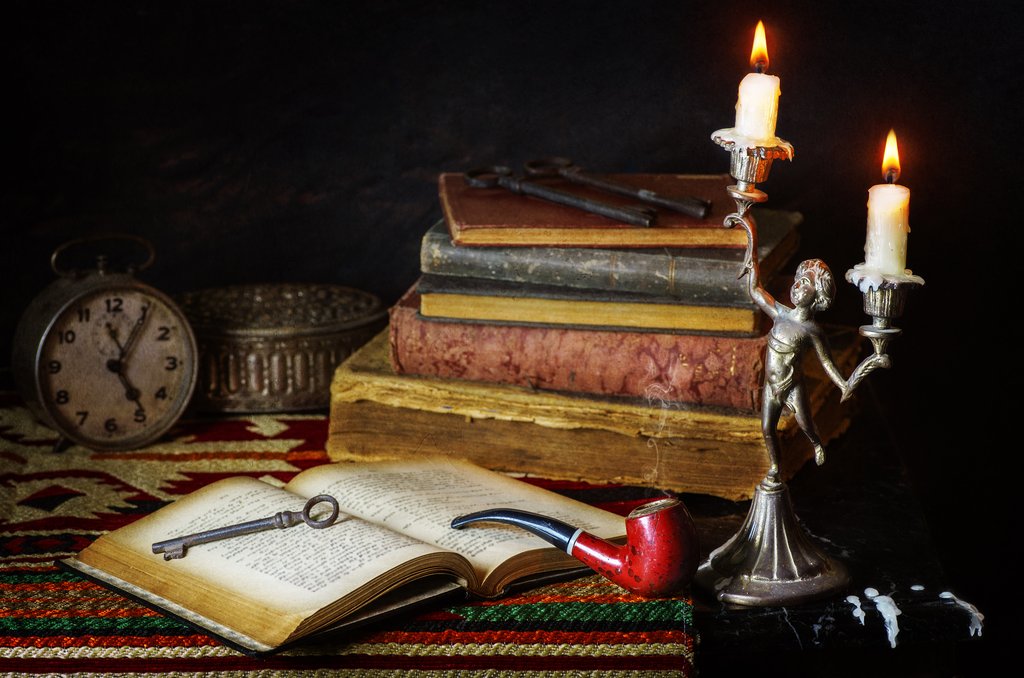 The symbolism behind the depiction of a candle takes on an entirely different meaning when snuffed. Image via Dina Saeed.

Flowers represent the cycle of life—they bud, bloom, and wilt. They serve as a reminder that, inevitably, we all do.

Certain flowers have more specific meanings. Roses represent love and passion, and in the context of Christianity, symbolize the bloodshed of Jesus Christ. White lilies, deeply associated with the virtue of the Virgin Mary, can represent purity. And sunflowers, according to Dutch literature, are a symbol of devotion and loyalty.

Rachel Ruysch specialized in still life flower paintings during the Dutch Golden Age and remained one of the most renowned painters of floral still life works. She gained international recognition for her impressively detailed still life paintings of flowers. 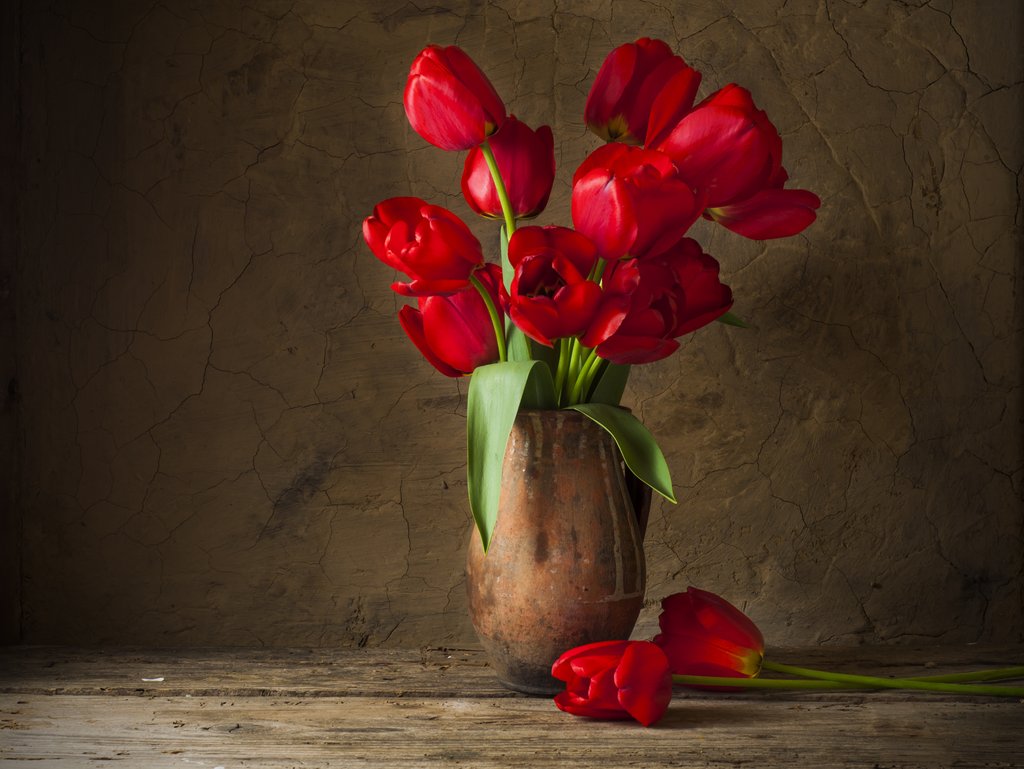 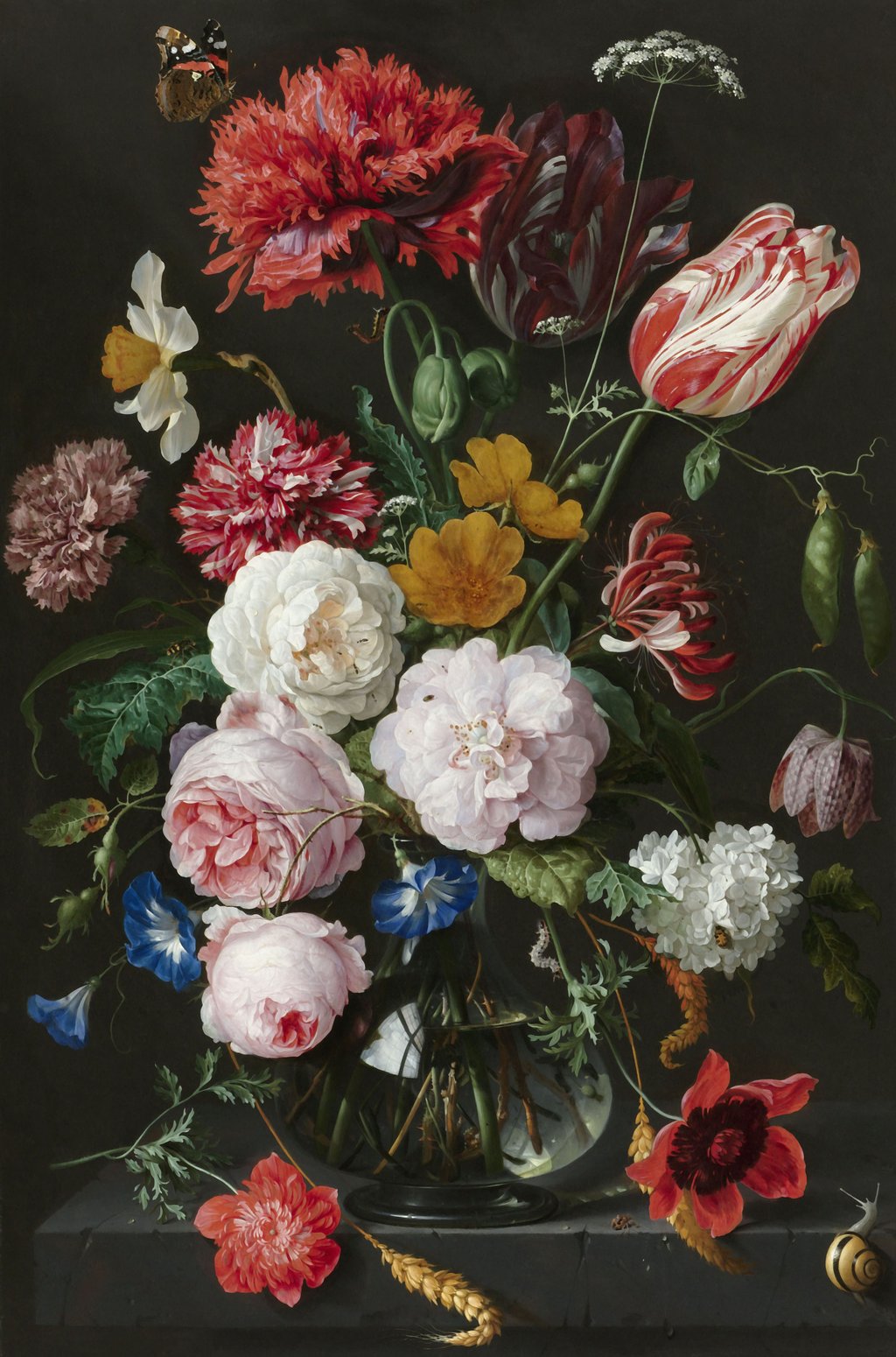 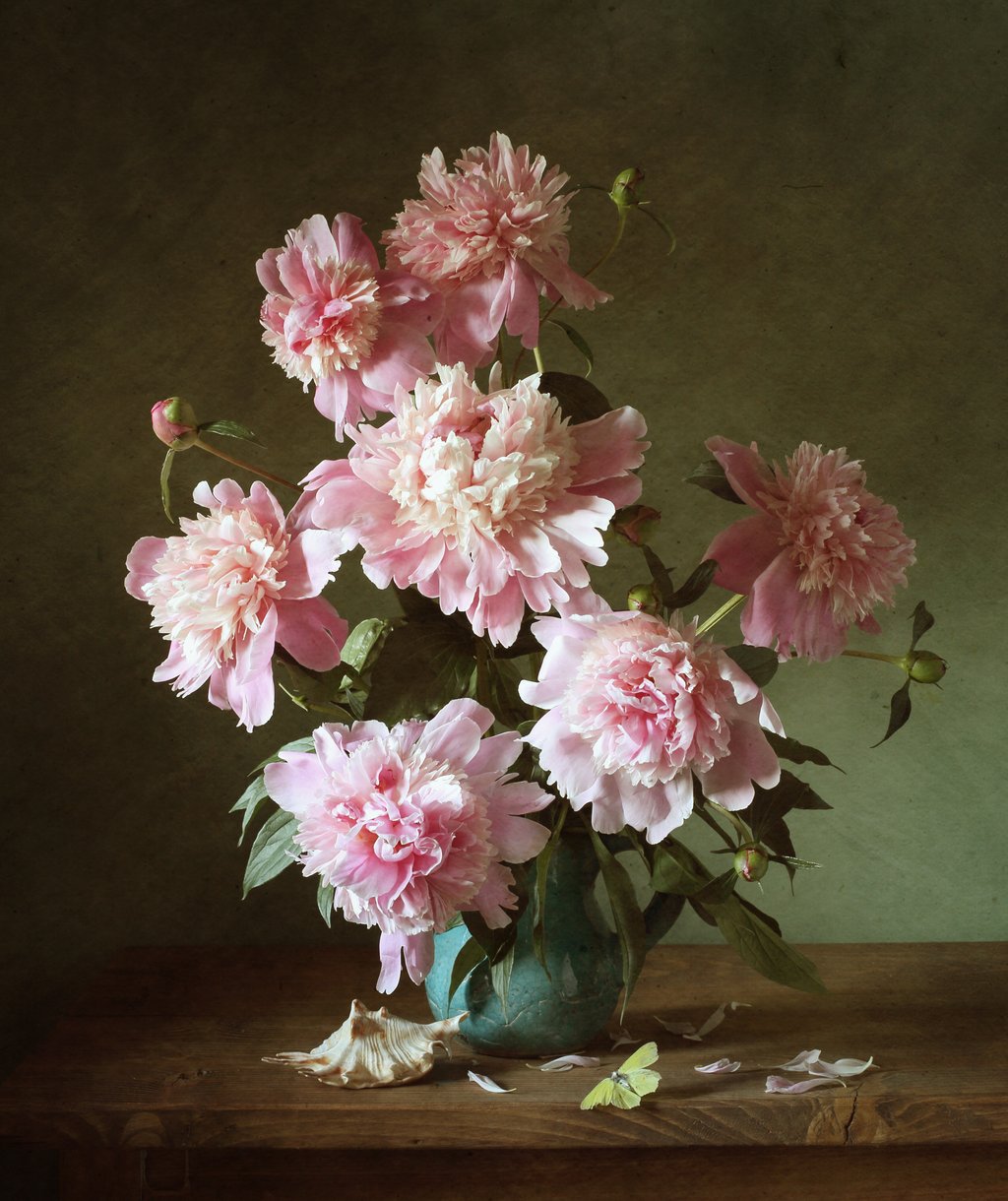 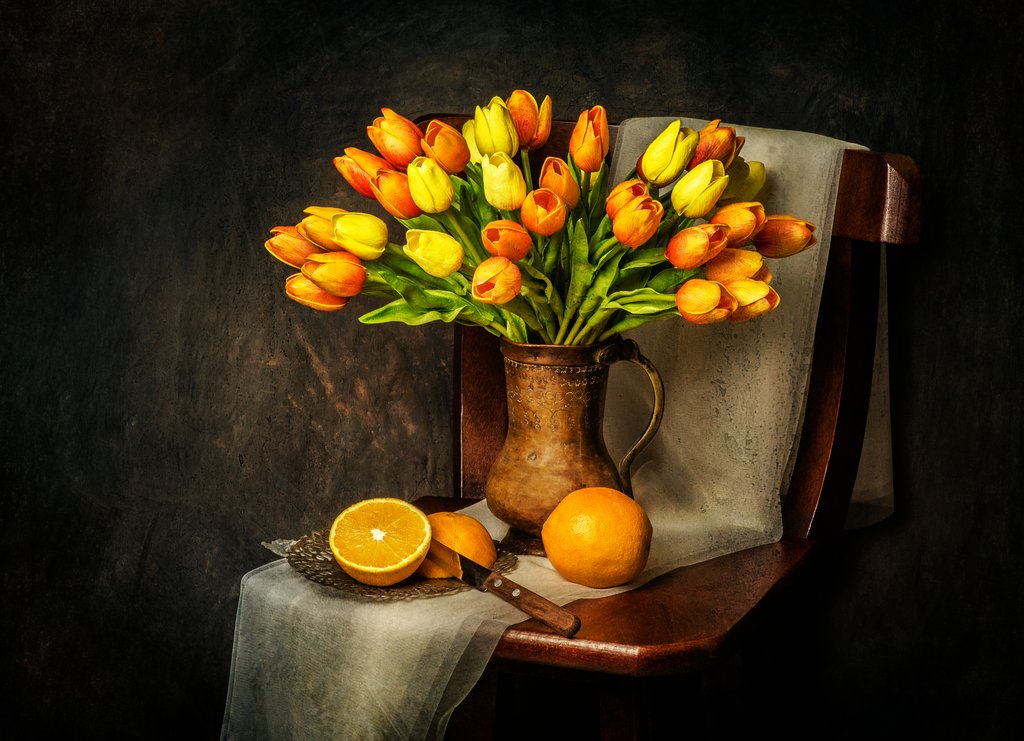 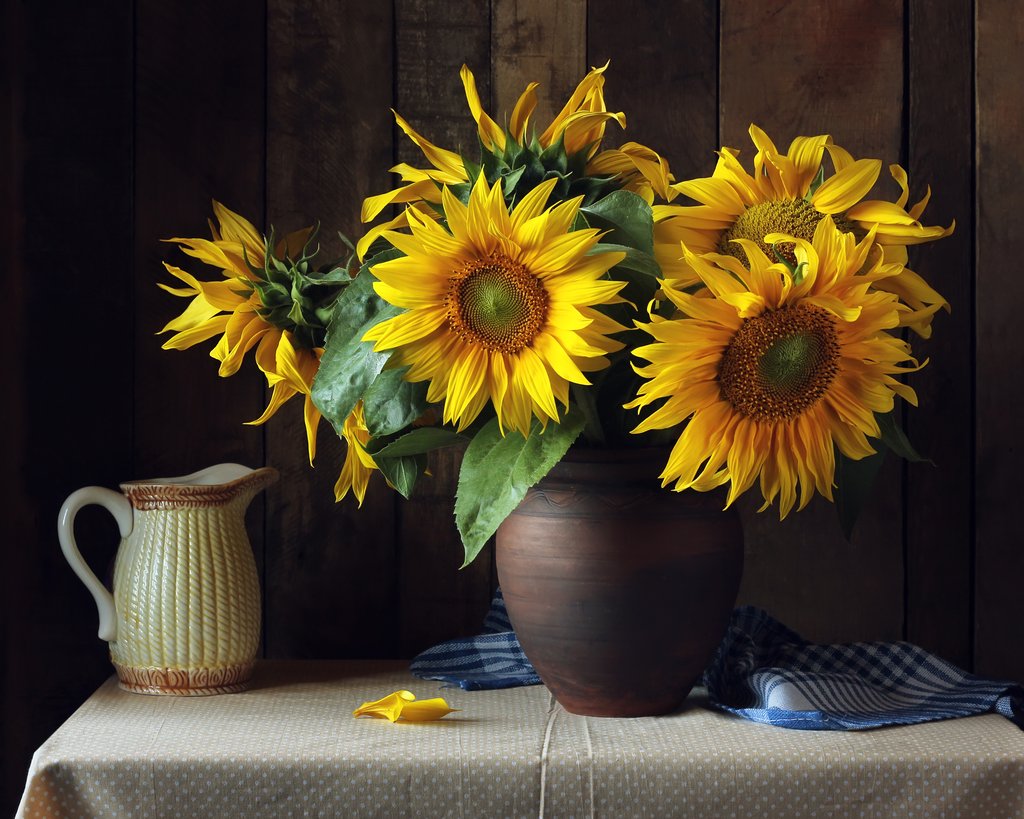 The depiction of seashells in still life is telling of the times. Extraordinary shells from distant lands were highly collectible in the 16th and 17th centuries, arriving in the Dutch Republic on trading ships from the Dutch East and West Indies. Oysters were especially popular in still life paintings of the Dutch Golden Age.

The symbolic significance of seashells, however, has several interpretations. Seashells have come to be associated with femininity and good fortune. Christianity tells us seashells represent baptism and rebirth. Pearls, produced by oysters, were also symbols of purity and perfection. 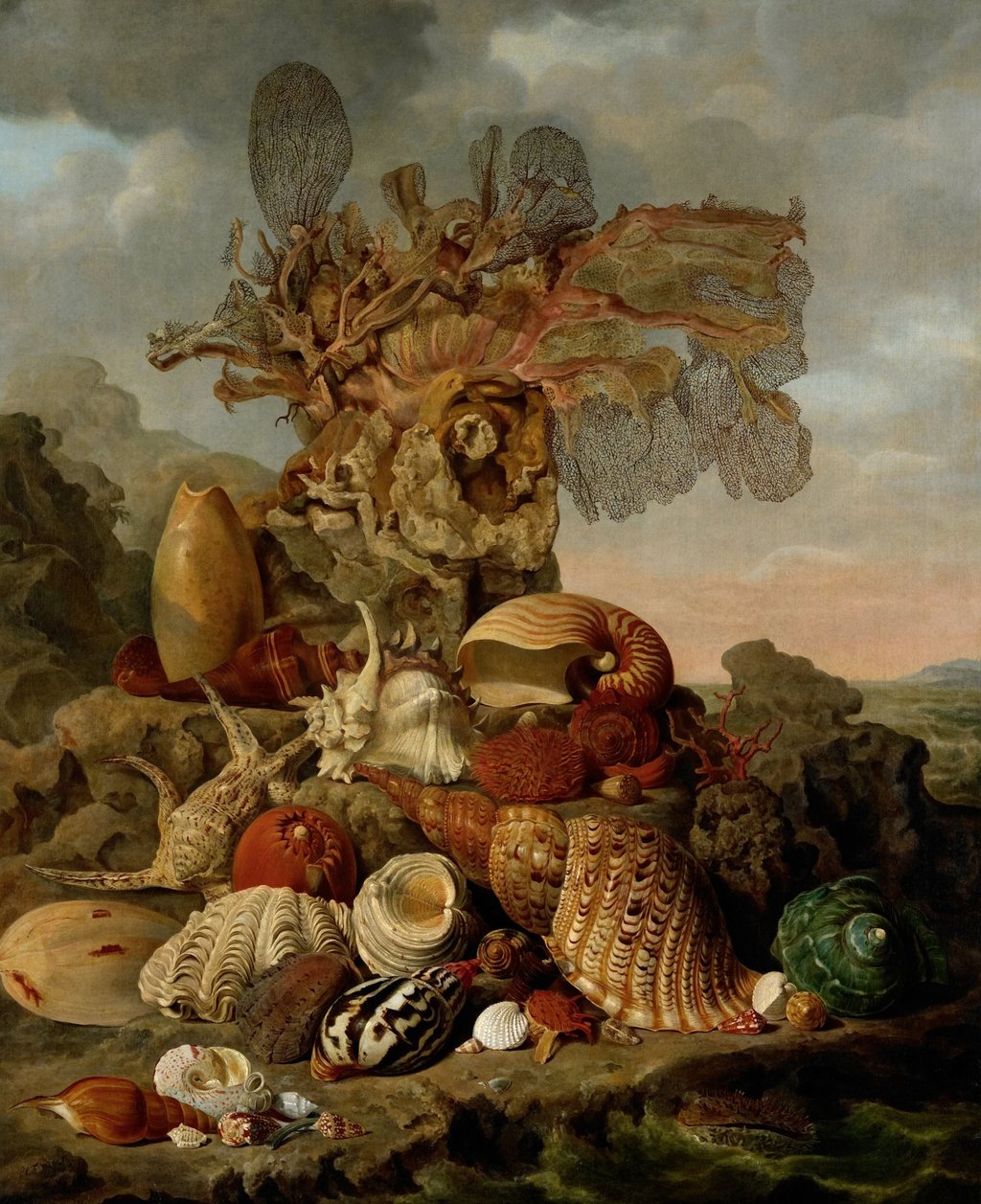 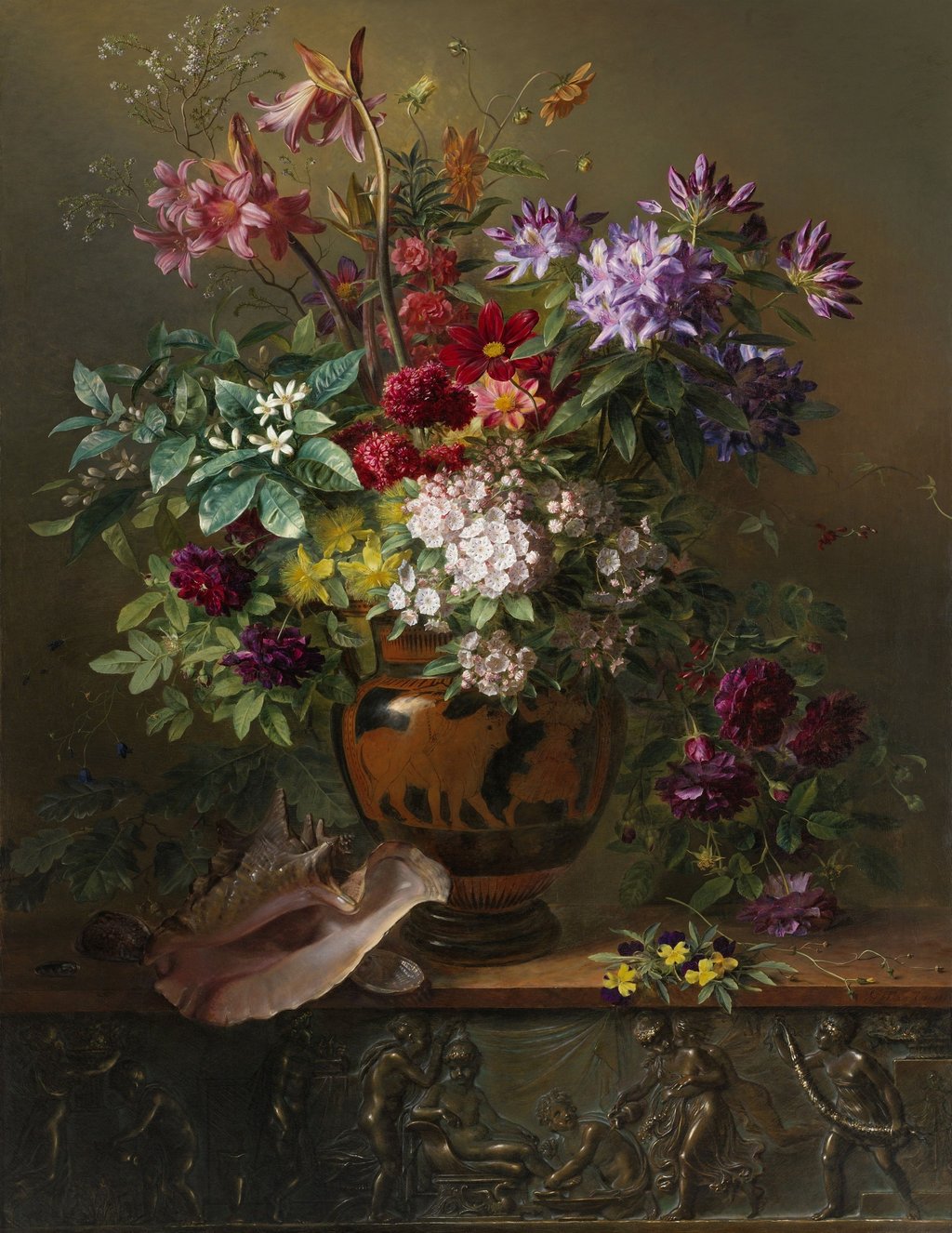 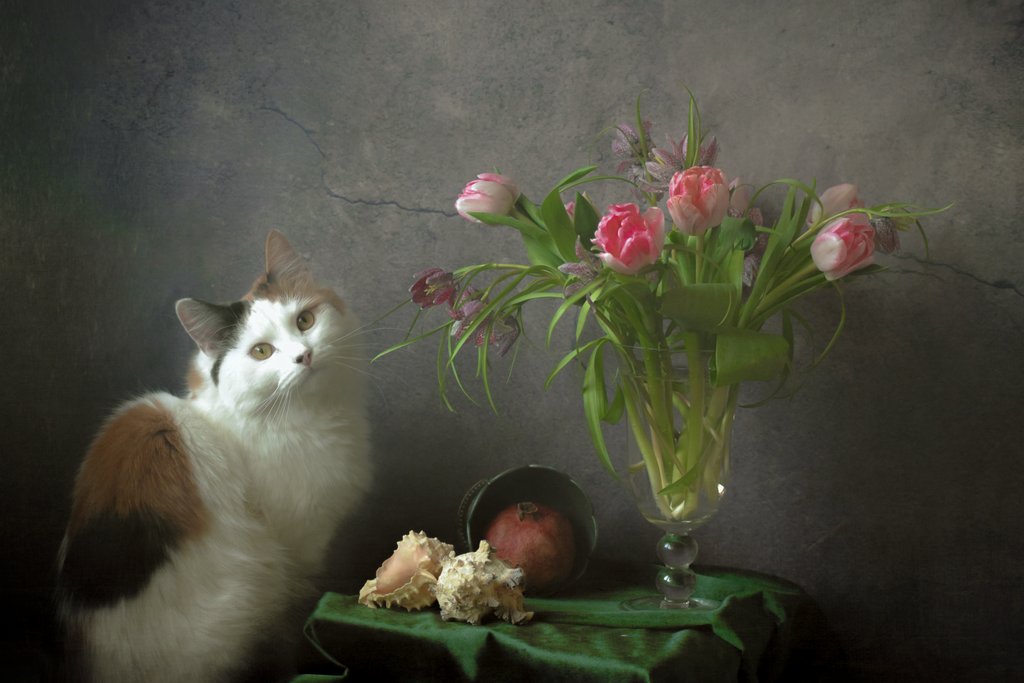 Shells are also traditionally used in art as symbols of birth and fertility. Image via Everett Collection and yuliyast.

Books now—and then—represent knowledge, and knowledge equals power. They also represent human curiosity. A piece by Vincent van Gogh featured a Bible alongside a copy of Émile Zola’s novel La joie de vivre to represent the world views of his Protestant father and his own. 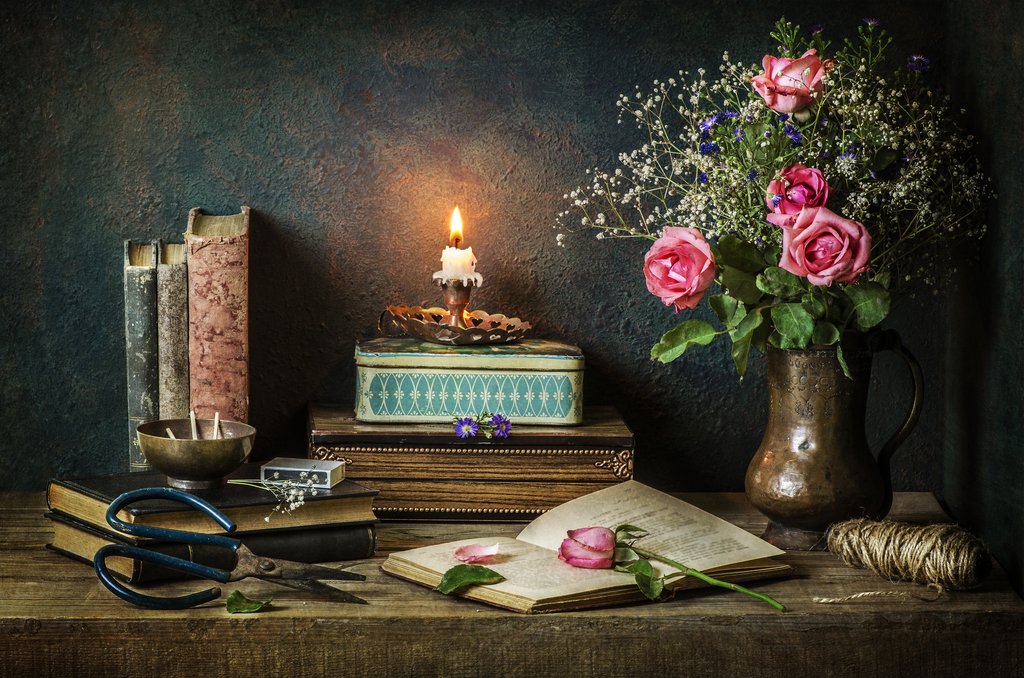 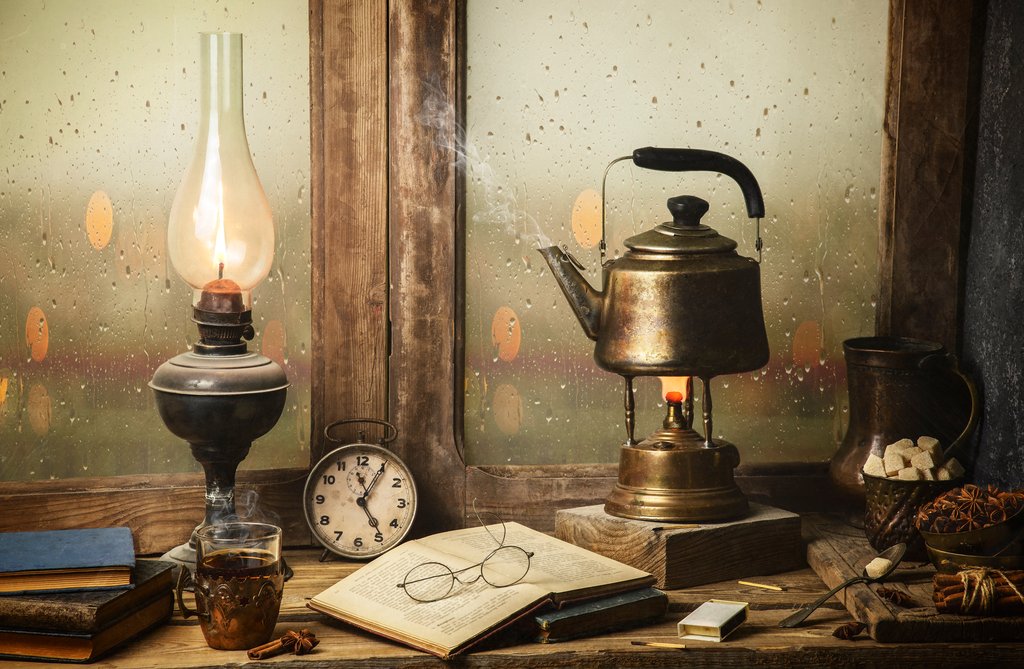 The symbolism behind books represented the transience of knowledge and the Christian faith. Image via Dina Saeed.

Birds—or a pair of birds—represent the resurrection of the soul after death. Exotic birds are a nod to the Dutch Kingdom’s colonial rule, informing the viewer of the vast colonial domains that the Dutch Republic owned. 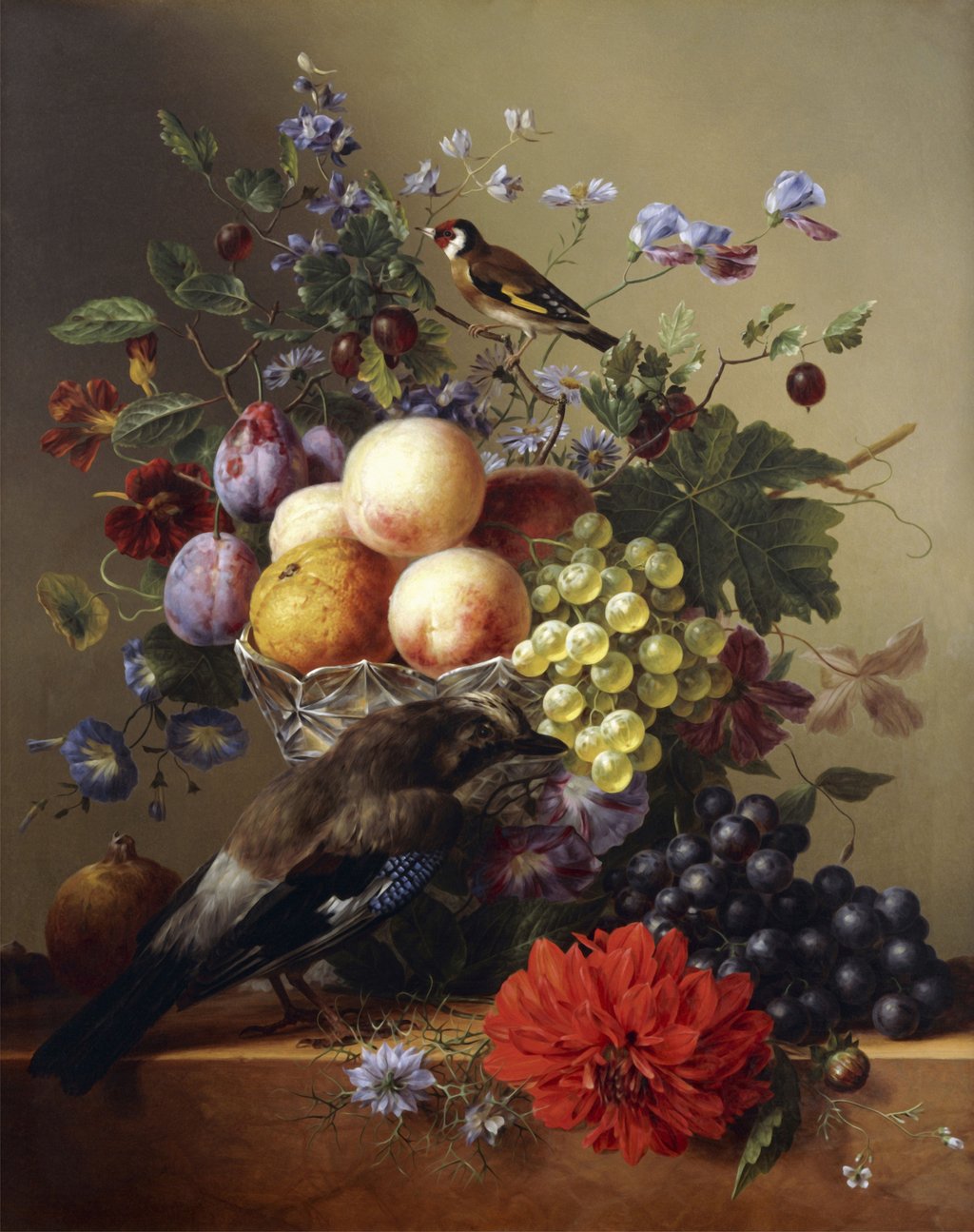 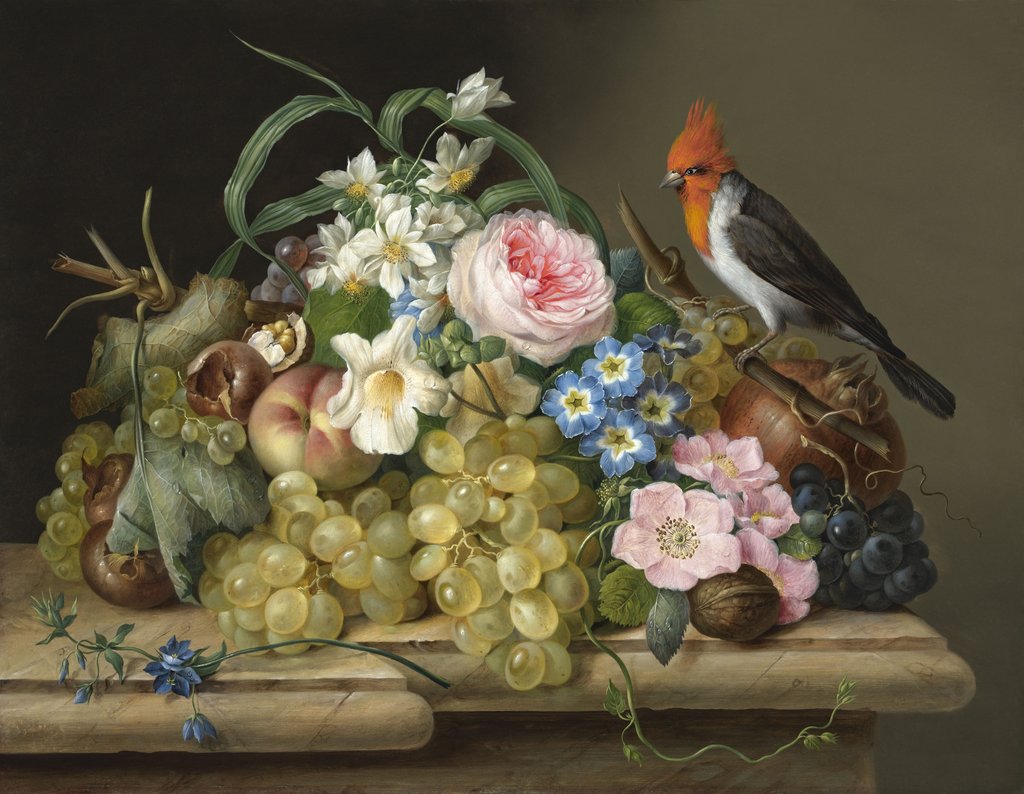 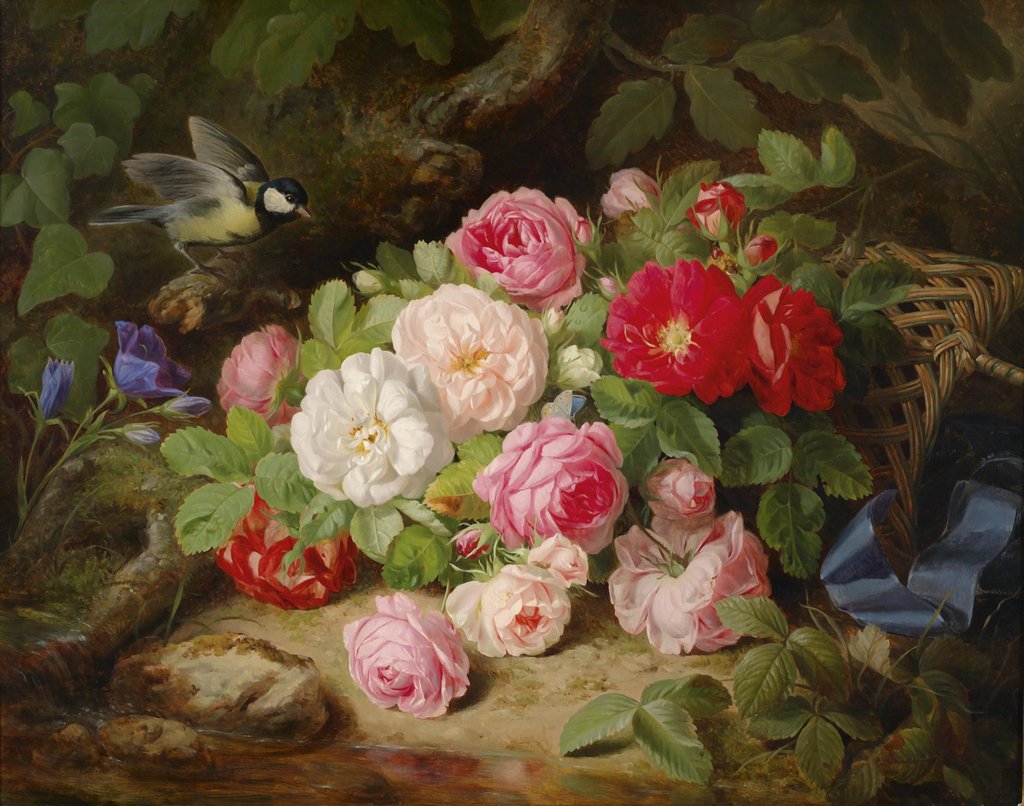 Birds, or a pair of birds, represent the resurrection of the soul after death. Image via Pavel Mozharov.

Mirrors have been featured in a variety of paintings throughout history. Because they were once a luxury item, they served in some cases as a symbol of wealth.

They can also represent truth, vanity, and self-reflection, revealing not only what we look like on the outside, but also who we are on a deeper level. A broken mirror, on the other hand, is universally regarded as a bad omen. 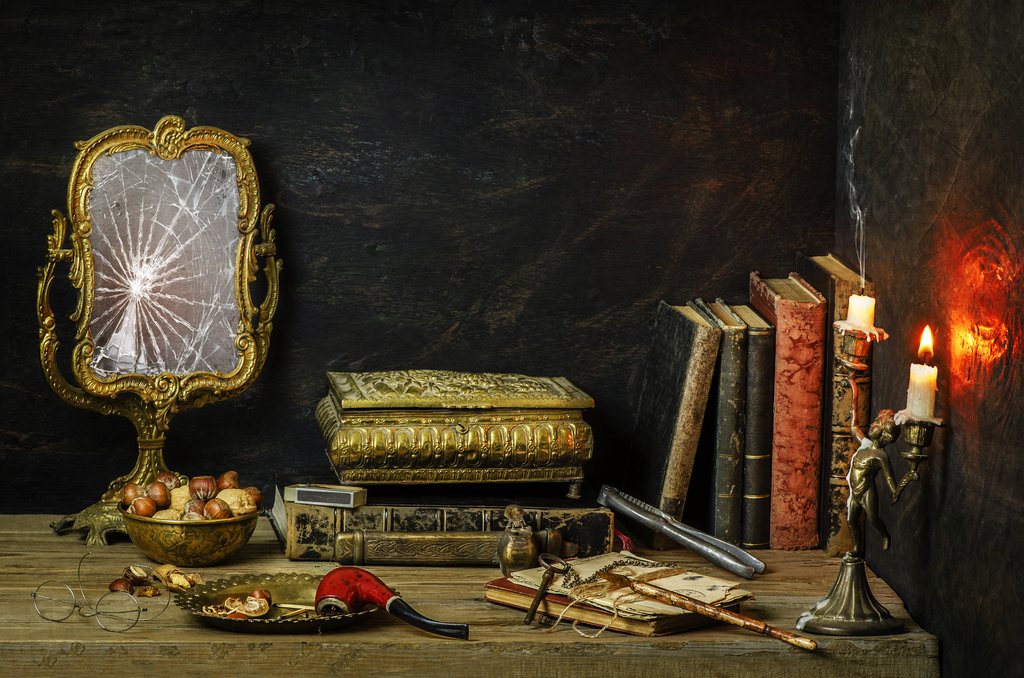 The symbolic meanings behind mirrors include truth, wealth, self-reflection, and bad luck. Image via Dina Saeed.

There are countless interpretations and meanings assigned to various objects in still life, and it’s impossible to name them all. The way the objects are depicted can evoke various emotions depending on their arrangements, lighting, color choices, and more.

And, of course, there’s always a mysterious gap between intention and interpretation. That’s part of the beauty of still life artworks—they provoke introspection and reflection, so no two viewings are ever truly the same.

The post Decoding the Symbols of Still Life appeared first on The Shutterstock Blog.

Did you miss our previous article…
https://www.louisdallaraphotoblog.com/?p=997