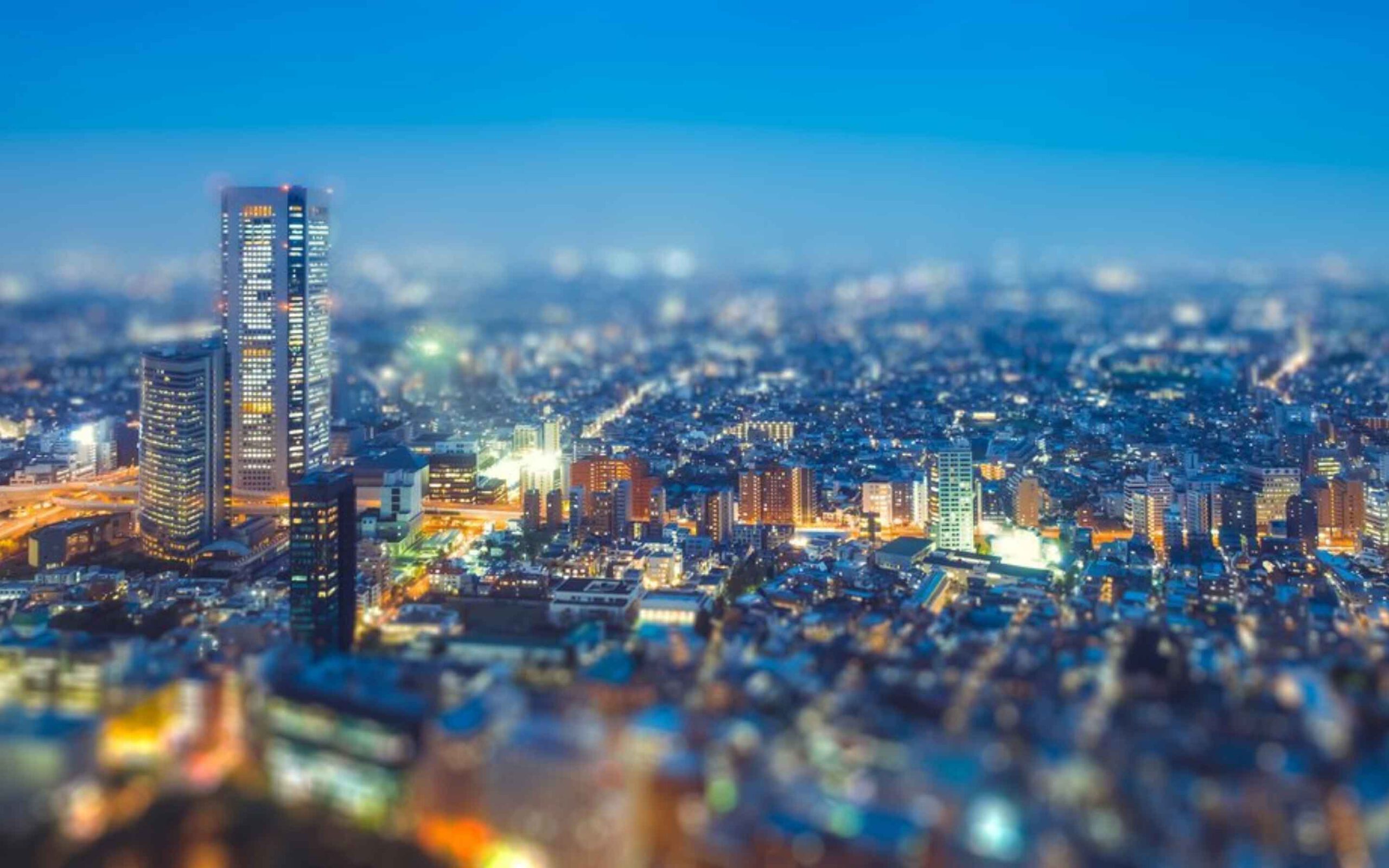 Shape and form are often conflated, but they don’t mean the same thing. Here, a primer on their differences—and how to apply them.

Shape and form are among the core building blocks of photography, and can completely transform the way a photo looks and how it’s perceived. Understanding how these two compositional elements evoke different feelings and effects is an essential tool for photographers to produce the most visually compelling images.

The first step to grasping how shape and form can elevate your photography is to understand how each of these compositional elements are distinctly different. 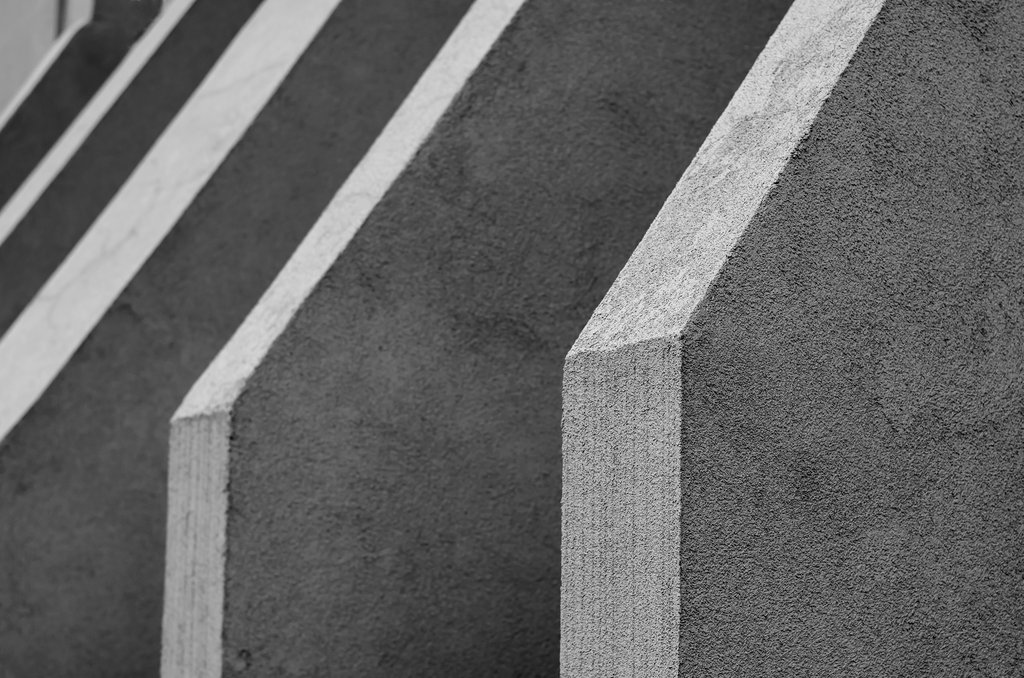 Shape and form are terms that are often used interchangeably, but are distinctly different. Image via Dmitriev Mikhail.

Shape in photography is just what it sounds like—a two-dimensional subject or object captured from behind the lens. A building, for example, is a rectangular shape, and the sun and moon are circular. Note that all of these shapes are two-dimensional—they don’t exhibit depth.

Shape photography is the two-dimensional appearance of objects as your camera captures them. Image via cpaulfell.

Form, on the other hand, refers to the three-dimensional appearance of shape. So, while a building can have a rectangular appearance head-on, a different perspective will reveal angles and edges, light and shadow, to provide an element of depth.

Forms, therefore, add a three-dimensional element to what would have been a flat, two-dimensional photo, drawing the viewer’s eye further into the depth of the shot.

How Shape and Form Can Affect How We Feel

The most obvious shapes that come to mind are geometric—circles, triangles, squares, and so on. They’re made up of defined lines, and each shape creates a different atmosphere in an image.

Circles, for example, never end. They provide a sense of movement and continuity, directing the viewer’s eye around the image. Circles evoke a sense of optimism that ties in with concepts of protection and harmony, and are often used to symbolize love, unity, and community.

Squares and rectangles convey a sense of strength and stability. They also evoke trust and a sense of being solid, calculated, and balanced—indicated by their symmetrical angles and straight lines.

Triangles can evoke several different meanings, depending on the shape’s positioning. An upwards triangle can represent stability and power, as it rests on a solid base. An upside-down triangle (pointing down) has the opposite effect, providing a sense of tension and instability. 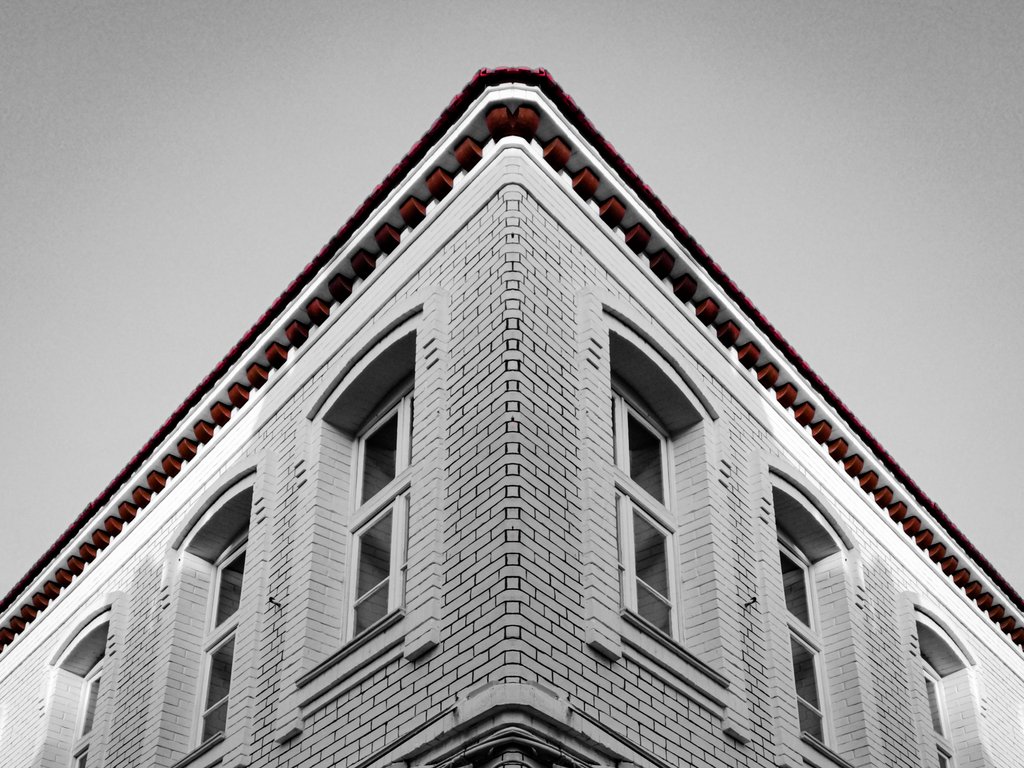 Unlike geometric shapes that are made up of uniform angles, organic shapes are fluid. They’re not geometrically perfect and symmetrical. They represent abstract shapes, people, and objects in the natural world. These free-form shapes feel familiar and comforting, and convey a sense of spontaneity and creativity. 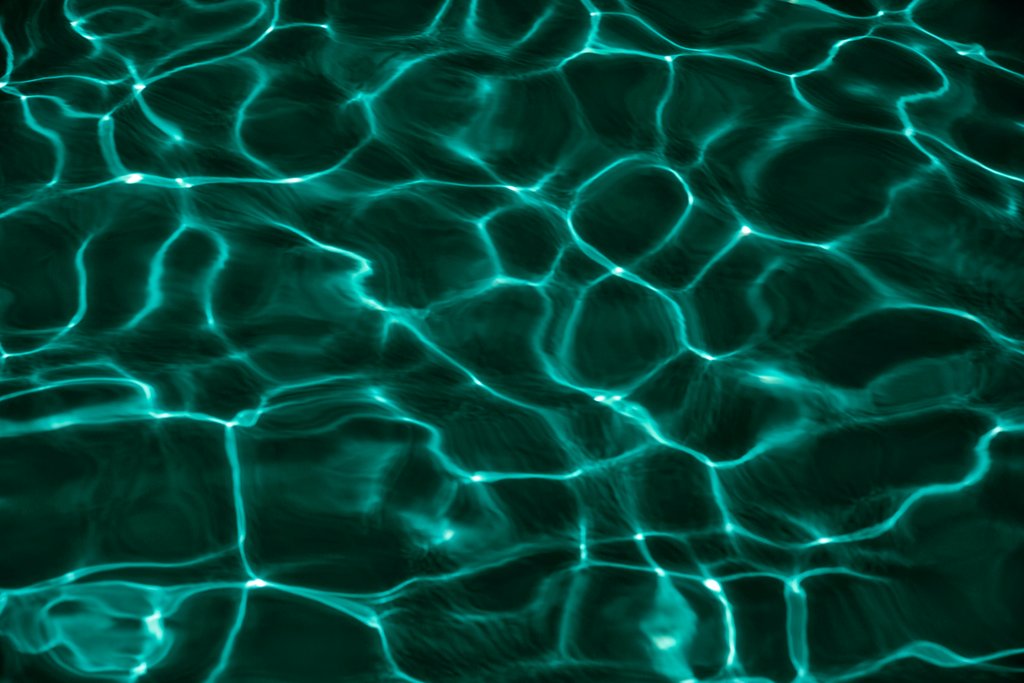 Organic shapes and forms have a natural look and a flowing and curving appearance. Image via Francisco Duarte Mendes.

So, how can we incorporate shape and form into our own work?

What you see is not what you get when it comes to photography. You can have the exact same object, subject, and setting, but even if the composition is only slightly different, the results can be vastly different.

A coffee mug, when captured from the side, is a cylinder. Captured from above, the coffee mug appears just like a perfect circle. Perspective offers a completely different view of the same thing, allowing the photographer to choose between capturing a shape or a form. 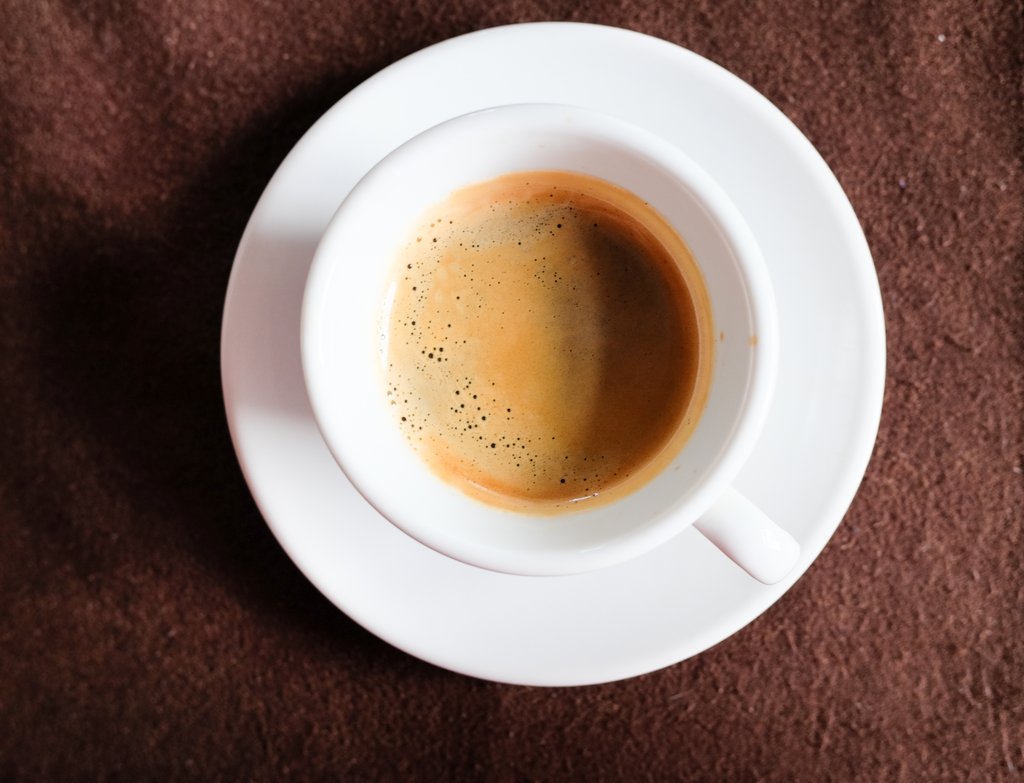 Perspective offers an entirely new view of the same thing—transforming a shape into a form and vice-versa. Image via Happy Moments.

Another way to add a three-dimensional feel to a photo is through the strategic use of light.

To capture the three-dimensionality of an object, place the light at an angle to cast shadows, and project a 3D form. To emphasize the shape, simply place a light behind or in front of an object to create a backlit silhouette or a front-lit shape. 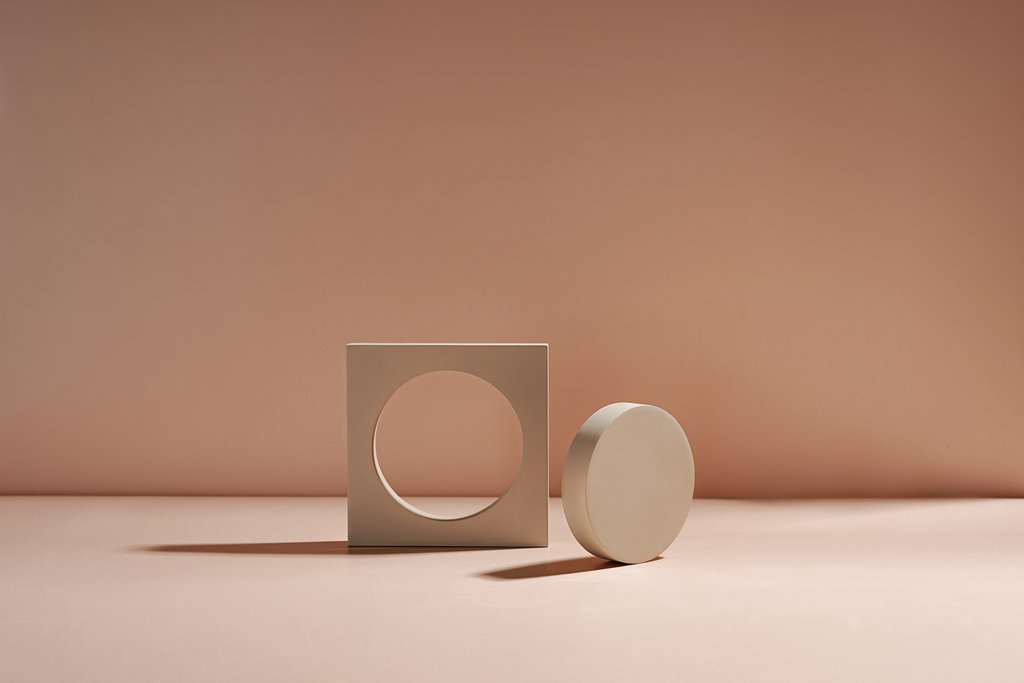 The strategic use of light can add a three-dimensional feel to photos. Image via Fotojojo.

Too many shapes (or forms) and your photo can appear too chaotic—that is, unless they create a pattern-like scape. Repetitive stone pillars, a series of mountains in the distance, and silhouetted skyscrapers are perfect examples of how repetitive pattern shapes and forms can be visually pleasing to the eye.

Patterns can be made of geometric or organic shapes, or even a contrast of the two, creating a perfect harmony of visual elements.

Negative space isn’t something you’d associate with shape. However, the area around—or in-between—an object can be framed into a shape. Pay attention to the negative spaces in-between to discover a world of unique shapes. 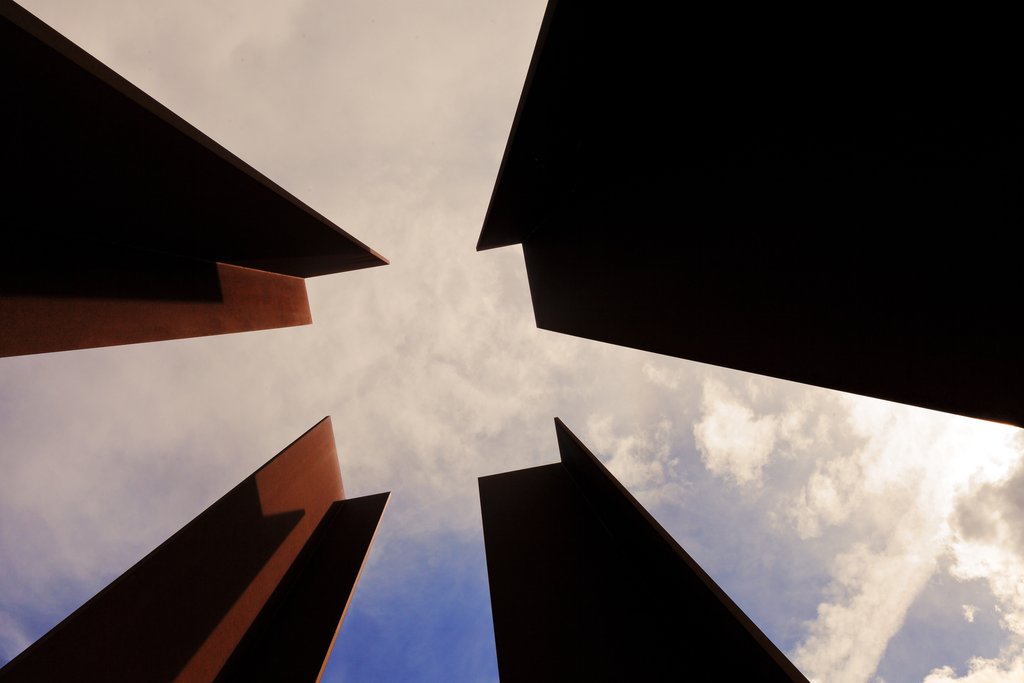 Shape constructed in negative space is defined by the objects that frame it. Image via elbud.

Balance is a compositional technique in photography that juxtaposes elements within a frame to produce equal visual weight; a visually balanced shot can further accentuate the shape or form.

There are several ways photographers can achieve visual balance. You can leave space that’s equal to the size of the object. You can use more negative space. Or, you can opt for the rule of thirds method by capturing the shape or form in one-third of the frame. Centering the object in the middle of the frame can also enhance the shape or form’s perfect symmetry. 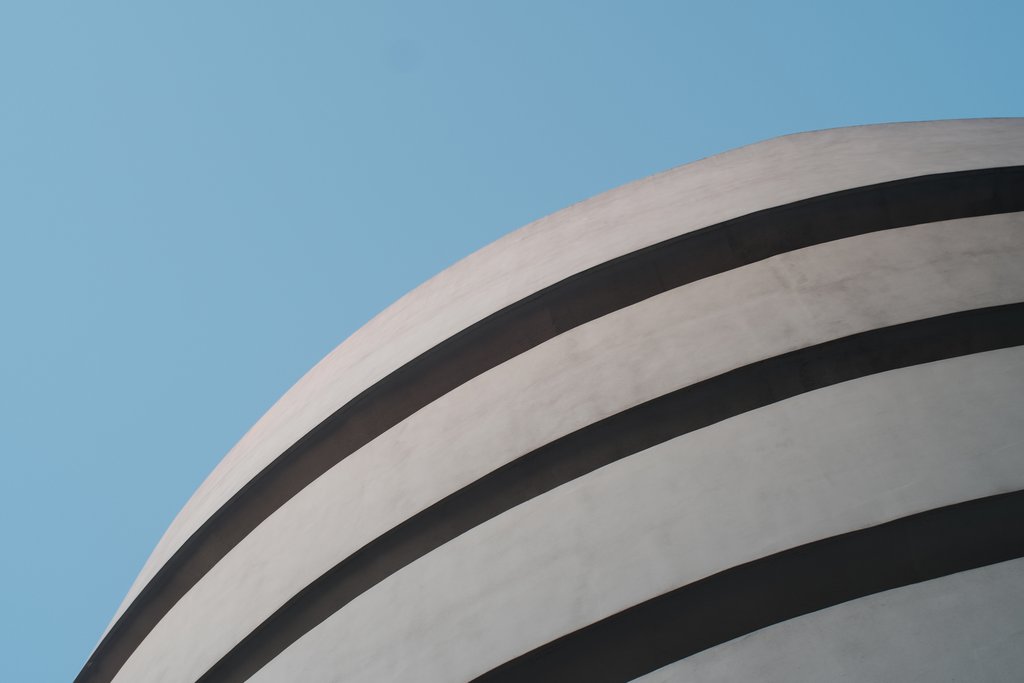 Visual balance puts shape and form in the spotlight. Image via Cadens Estudi.

Lenses play an important role in how shapes and forms appear in your images. Therefore, it’s essential to consider which lens you use depending on the shape or form you intend to capture behind the lens.

For example, wide-angle lenses increase the horizontal scope since the field of view is wider than the image sensor. When used incorrectly, this lens can result in images that look like they’ve been squeezed to fit the edges of the frame. One of the biggest telltale signs is distorted straight lines. 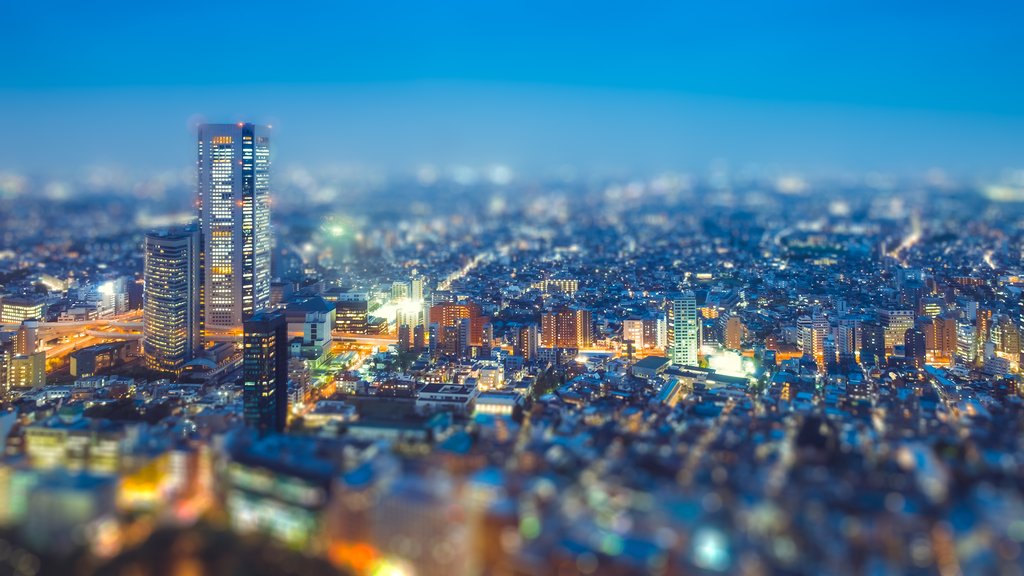 The type of lens you use can dramatically affect how shapes and forms appear in your photos. Image via EXZOZIS.

Tilt-shift lenses change the position of the lens without adjusting the camera. Shifting the lens so that it’s no longer parallel with the camera’s image sensor also shifts the plane of focus.

For example, tilting the lens up or down can accentuate the effect of limited depth of field at a given aperture. This technique is used to make cities look like scale model replicas when photographed from elevated perspectives.

There are endless opportunities to capture shape and form. They can be found all around us, but it’s a photographer’s eye that brings these compositional elements to focus. Focusing on aspects like light, perspective, depth of field, and color (or lack of it) will help enhance shape and form in your photography—and in the world around you. 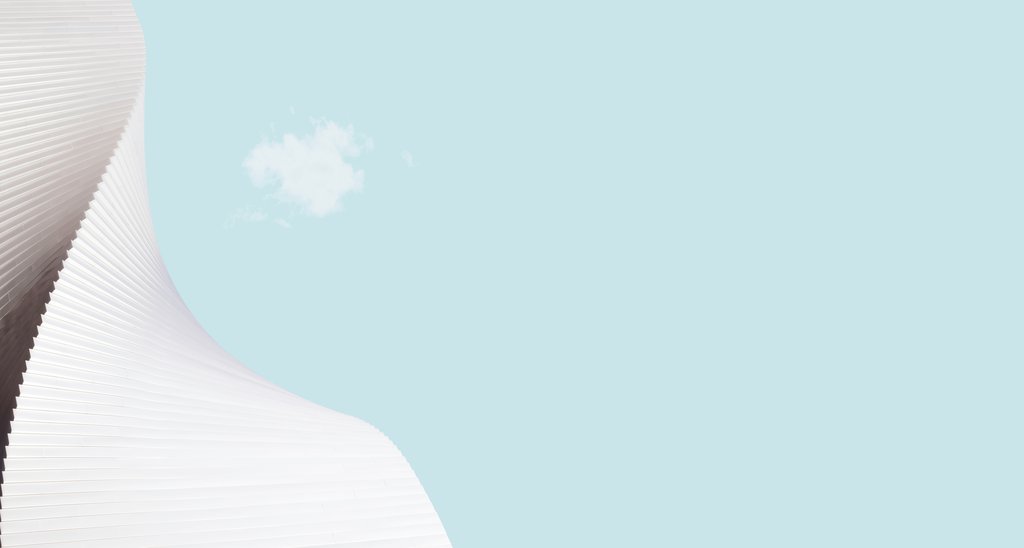 The post How to Use Shape and Form in Photography Composition appeared first on The Shutterstock Blog.

Did you miss our previous article…
https://www.louisdallaraphotoblog.com/?p=1310 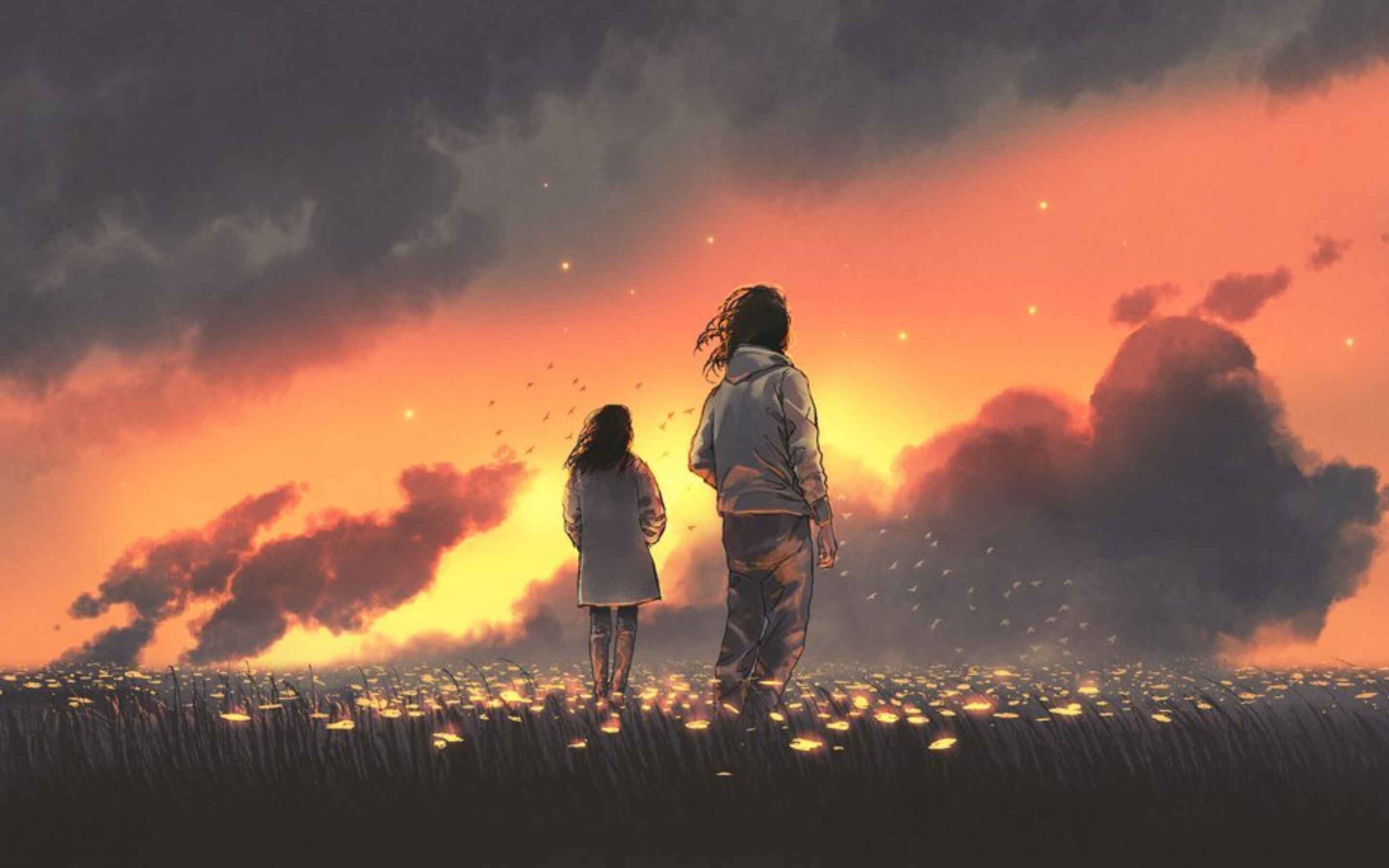 lluring dreamscapes, glowing orbs, and jellyfish in space. Welcome to Tithi Luadthong’s imagination. Everyone has a unique story to share, and Shutterstock has the assets that allow you to share it. That’s why this holiday season, we’re inviting you to receive 25% off, site-wide, as part of our Share Your Colors campaign. Simply enter code… 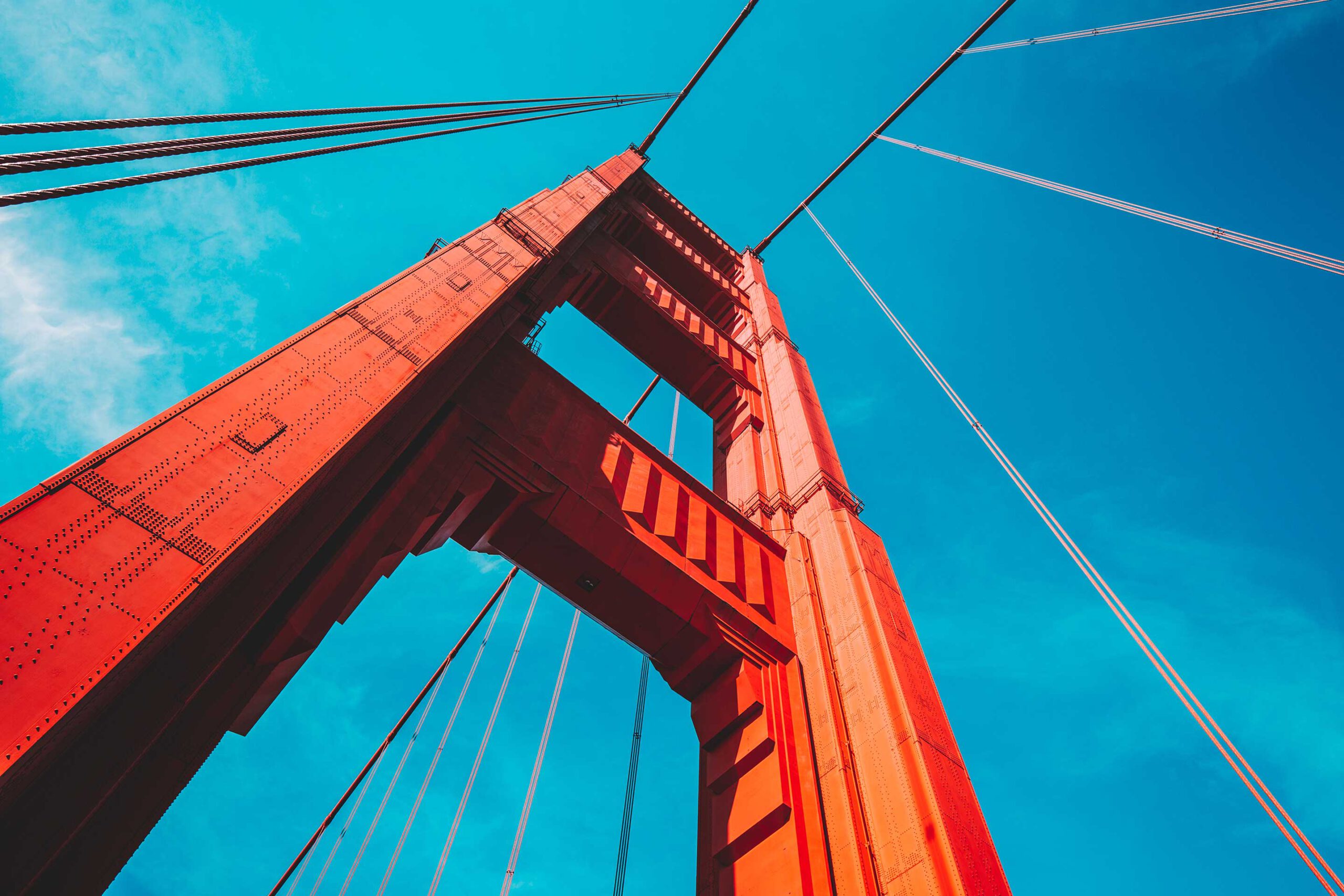 Data-Backed Ways to Think Pink for Your Next Campaign

Pink is considered feminine, romantic, and nurturing. But how does the color affect image performance? AI has the answers. How does the color pink make you feel? Does it brighten your mood? Does it frustrate you? Throughout history and across cultures, pink has had all sorts of meanings applied to it. In the modern Western…