With the release of “All Too Well (Taylor’s Version),” Taylor Swift transforms a once cozy accessory into a symbol of heartbreak. Marketers, take note.

“I left my scarf there at your sister’s house, and you’ve still got it, in your drawer, even now.”

That line comes in the first verse of “All Too Well,” a song from Taylor Swift’s album Red, originally released in 2010, but re-recorded and re-released last week as Red (Taylor’s Version). Though the song had never been a single and had never received a music video—it was fifth on the album, sandwiched in among more radio-ready tunes—it remained something of an underground favorite among true Taylor Swift fans. 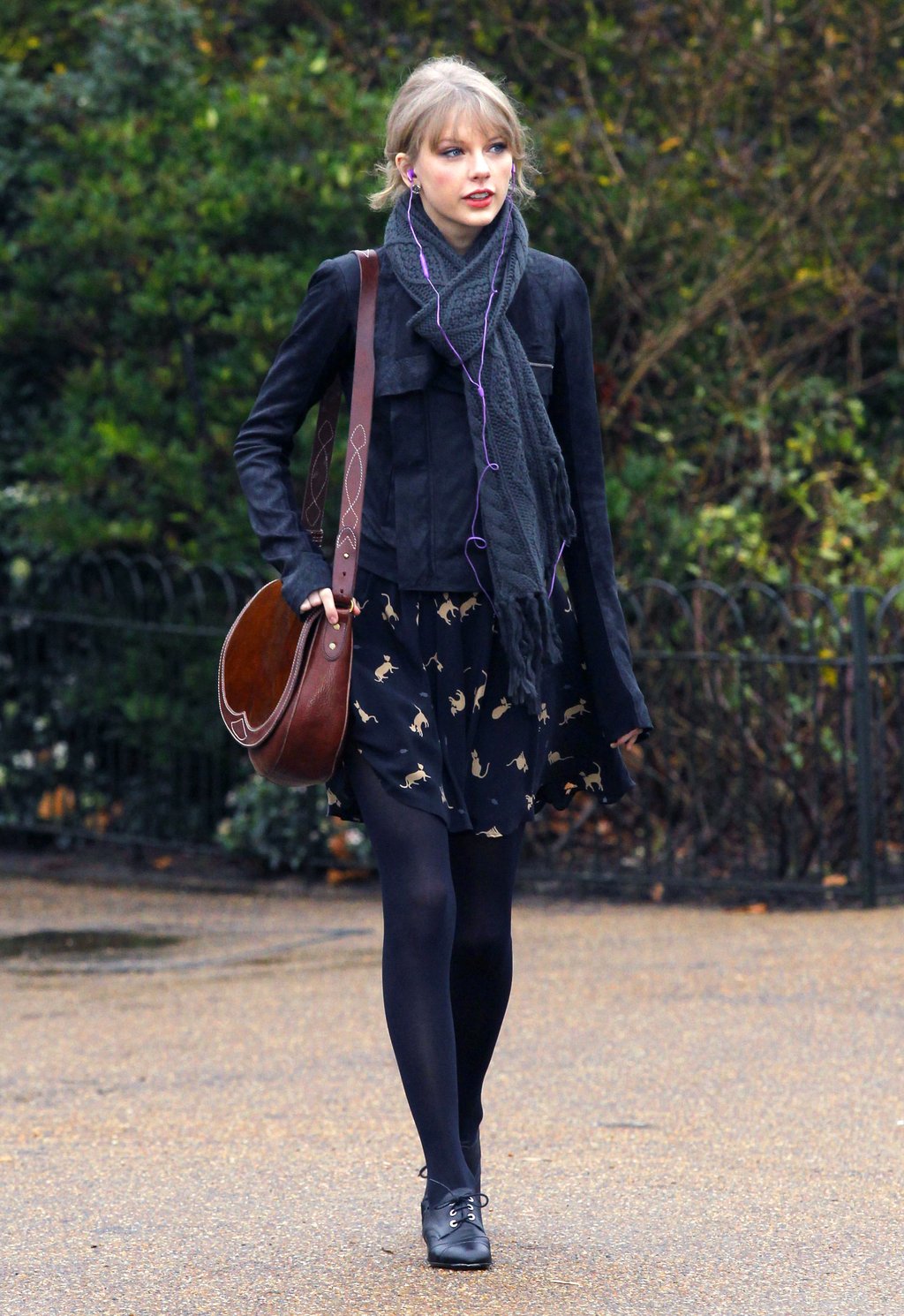 Identifying the Jake Gyllenhaal-inspired “All Too Well” as her best work served almost like a secret handshake for Swifities, and over the years, the mythology around the song grew among her fanbase, with rumors swirling that she had originally written a draft ten minutes long. The scarf almost became an inside joke—did Maggie Gyllenhaal still have it? (No, she says!)

But now, with the rerelease, Taylor—and “All Too Well”—has reached the height of its popularity and power. Taylor released not only the original ten-minute version of the song, but an entire short film for it, featuring actors Sadie Sink and Dylan O’Brien, and an instantly iconic red scarf. 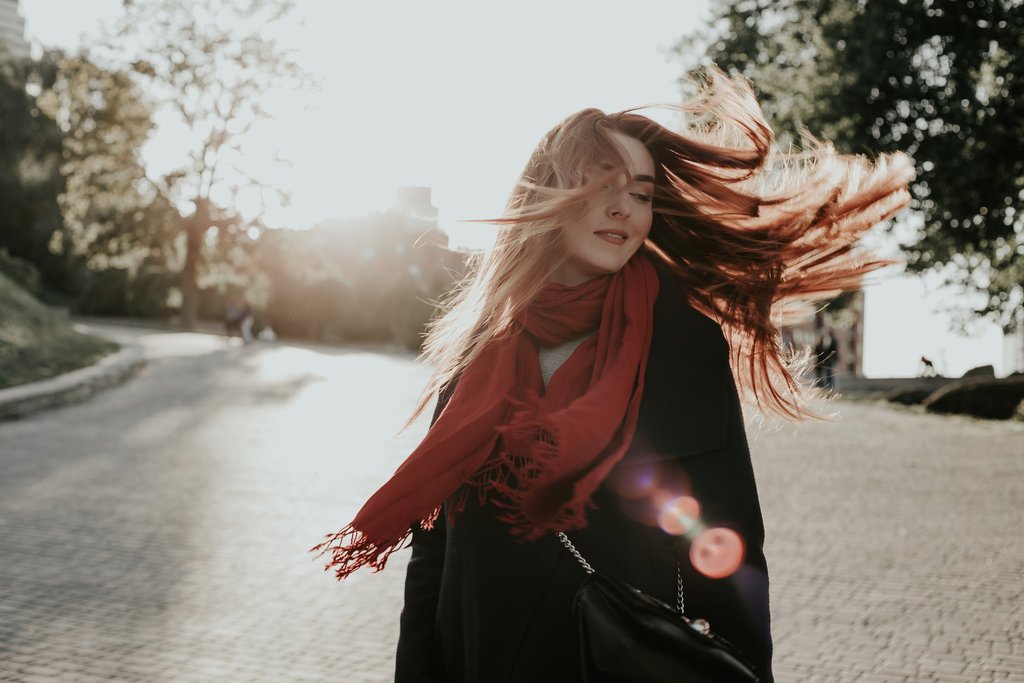 Swift’s re-release of “All Too Well” puts red scarves back in the spotlight. Image via Dara Kaliton.

The Symbol of the Scarf

The short film traces the scarf, as Sadie’s Taylor-analogue absent-mindedly wraps it around the bannister while visiting her paramour’s family home, the way she had worn it when they were happy, and the way, a decade later, the ex-lover kept it to wear while standing outside, gazing in on our heroine’s life without him.

The scarf is more than a scarf. As Taylor writes later in the song, after the couple falls apart: “But you kept my scarf, from that very first week. ‘Cause it reminds you of innocence, and it smells like me.” The scarf is a symbol. Some speculate it represents the singer’s virginity, but I find that a tad reductive. 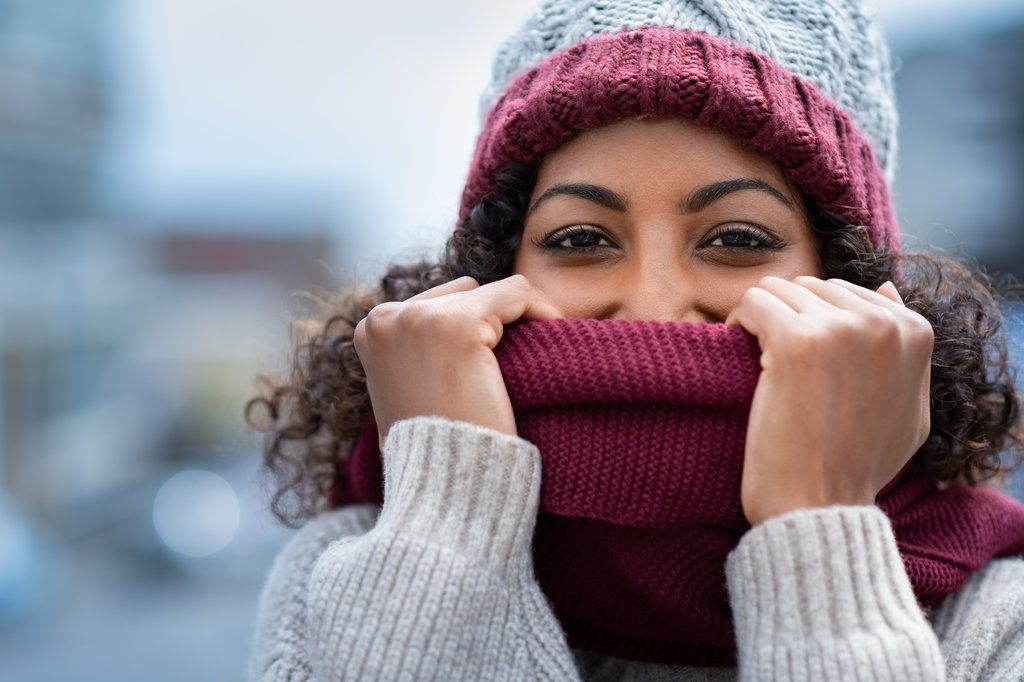 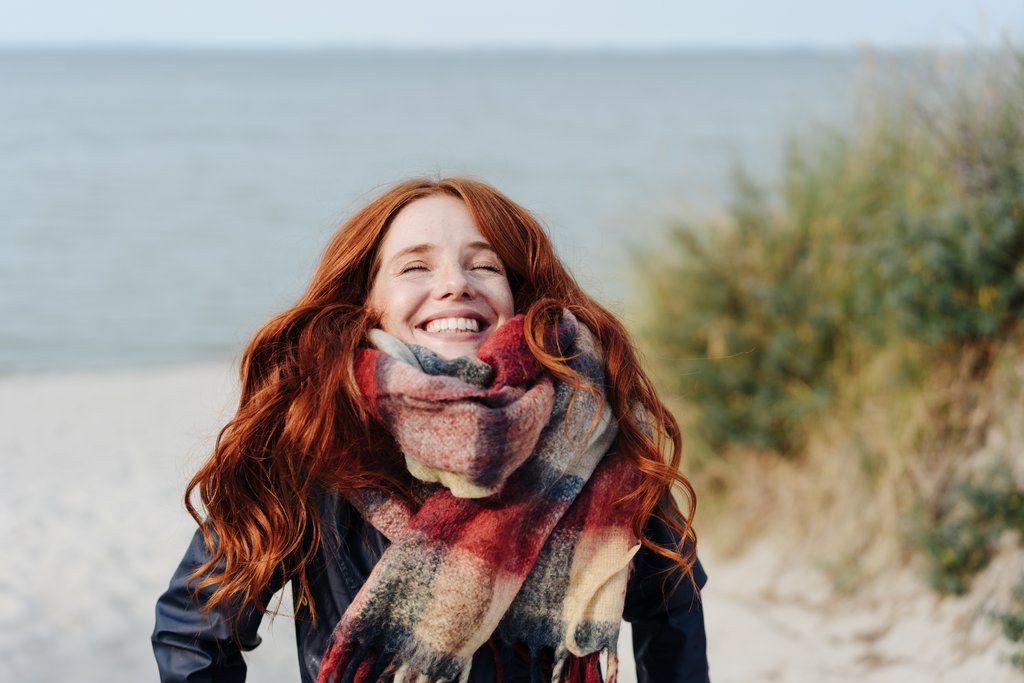 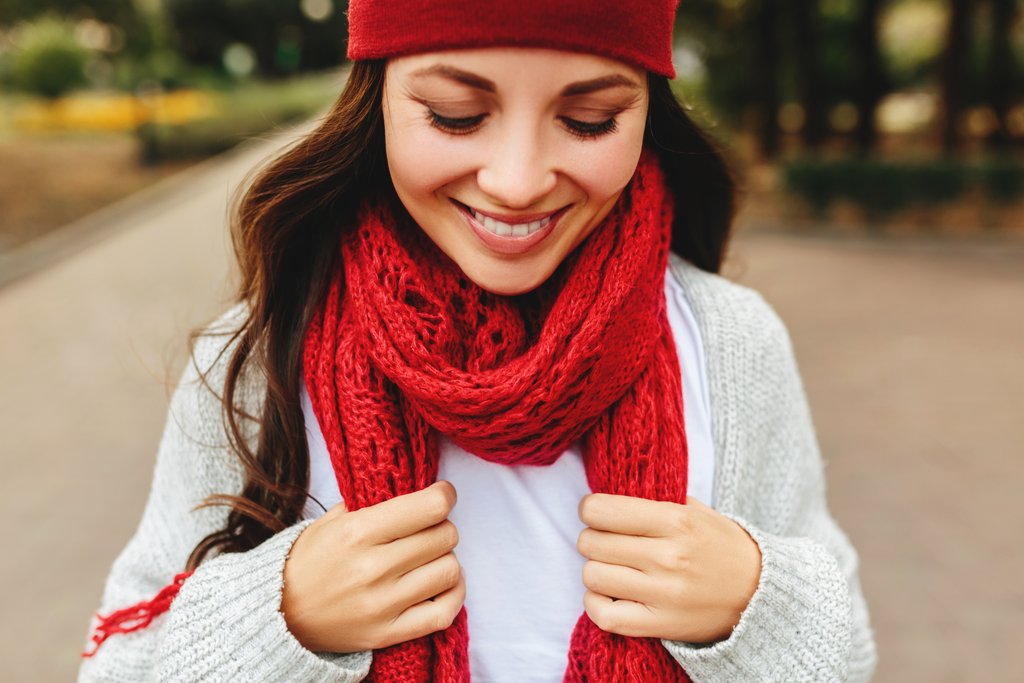 The scarf shifts from a symbol of comfort to a symbol of loss. Images via Rido, stockfour, and Livchak Vera.

The scarf represents a more nebulous sense of innocence, the optimism at the start of a relationship when you’re still shiny and unbroken, when you only see things working out. Taylor, or the version of her she embodies in her song, lost that through the emotional turmoil of her relationship. (Of course, there are those who see the scarf only literally. The likely accessory in question? This striped scarf both stars have been seen wearing.) 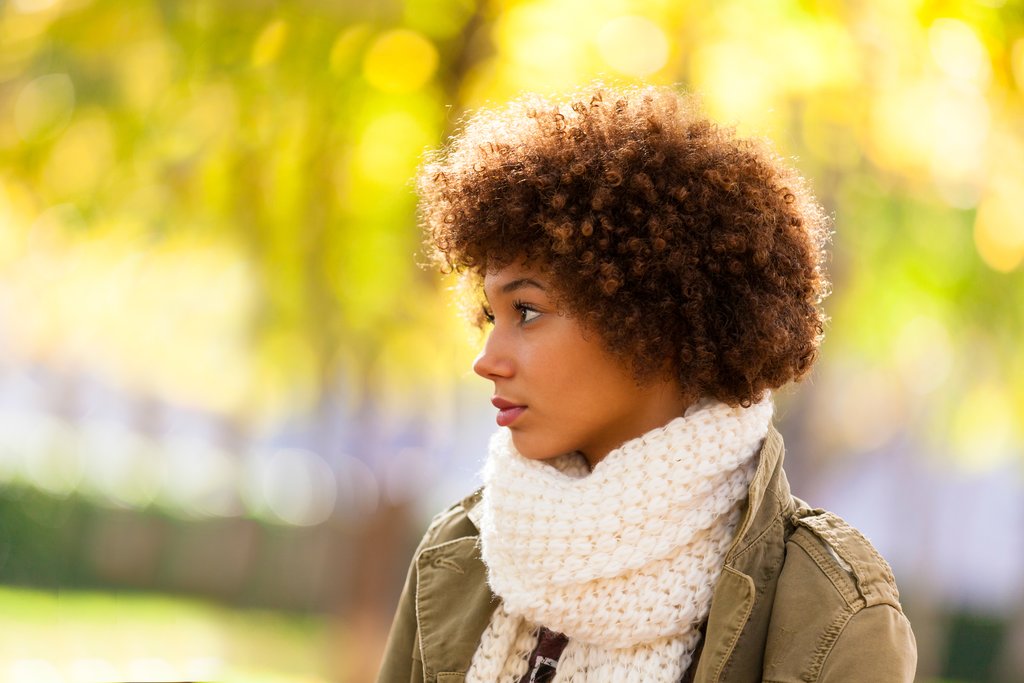 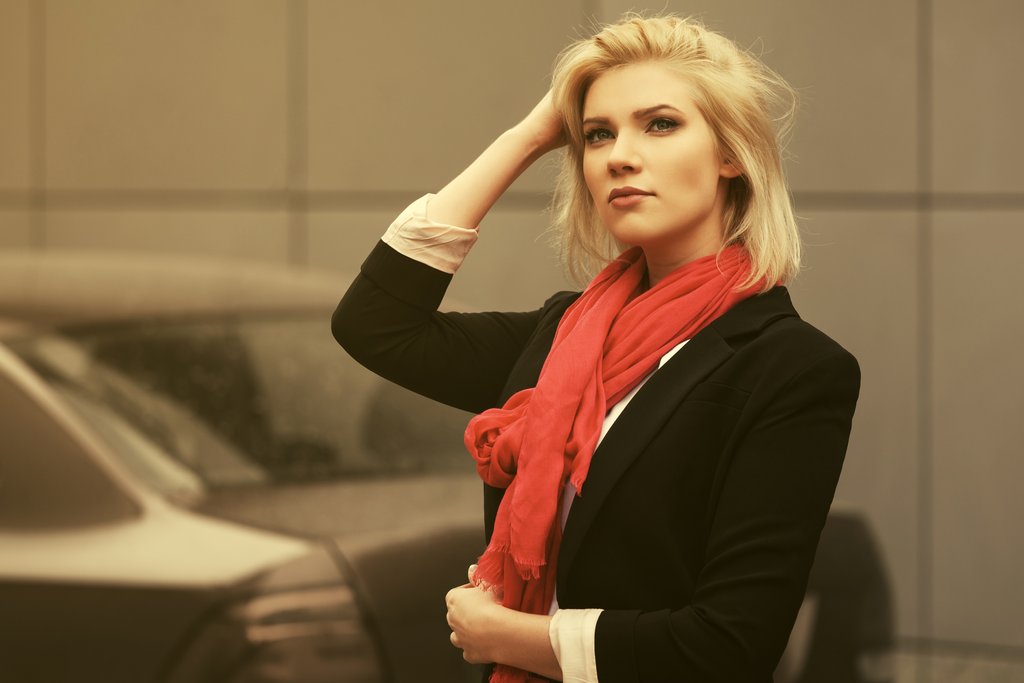 A master of marketing, Taylor Swift identified the symbolic power of the scarf, selling one as merch (in the color red, of course) and creating a tiny emoji-sized version to appear whenever anyone hashtagged the album on Twitter or Instagram. “All Too Well” is no longer the cult-favorite deep cut. It’s the song with a short film seen nearly fifty million times, that Taylor played live (ten minutes and all) on Saturday Night Live.

And, with the song’s new popularity comes the unfortunate fact that the very notion of a scarf itself has, perhaps irrevocably, taken on new meaning in the popular consciousness.

Up until now, a scarf has been pretty straightforward in its evocations. You think scarf, you think autumn, coziness, chunky knits. You think apple picking, girls in boots and flannel shirts, and beanies. When the weather turns even colder, scarves conjure images of snowmen, the type who might also don top hats or smoke pipes. 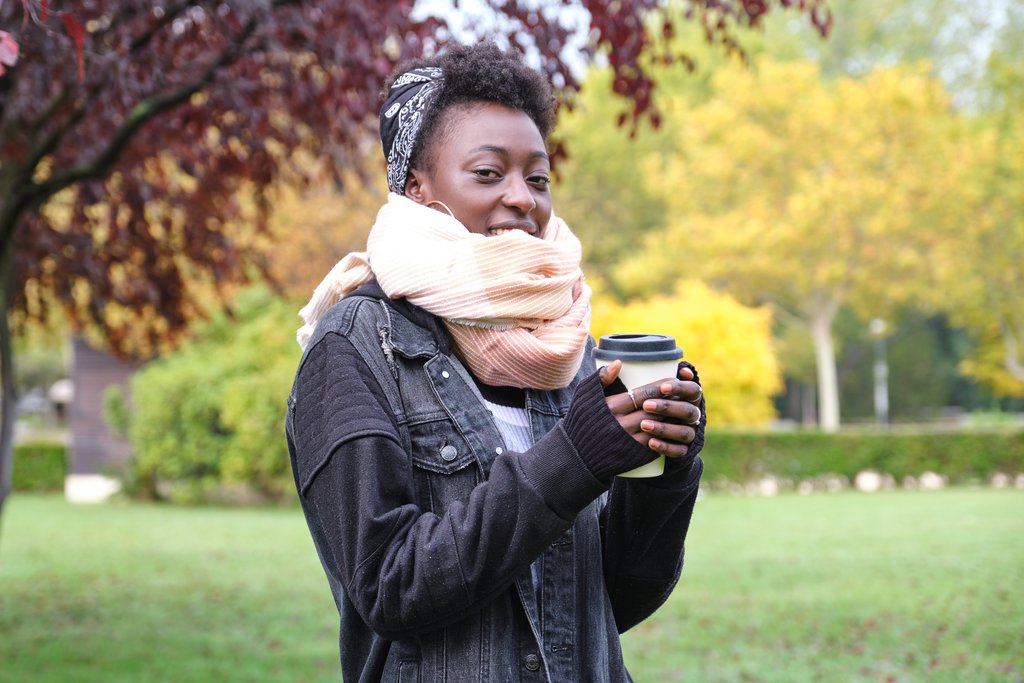 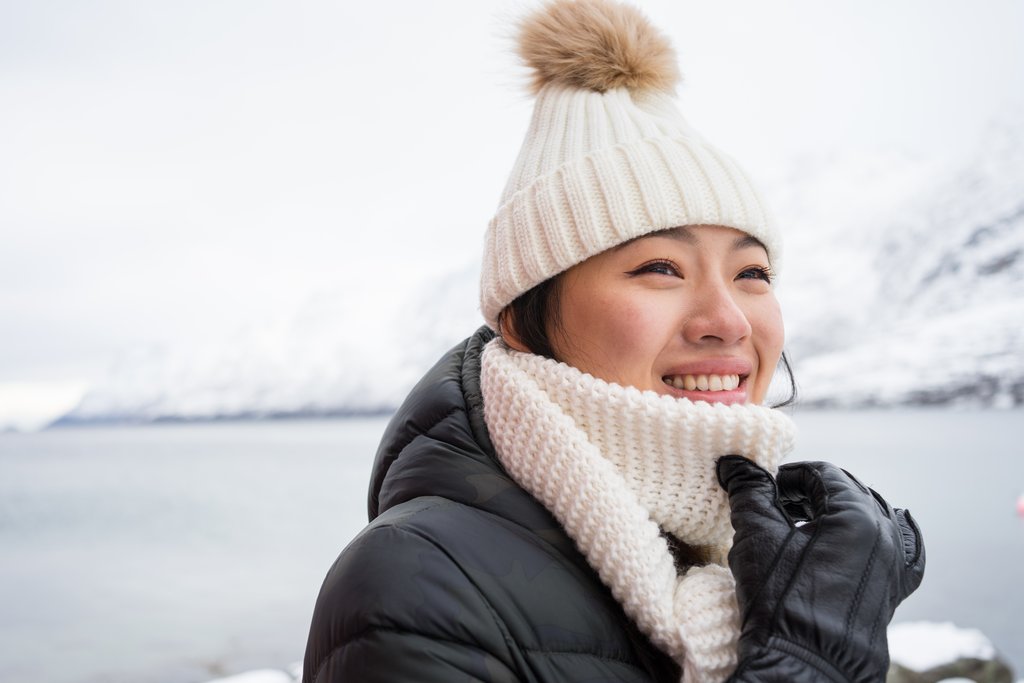 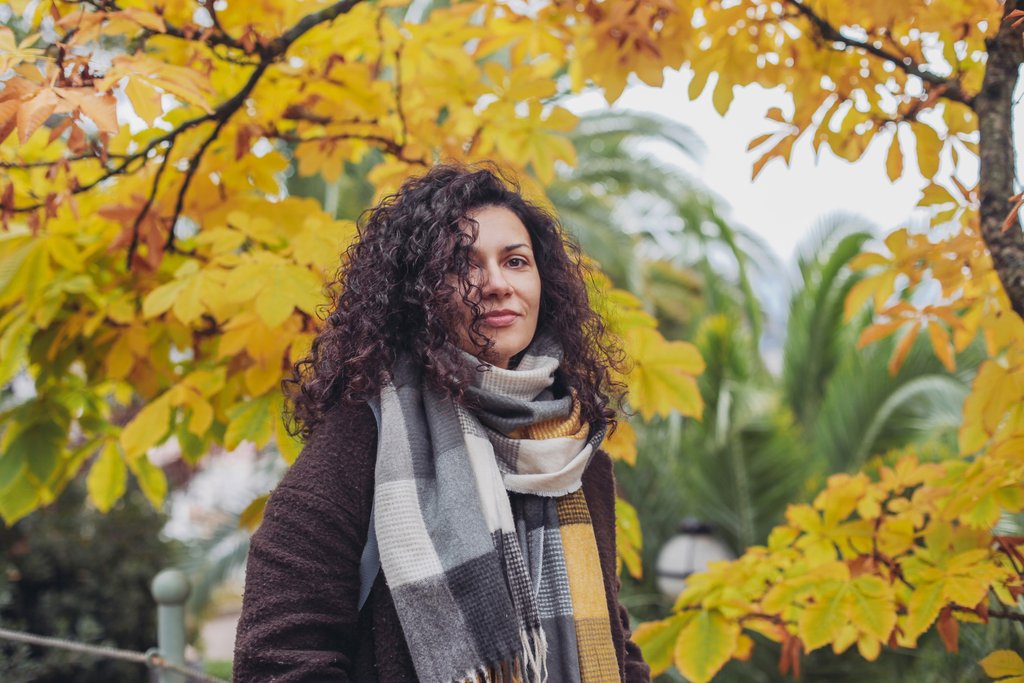 Scarves being one of the simplest items to knit makes them a holiday-gifting staple, the type of homemade present that reminds one of the platonic ideal of grandmother.

Even in pop culture, scarves have become associated with a certain Anglophilic coziness that makes one want a cup of tea. The students at Hogwarts in Harry Potter wear scarves as did the fourth Doctor from Doctor Who. 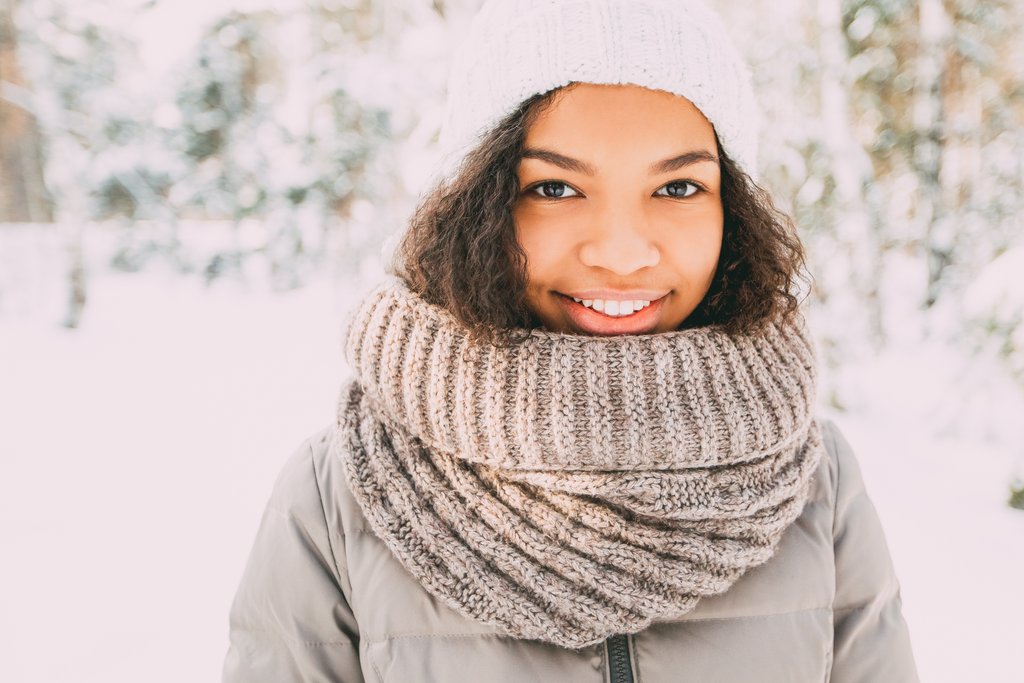 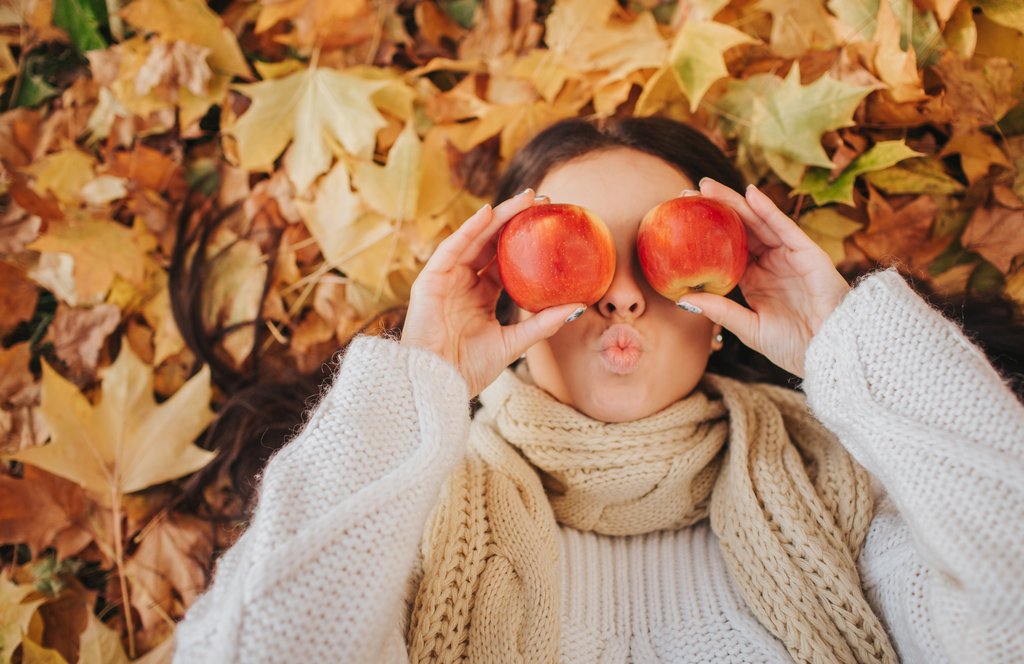 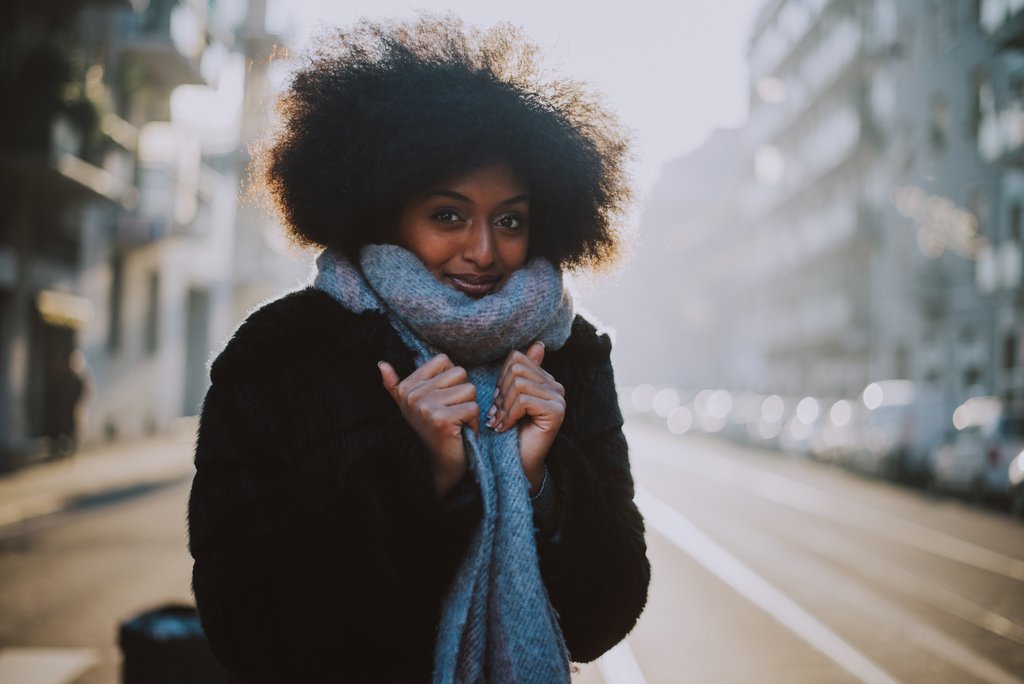 But the nature of powerful global monoculture landscape means that symbols can change, even startlingly quick. For the past week, whenever I’ve heard the word “scarf,” I’ve thought about Taylor riding in a car with a boy she thought she loved, unaware of the intentional heartbreak to come.

I’ve thought of the loneliness that comes only from feeling abandoned by someone you thought you would share a future with. And, I’ve thought about that shameful secret hope we all keep after a breakup, that the other person is still thinking about you. 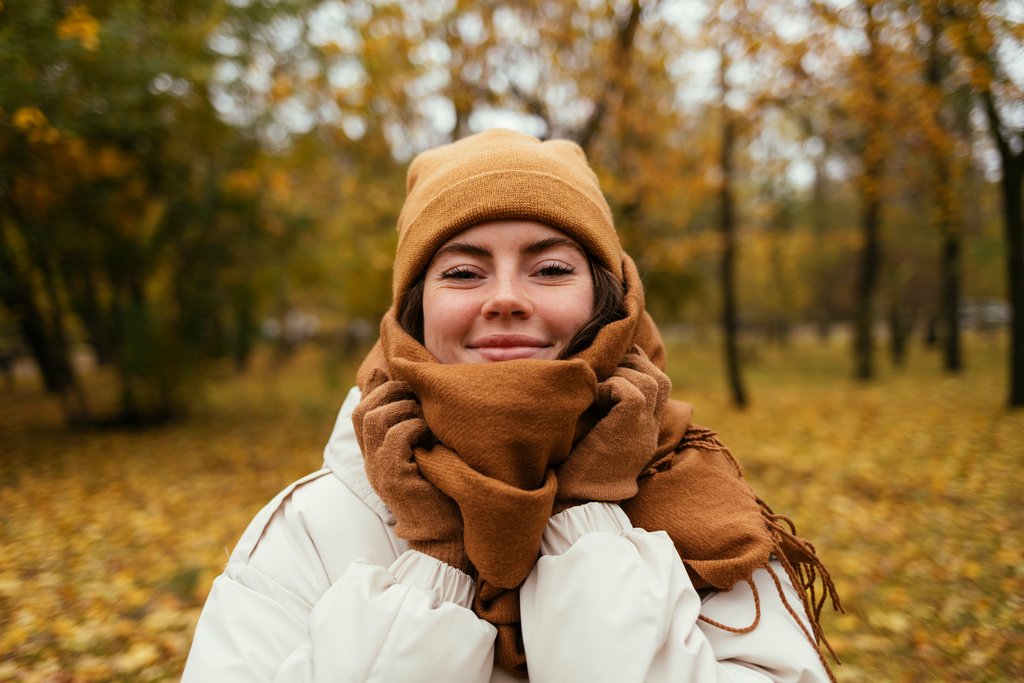 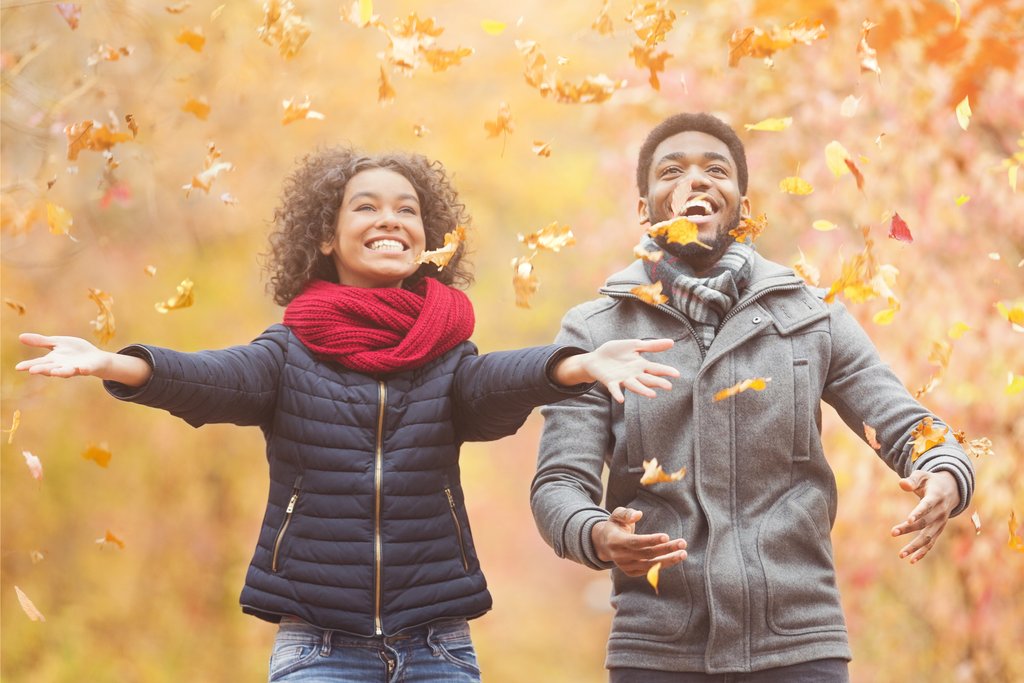 Images via alev / Westend61 and Prostock-studio.

I’d wager that the scarf hasn’t had such a blow to its public perception since the day Isadora Duncan was strangled by one (her long silk scarf became tangled in her car’s hubcaps. Gertrude Stein, upon hearing of the death, was said to have quipped, “Affectations can be dangerous”).

Far from being the representation of genteel coziness, a scarf—especially a red scarf—now feels cold and lonely. It’s the memory of first love lost and betrayal. 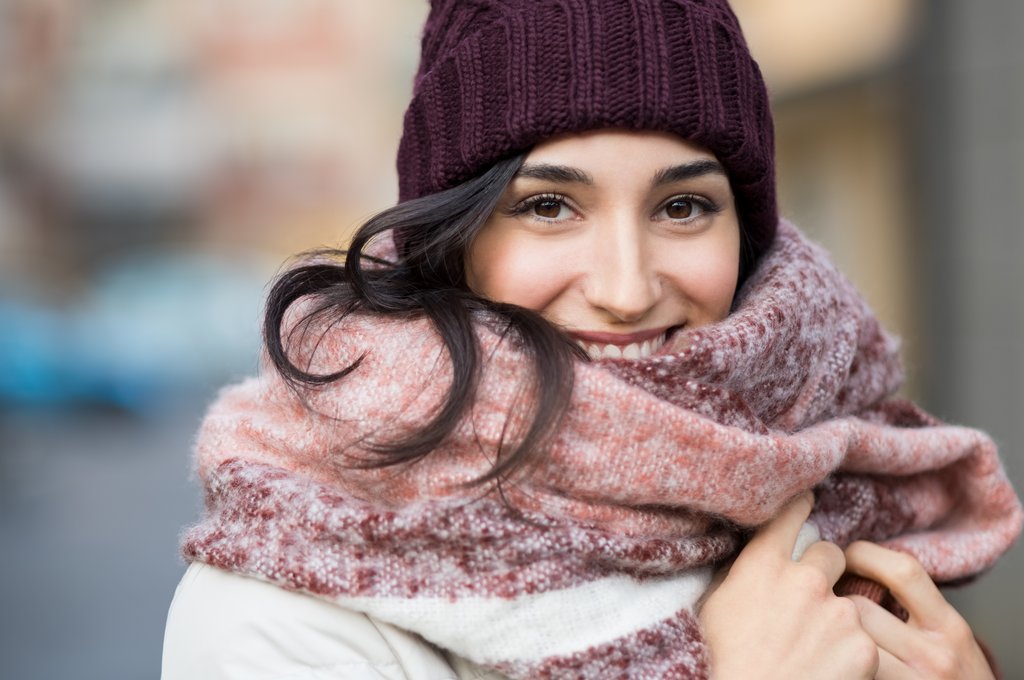 For now, while Red (Taylor’s Version) has its hand wrapped firmly around the zeitgeist, the scarf is a symbol for heartbreak. It’s the symbol for losing a part of yourself you can never recover. Even if Jake does end up sending Taylor’s back.

The post We May Never Look at Scarves the Same Way Again appeared first on The Shutterstock Blog.