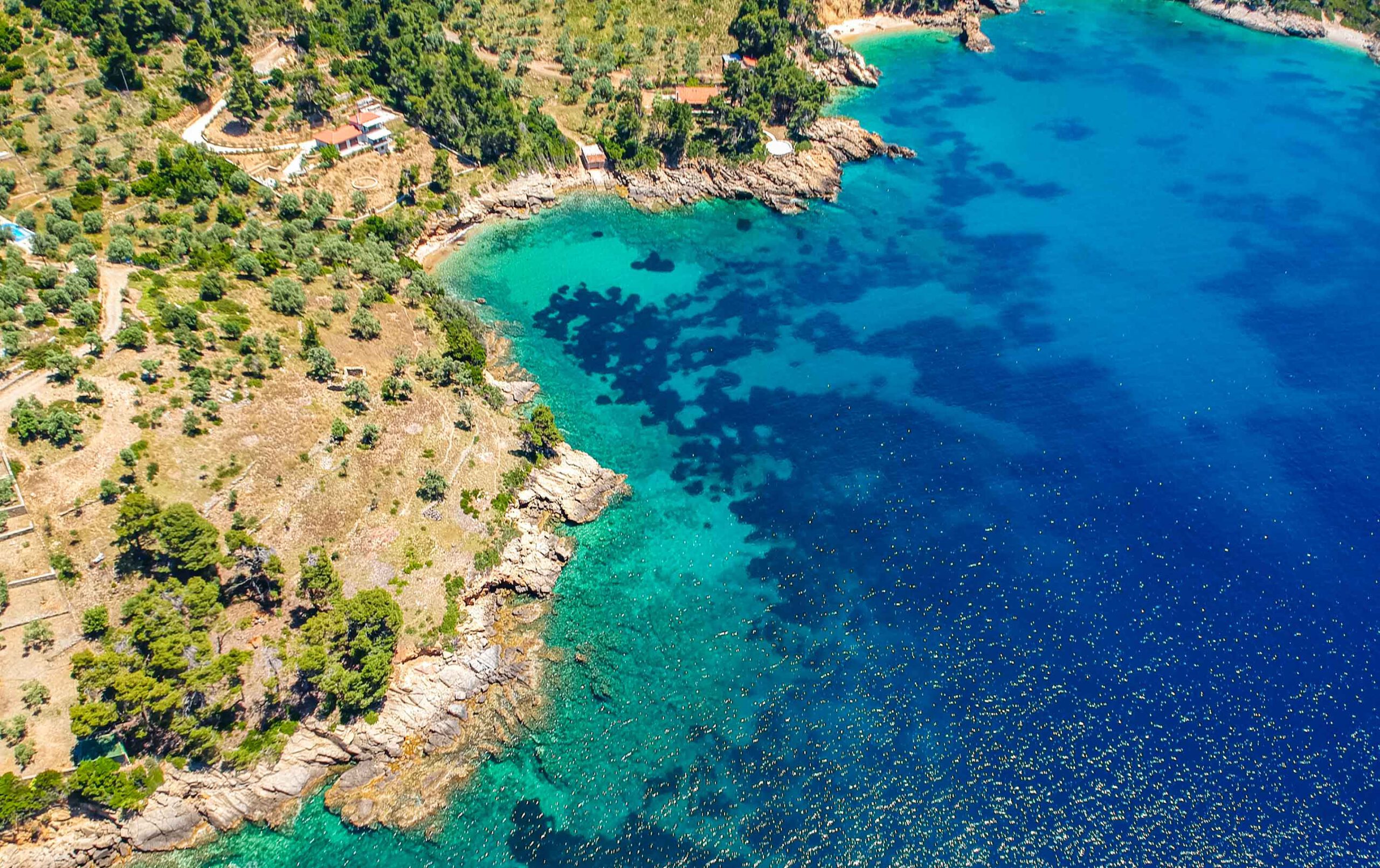 Here’s a “real-world” guide on what to expect if you decide to start your own drone business in 2022. Pros and cons.

Back in 2015, I decided to start flying drones commercially. The DJI Inspire 1 had recently been released, and it was clear that drones were going to open up a lot of video production possibilities. I had just went full-time as a freelancer, primarily doing local commercial work, making tutorial content, and selling stock footage.

Drones looked like a perfect addition to my current “toolkit” of video offerings. I also liked the idea of diversifying the type of video work I could do. (Plus, drones would give me more opportunities to work outside.)

And so, Ozark Drones was born.

Over the years, I’ve surprisingly had several opportunities to work with name-brand companies and television shows, even though I’m located in rural Arkansas. So, don’t be discouraged if you aren’t located in a big city.

This article will serve as a “real-world” perspective on what you can expect if you decide to start your own drone business or side hustle. I won’t sugarcoat the process, and most likely, drones won’t magically become your primary income. (But, they’re a lot of fun!)

And, obviously, starting a drone business now will be much easier than it was back in 2015.

Flying a drone “commercially” essentially means that you can legally operate a drone for business purposes and get paid for the service. In order to fly drones commercially in the U.S., you’ll need a Remote Pilot Certificate from the FAA. (This is also often referred to as a Commercial Drone License or Part 107 License.)

In short, to obtain this certificate, you must pass a Knowledge Test at an FAA-approved Knowledge Testing Center. Currently, the cost is $175.00.

Having a Remote Pilot Certificate is key when it comes to getting bigger clients for drone work. (Plus, it’s legally required for all commercial work!)

After you get your Remote Pilot Certificate, you’ll also need to register any drones you have with the FAA. You can do this on the FAADroneZone website. The cost to register each drone is currently $5.00.

If you’re still intimidated by this process, there are many third-party resources that can help prepare you. One I recommend checking out is the Pilot Institute.

Do You Need Insurance?

Now, instead of liability insurance that costs around $800/year, you can opt for hourly drone insurance. This allows you to just pay for drone insurance when you need it (which makes it easier to pass this cost on to your clients.)

One of the biggest headaches of flying drones commercially is getting FAA approvals to fly near airports. These types of approvals are required whenever you fly within five miles of a medium-large airport.

In the past few years, the FAA has revamped this approval process with a program they call LAANC (Low Altitude Authorization and Notification Capability.) Essentially, LAANC speeds up the approval process flying near airports. In a lot of cases, approvals are instant.

To learn more about this, check out How to Get Drone Flights Approved Near Airports Using LAANC.

Can You Make Money Flying Drones?

Short answer, yes. But, in reality, flying drones commercially is just like making money with any other “video production” work. Once you become a commercial drone pilot, nothing will magically change, but it opens the door for you to provide a more specific service.

However, if making the most money with drones is your primary motivator, you’ll need to decide what specific drone service you want to do (general drone video, inspections, mapping, etc.) The more difficult and complex a drone service is usually coincides with more money.

Which brings us to the next point: figuring out what “niche” drone service you want to offer.

Deciding on Your Niche

Once you become a drone pilot, you’ll likely get requests for all kinds of different drone jobs—real-estate, construction, TV productions, land mapping, etc. All of these are more or less their own niche.

And, unless you’re going to jump in as a full-time drone operator, you likely won’t have time to know the in-and-outs for each of these service types. So, I recommend focusing on one or two of them. 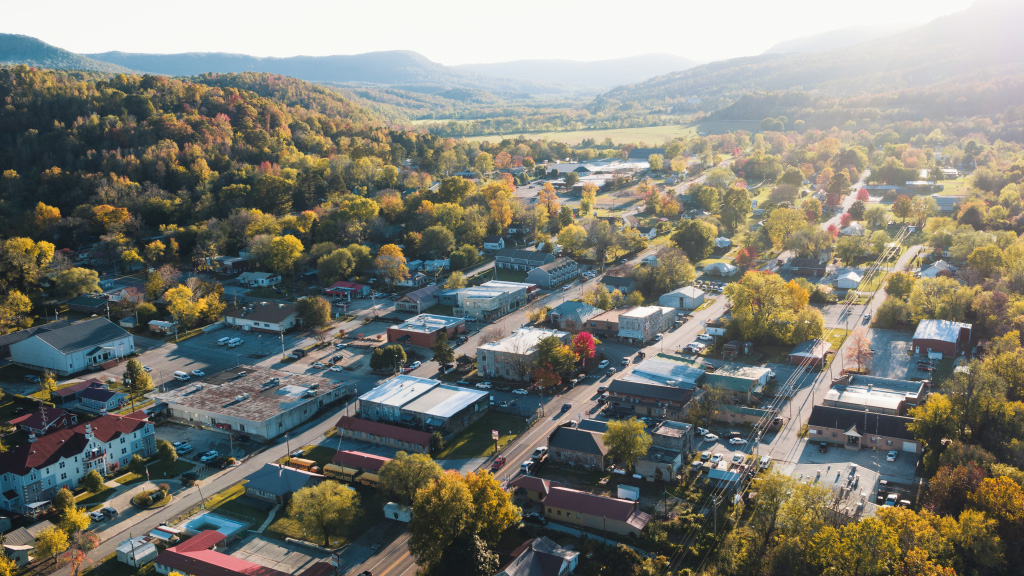 Decide which drone service niche you want to focus on, then dive in.

For myself, I primarily do local commercial/advertising work, and occasionally a real-estate or inspection video. I don’t do any terrain mapping, thermal imagery, or overly-complex construction inspections.

Advertising and commercial work is my focus because it’s closely related to the other freelance video work I regularly do. Whereas, if you’re someone who’s already in the construction or mapping industry, those would likely be an easier focus for you. 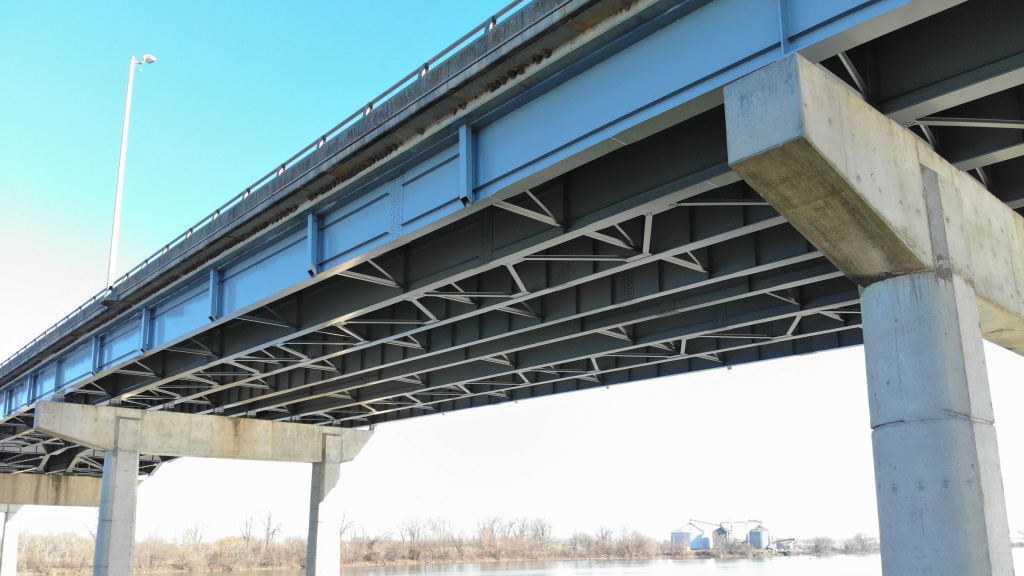 Drone inspection under a highway bridge.

What Kind of Drone Do You Need?

Generally speaking, when it comes to most aerial work, you don’t have to break the bank when buying a drone. And, I can guarantee you, most consumer drones in 2022 can shoot better video than what I filmed with in 2015.

If I had to make a recommendation for the best overall/most affordable drone currently available, I would say the DJI Mavic Air 2S. The quality of video, and range of options you get for the price, make it a great all-in-one choice.

However, if you have the budget to splurge on a Mavic 3 Cine or Inspire 2, then feel free to purchase those. However, I can’t emphasize enough that expensive drones are not required for a successful drone business.

I’ve done countless work using only the original DJI Mavic Air. Speaking of which, regardless of whichever drone you decide to go with, I strongly recommend buying a smaller “backup” drone. Having a smaller secondary drone has saved me many times on a shoot.

Smaller drones are also perfect if a client needs you to fly indoors or really close to something. A drone like the DJI Mini 2 is a nice candidate for this.

To learn more about the benefits of smaller drones, check out the article Attack of the Mini Drones.

Drone photo taken with the original DJI Mavic Air, released back in 2018.

How Much Is Your Time Worth?

Early on with your drone business, you’ll need to determine how much your time is worth. This will help you price jobs, but will also help you know which jobs to turn down.

Far too often, people will start a drone business and immediately take any low-paying gig they can get. To a degree, this is understandable—you’re getting paid to have fun and fly drones!

However, this behavior always occurs in the “honeymoon phase” of a new drone business. The idea of making money flying drones is too enticing. So, people take on drone jobs that ultimately don’t pay enough for the amount of time/effort they require. This will eventually lead to burn out. I’ve seen this happen many times. 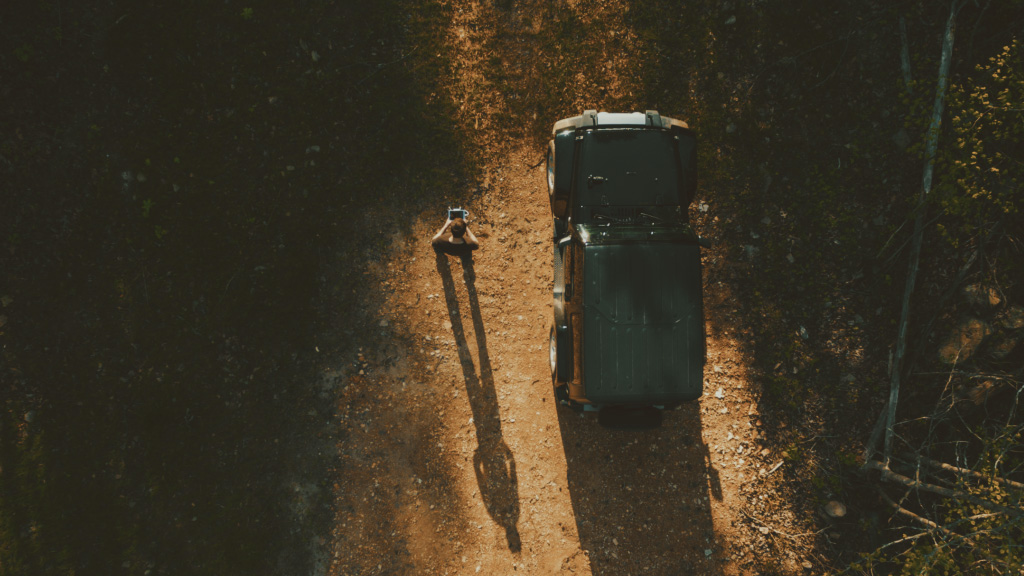 Figure out how much your time is worth before accepting drone work.

If flying drones is only one part of your overall freelance video business, then it’s much easier to figure out how much your time is worth. Just compare the amount of time and pay for your regular video work to drone work.

As an example, if you can already make $50/hour doing video editing work, then don’t accept any drone work that pays less than $50/hour.

Obviously, this value assessment will change depending on where you live geographically and where you are in your career. But, the basic time/value principal is the same.

You might be surprised, but a large portion of my drone business actually comes from selling drone footage that I have already shot. This was something I never expected, but it makes a lot of sense. It’s much cheaper for a company to contact a drone business and purchase existing footage than it is to send a crew in and film a few shots.

For example, recently I was contacted by Arkansas PBS to provide additional drone footage for their Exploring Arkansas from Above TV special. This is why it’s critical to create and organize your own library of drone footage. This will allow you to easily sell footage directly to clients and through sites like Shutterstock.

With my process, I keep niche/location-specific drone shots in my own library, to sell directly to clients. Then, any broad/beauty aerial shots I have I’ll sell through sites like Shutterstock.

Don’t underestimate keeping a library of drone photography either. Over the years, I’ve licensed drone photos for book covers and websites such as JasperArkanas.com.

So, is it worth it to start a drone business in 2022? In my opinion, absolutely. The process of flying drones commercially is much more streamlined now. Not to mention that drones are better and more affordable than ever.

I would just say “ease into it” and don’t feel obligated to immediately buy a ton of drone gear. If you already do video freelance work, you’re going to be miles ahead of drone pilots who don’t have that video background to fall back on.

Too many people believe that you can buy the newest drone, and then use the automatic settings to get amazing images (I’m sure the image will still be nice.) But, in order to the get the best drone video possible, knowledge of composition and post-production is required.

And, if you already own a drone and want to learn some post-production tips, check out these 7 Ways to Enhance Drone Shots in Post-Production.

The post Establishing a Drone Business in 2022 appeared first on The Shutterstock Blog.

Did you miss our previous article…
https://www.louisdallaraphotoblog.com/?p=2613