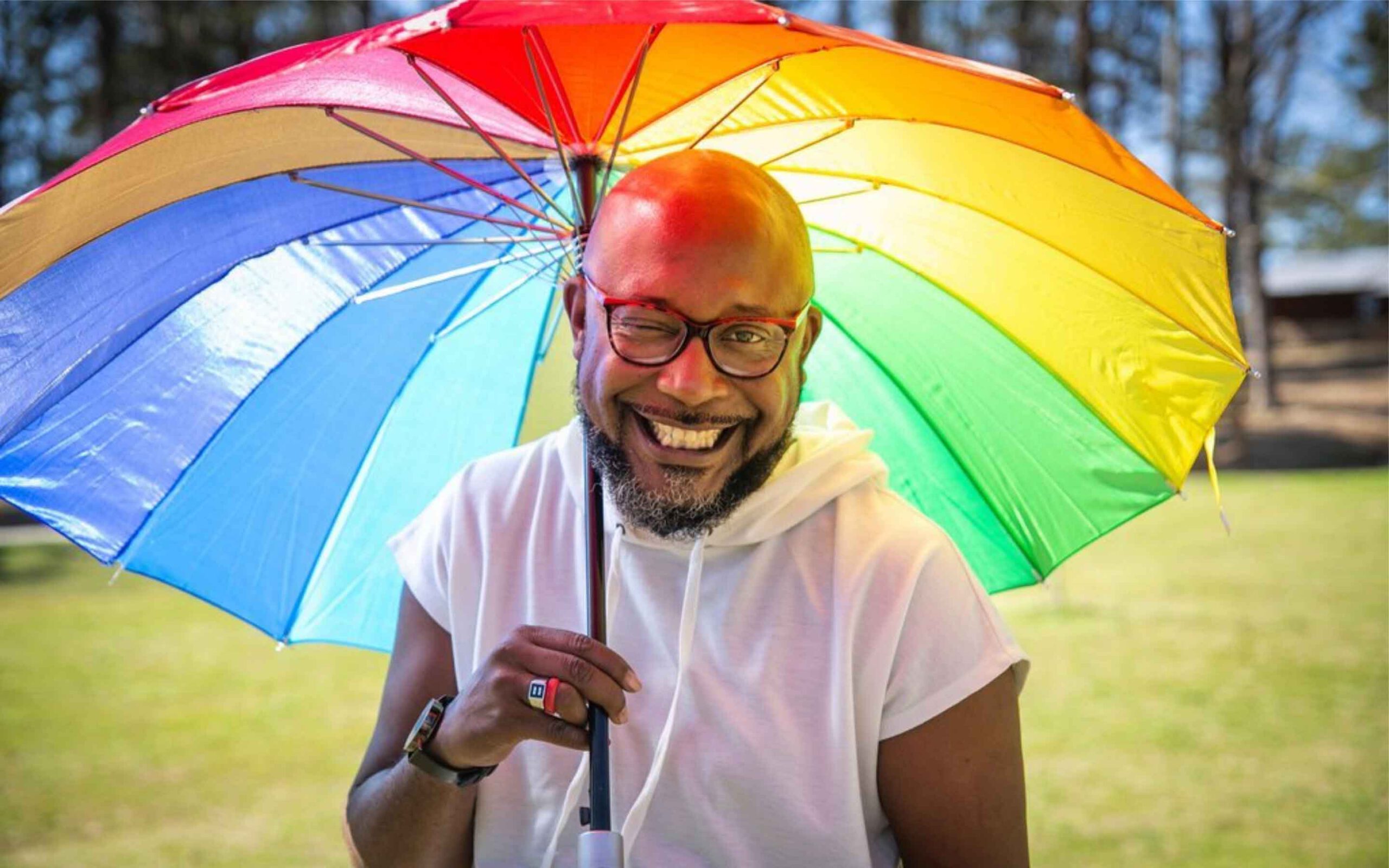 What does it look like to live with HIV? One writer shares his personal reflections and pushes back against outdated stereotypes.

In honor of World AIDS Day, Shutterstock collaborated with ViiV Healthcare to create a free collection of images, captured in diverse locations around the globe, that show what it means to live with HIV today.Download the collection now, and help shift the world’s perception of HIV.

I learned that I was HIV-positive in 2008, as a twenty-two-year-old recent college graduate. I didn’t share my diagnosis with anyone for several years—I thought keeping the information private was best. But, that decision resulted in internalized feelings of guilt and shame.

During my childhood, media coverage had painted HIV/AIDS to be a death sentence. Photographs documenting the onset of the HIV/AIDS epidemic (which started in June 1982) were disturbing and centered around gay men.

I had an uncle who identified as gay die from AIDS in the early 90s, and family members privately referred to his cause of death as the “gay disease.” In college, friends would label people they heard to be HIV-positive as the “alphabet mafia.”

These experiences instilled fear in me, and influenced how I responded to my diagnosis. 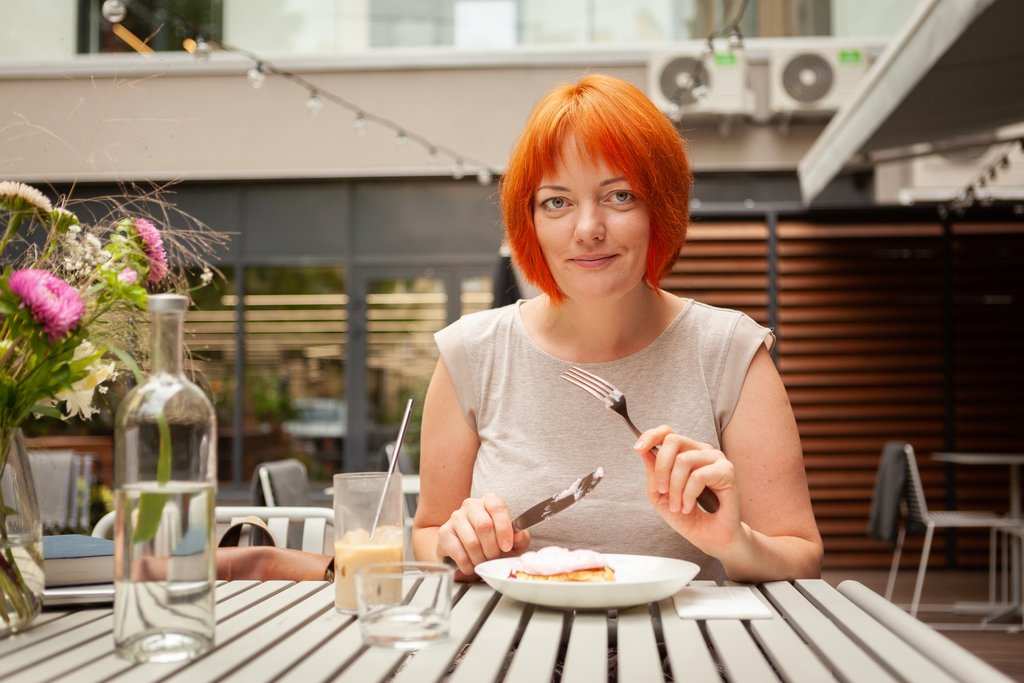 Although my doctor shared how advances in medicine had enabled people to successfully manage the virus and to live a normal lifespan, I knew society held outdated beliefs and misconceptions about HIV.

Still today, many believe that only certain groups of people contract HIV, that people deserve to get HIV because of their personal choices, that it’s morally acceptable to isolate someone because they are HIV-positive, and that HIV can be contracted through casual contact. 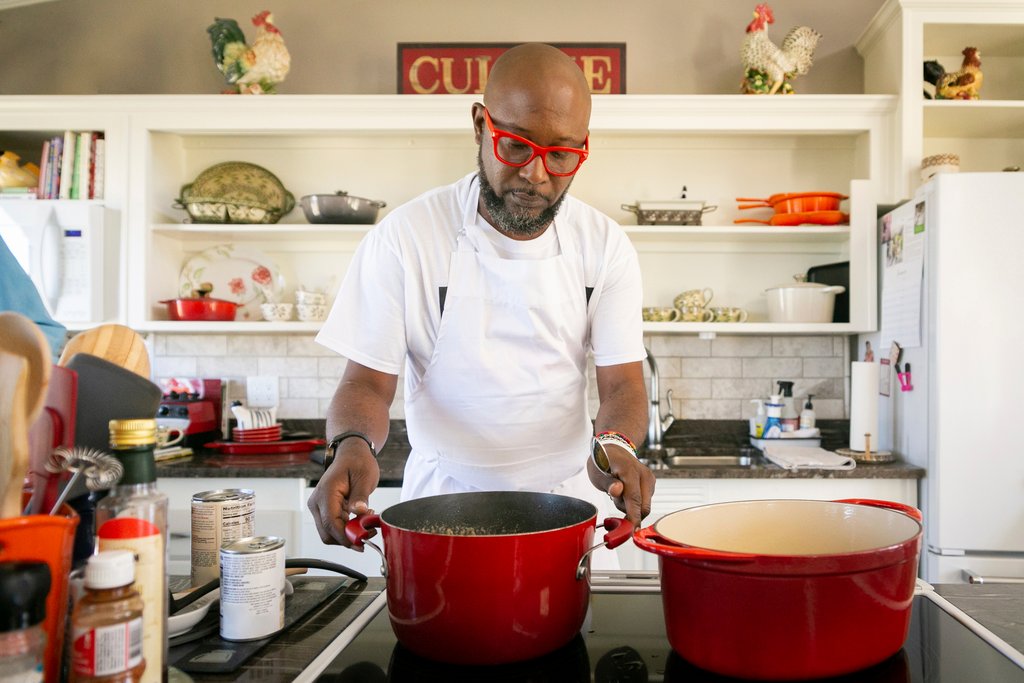 These inaccuracies perpetuate stigma and discrimination, which can discourage people from getting tested and treated for HIV, cause them to fear disclosure, and burden them with feelings of shame, isolation, and despair.

For many years, I found myself repressing my desire to celebrate the new lease on life that my HIV treatment gave me. I did so only in secrecy to protect myself.

Outdated beliefs and misinformation on HIV continue to thrive due to the lack of images and media highlighting what it means to live with HIV in the 21st century. (According to national surveys, the majority of Americans get their HIV and AIDS information directly from the media.)

People living with HIV have successful careers and healthy romantic relationships. They have children and families. They travel the world. And so much more—just like people who are HIV-negative. 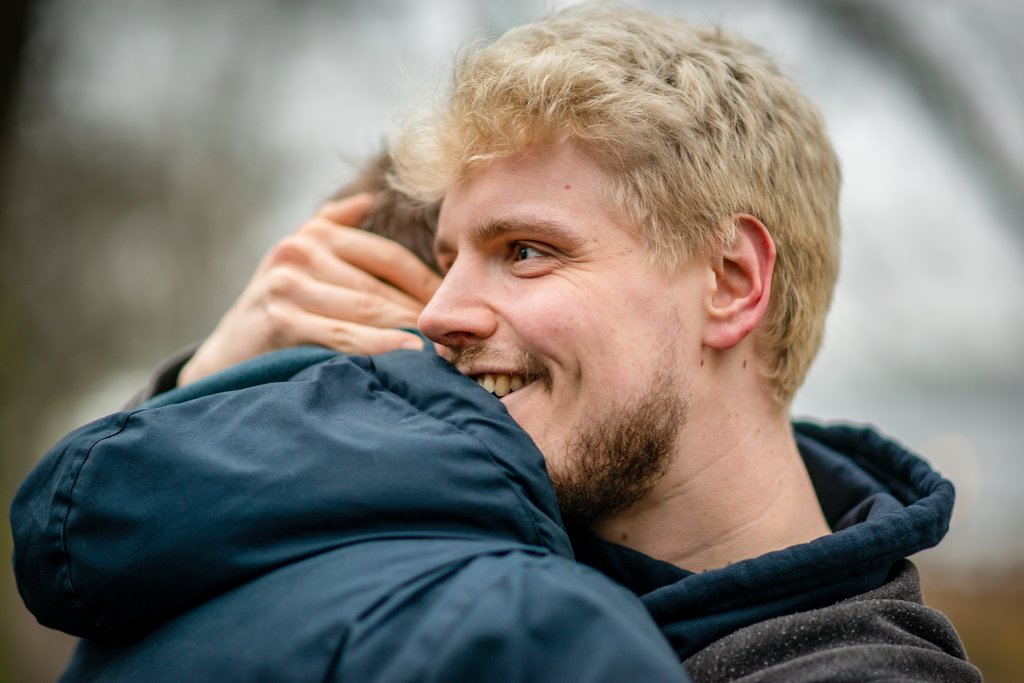 I sometimes wonder if encouraging better representation of HIV isn’t a priority in the media because it doesn’t elicit the same viral response as, say, a tragic image or a famous person making insensitive and incorrect statements about HIV.

Additionally, HIV continues to have a disproportionate impact on racial and ethnic minorities, and gay, bisexual, and other men who have sex with men—and these populations are often unjustly de-prioritized and scrutinized.

To end stigma and discrimination, and accelerate acceptance of people affected by HIV, our society’s overall attitudes and knowledge around the virus must shift.

I firmly believe this can be accomplished through increased and consistent visibility of people living with HIV—of all ages, races, ethnicities, genders, sexual orientations, and socio-economic backgrounds—in the media.

This coverage has to go beyond pharmaceutical commercials for HIV treatments, and extend to television shows, films, the news, marketing campaigns for brands, and more. 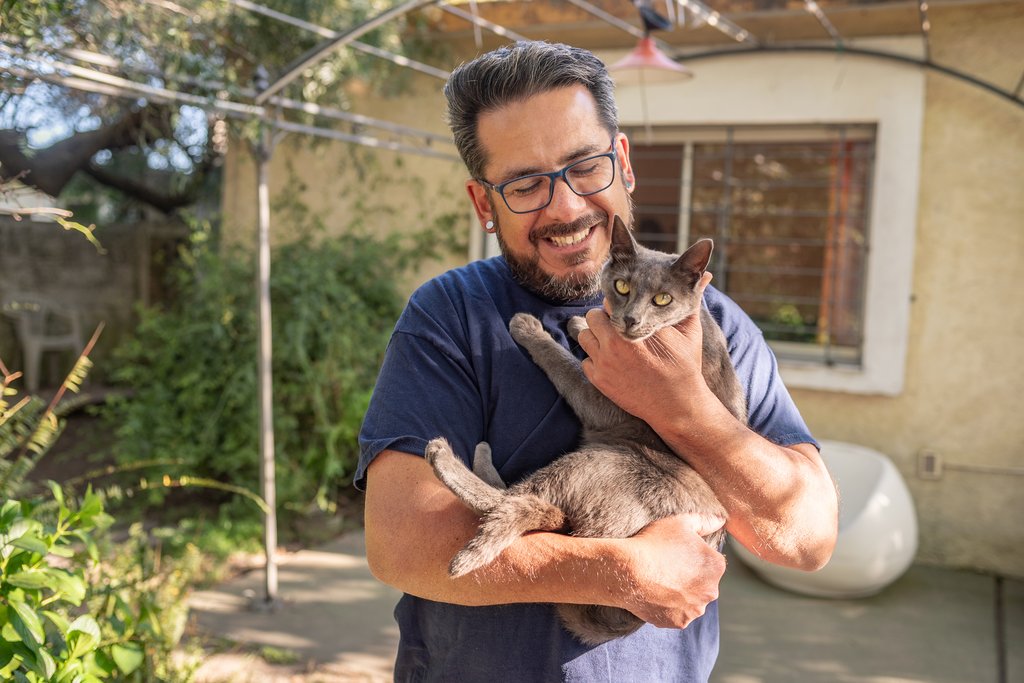 While I’m grateful for the history lessons shows like POSE and It’s a Sin have provided, their narratives are set at the height of the HIV/AIDS crisis resulting in storylines for characters that end in them dying. We need to see portrayals of characters as happy and thriving, as that’s truly how many people with HIV are living today.

I tested positive for HIV more than thirteen years ago, and I’m healthy, physically fit, sexually active, surrounded by the unconditional love of friends and family, and enjoying a successful career.

American actor and singer Billy Porter openly disclosed his HIV-positive status earlier this year, and has since collaborated with high-profile brands including Jimmy Choo, Clorox, and Amazon. That’s the right direction.

As brands work to make strides with representation and inclusivity in marketing, people living with HIV need to be considered.

Being visible across multiple media platforms creates the foundation for addressing outdated misconceptions, educating people unwilling to seek information, and empowering people who live with HIV.

Knowing that these types of pivots in media are a large undertaking, I’ve spent time ideating on how I can personally influence change. Earlier this year, I launched an online community (via Instagram) called The ART BAE Collective, which celebrates everyday people living with HIV.

Every human being is beautiful and a work of art in their own right. Living in the shadows is not beneficial to anyone’s growth, nor will it help reshape narratives and change our culture. 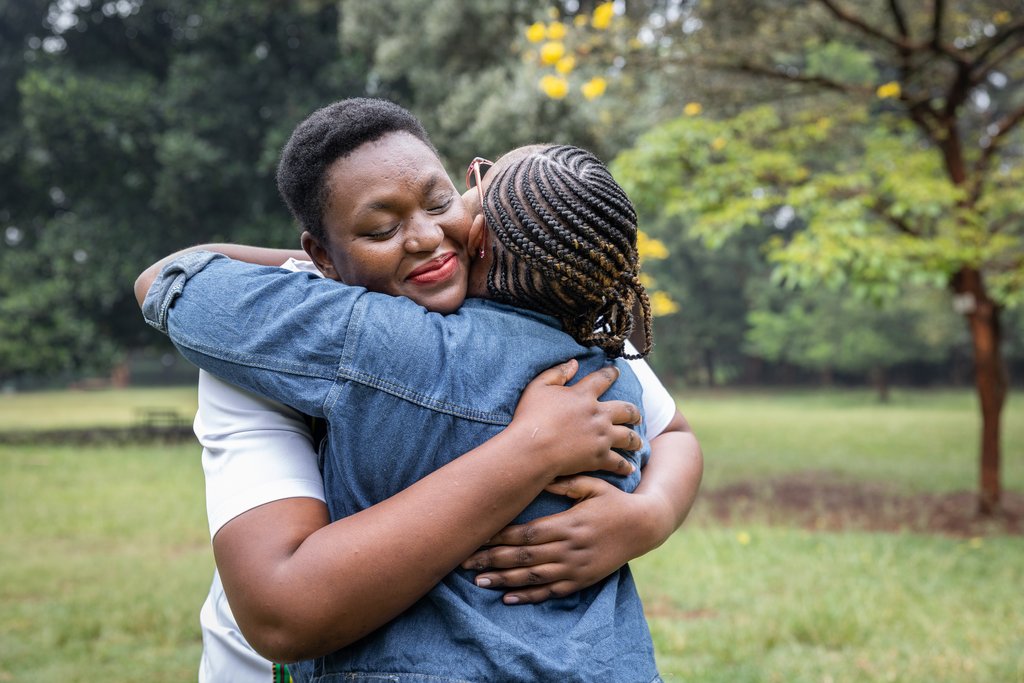 By consistently creating and publishing visual, share-worthy content that spotlights an array of individuals, my goal is to show the world that HIV does not discriminate, that adherence to HIV treatments has enabled us to live long and healthy lives, and that we are everyday people, too. 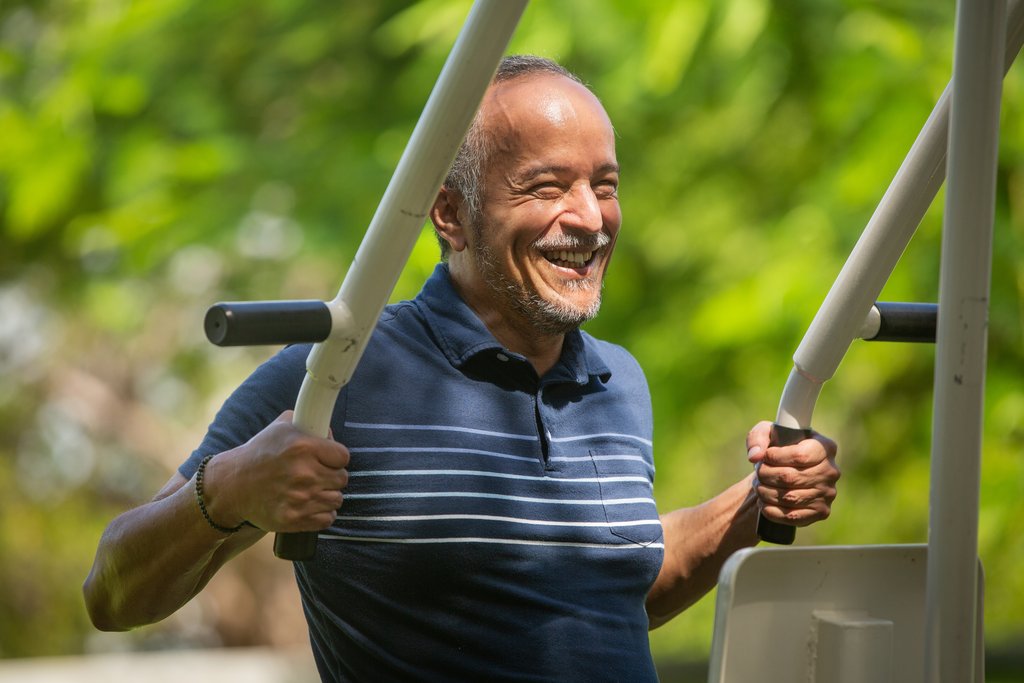 I admire the HIV in View initiative from Shutterstock Studios and ViiV Healthcare, as it similarly offers a collection of authentic images depicting what it really means to live with HIV.

I’m hopeful that this initiative, The ART BAE Collective, and others, can contribute to the momentum needed to eliminate stigma and discrimination, and accelerate acceptance of the millions of people like myself who are happy, thriving, and living with HIV.

The post How We Show It: HIV appeared first on The Shutterstock Blog.

Did you miss our previous article…
https://www.louisdallaraphotoblog.com/?p=2651