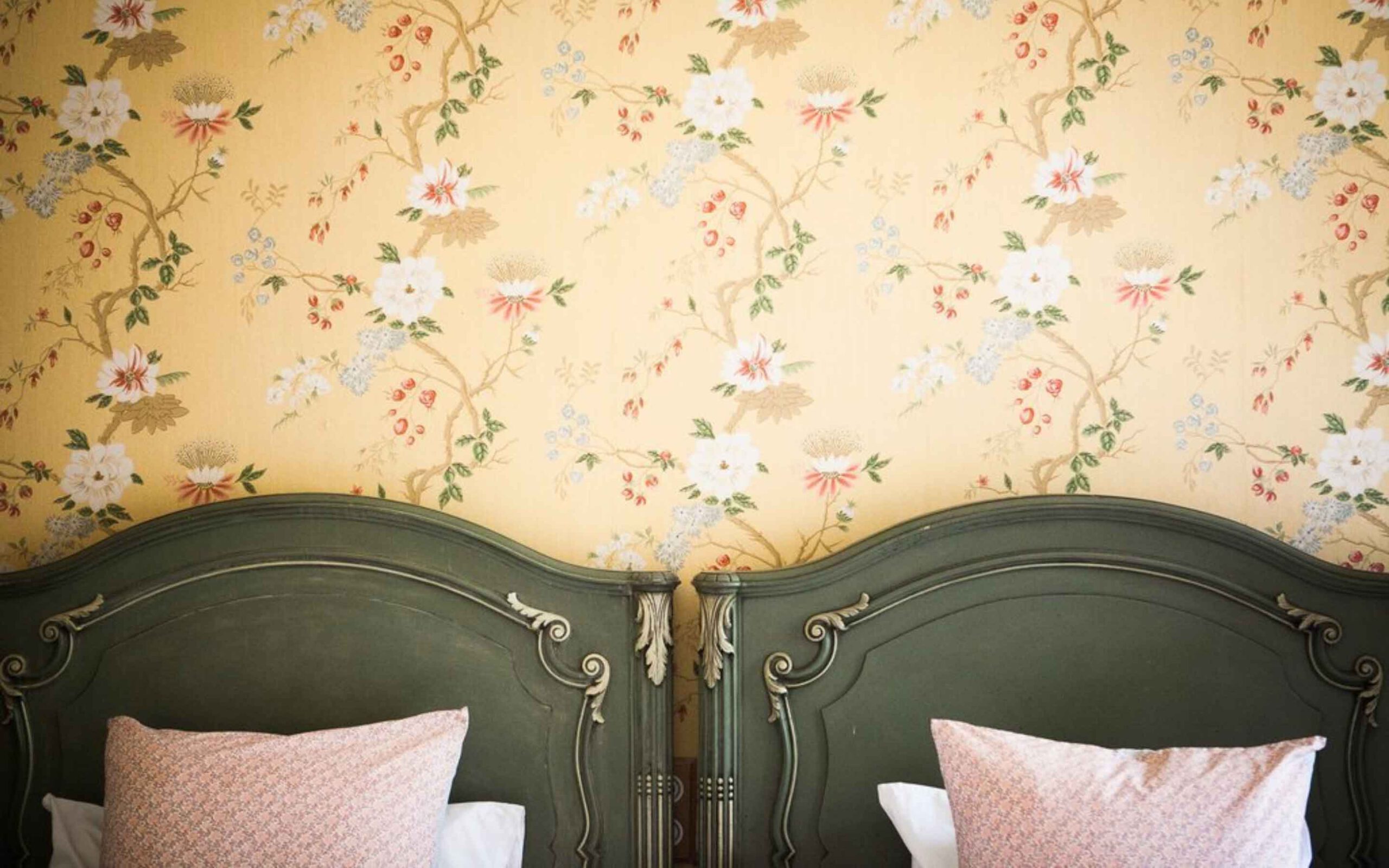 The rise and fall . . . and rise again of chintz. A timeless fashion reinvented by generations of charm, elegance, and worldly allure.

Outside of fashion history and interior design circles, the word “chintz” means something quite different than it did 400 years ago. If someone says something is “chintzy” in 2021, they mean that it looks cheap—frumpy, used-up, like something found in a reclusive grandma’s basement.

English novelist George Eliot is often credited as the first person to employ “chintzy” in such a way, writing an 1851 letter to her sister that included the line, “The quality of the spotted one is best, but the effect is chintzy and would be unbecoming.” Eliot’s usage, however, is now interpreted not as a dig at chintz, but at the pale imitations of the fabrics that were popping up all over England at the time.

Real chintz—which Eliot would likely have found very becoming—is a vibrant textile with a rich history, including the Mughal Empire, the Kennedy White House, and beyond. 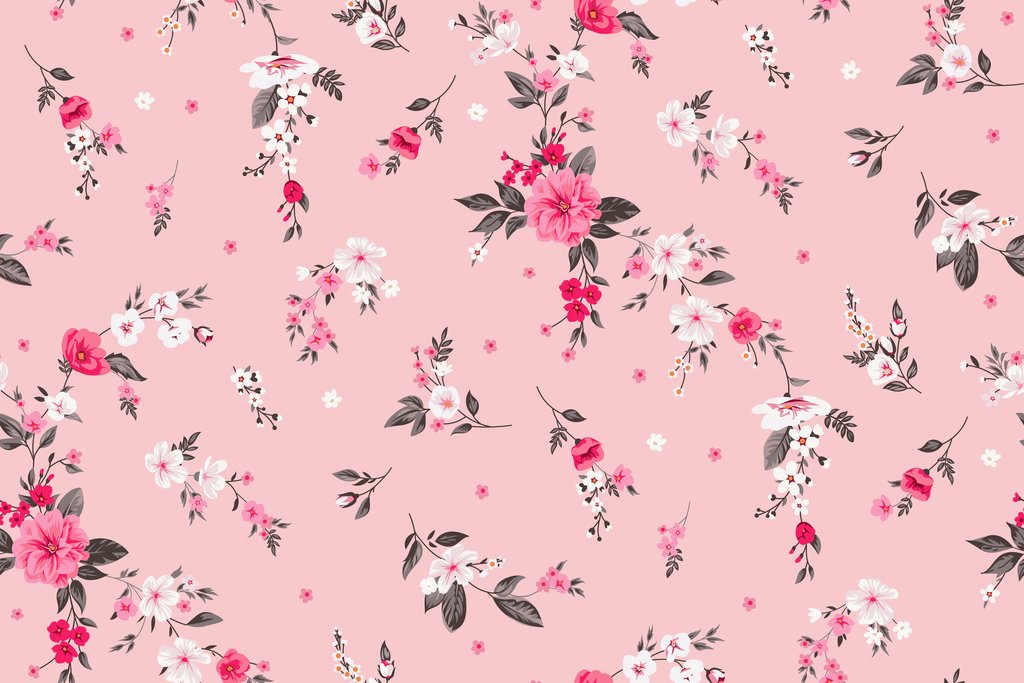 The Birth of Chintz

The word “chintz” is derived from a Hindi word meaning “spotted” or “variegated.” While India has been making and exporting textiles for thousands of years, “chintz” as we know it dates back to about the 15th century and refers to a glazed cotton fabric featuring colorful designs block-printed or painted by hand.

Indian textile makers were unparalleled when it came to dye, aided in part by the local availability of ingredients that could produce striking reds and blues. 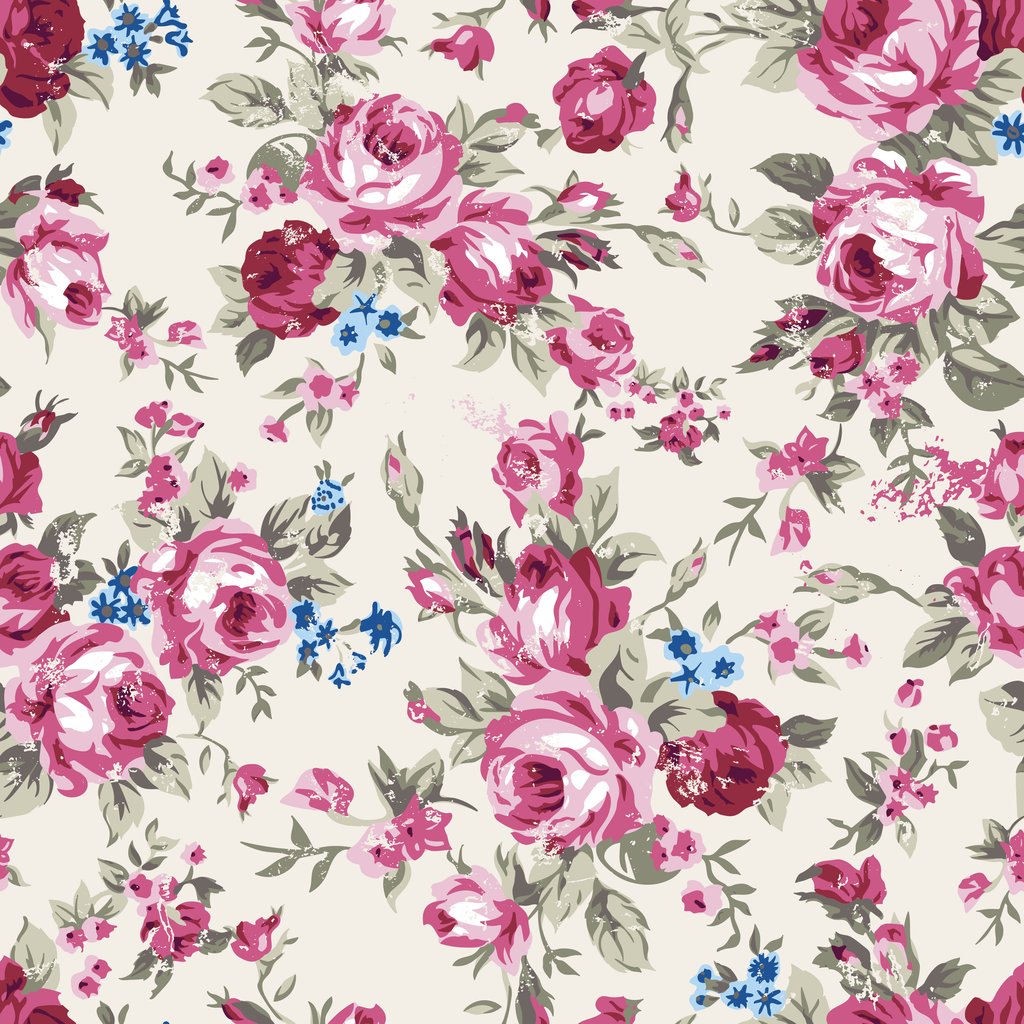 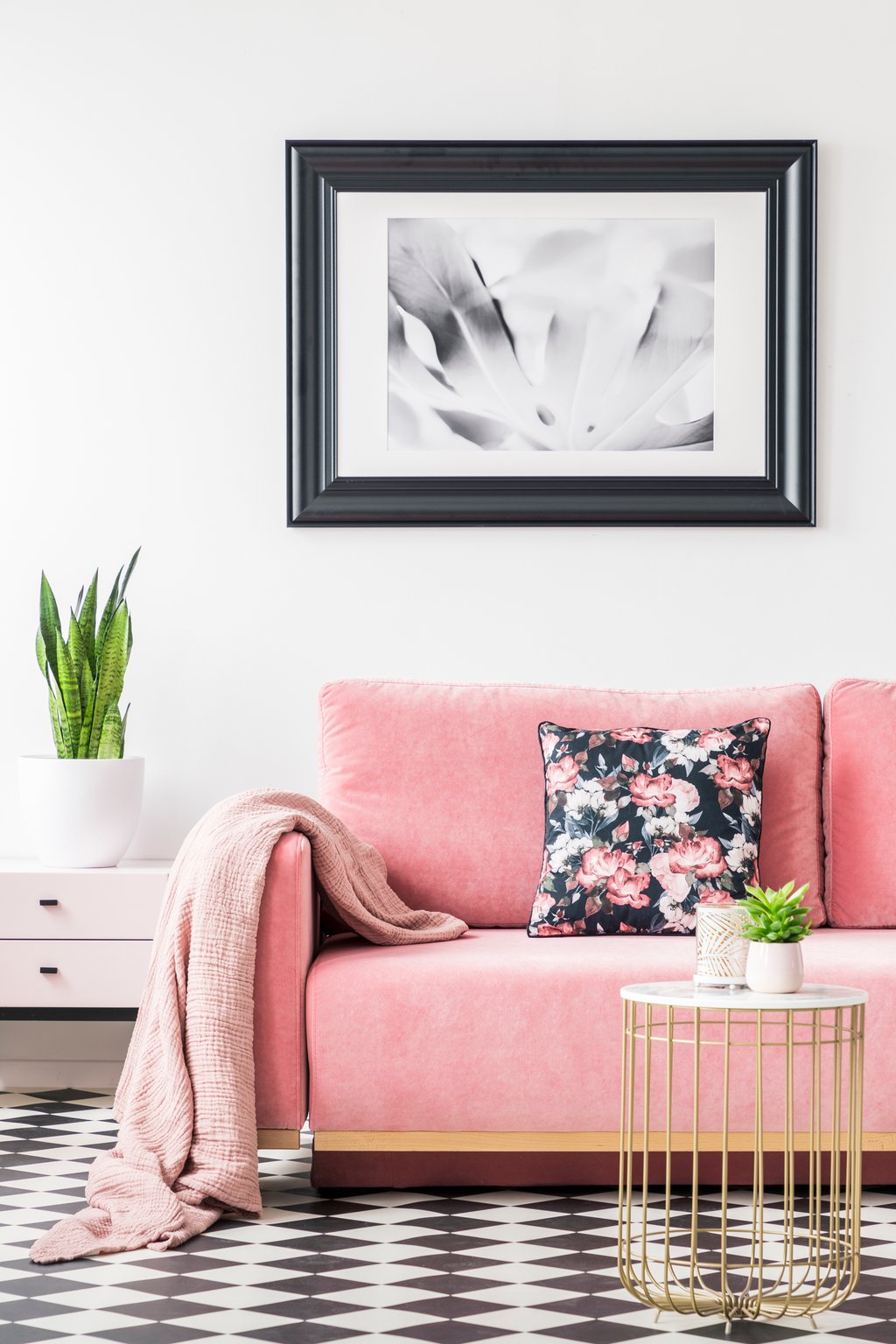 Chintz patterns are usually botanical in nature. Images via ColorMaker and Photographee.eu.

Then as now, chintz patterns were usually botanical, full of blossoming trees and luminous flowers. This is thanks in part to the Mughal emperors. Babur, who ruled from 1526 to 1530, spearheaded the construction of many gardens in his territory, while Jahangir (1605 to 1627) had his court artists paint an encyclopedia’s worth of pictures of flowers. This love for flowers trickled down from their palaces to become a popular decorative motif.

Chintz first made its way to Europe in 1498, when Vasco da Gama returned to Portugal with the fabric in hand. From there, its popularity exploded as French and Dutch traders traveled east and brought heaps of chintz back to their shores.

The textile initially took off for use in the home because it was so easy to clean. The glaze coating made it hardy and stain-resistant—perfect for upholstery or curtains. Samuel Pepys, the famous diarist, purchased chintz wallpaper for his wife in 1663, describing it as “very pretty.” 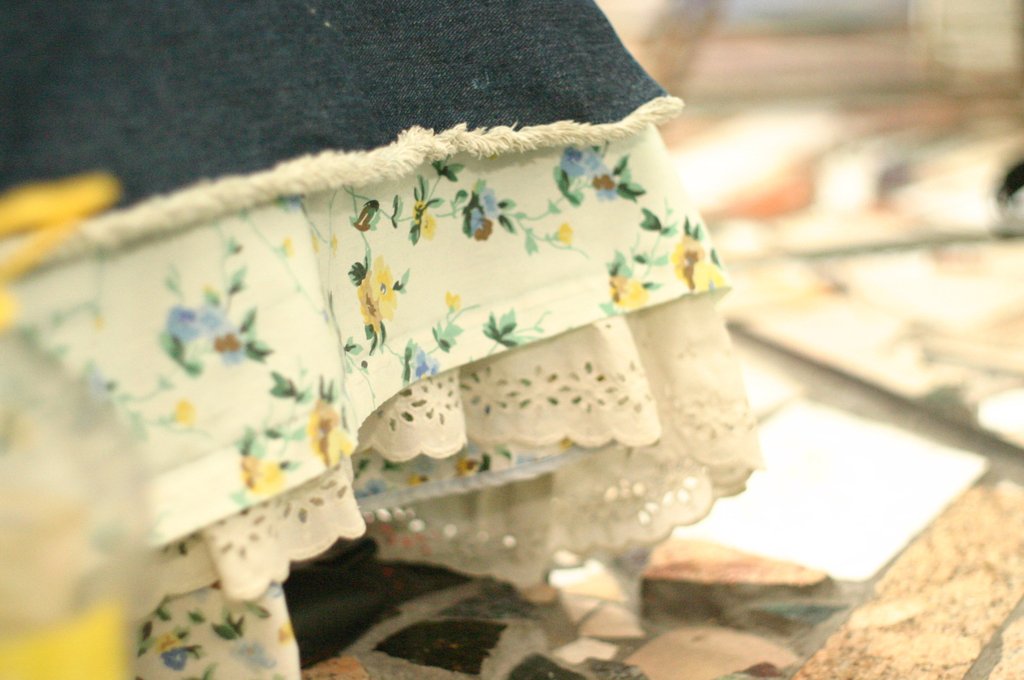 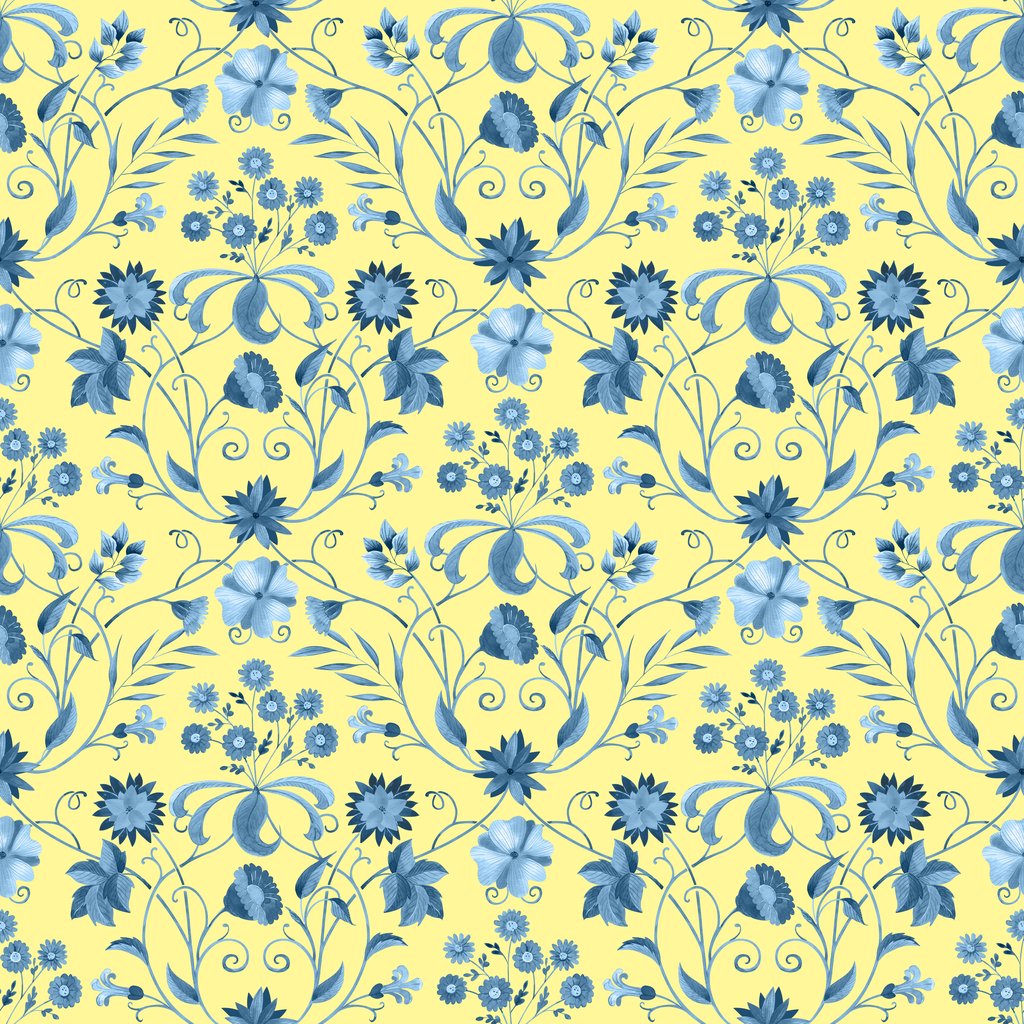 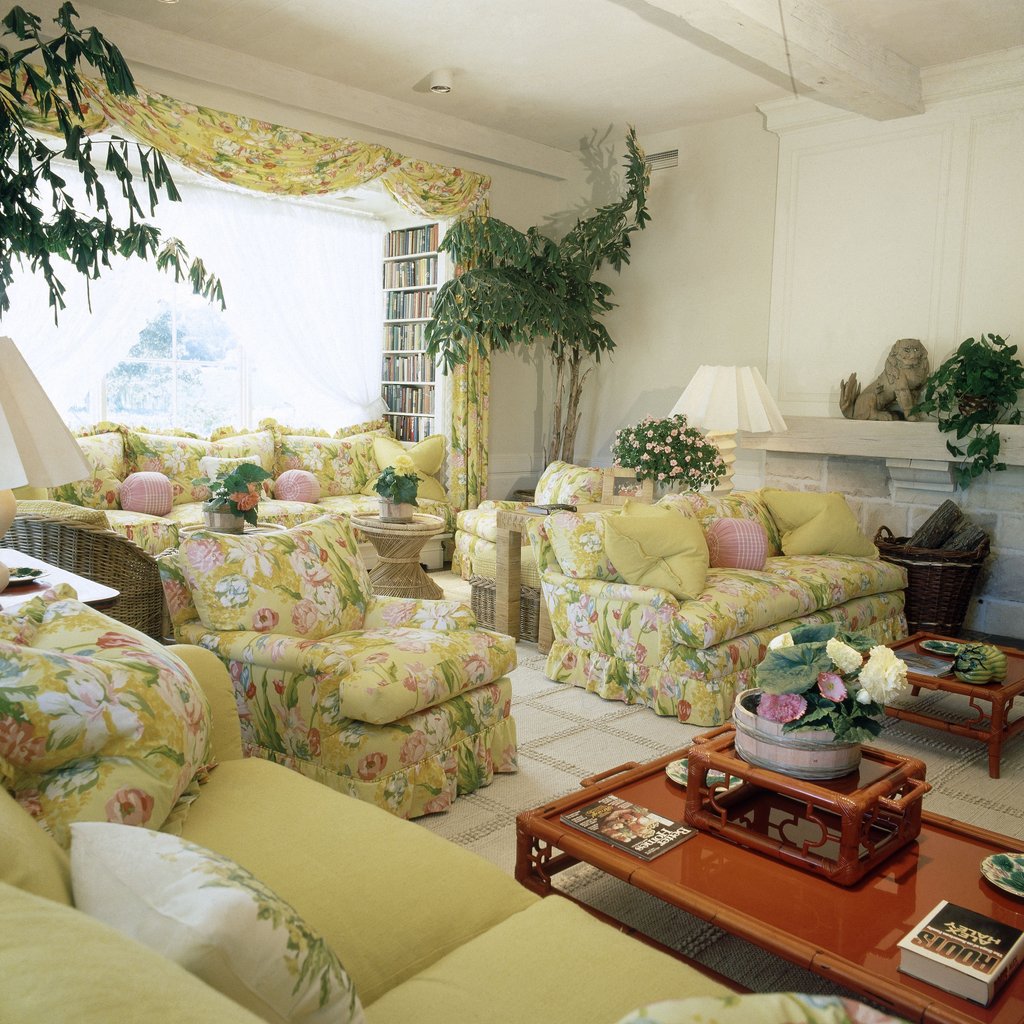 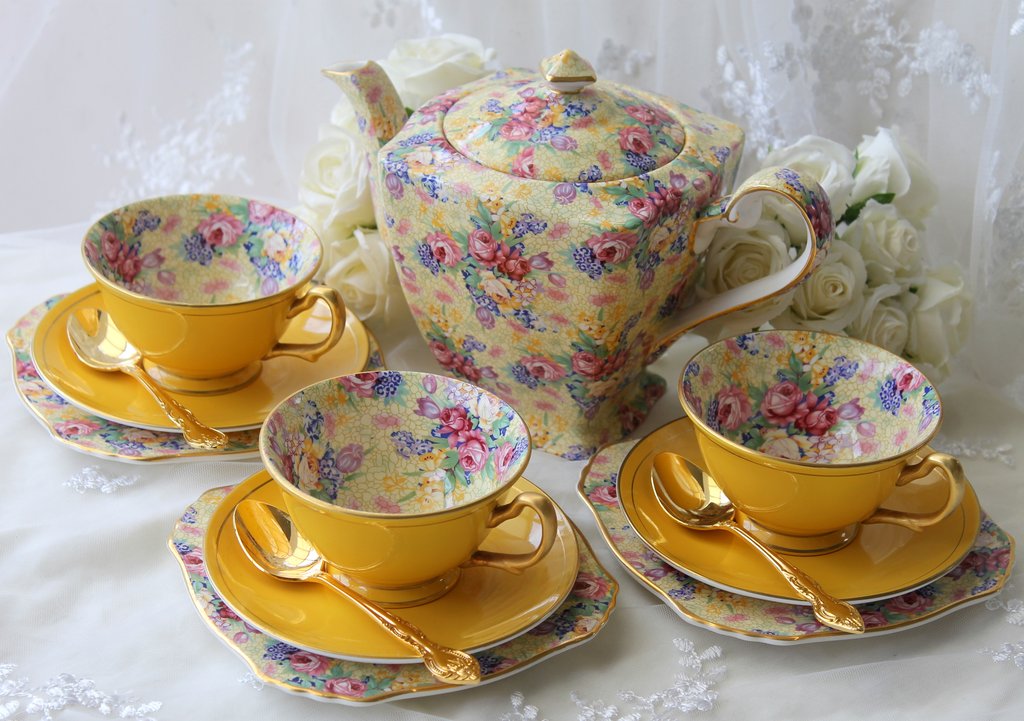 Leftover material was eventually made into clothing for the underclass. Images via Tana Lee Alves, Olga_Koelsch, Horst P Horst/Condé Nast/Shutterstock, and Alison Henley.

As the popular story goes, maids and servants were some of the first Europeans to use it for clothing, turning cast-offs from their employers into workaday dresses.

As sales of printed cottons like chintz, toile, and calico exploded, profits for European-produced fabrics like wool and linen declined. In response, several European governments banned cotton imports starting in the late 17th century, but this only added to the cachet of the forbidden fabrics. 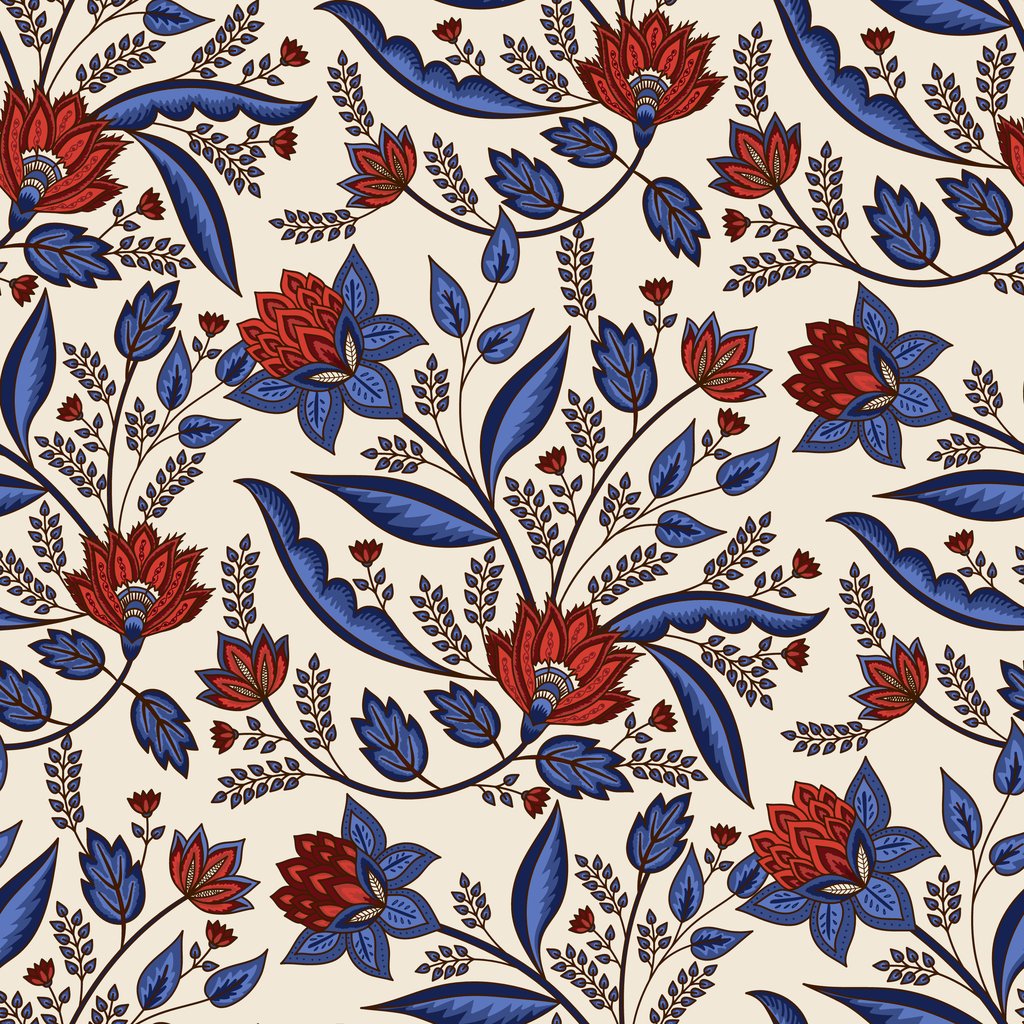 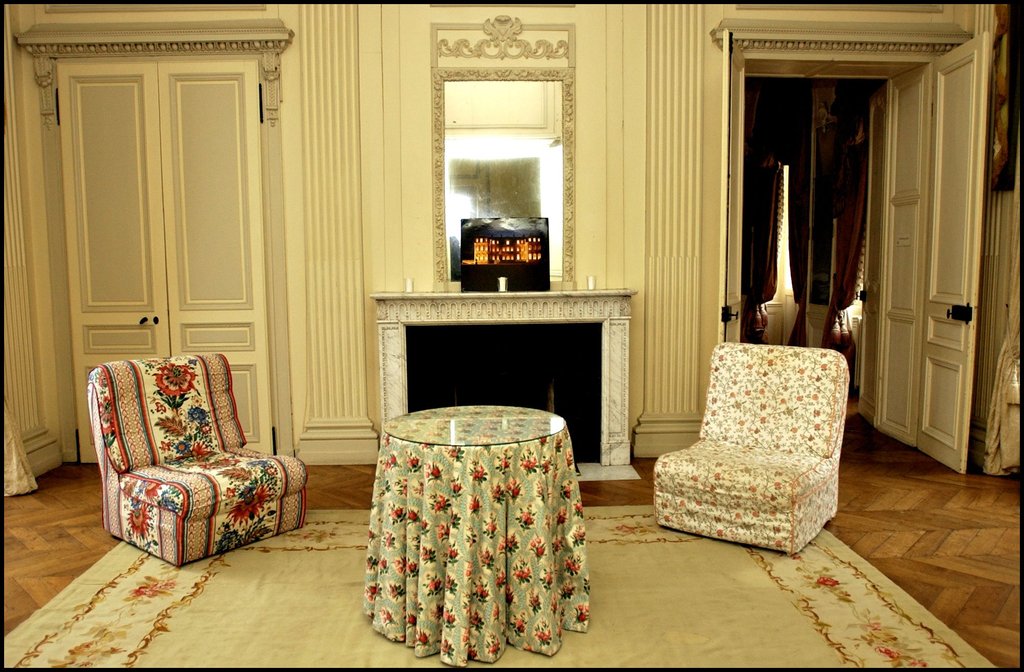 Once these fabrics became forbidden, the lure merely increased. Images via Irina Primavera and Lynn Hilton/Mail On Sunday/Shutterstock.

Traders continued to smuggle it in, and chintz became more popular than ever. With enough money to protect them from any consequences, aristocrats and courtiers often ignored the ban, flaunting their chintz fashions and home décor in places like the Palace of Versailles. 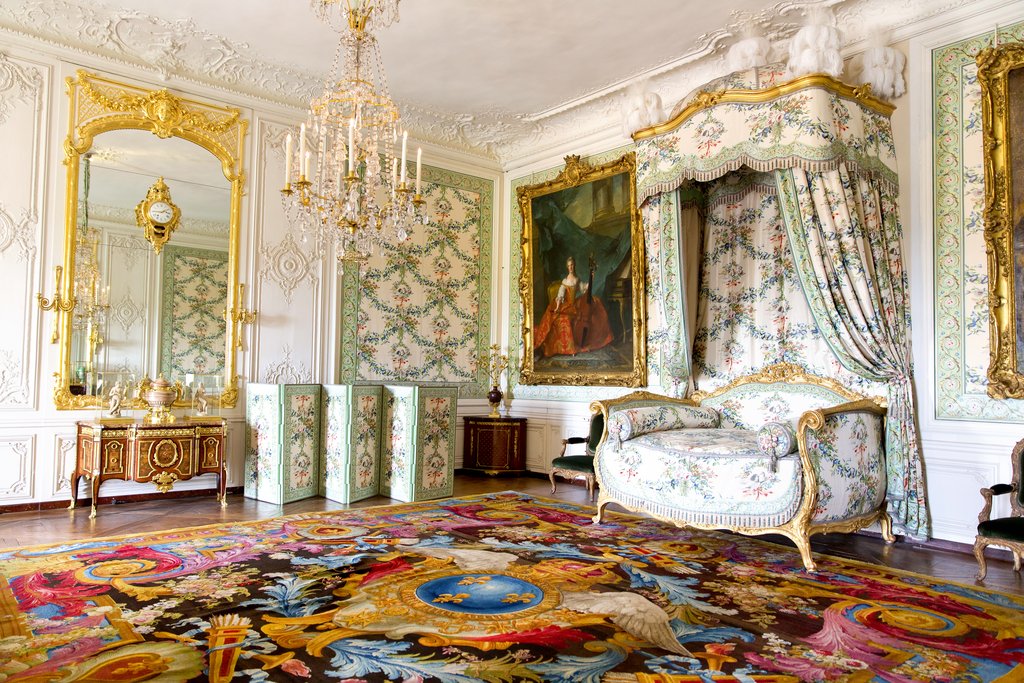 As the ban on cotton imports continued, European textile manufacturers had to get creative. They tried to print their own versions of chintz, but without any local sources for the dye that made Indian chintzes so vibrant, they were quite literally pale imitations of the real thing. This began to change in the late 1700s, when the Industrial Revolution made it easier to print colorfast fabrics on a larger scale. 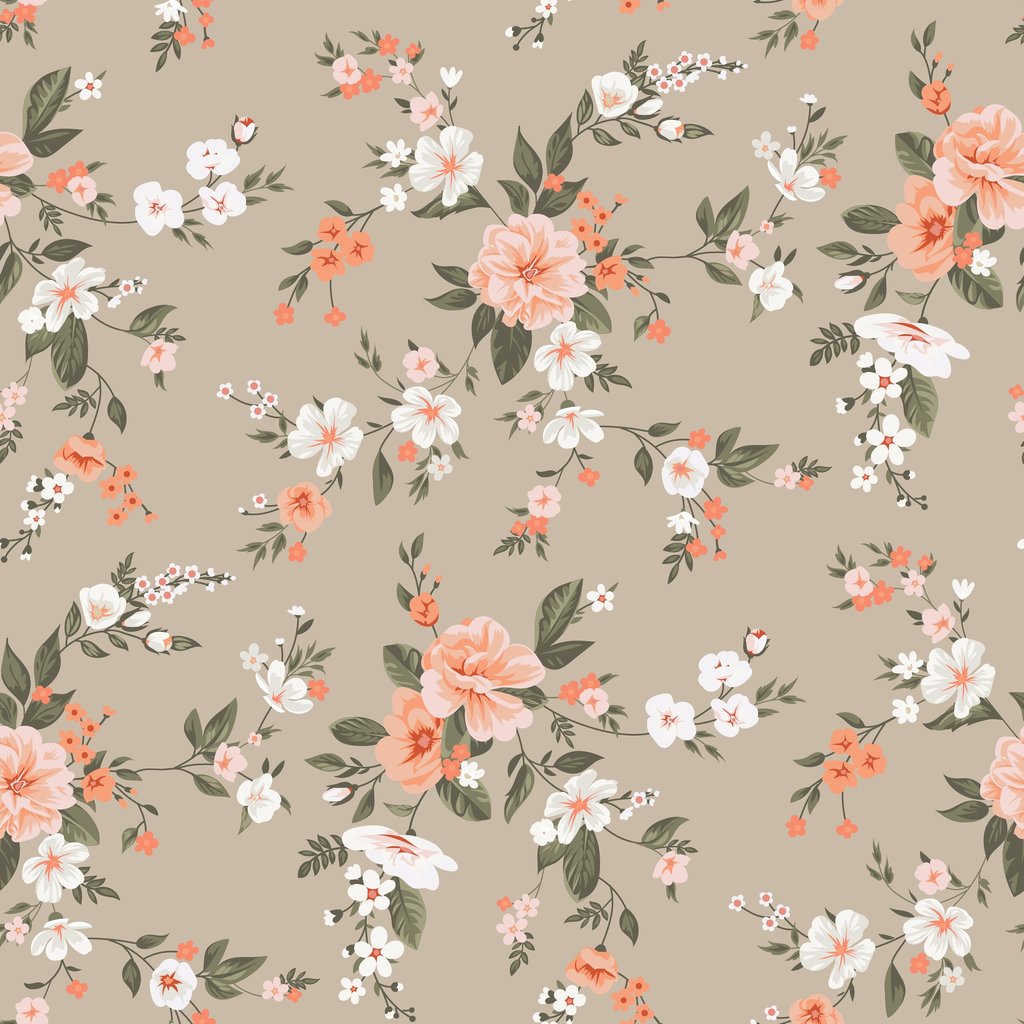 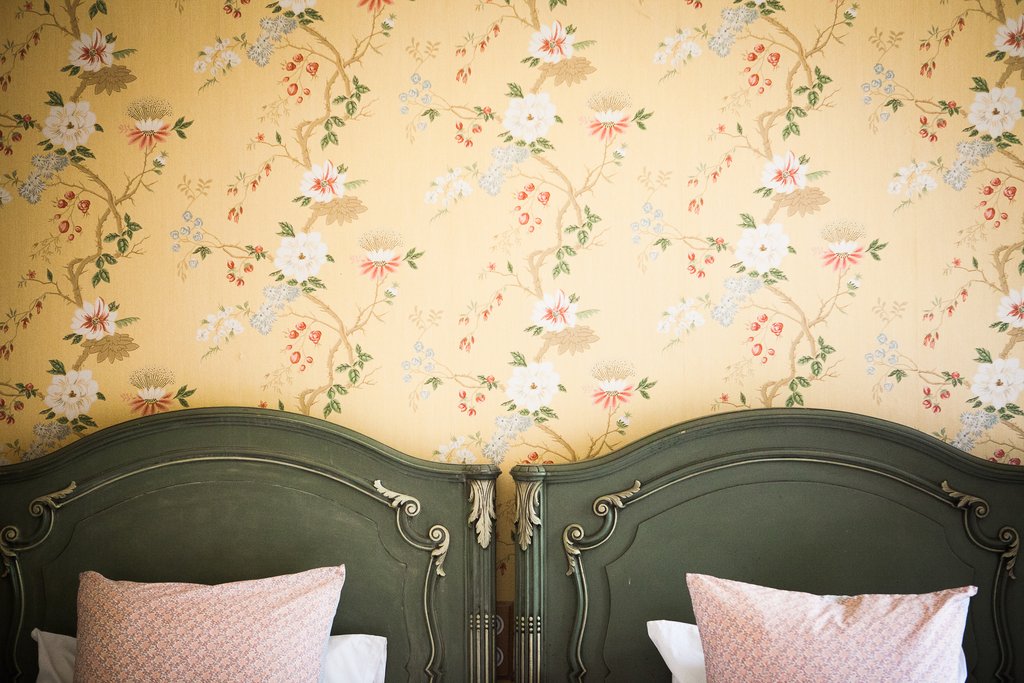 The U.S. provided an abundance of chintz, so its popularity rose. Images via Ma ry and Kelsey and Co Photo.

Europe also no longer had to rely on Asia for cotton imports, as there was a new country with a huge amount of the textile ready for export—the United States. Between the invention of the cotton gin in 1793 and American farmers’ use of enslaved labor to harvest the plant, cotton was cheaper and more abundant than ever before. 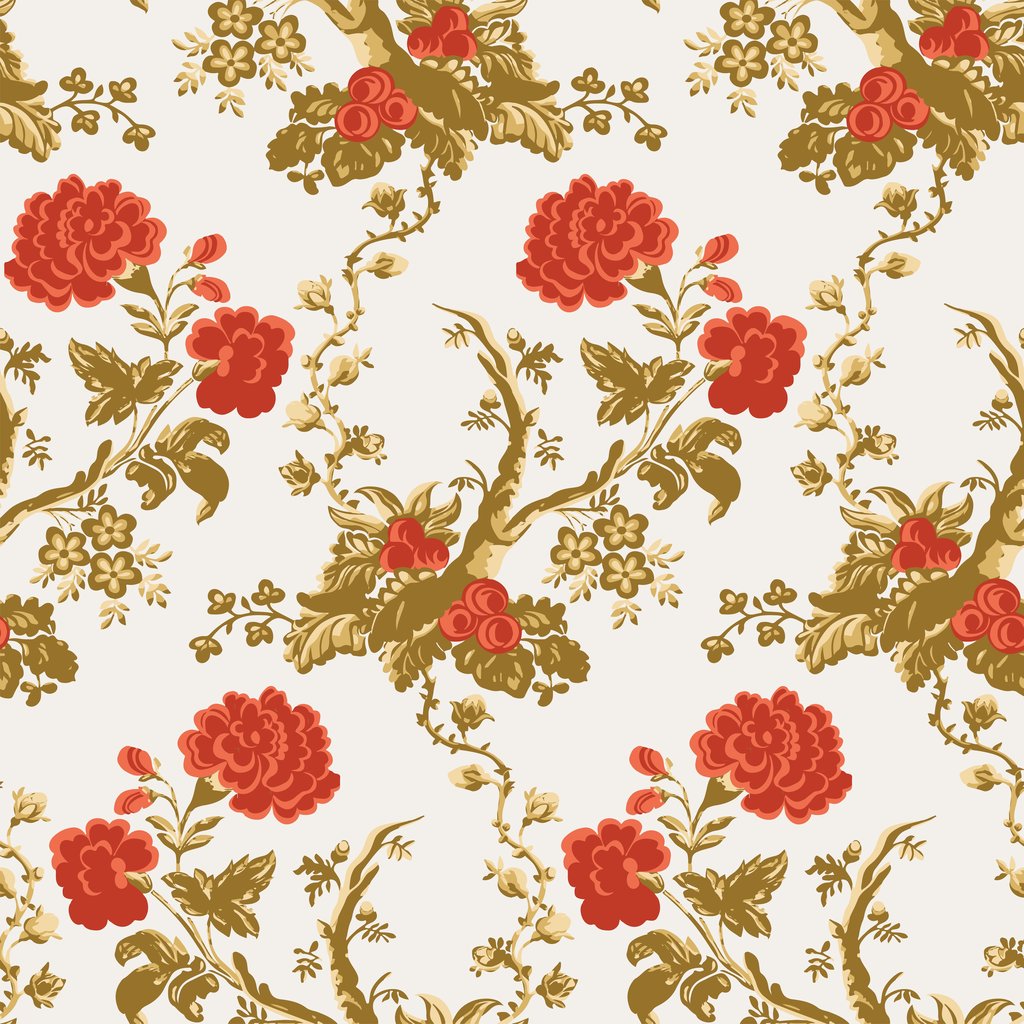 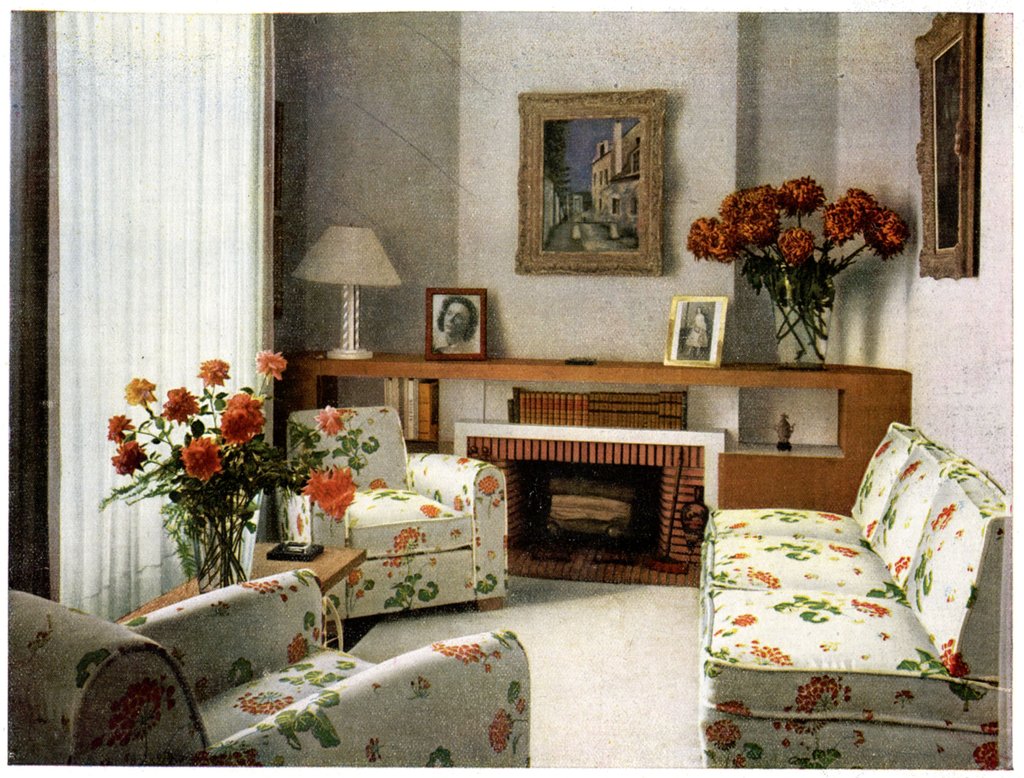 Once the fabric became readily available, it (of course) fell out of fashion. Images via Efefne Design and Cci/Shutterstock.

This, ironically, was one of the reasons that chintz fell out of fashion by the time George Eliot coined her particular definition of the word. Once anyone could buy chintz, it no longer had the allure it did when it was a precious commodity imported (or smuggled) from a distant country. It was, in a word, chintzy.

As with most things in fashion, chintz’s popularity is cyclical. After lying dormant during the Victorian era, it came roaring back in style during the 20th century. The first chintz resurgence happened in the 1920s, when people were looking for something comforting and homey after the terror of World War I. 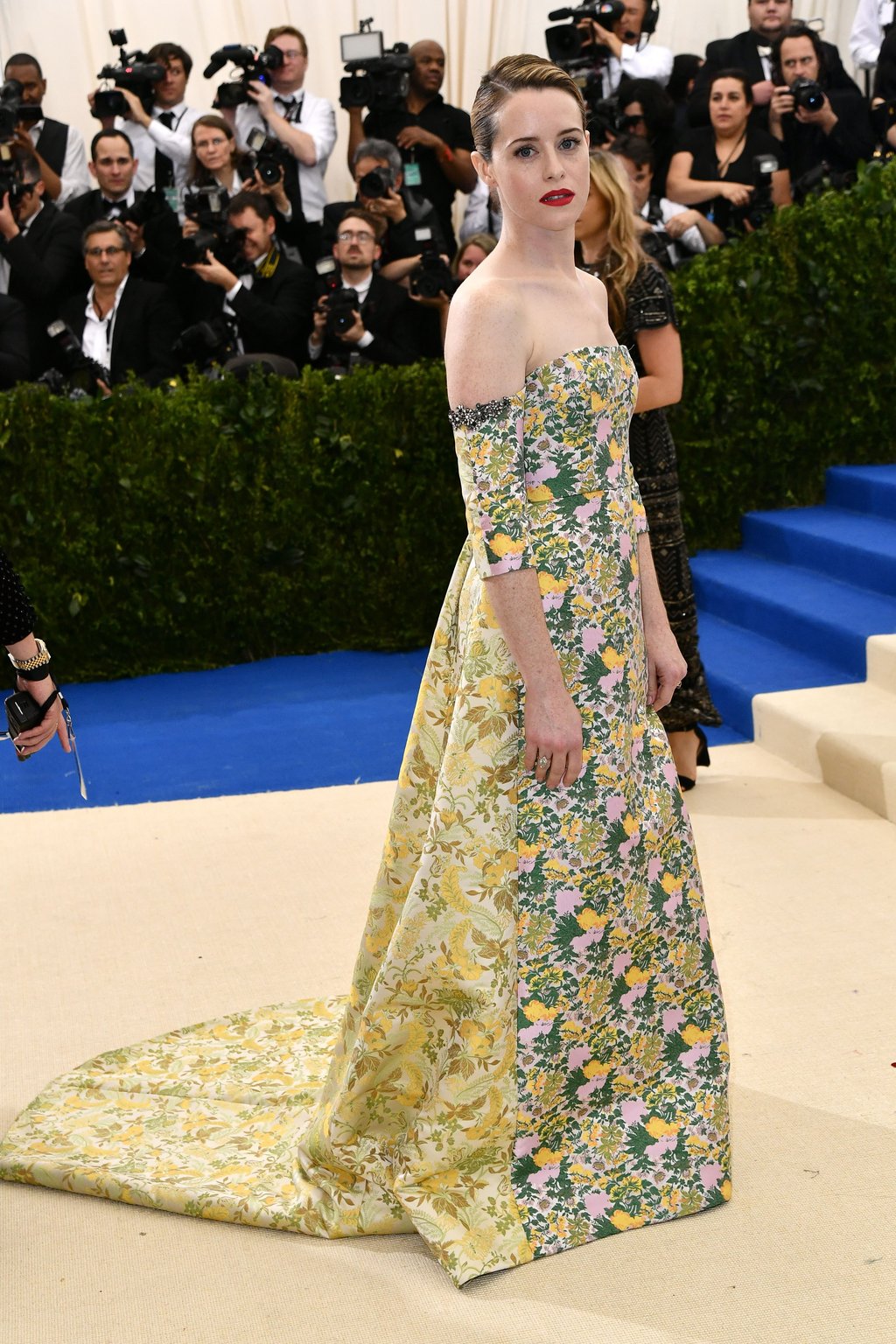 And, as with any fallen fashion (hello, mom jeans), chintz made a 20th century comeback. Image via Rob Latour/Shutterstock.

The same pattern repeated itself in the 1940s after World War II, with chintz drapes and floral-patterned sofas showing up in the living rooms of British society matrons and American homemakers alike.

Jacqueline Kennedy Onassis, ever the arbiter of taste, gave chintz another boost in the 1960s when she decorated a White House bedroom using a pattern known as “orange blossom chintz.”

On the hipper end of the spectrum, Marc Bolan described “a cultured man with rings” wearing “robes of chintz” in the 1971 T. Rex song “Once Upon the Seas of Abyssinia.” 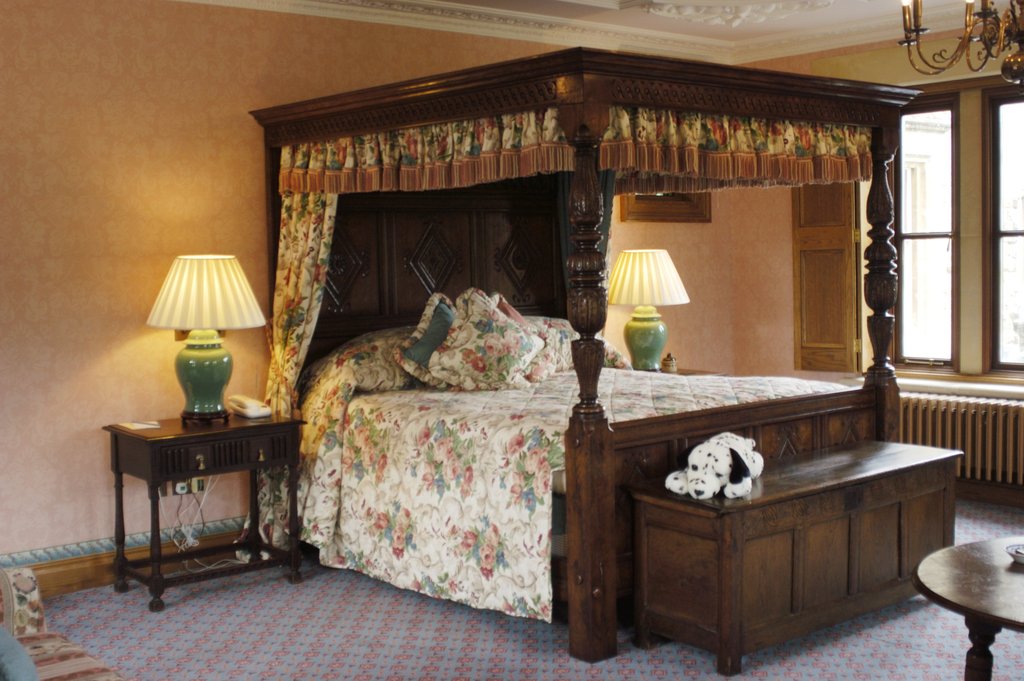 Though the ’80s are largely remembered as a decade full of neon, glitter, and spandex, chintz had a heyday then, too. Laura Ashley, the Welsh designer behind her namesake line of floral dresses and home furnishings, died in 1985, but her brand lived on to become synonymous with the kind of homespun elegance one might find in an English country home.

Princess Diana, another fashion icon of the decade, was photographed in a Laura Ashley look on several occasions. She seemed to be, overall, a fan of chintz. 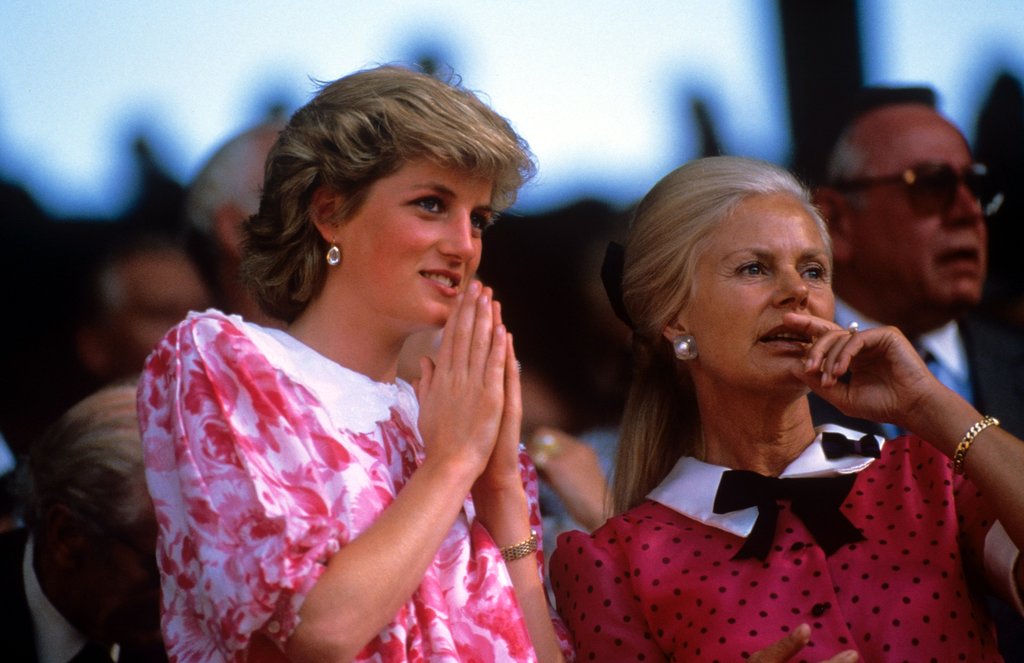 Back with a Vengeance

The ’90s brought a wave of minimalism to both fashion and home décor, meaning that chintz was once again out of style by the time the Clintons were at home in the White House.

In 1996, IKEA ran an infamous ad called “Chuck Out Your Chintz,” which showed homeowners gleefully ripping down their chintz curtains and tossing floral-patterned sofas out on the street. 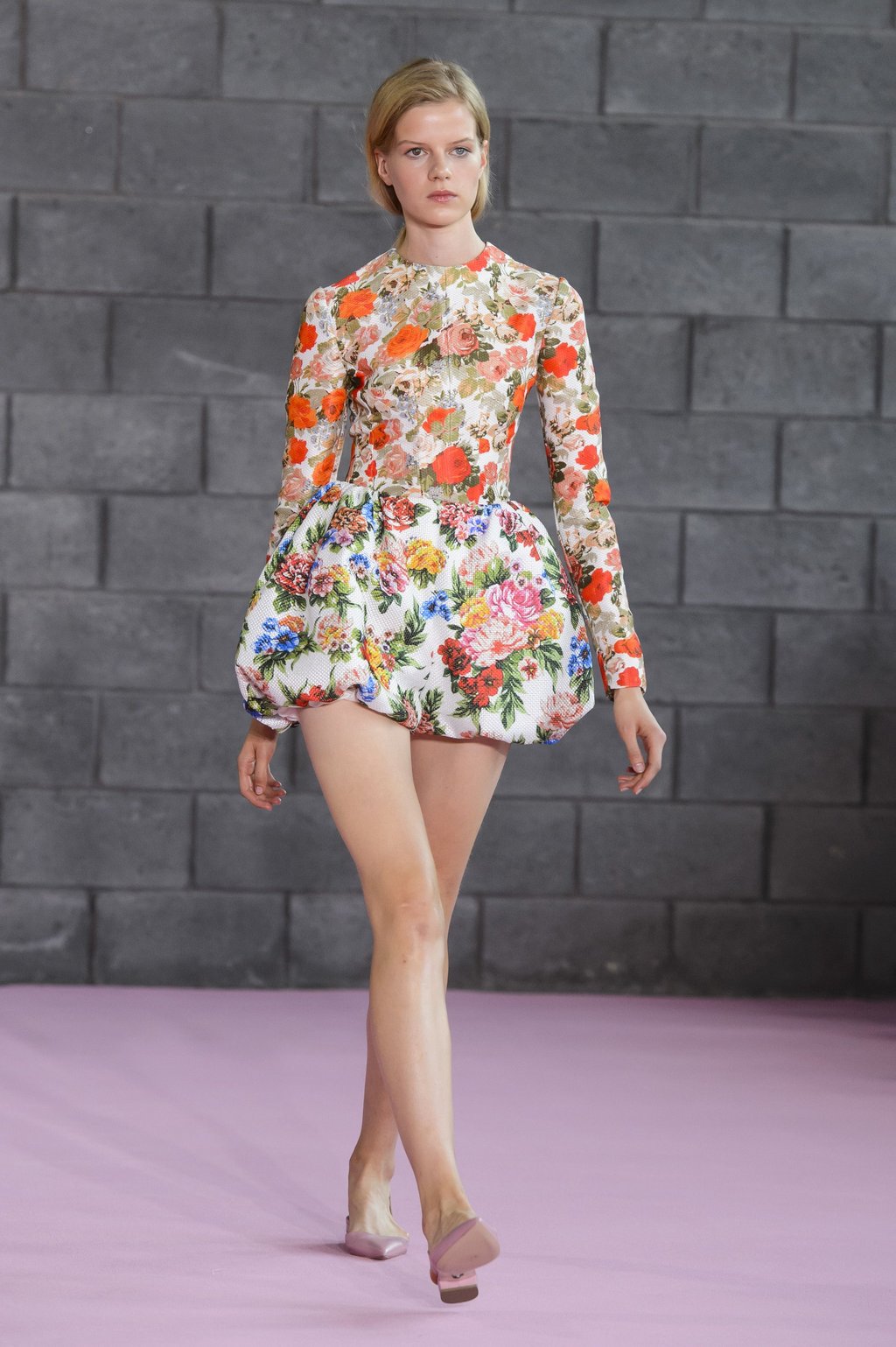 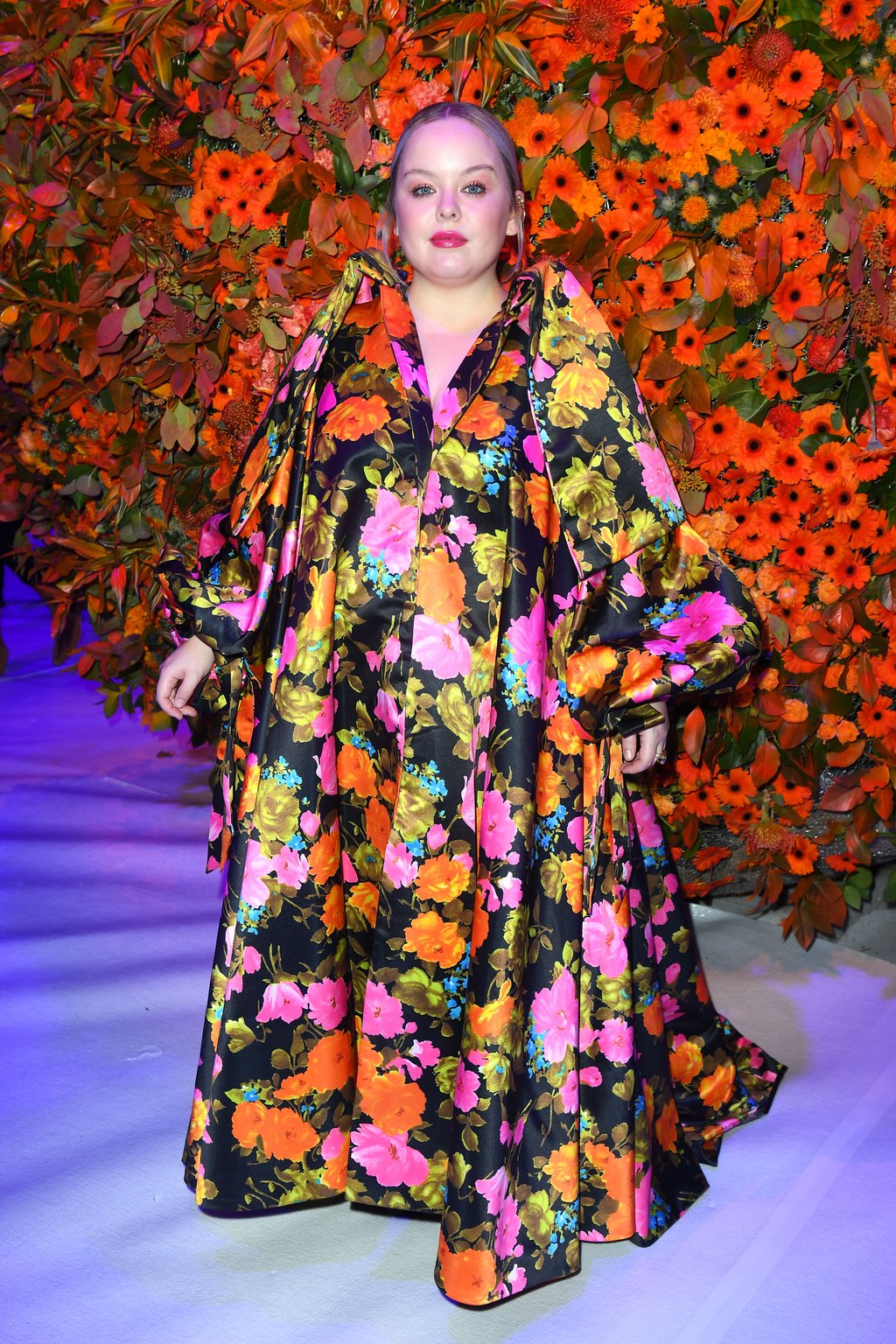 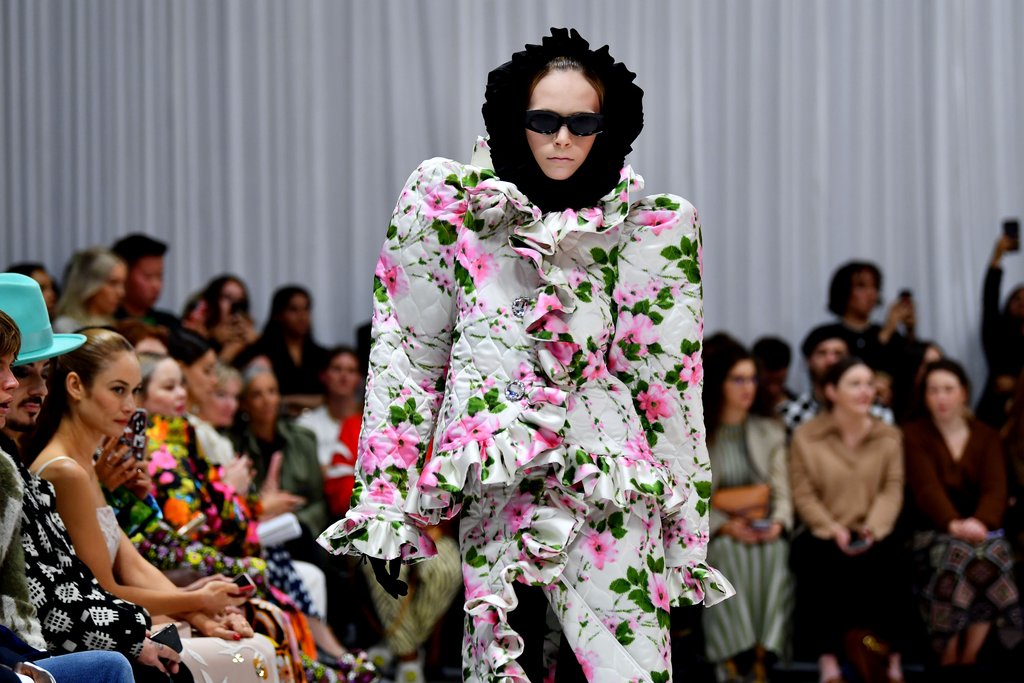 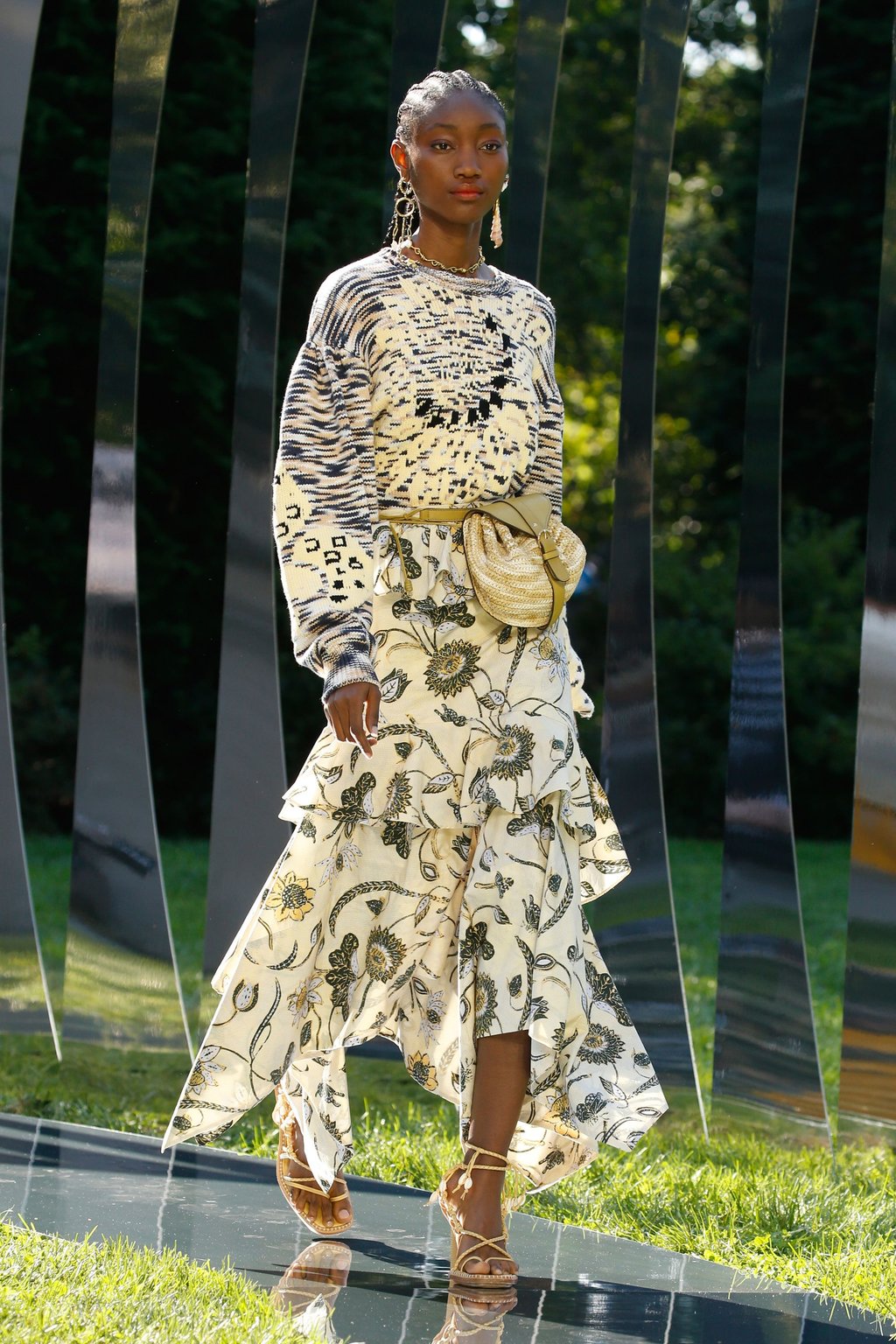 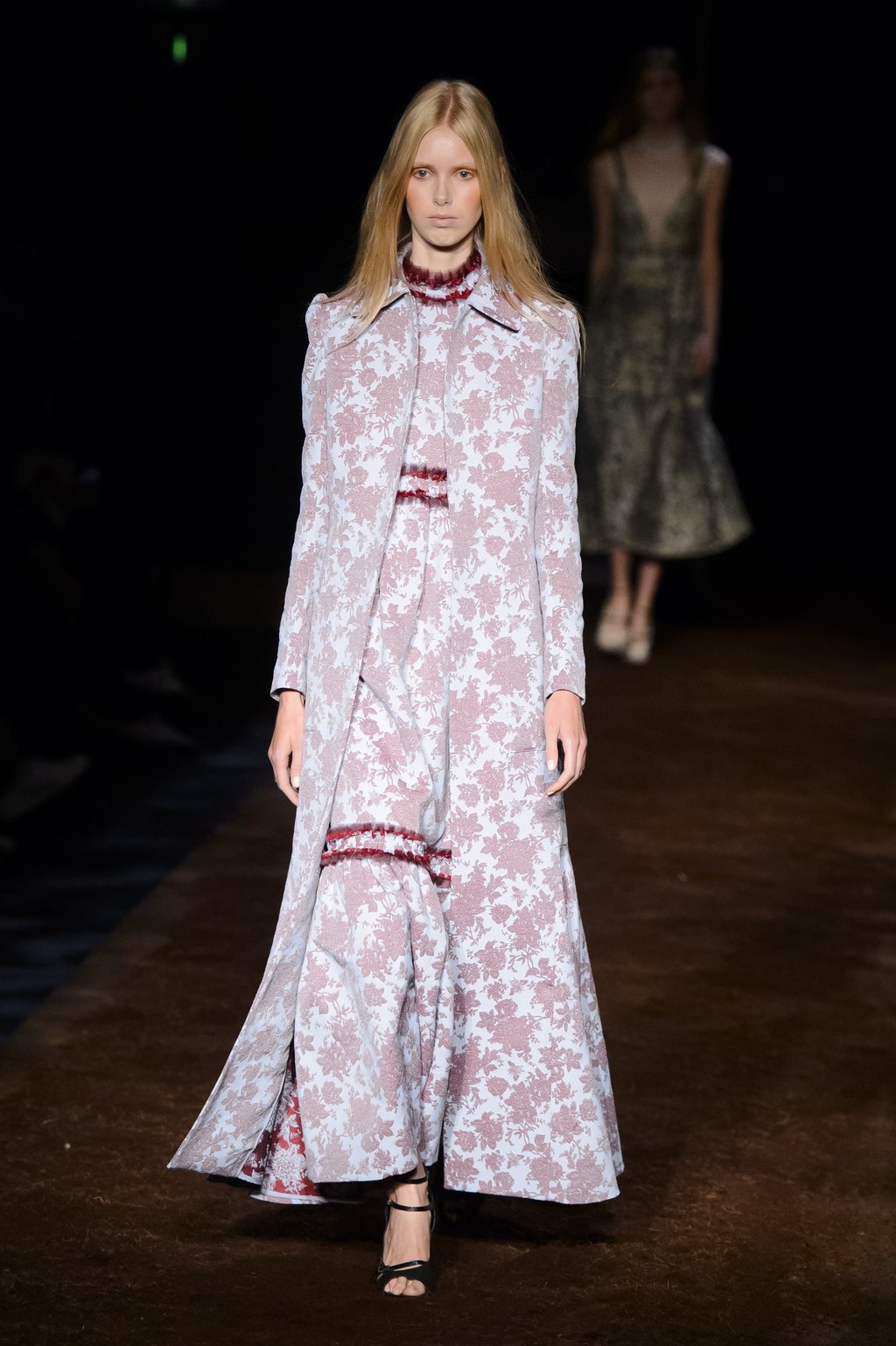 But chintz, always hardy, is back again in the 21st century, popping up in home décor once more and on high-fashion runways. Richard Quinn and Gucci’s Alessandro Michele have made the fabric cool again, using it in head-to-toe ensembles with matching face masks (Quinn) and on luxurious tasseled armchairs (Michele).

It may fall out of fashion again before the decade is over, but as the past few centuries have proven, it’ll always make a comeback.

A few more fashion favorites for you:

The post The High-Spirited History of Chintz appeared first on The Shutterstock Blog.

Did you miss our previous article…
https://www.louisdallaraphotoblog.com/?p=2851

For the holiday season, we asked our print-on-demand partners to share a few gift ideas inspired by products that feature Shutterstock images. Take a look and happy gifting! The holidays are just around the corner, and that means gifts. At Shutterstock, our love for images and visuals knows no bounds, which is why we’ve put…